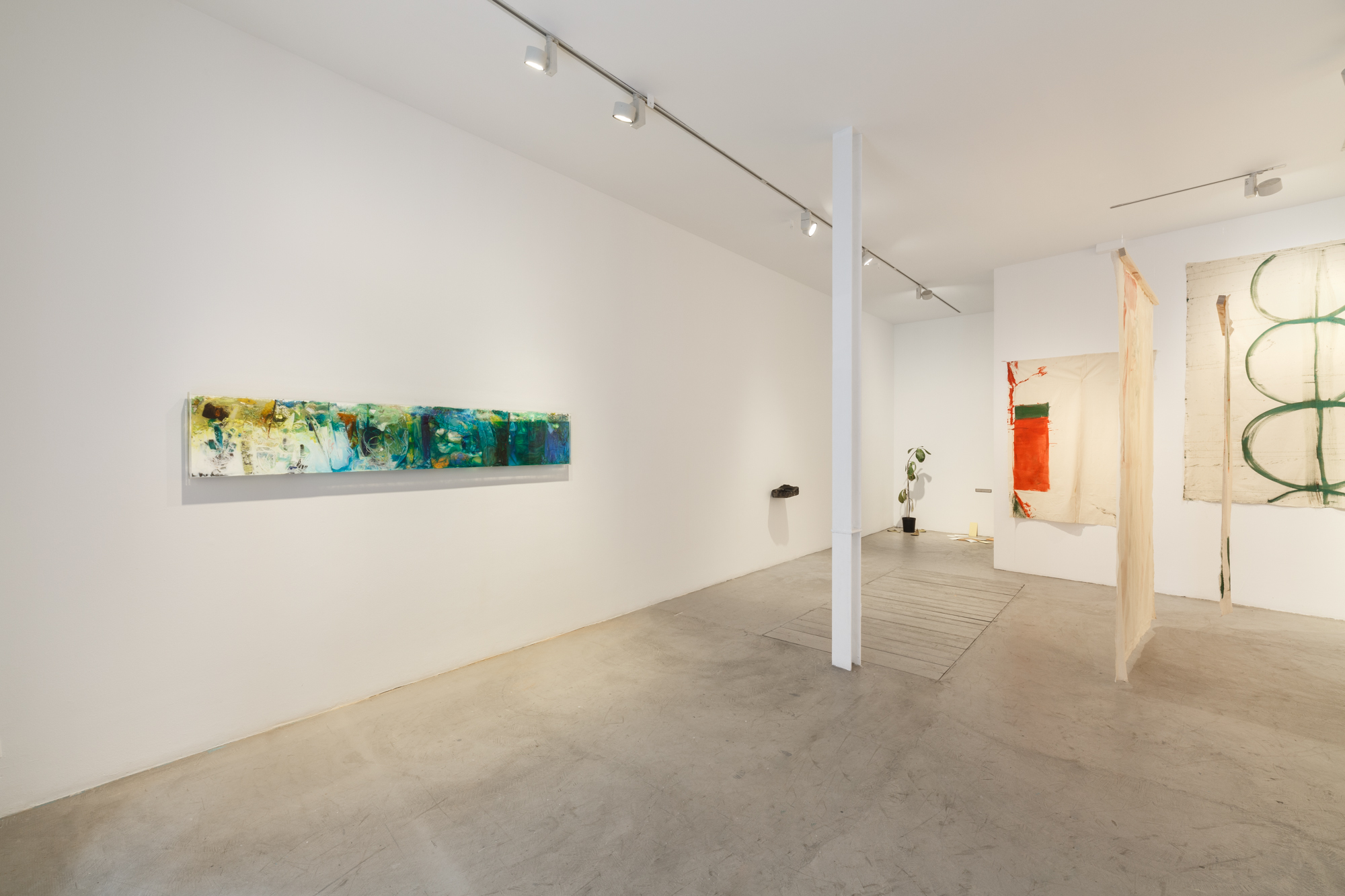 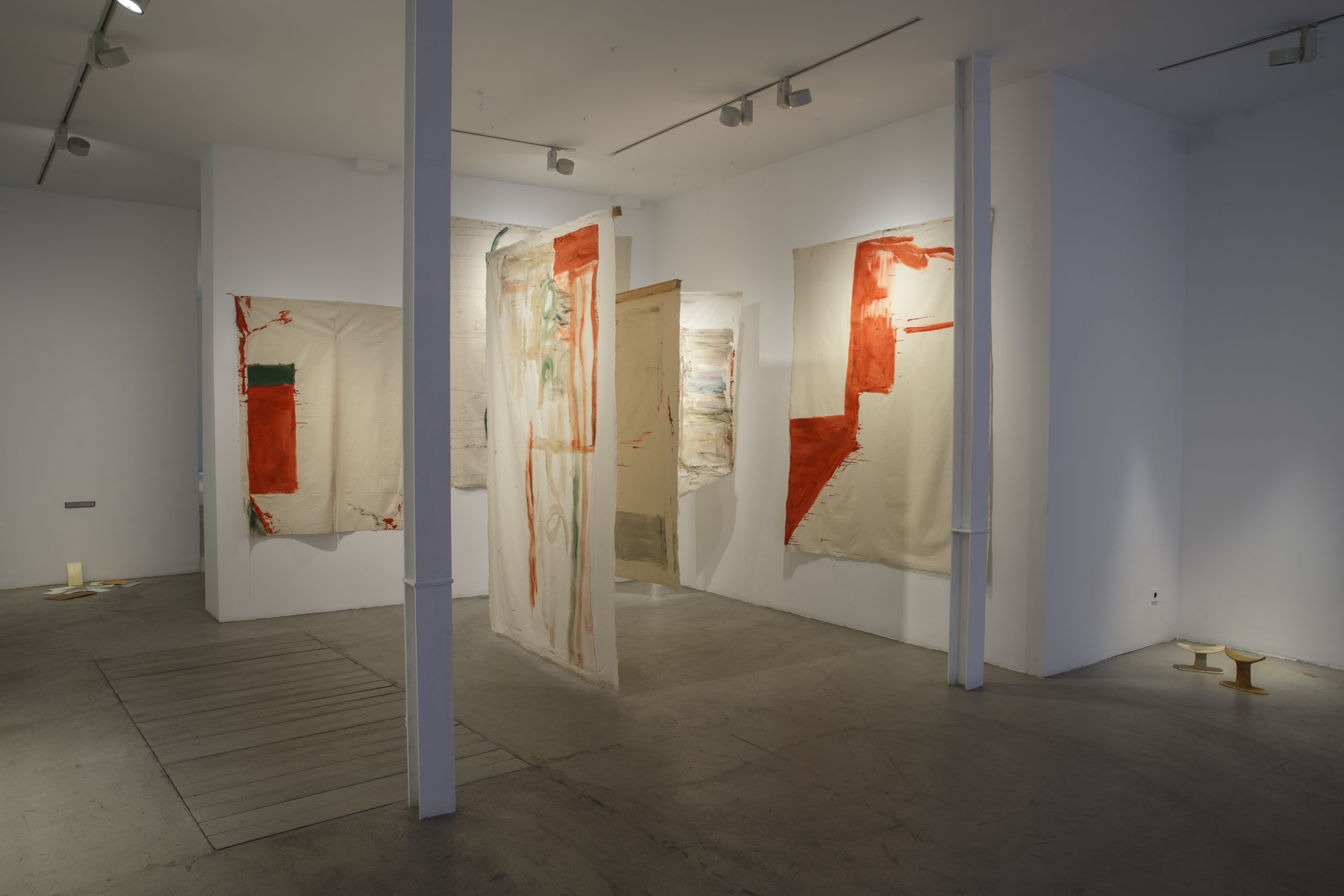 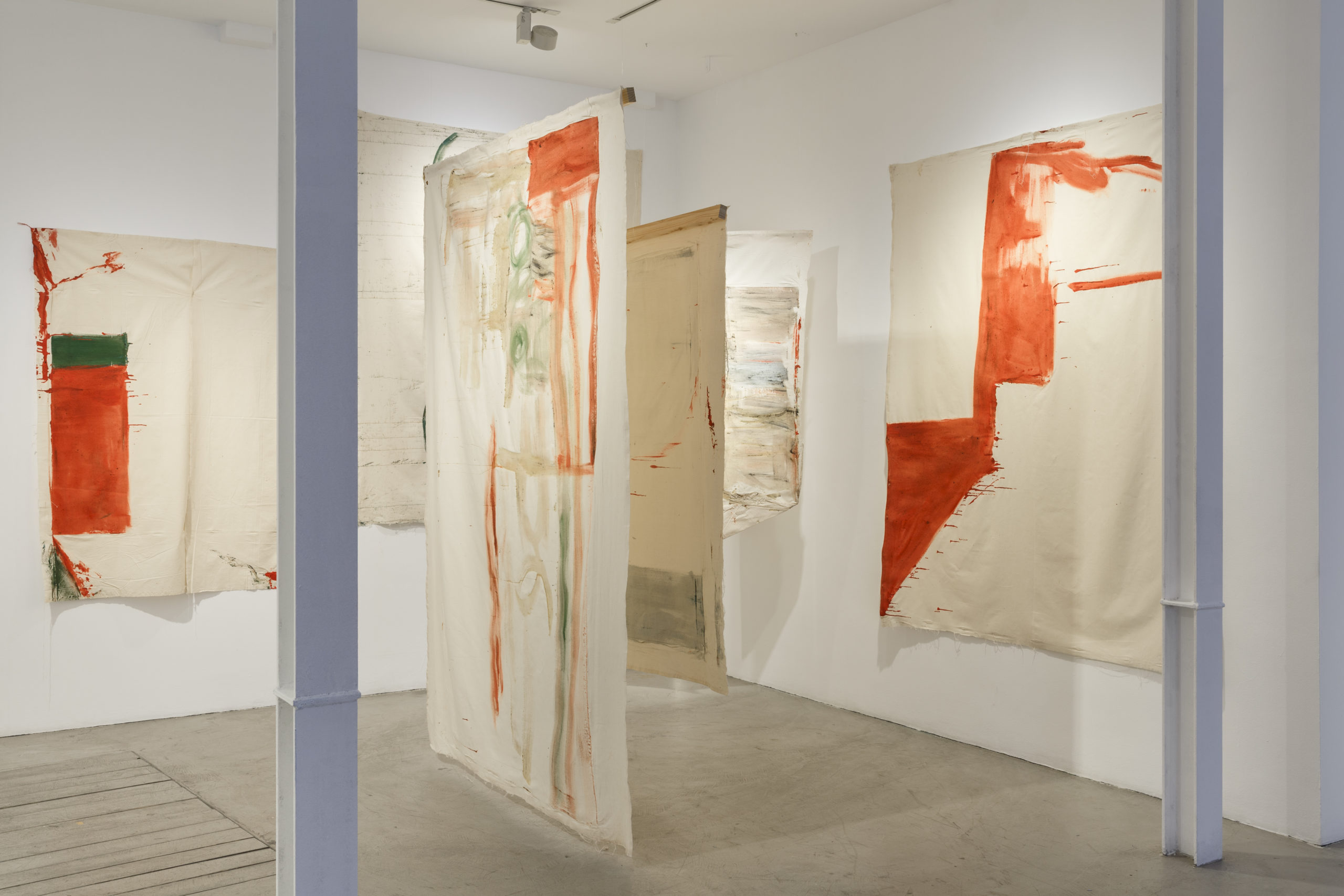 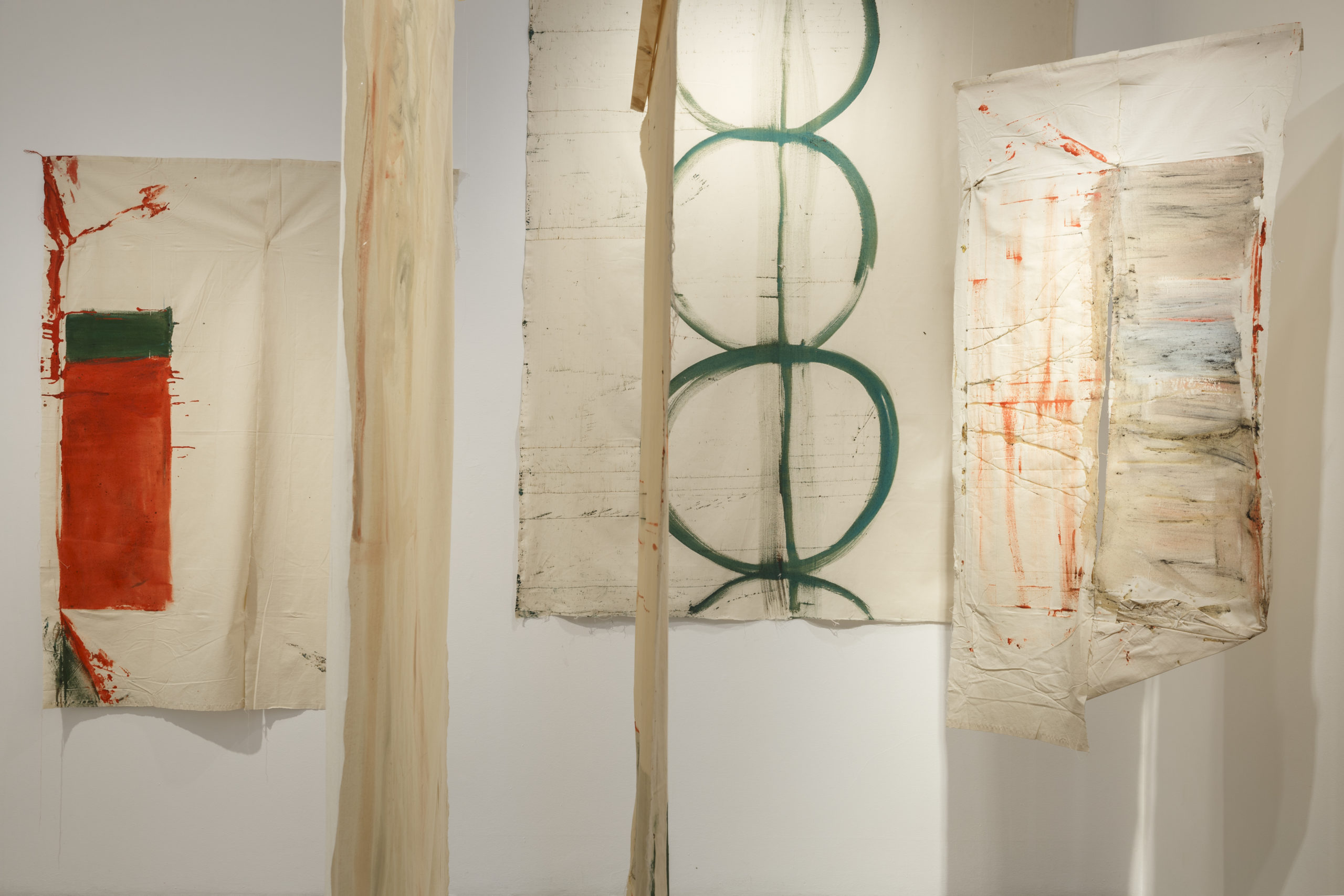 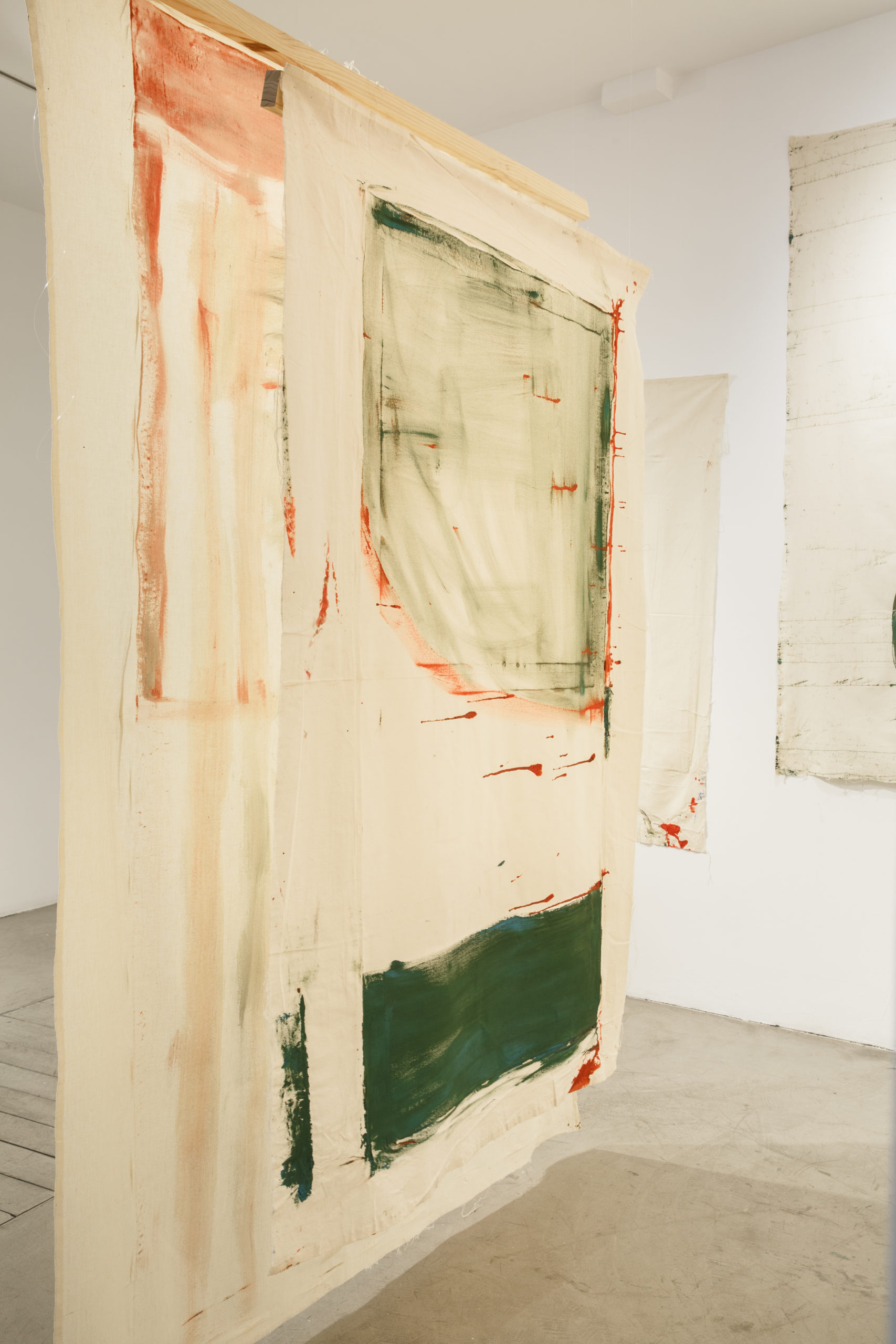 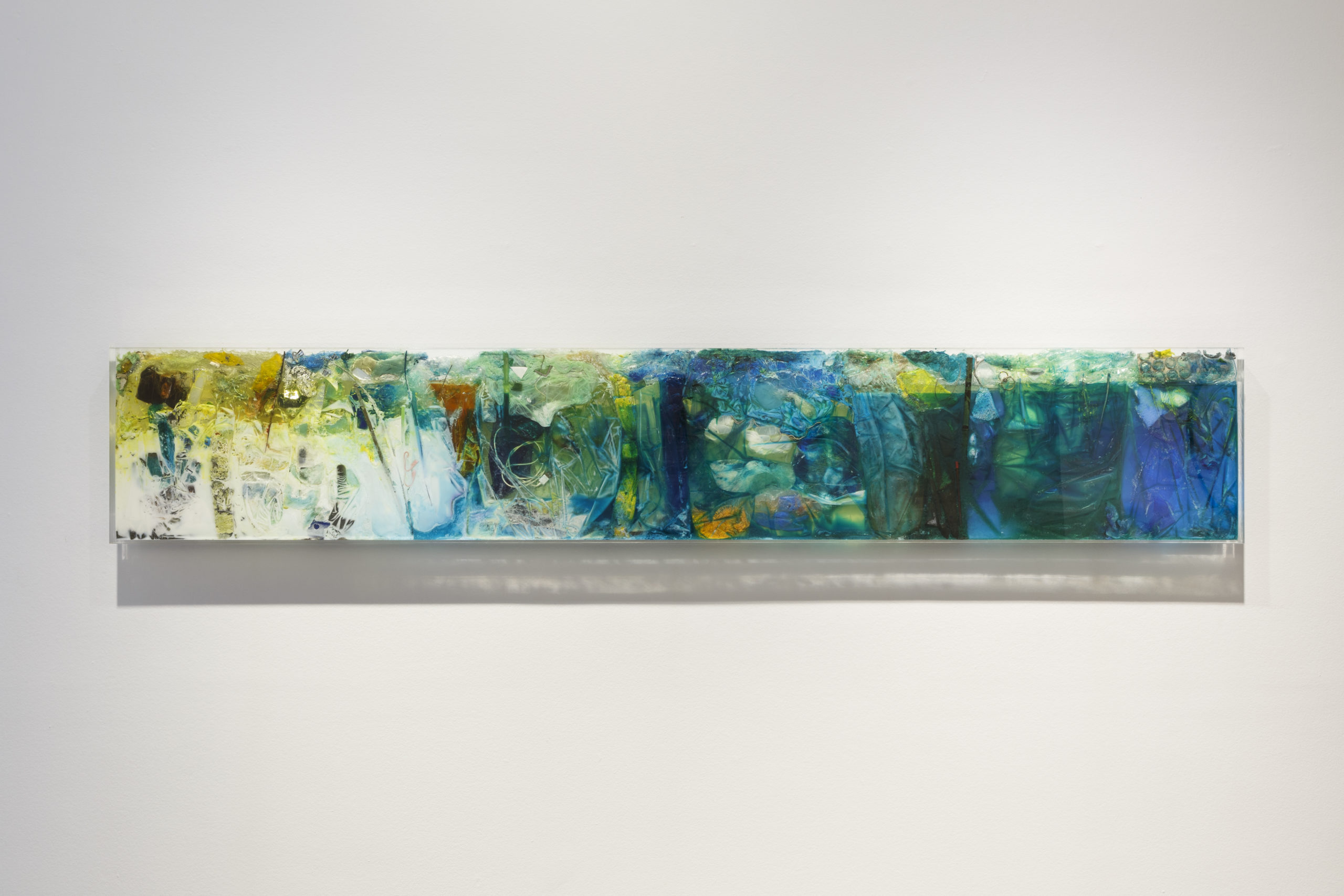 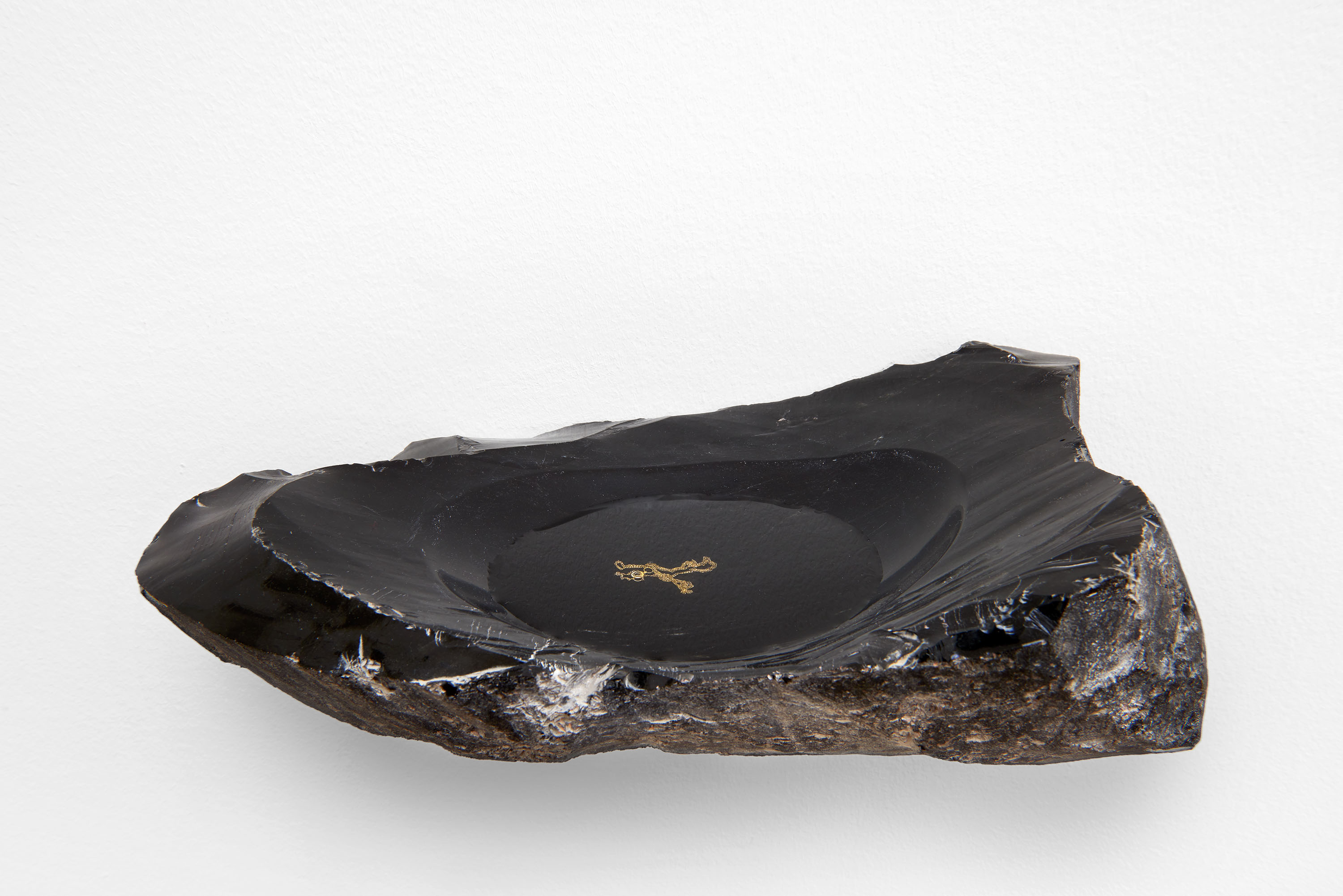 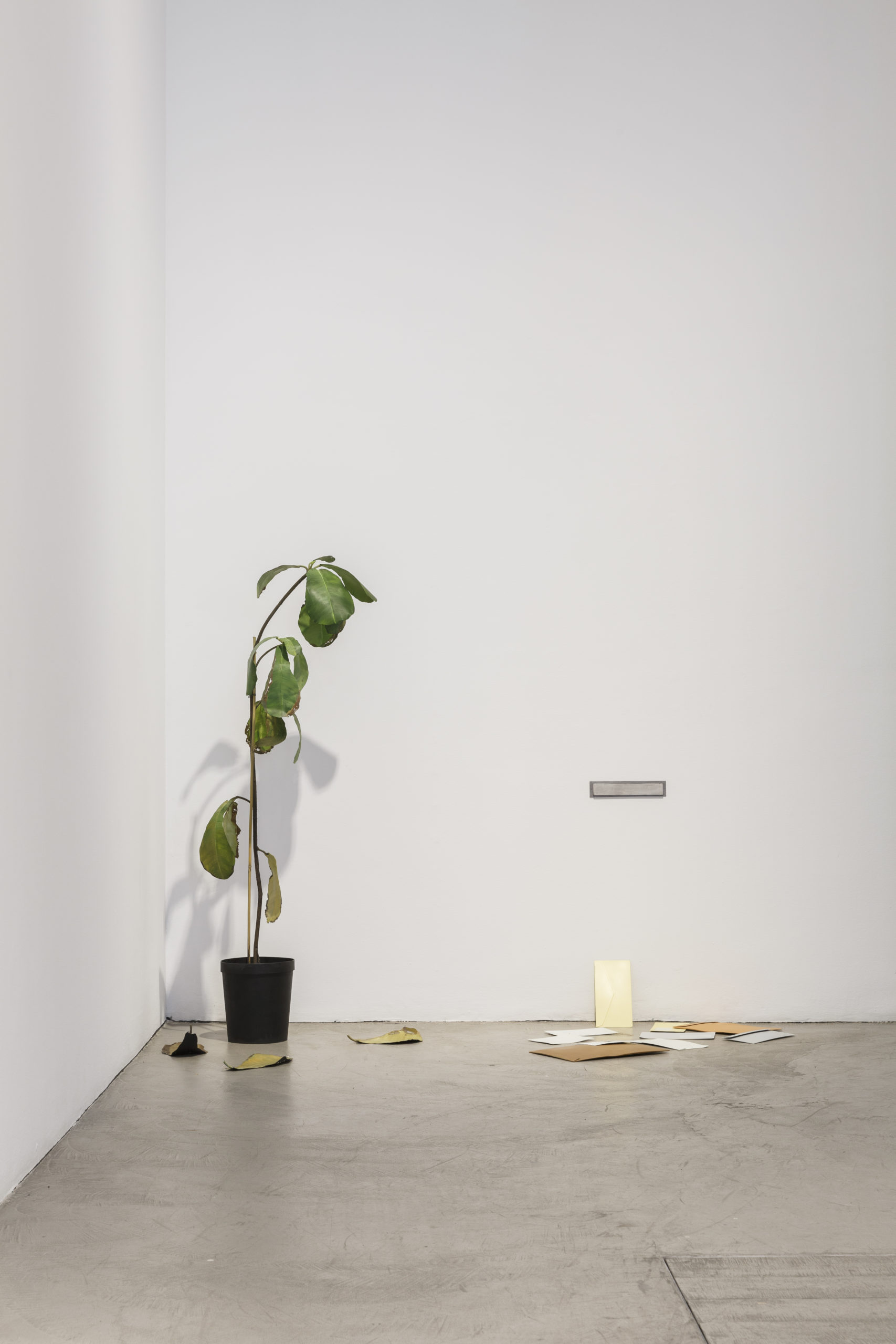 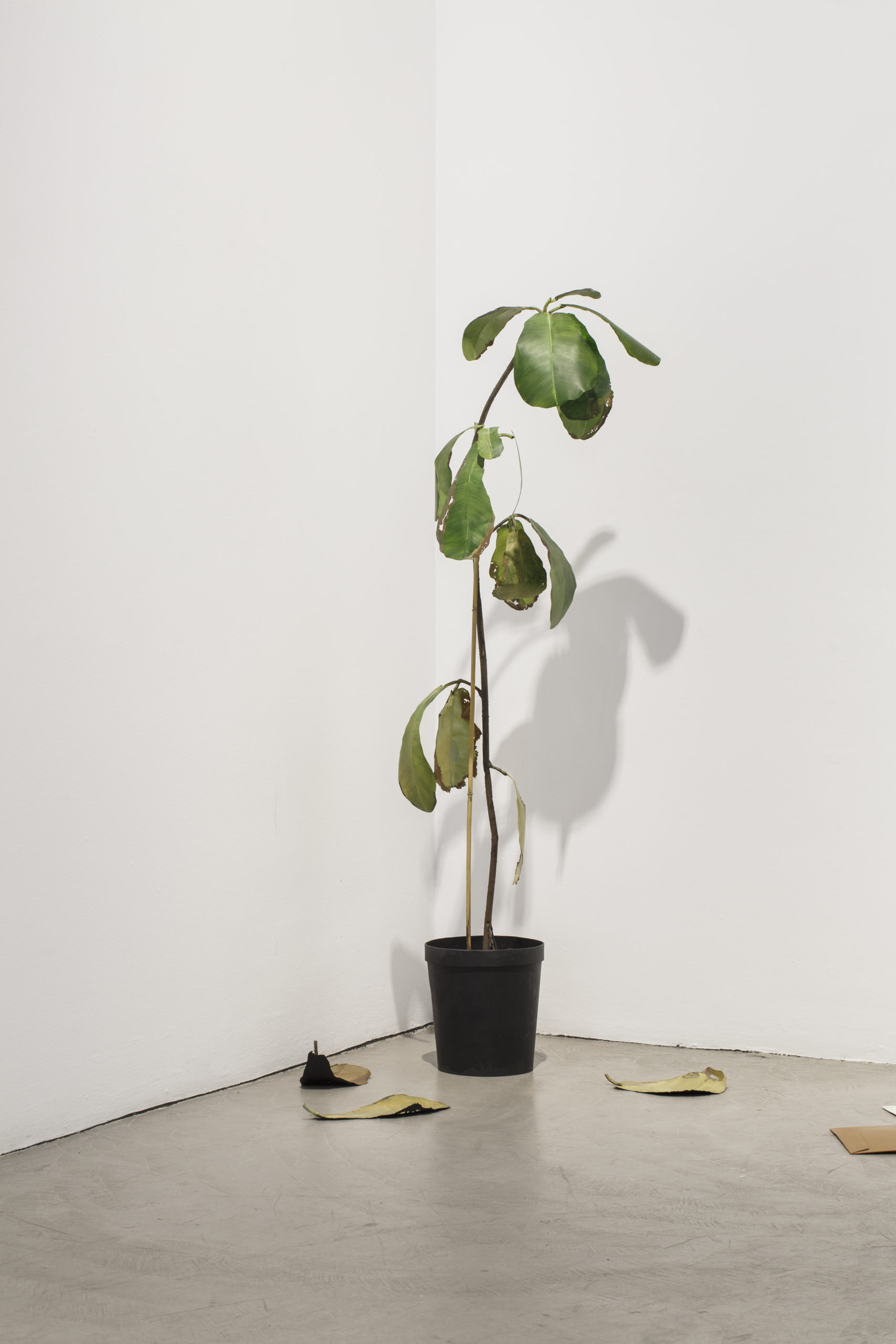 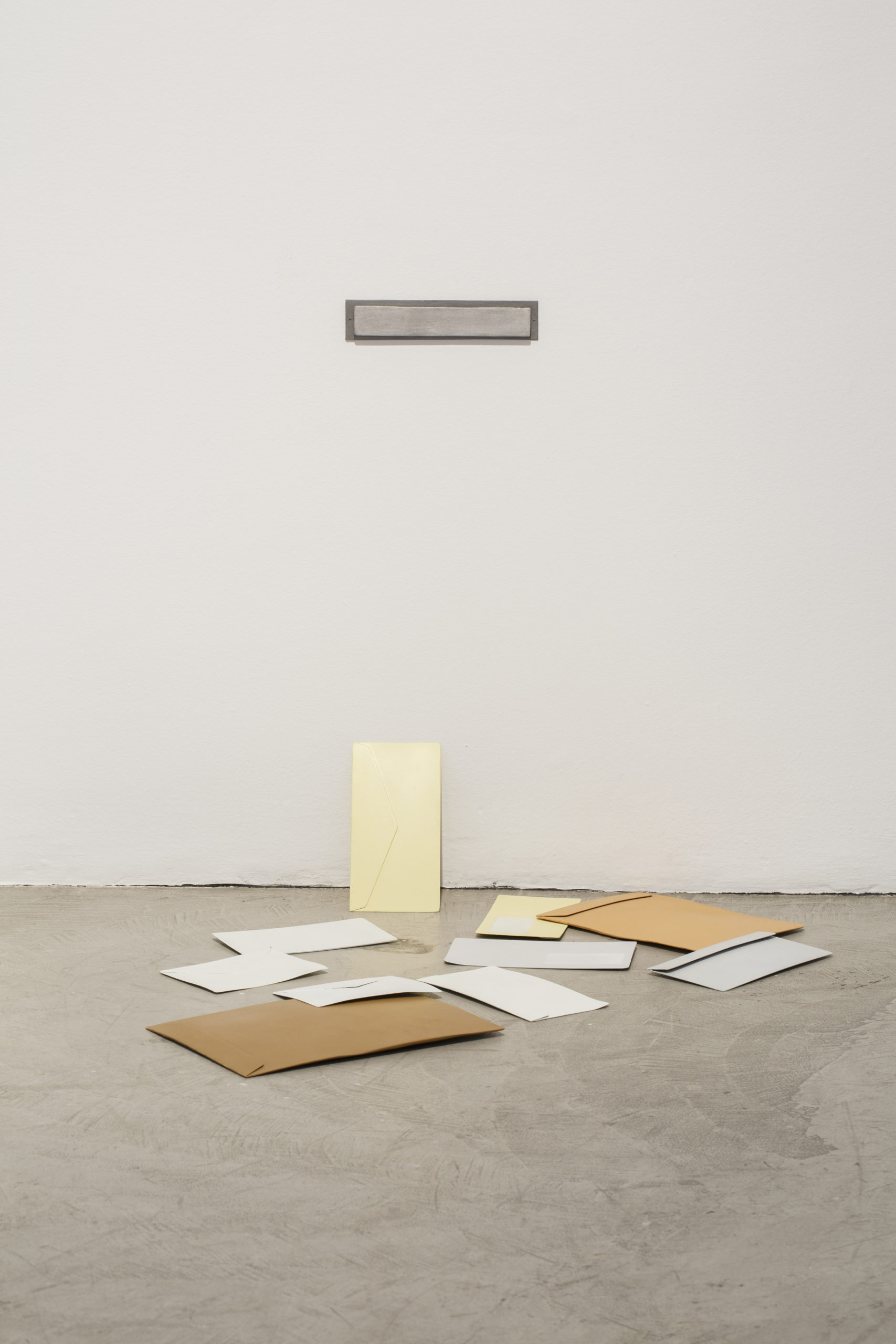 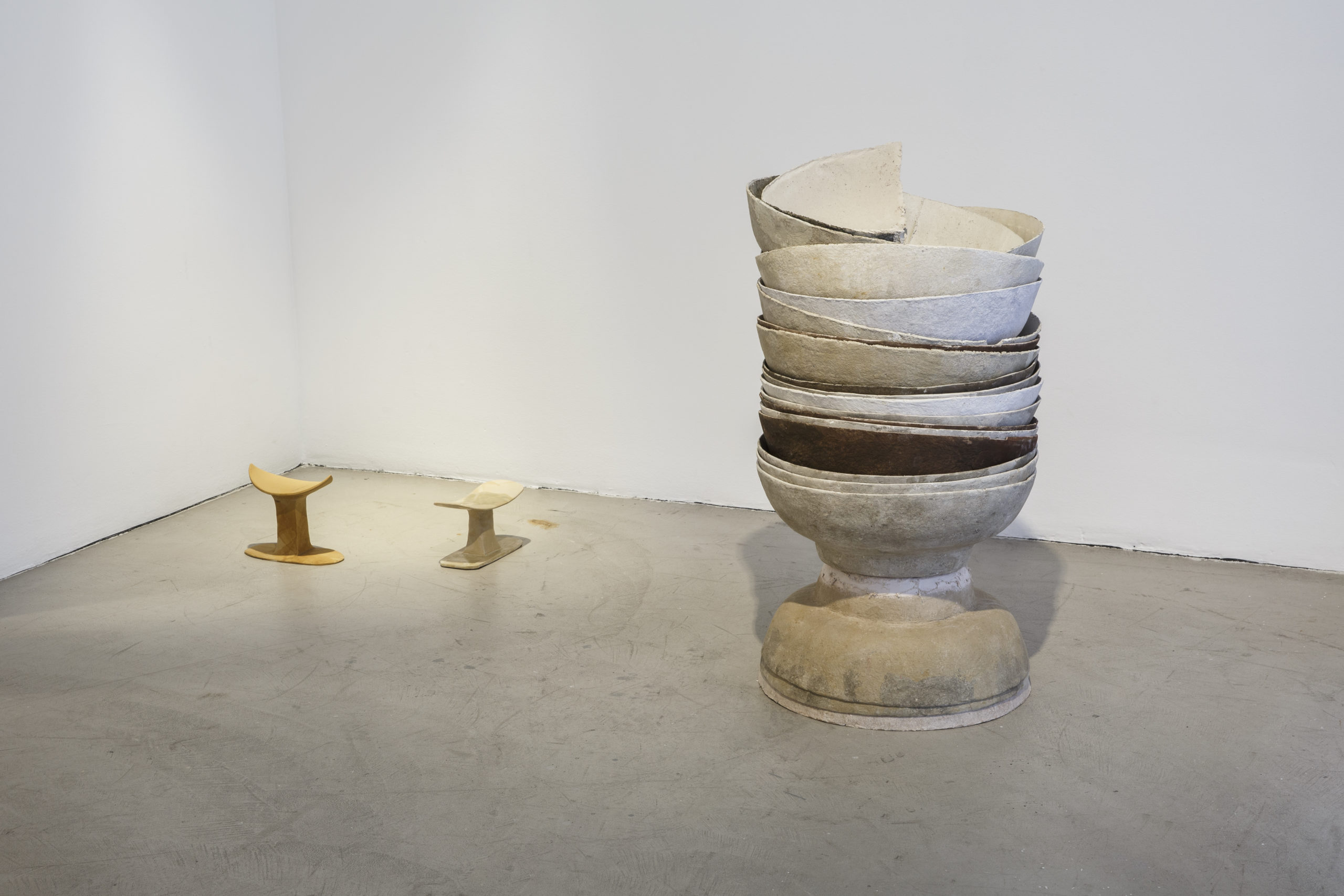 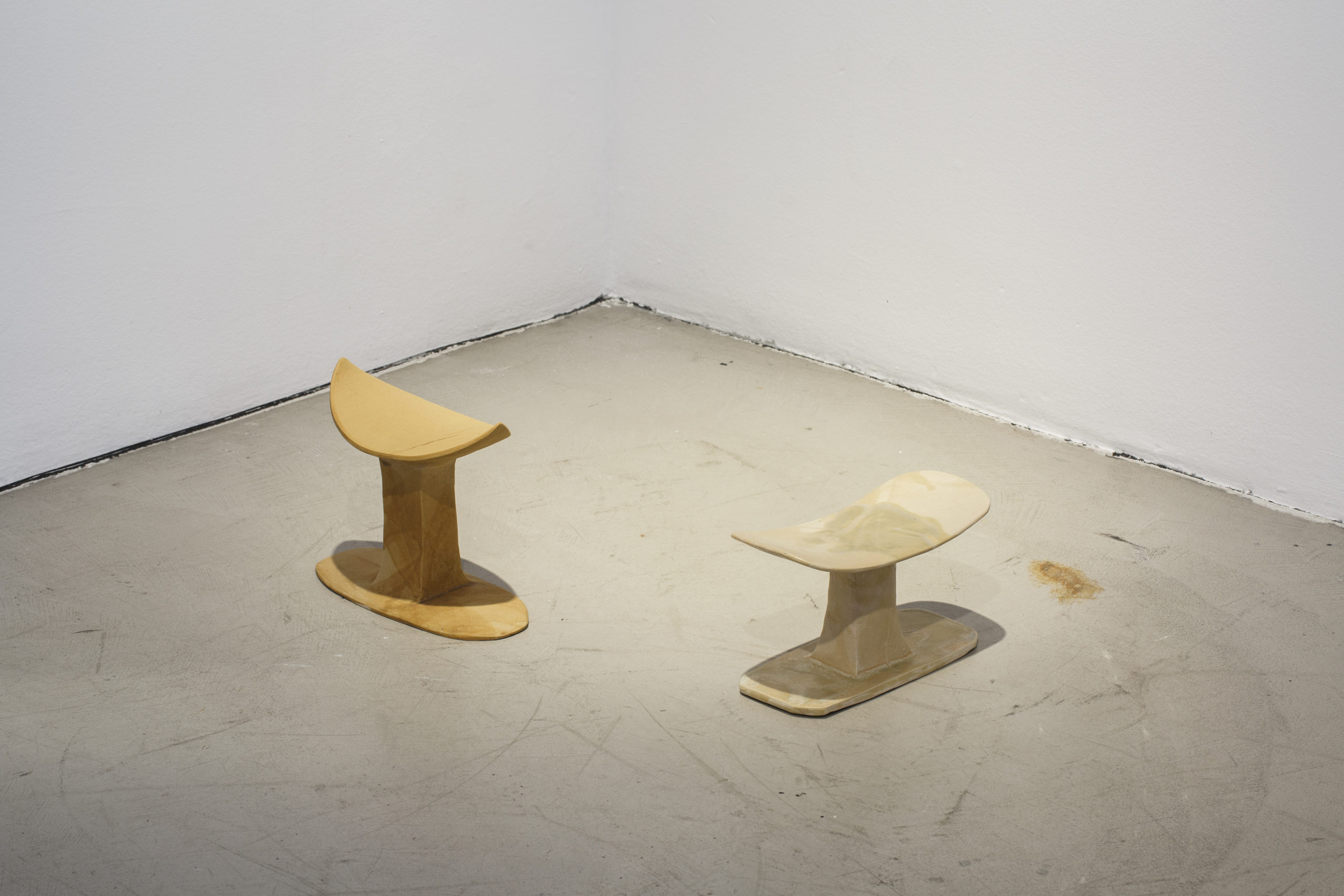 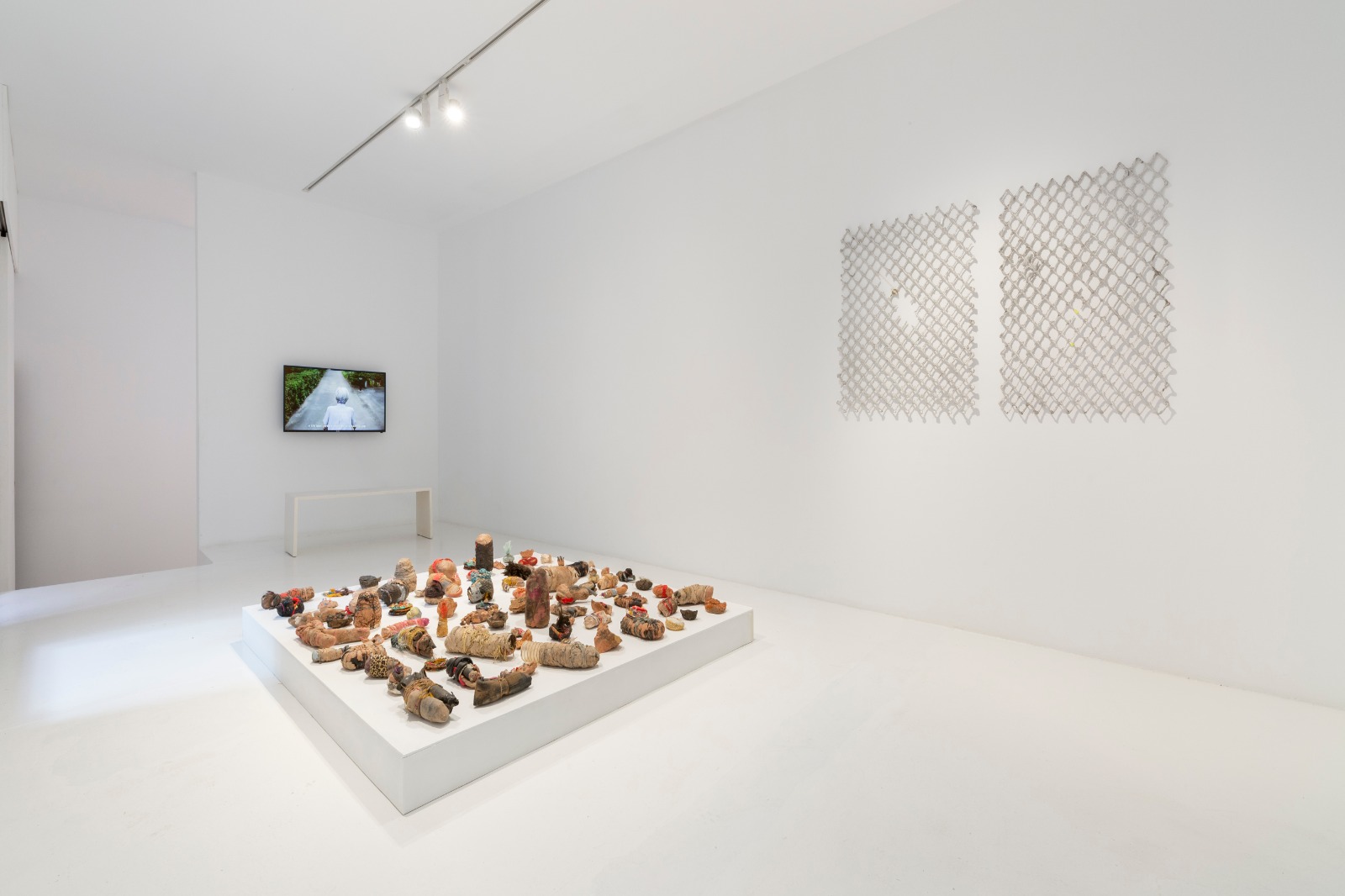 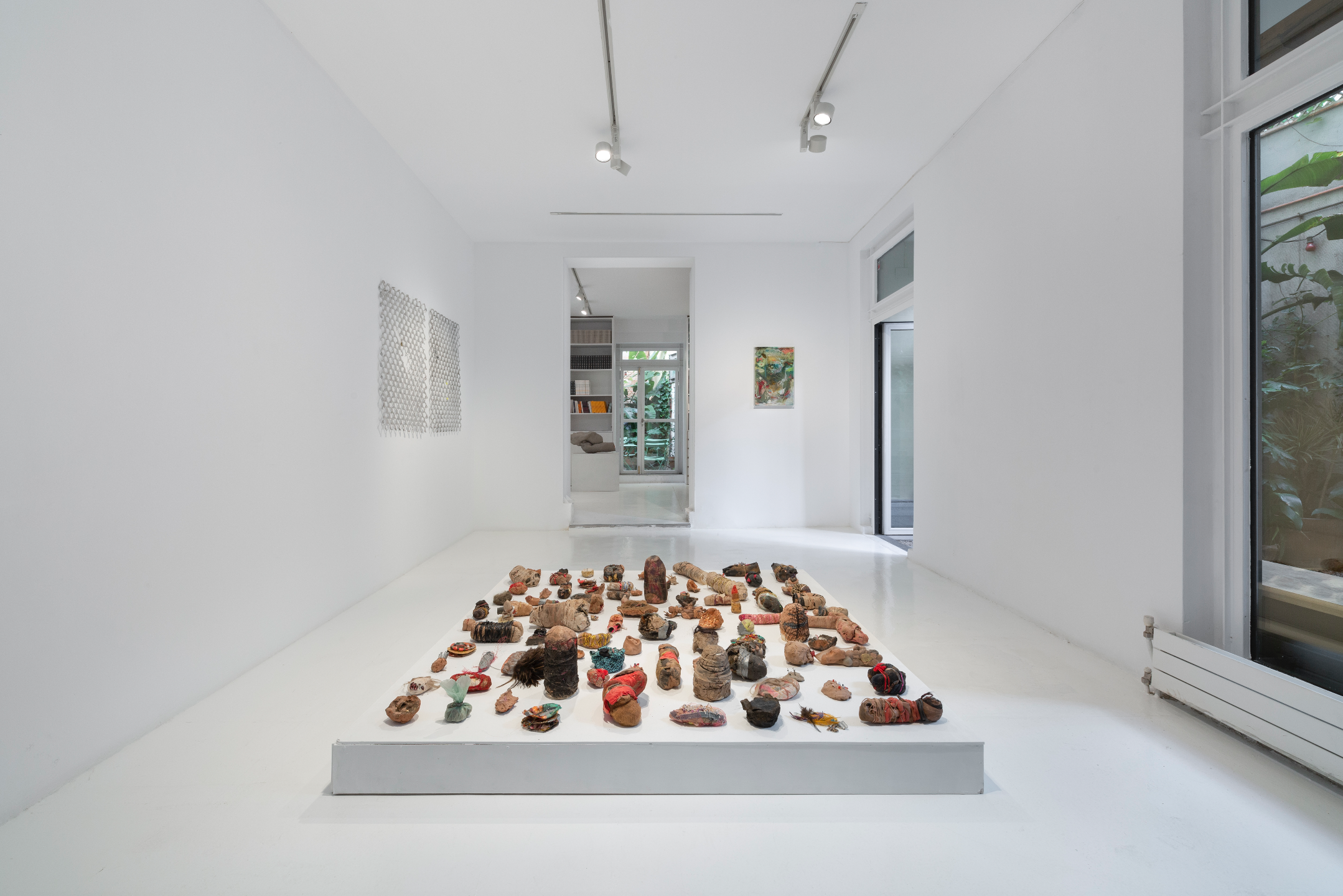 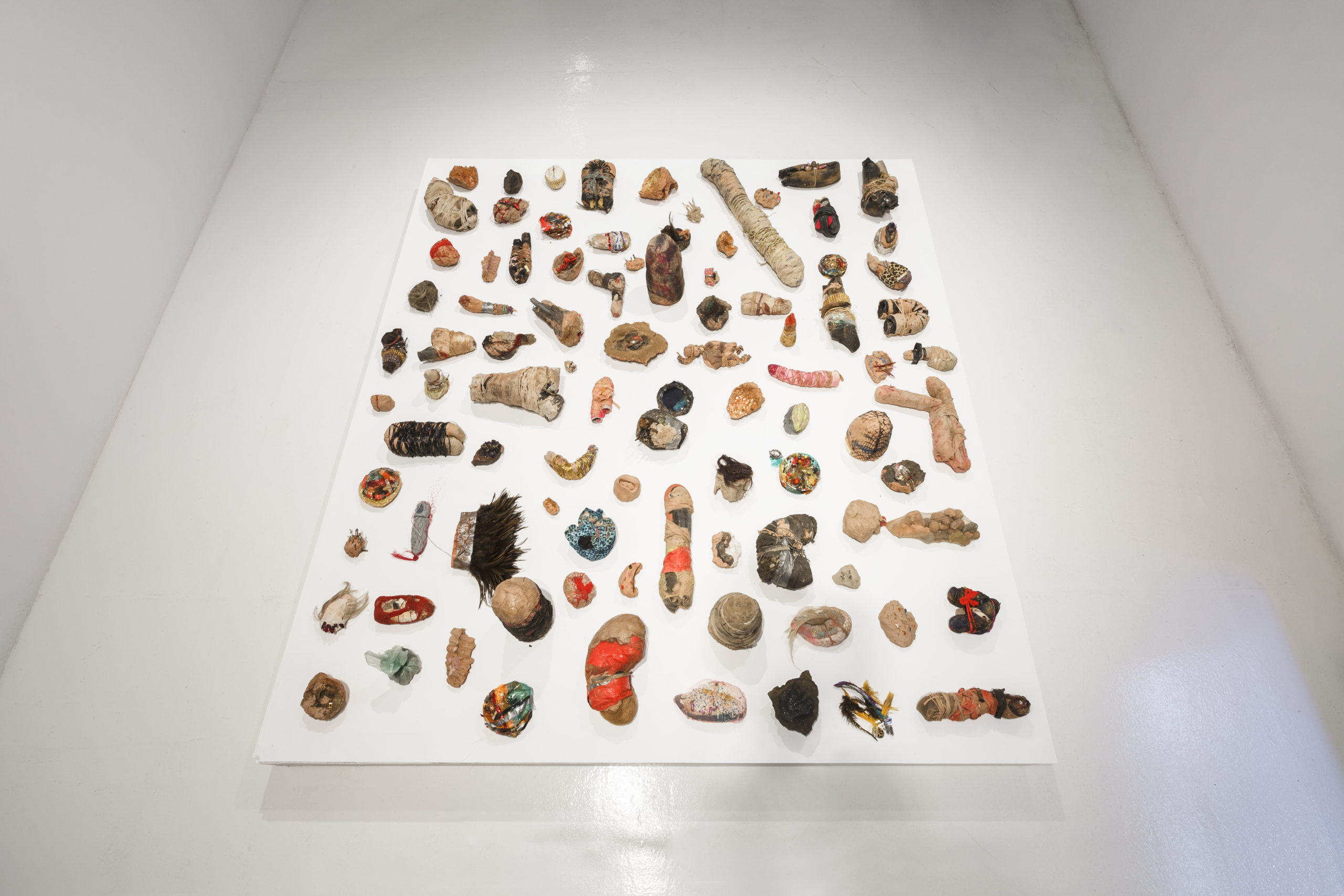 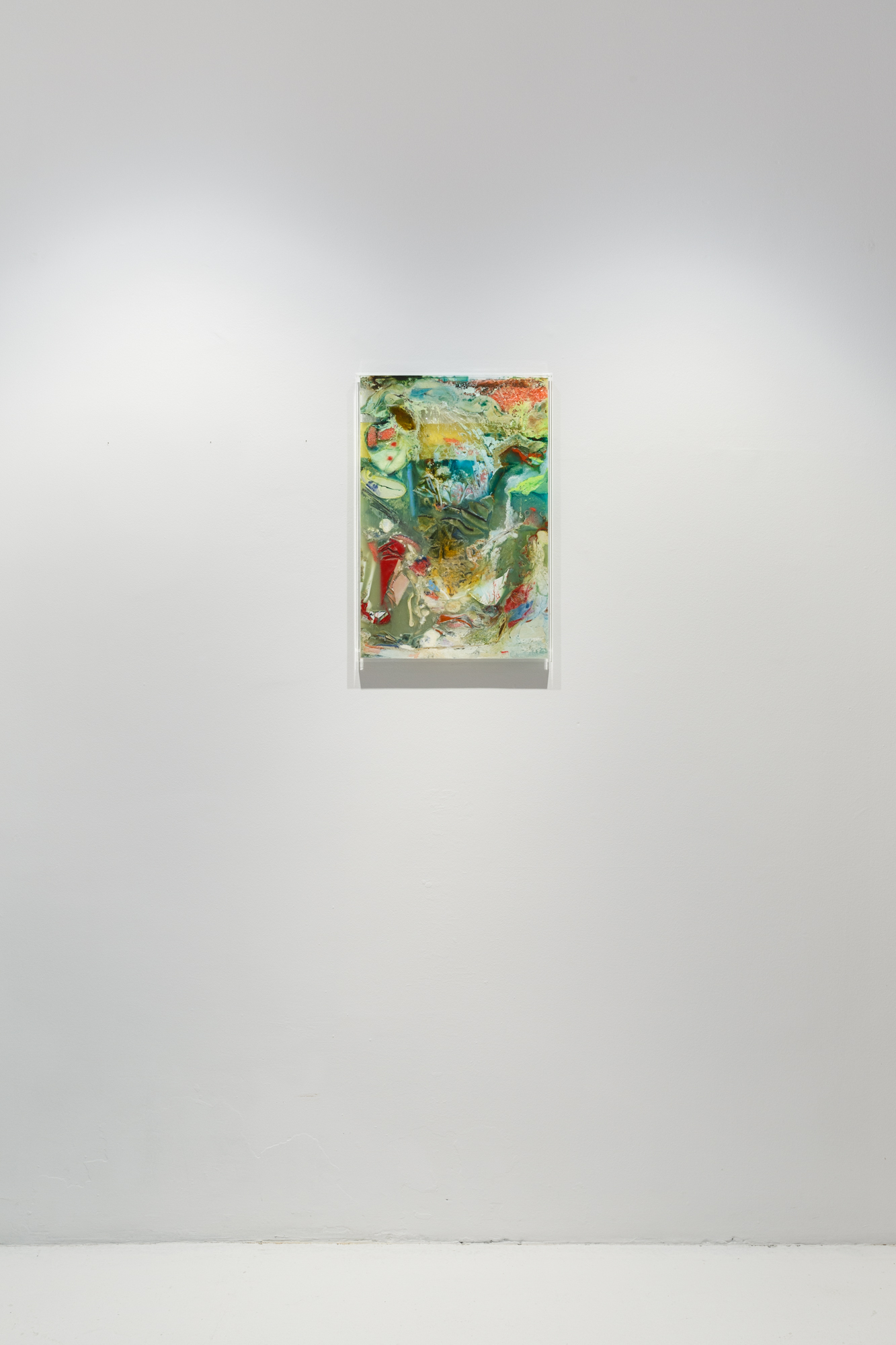 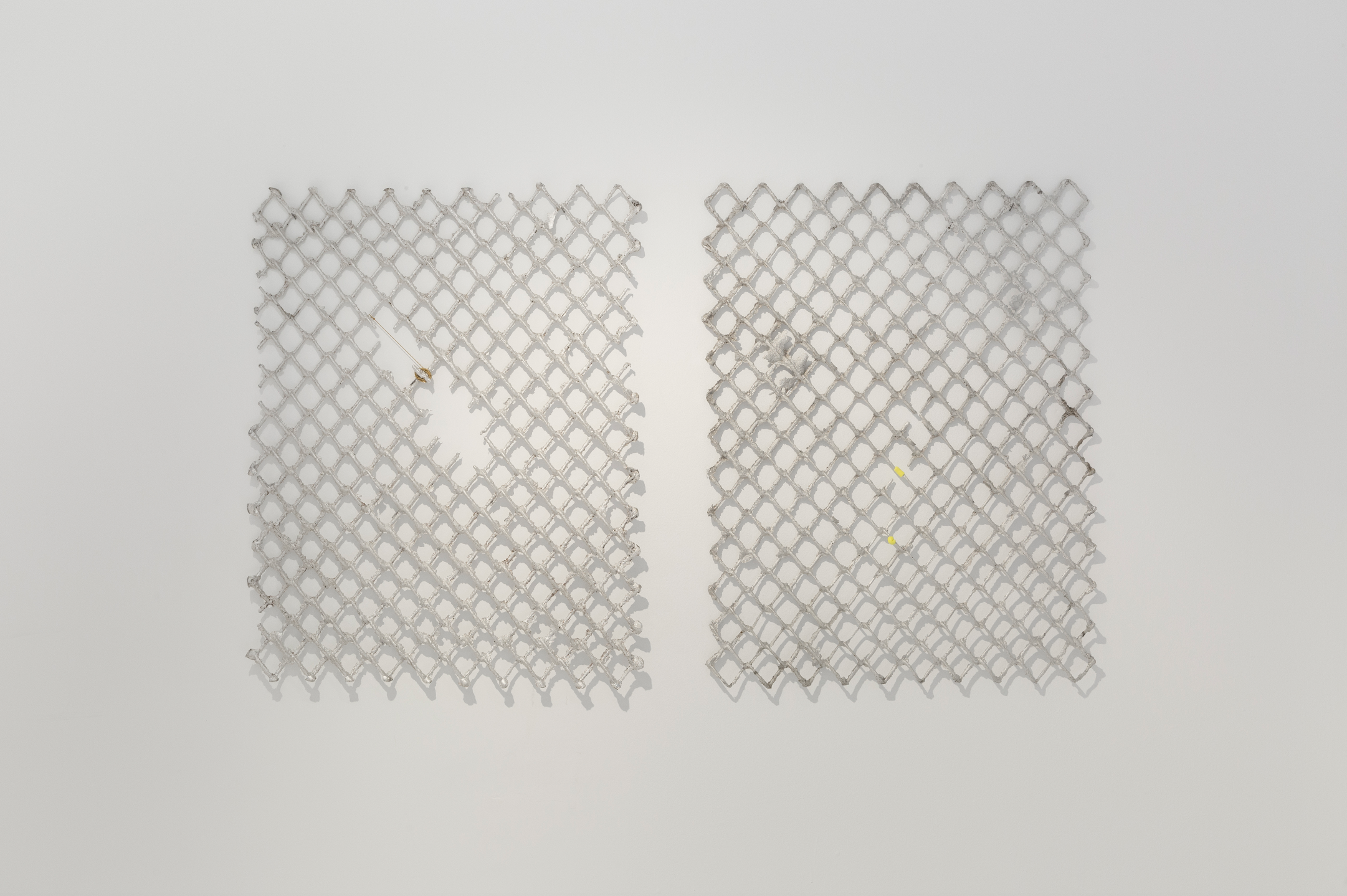 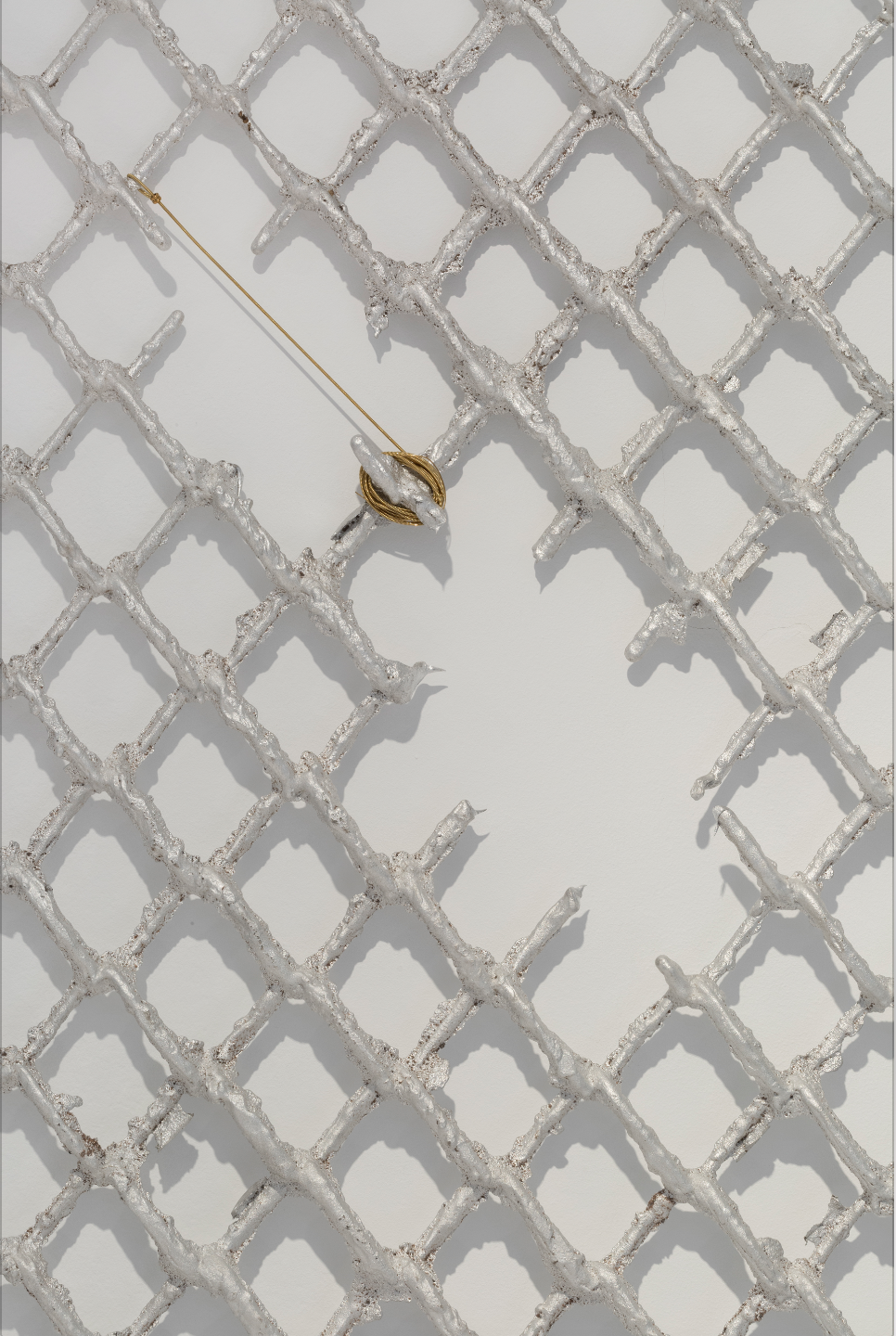 TANIA PÉREZ CÓRDOVA, Paisaje VI, 2018, Aluminium, guitar string (fragment of a fence that was cast, melted and recast into its own mold)

The Earth’s surface, also called “the crust”, is composed by minerals – mostly oxygen, silicon, aluminum, iron, calcium and magnesium –. Nowadays, it is also covered by large amounts of asphalt and plastic debris, considered as “new minerals” by some geologists, as well as a carbon and atomic layer, almost imperceptible to the eye. The surface is also the outcome of all living beings’ interactions with it. It presents a mosaic of numerous types of landscapes, reflecting both the ‘natural environment’ and the cultural diversity of humans, who dwell and coexist in the world differently, in terms of agriculture, architecture, technology and belief systems. However, humans are not the sole important actors; the inhabitants of the world are creatures and entities of all kinds, and all of their stories are contributing to form our present.

This exhibition started with the idea of applying an archaeological gaze and methodology to the present. Our present is not fixed or inevitable, it is still in the process of becoming. Thus, an archaeology in and of the present should be concerned about the study of contemporary objects and beings which are still actively operating and are part of the assemblage on the surface of the world. Archaeology has been consistently associated with a series of concepts – excavation, stratigraphy and the search for origins. However, a recurring trend in contemporary archaeology is looking to reorient the discipline by studying the surface, through a process of assembling the different material remains, which could belong to humans and non-humans as well as to different time periods. This current of thought rejects the Anthropocene as the term defining our era, which blames all humans equally for a specific effect of modernity and capitalism.

The curatorial discourse is constructed from an expansion and hybridization of this archaeological methodology to think of the present as a physical stratum containing many simultaneous and overlapping presents, rejecting a unilinear notion of history. The artists resemble archaeologists, they meet objects, molecules, beings and languages. They shake up our understanding of the present, by bringing the unseen into the surface. Emulating this heterogeneous present, the works in the exhibition space compose a fragmented ecosystem where we perceive a clutter of times and things, memories and materialities. To study the surface means to recognize the agency of both humans and non-humans, and their place as generators of new pasts and futures in the present, a fiction capable of asking new questions, shaking up our understanding of our place in the world and creating opportunities to come together and re-write history from new perspectives.

Vivian Suter (b. 1949, Buenos Aires) actively invites the elements that surround her home and studio in Panajachel, Guatemala, into her practice, letting her untreated canvases absorb traces from climatic and volcanic phenomena, passing animals, plant matter and eroded dirt. An iterrumpted hierarchy which places the components of her studio on equal footing with the biological world.

The sublime alchemical collages of Samara Scott (b. 1985, London) include organic, manufactured and digital materials smashed behind a plexiglass screen. The colorful and glossy surface immediately attracts our consumerist eye to unveil a sordid truth, that this toxic assemblage is likely to become our stratigraphic layer on this Earth.

Paisajes y Sincere/Non Sincere, by Tania Pérez Córdova (b. 1979, Mexico City) which she calls “contemporary fossils”, are objects cast into themselves. They seem to witness life happening around them and slowly – almost as if suggesting sedimentation –  give traces of human life, speaking to our desire to re-make and re-cast history,

The works Stubborn and Headrests by Lucía Bayón (b. 1994, Madrid) are made out of clay, plaster, vegetable fibers, paper and cotton. They keep the memory of their historical uses, of their transport, dispersion and merchandise, suggesting later narratives that often manifest themselves in intermediate, transitory or precarious states. These objects replicate but do not fulfill the notions of utility that they seem to propose.

Animism, which proposes that material objects have a conscious life and soul, is a recurring element in the practice of Álvaro Urbano (b. 1983, Madrid). The sculptures Julia and Reminders, which he has painstakingly represented, seem to be trapped in a moment of suspension, in a permanent sleep. Playing with fiction and making use of humor, the artist tends to imitate the absurdity and monotony of contemporary urban life.

The installation For Marcela and the Others (remains), by Sara Ramo (b. 1975, Madrid), is composed of nearly eighty sculptures of various sizes in the shape of genitals. They are a mixture of hair, nails, glitter, jewelry and used rubbers – binded together with clay – that Sara has collected from her exchanges with the trans community who inhabit her neighborhood in São Paulo. The observation of these objects, both poetic and violent at the same time, triggers thoughts on survival and transformation inherent in the human body and skin, leading us to the encounter, and recognition, of the other in us.

With History in a Room Filled with People with Funny Names 4 is the fourth in a series of videos by Korakrit Arunanondchai (b. 1986, Bangkok) where multiple civilizations, species and futures coexist on the same wounded planet. The artist narrates this fairy tale through the voice of a drone named Chantri. The artist is highly influenced by a Transhumanist thought, which gives intelligence —maybe even a soul— to ordinary objects, thus erasing the limits between ecology and robotics, death and love, nature and culture.