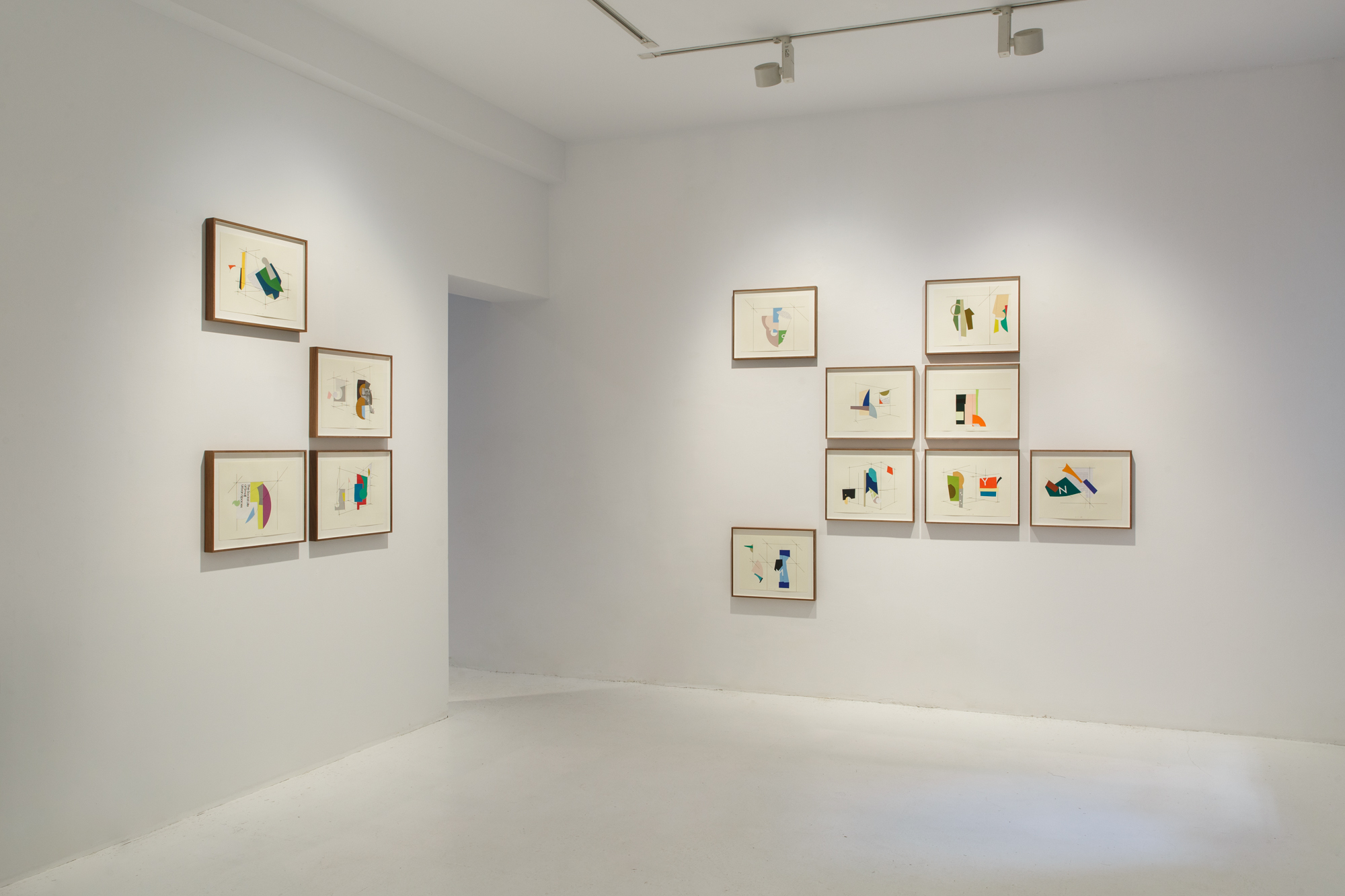 In 1905 Albert Einstein published his Theory of Relativity, revolutionizing the scientific thought of the XXth century and triggering the search for other forms of representation in the field of art, from which emerged avant-garde movements such as Futurism, Constructivism, Neo-Plasticism, Vkhutemas or Bauhaus. All of those movements shared the desire to find a further dimension. The Hungarian poet Charles Sirató considered that all artistic manifestations of the time were ramifications of the same movement, Dimensionism, and in 1936 he signed the Dimensionist Manifesto along with other artists, adapting the mathematical formula N+1 to enunciate a space-time continuum, a change of format from the linear to the plane (2D), to the dimensional (3D) and an additional dimension (+1) to the kinetic or the movement.

Mateo López borrows the formula N+1 to title his third exhibition at Travesía Cuatro, which addresses his interest in that “other dimension”, explored by the movements and schools of the XXth century, and applied in his work through dialogue and collaboration between artistic disciplines. The exhibition consists of three pieces, all of them titled N+1, although the whole proposal could be considered as a total work of art including drawing, sculpture and performance.

Upon entering the first room of the gallery, we encounter a sculpture designed as a modular structure that adapts to the space, its shape and size being susceptible of transformation over time. It is comprised of walnut wood rods and aluminum parts that function as joints, always pointing in three directions: width, length and height, as a system of spatial coordinates. The manufacture of the parts, metal and wood, has been tailor-made by local producers as they do not exist in the market. From the horizontal rods hang pieces of cotton duck in thirty different colors. Here, the fabrics function as color planes that remind us of flags, clothing patterns or abstract Hard-edge paintings. They are double-sided drawings created by joining the pieces randomly, with pencil, ruler and scissors. While paper allows to create spaces and an enveloping structure when folded, fabric has a natural sculptural effect because it is suspended and falls by its own weight. Its presence is rather organic and therefore generates a different relationship with the body. López has spent a considerable amount of time delving into the field of the artistic object ‘with possibilities’, as a tool to activate, manipulate and understand the material, which has led him to work with materials that can be either noble, neutral or soft but always looking to increase their resistance and to generate the minimum waste.

A performance that activates the sculpture at different times throughout the exhibition adds a new kinetic dimension to the work. In it, two dancers interpret words and phrases screen printed on the pieces of fabric. Each text corresponds to an instruction to perform a body movement or sound, which turn the sculpture into a stage set for a piece of improvisation and thus connects with the Brazilian neo-concrete tradition of the ‘open work of art’, leaving it to chance. By giving this autonomy to the work of art, as well as some kind of participation to the viewer, the artistic experience is not limited to the object, it is expanded to the moment of encounter between the work and the participant, generating an intermediate space of subversion.

The instructions and onomatopoeias that we read on the sculpture are the result of a collaboration between López and Australian dancer and choreographer Lee Serle – with whom he has worked on several recent projects – in which the two artists exchanged notes from their respective notebooks.

These notions of plurality and collaboration are essential to Mateo López’s work. This and his observation of the body movement are proof of his interest in the fluctuating state of things and the possibility of change, something intrinsic in being a Colombian artist. Like many artists of his generation, the socio-political failures in Colombia are an underlying aspect of his career.

According to the artist: “A way to repair the social fabric is with trust towards one another. This is a horizontal dialogue that can be achieved through artistic work, disarming the stereotypes of the artistic object, inviting us to its activation and participation instead. I believe the artist can break boundaries through the extension of practices and permeate other forms of thought. Artists are citizens and can address issues of equality, diversity and gender through means of collaboration. We need to change the discourse from the singular political to the plural commitment for empathy and respect”.

The second part of the exhibition is a series of twenty-four works that range between architectural drawings and collages, composed of paper clippings and fragments of text and images extracted from books. They are actually leftover materials from other creative exercises such as drawings and models, negatives of everything he cuts and which he keeps in a box in his studio with a label that reads: “The waste of my time”. Once he decides to reuse these materials, the compositions are created by gluing the pieces together, matching the cuts, as if it were a puzzle in which the void becomes another element of the composition. This movement is performed as if it were an exercise of musical improvisation, a pleasant activity which is done without much thought and in that doing, something happens.

Drawing occurs before, during and after in the projects of Mateo López, it is part of a performative gesture in his recent plastic research, in which we also find a willingness to recycle and edit materials and ideas that go from one project to another. Similarly, his works are characterized by being part of a process, as if each of them were an experiment that precedes the next step. These collages in particular became studies for the sculpture N+1. In turn, the project at Travesía Cuatro serves as an essay for Parque Industrial, a performance that he will present this fall at Bodega Piloto, a cultural venue aiming to rehabilitate the Zona Industrial Histórica de Bogotá, projected by Le Corbusier in 1953 as part of his well-known Plan Piloto for Bogotá.

The exhibition reveals what Lygia Clark bluntly stated: that “the work is the act”. In the same way as Clark, the forms and elements used by Mateo López do not elucidate a beginning or an end, an inside and an outside, but rather coexist fluidly away from absolute categorizations. This means that each piece is in constant creation depending on the interaction with the individual. Therefore, the work remains in a constant swing of possibilities.