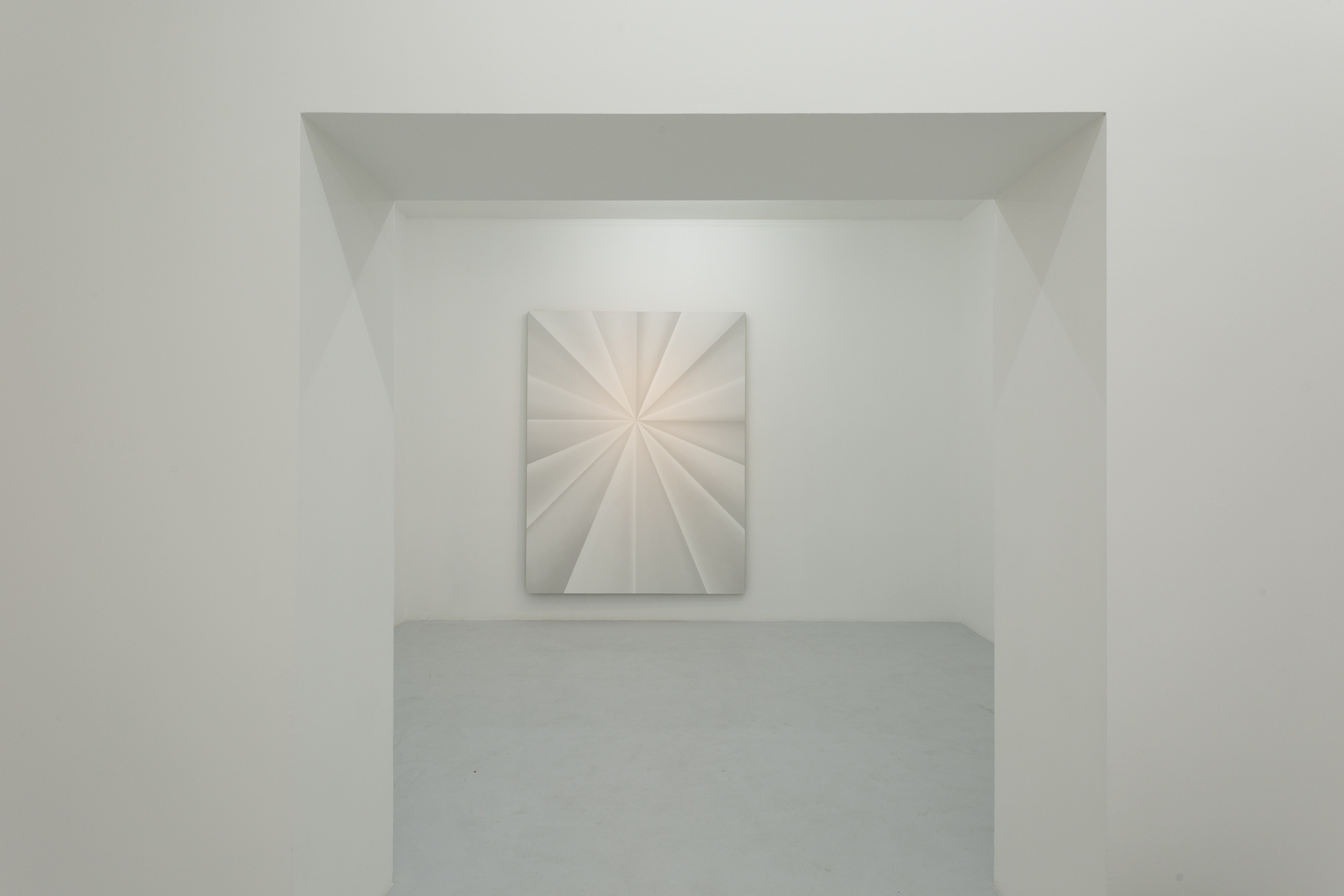 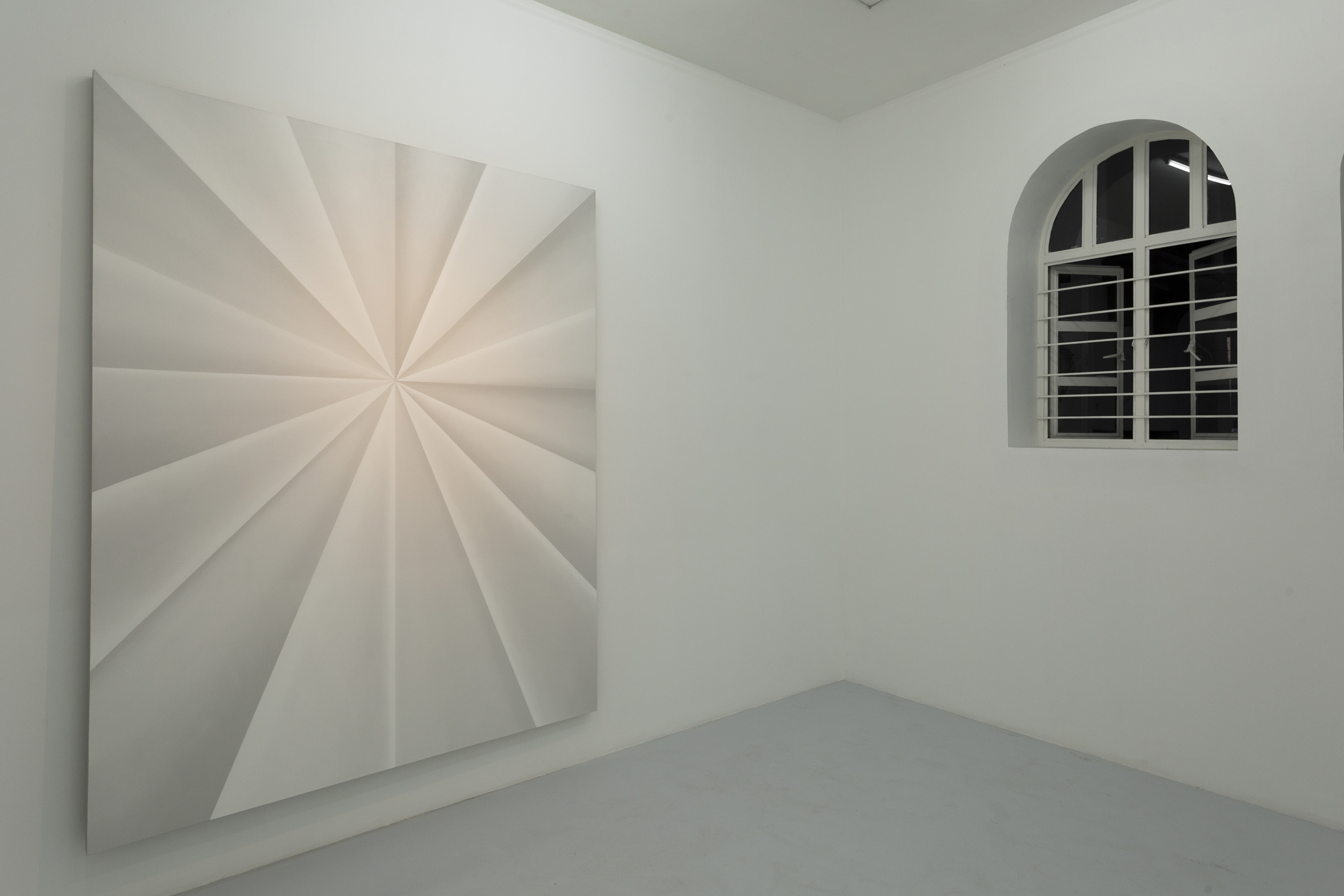 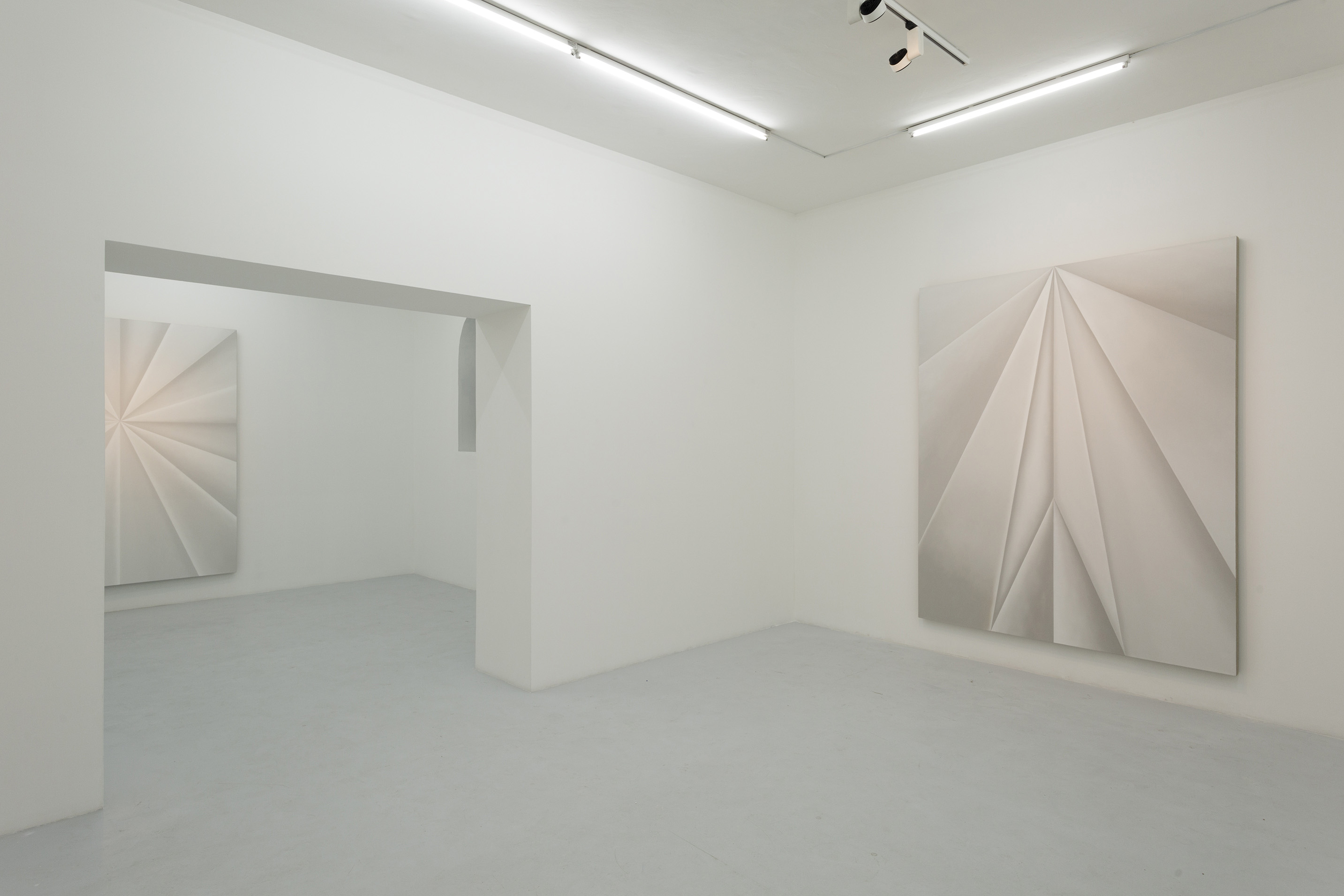 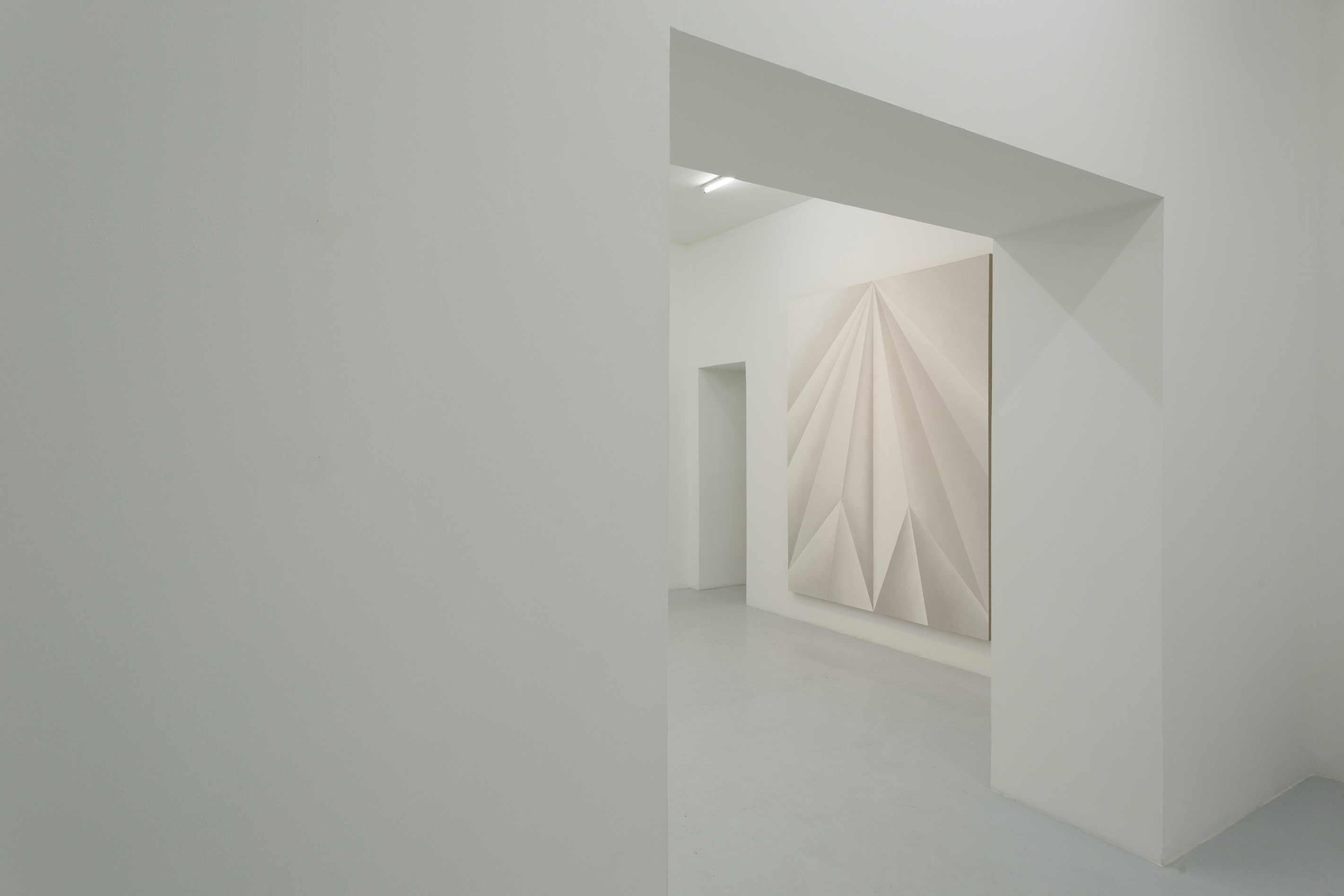 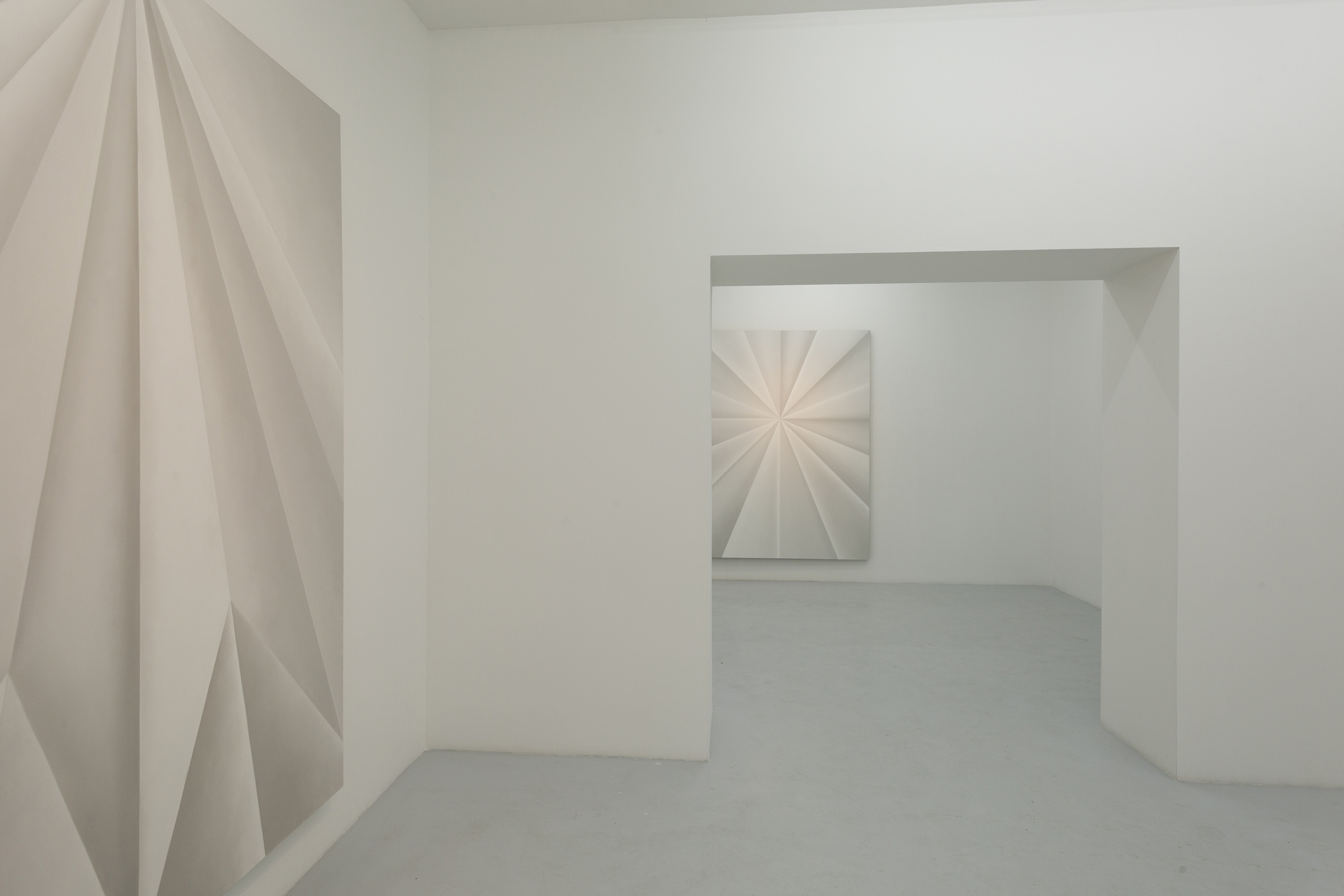 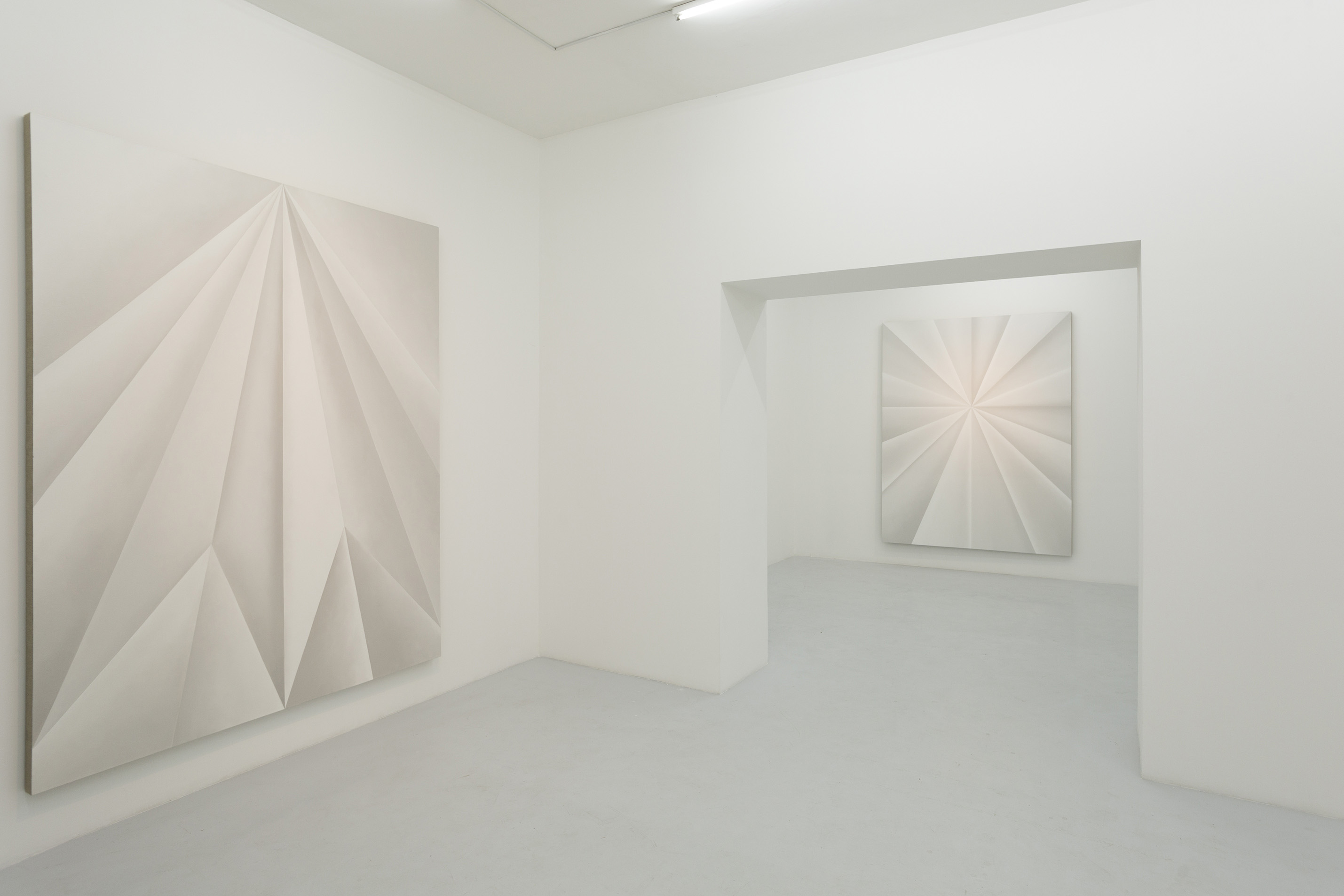 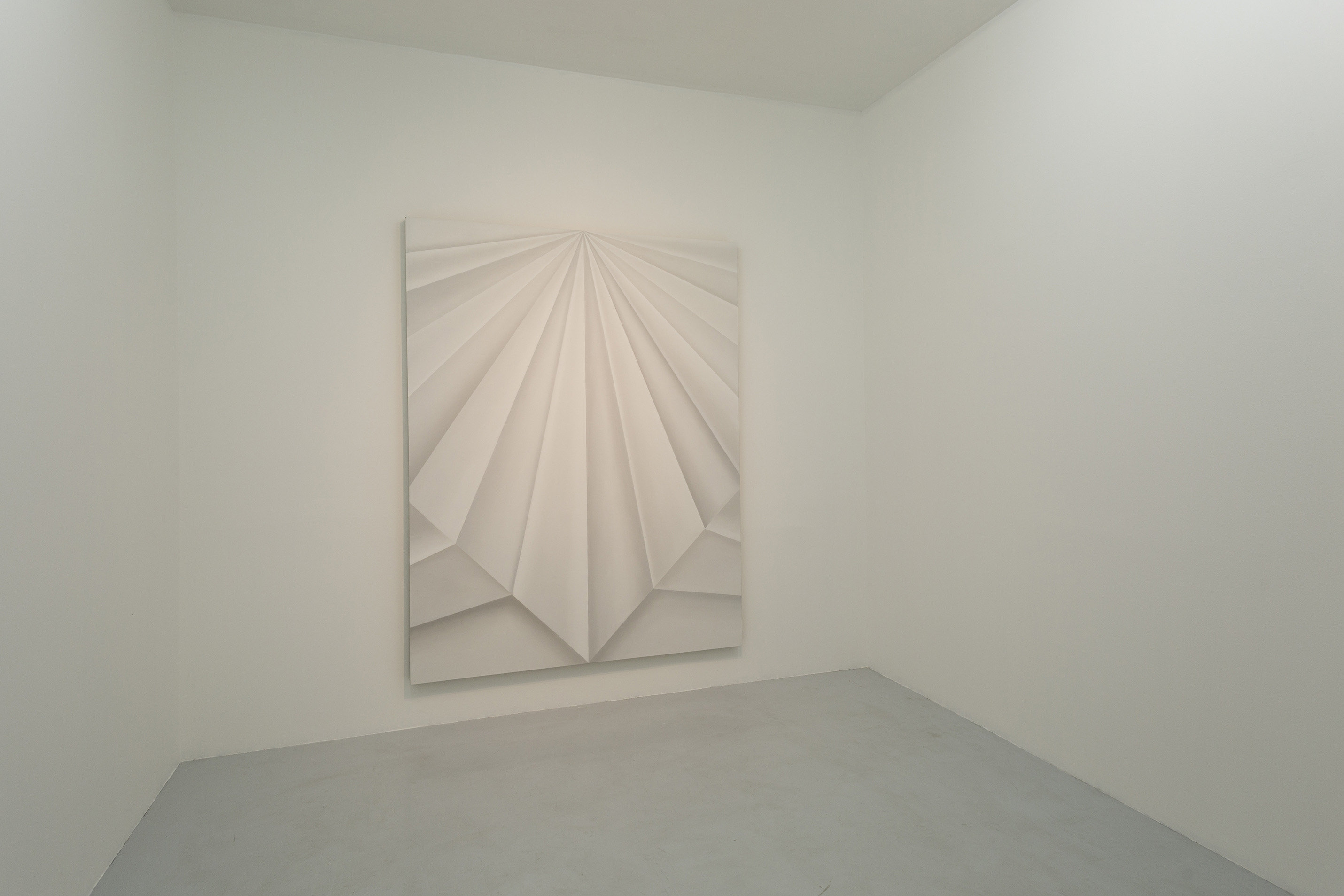 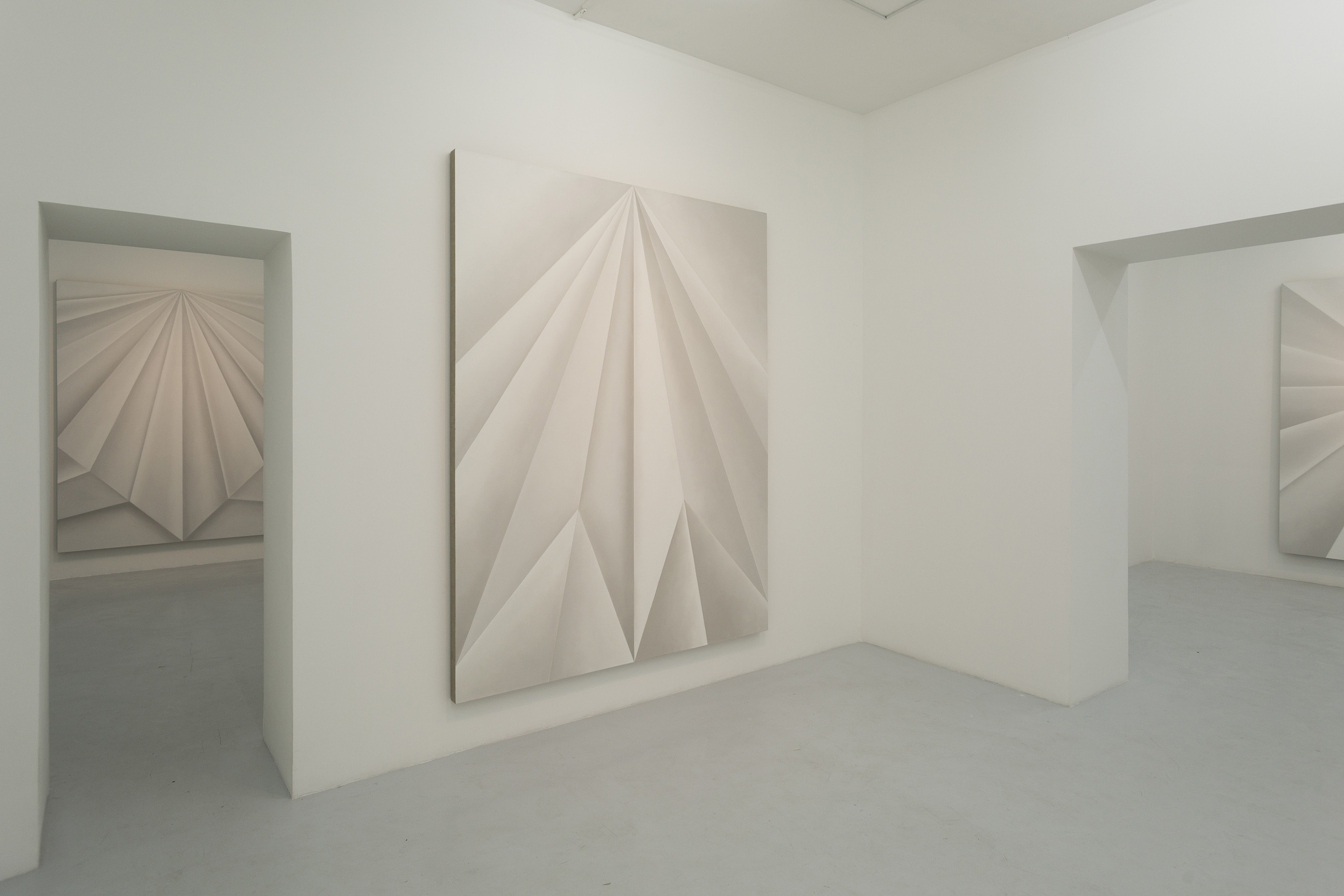 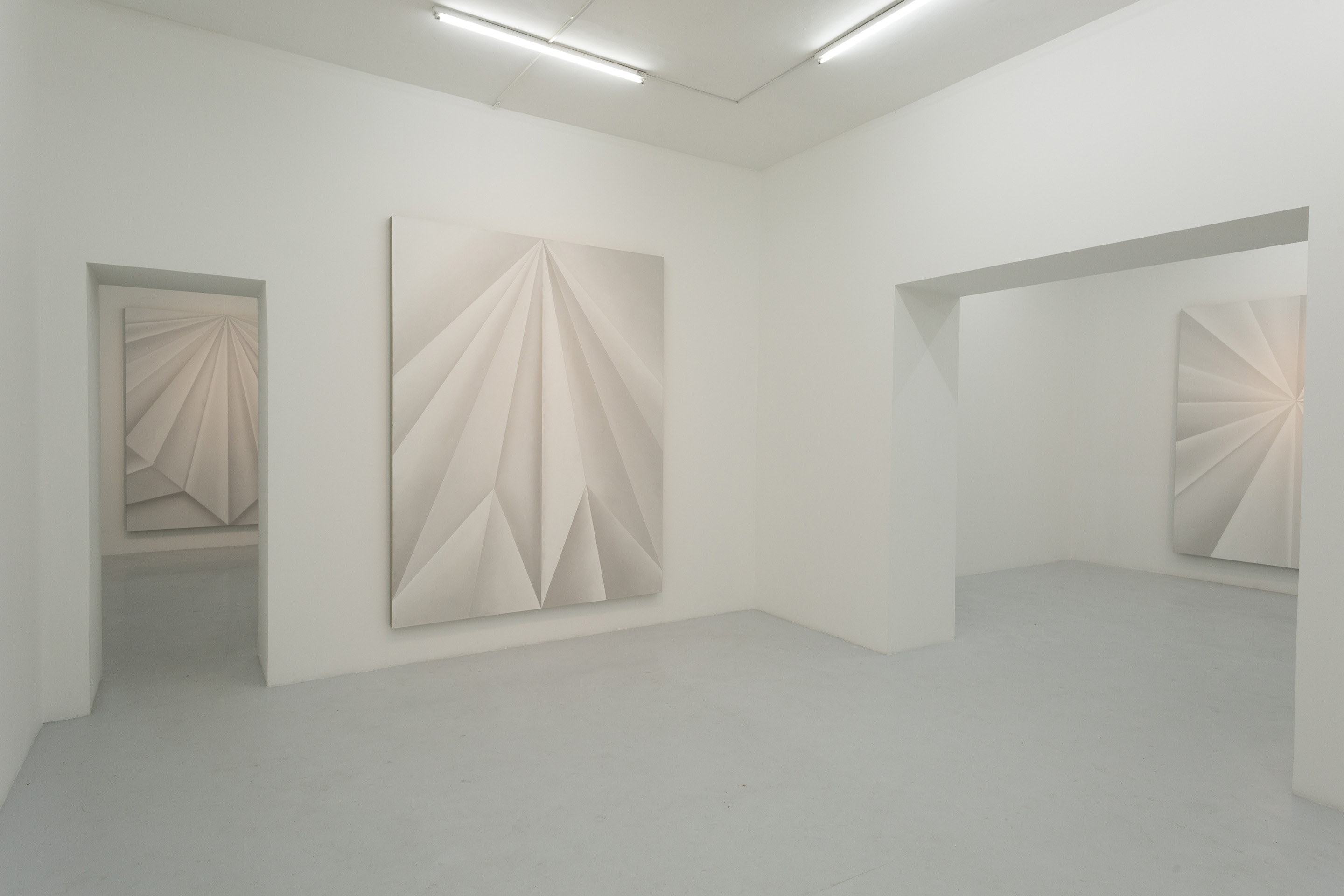 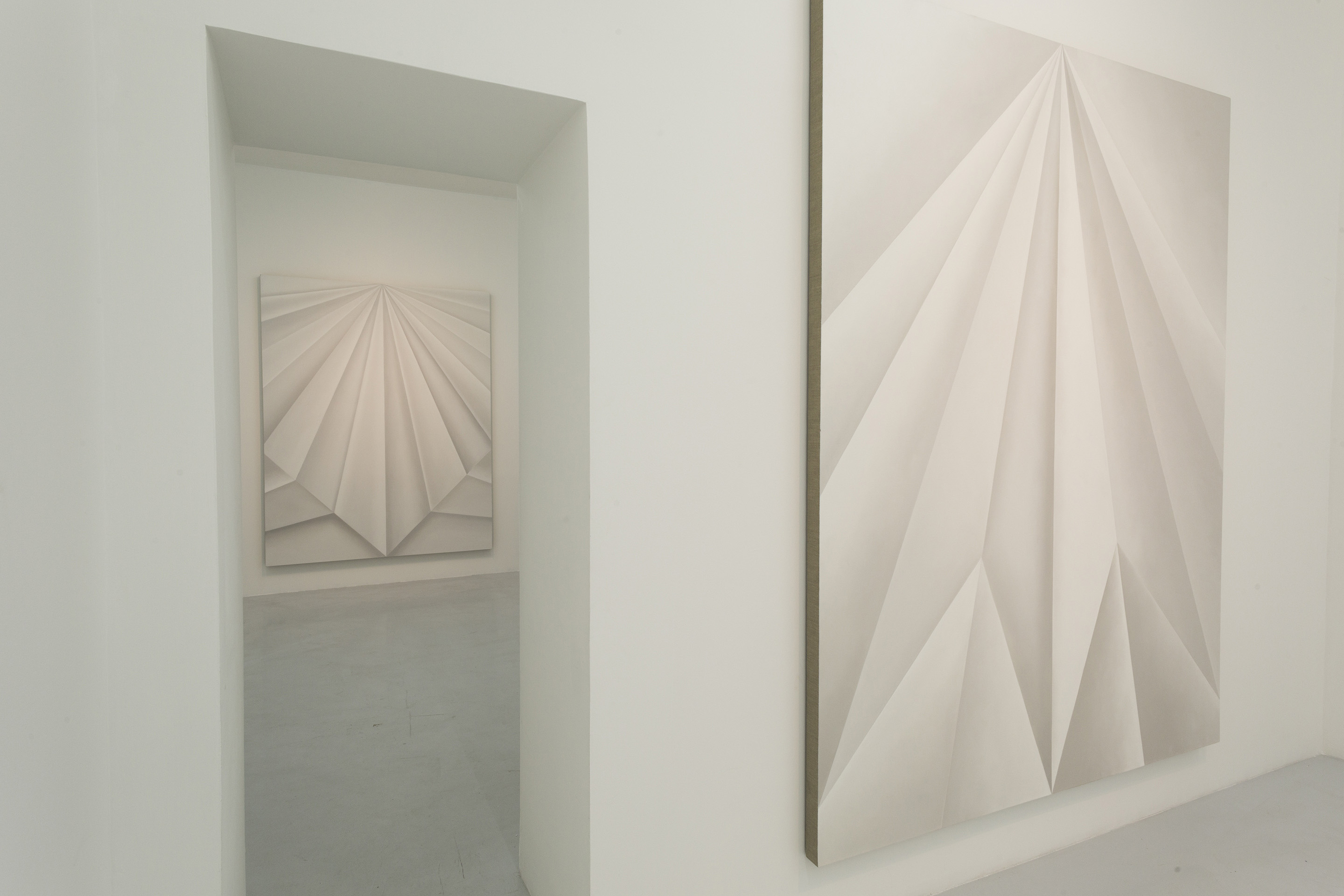 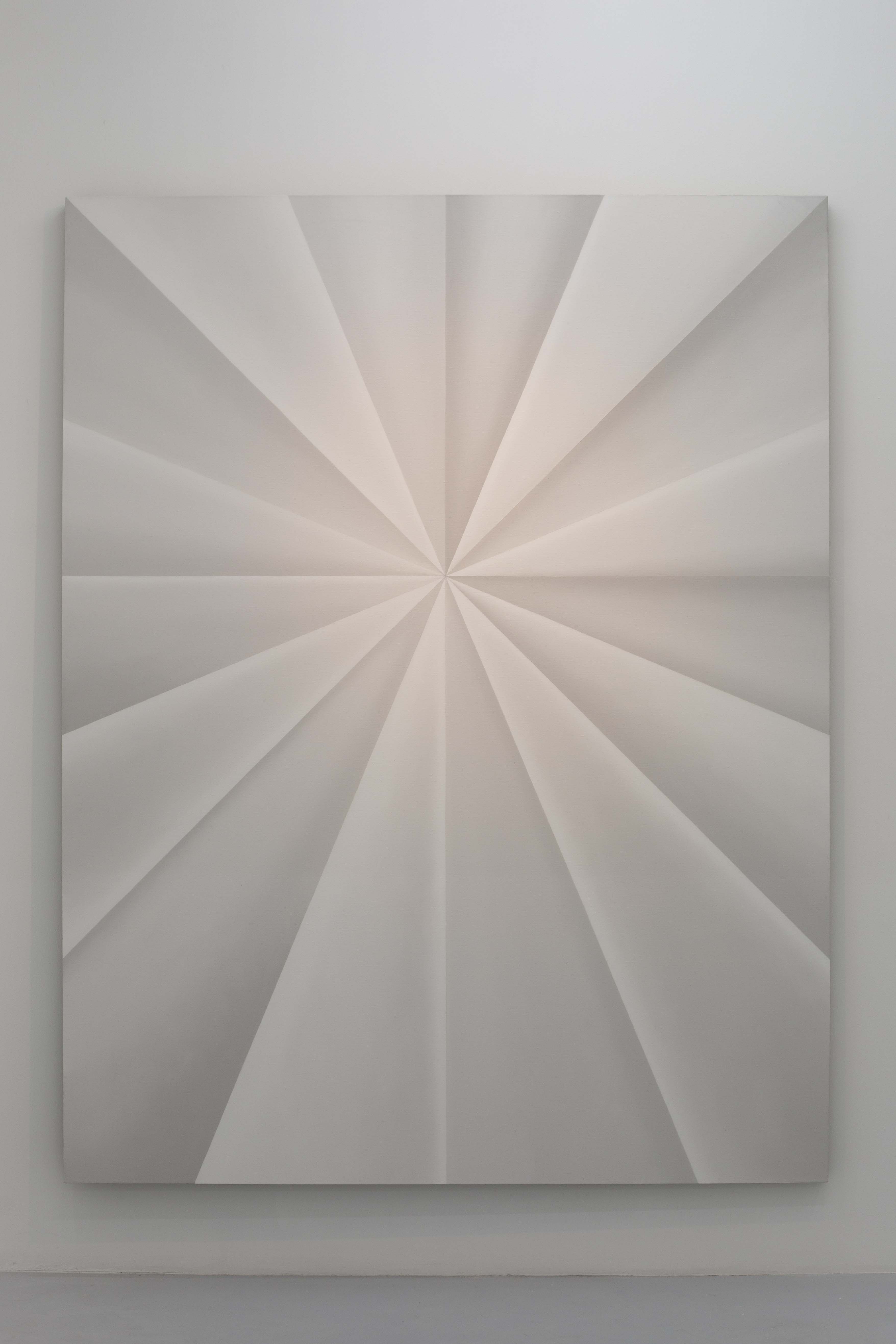 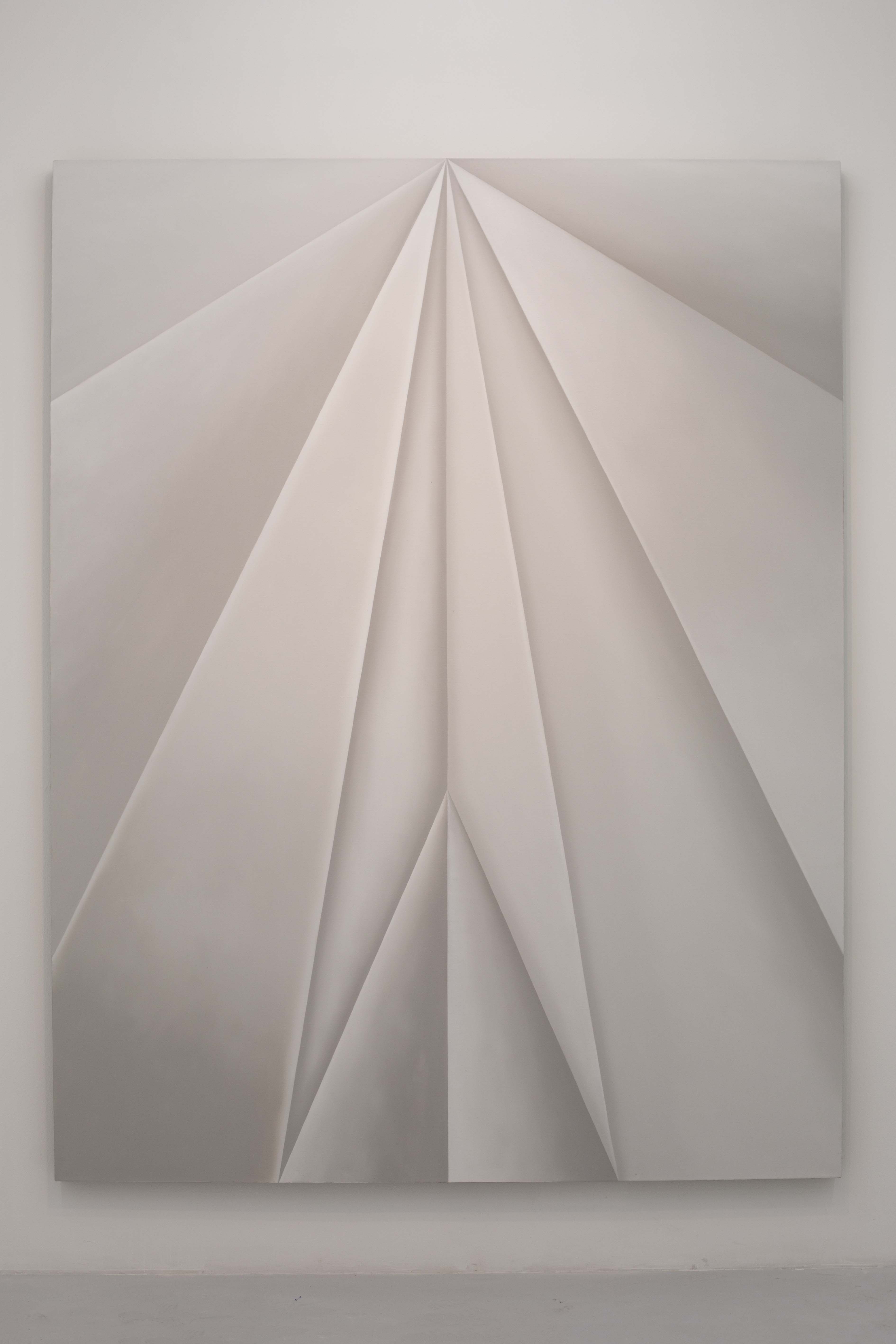 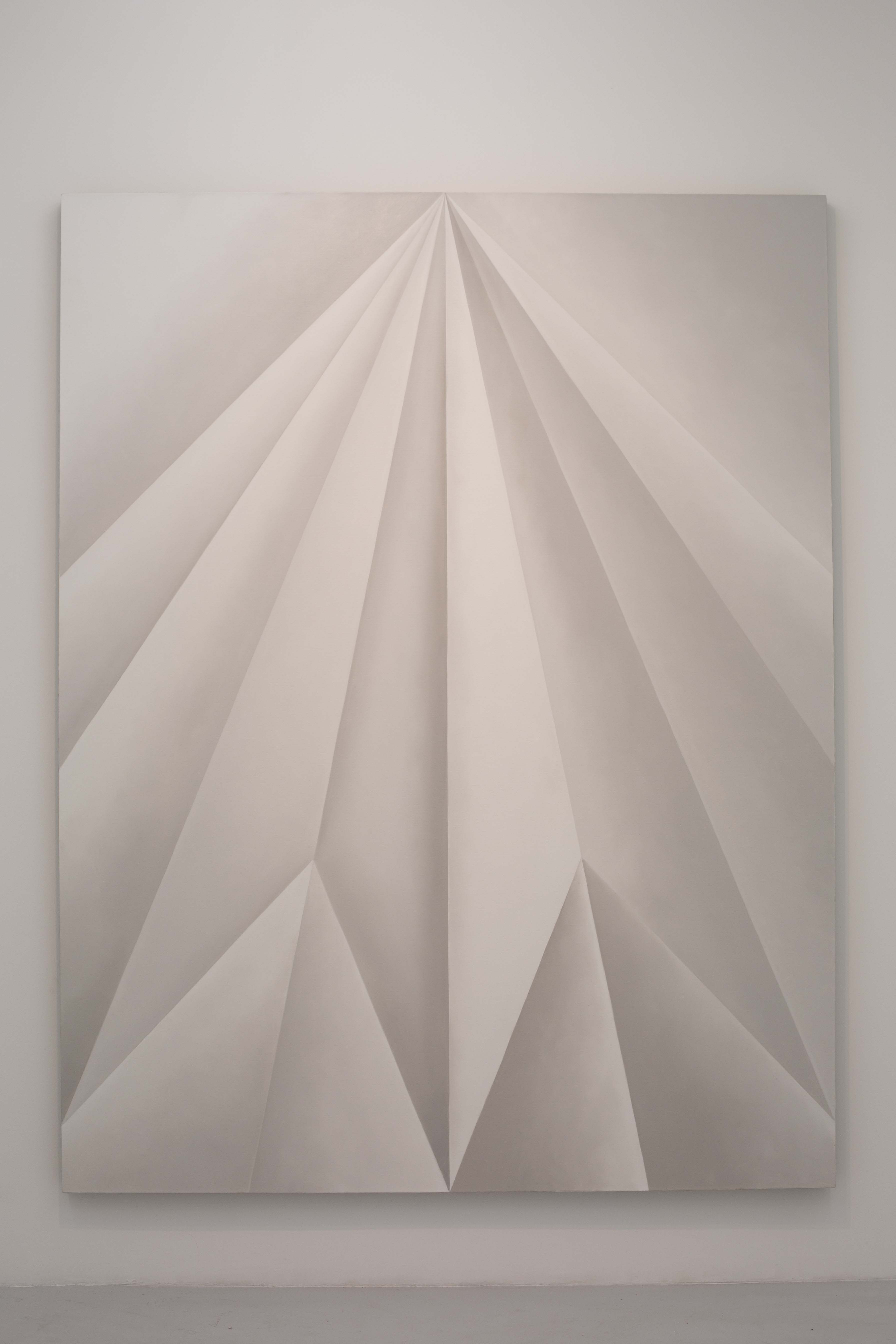 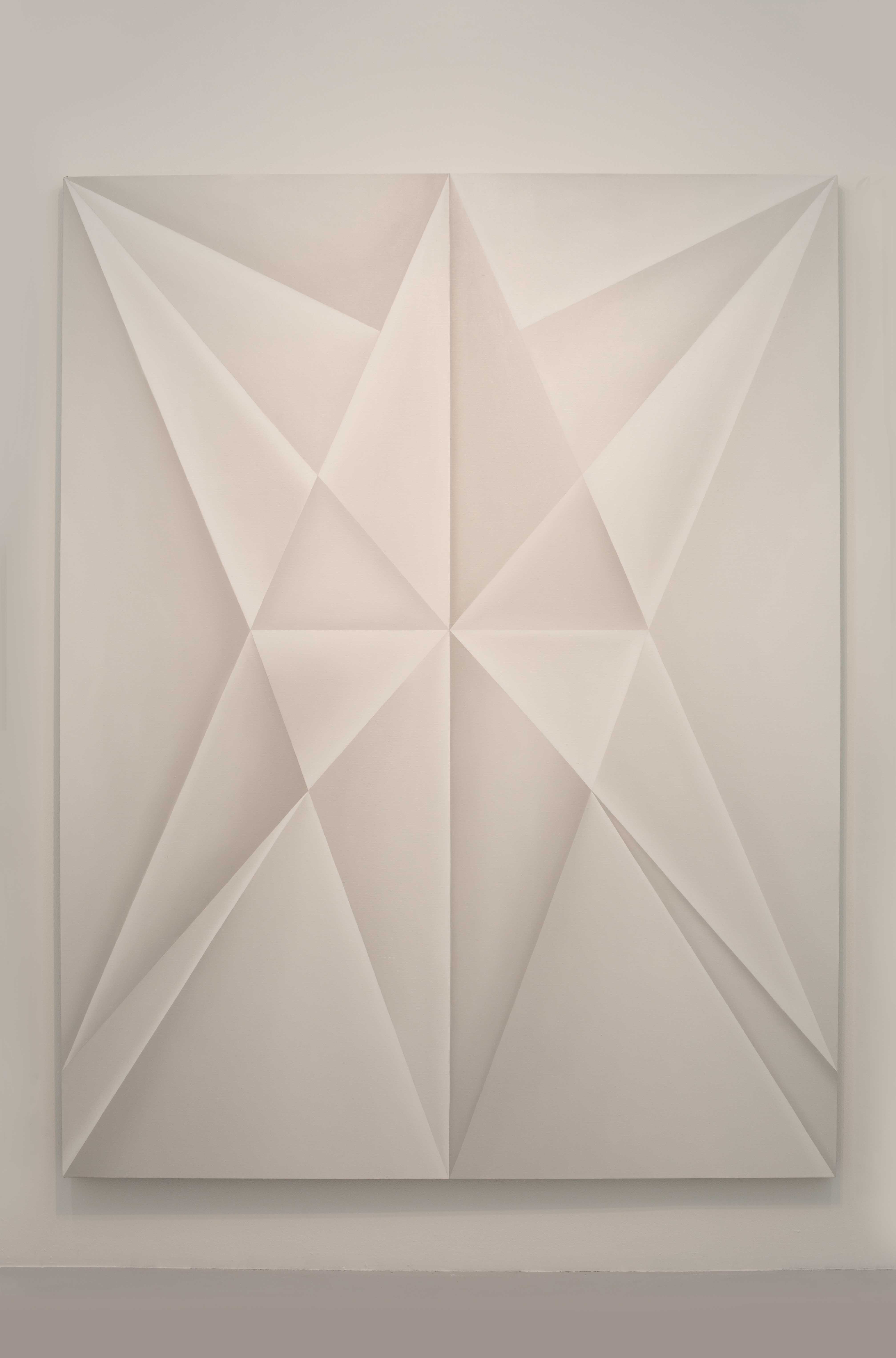 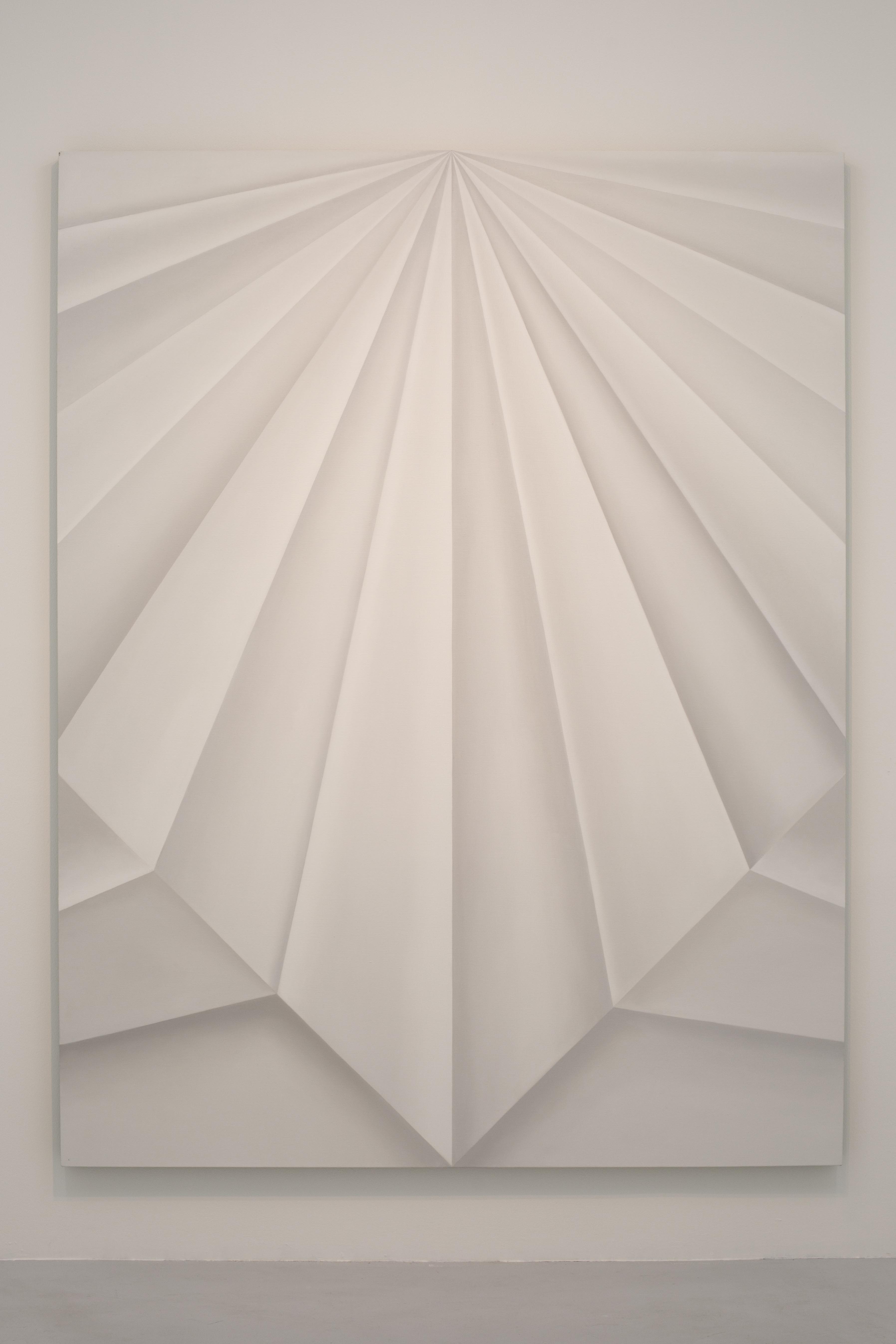 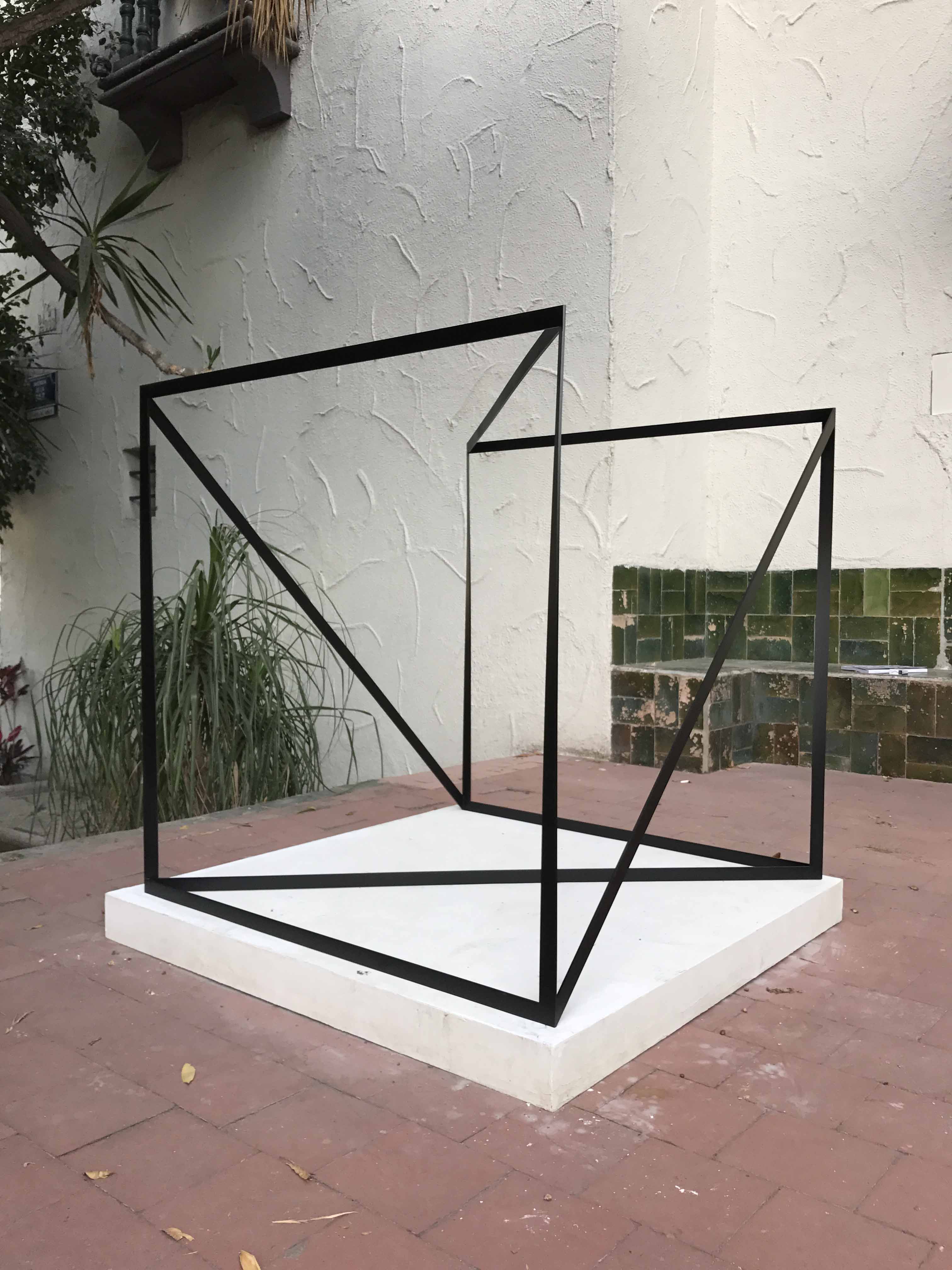 With UNFOLDED PAINTINGS Gonzalo Lebrija continues to expand the intrinsic potential of the icon, approaching painting as a gesture that carries out architectural implications. The preceding experimentations of golden volumes belonging to the series Unfolded Gold highlighted the use of luminosity as an instrument of spatial expansion, now the pictorial medium questions the essential constitution of the icon as image.

These paintings present one of the basic elements of visual construction: verticality and ascending order. The unfolded planes exemplify how power structures and social aspirations can be depicted through a certain geometrical order. Ascension has been codified in various way, in religious art it represents the event of salvation or the pathway towards grace; other artistic movements such as Mexican muralism have identified it with social progress, presenting historical progression as a transcendental development.

Each process of ascension involves levels and some kind of hierarchical disposition, the dichotomy of the mundane and the divine, barbarity and civilization, they operate as geometrical strictures that entail human action and collective behaviors. This is represented as outlines, shadows and brightness in Lebrija’s unfolding experiments, leaving behind only the margins of this notion of verticality: the tendency towards elevation and the avoidance of declination.

The paintings cannot be separated from the gestures that produced them, the simple act of trying to replicate the occurrence of flight. The traces and marks of this childish simulacrum are transformed into construction lines; the materiality of paper is substituted by the severity and formality of oil, giving place to an icon. Each work presents the trajectory from an ephemeral object becoming an autonomous image.