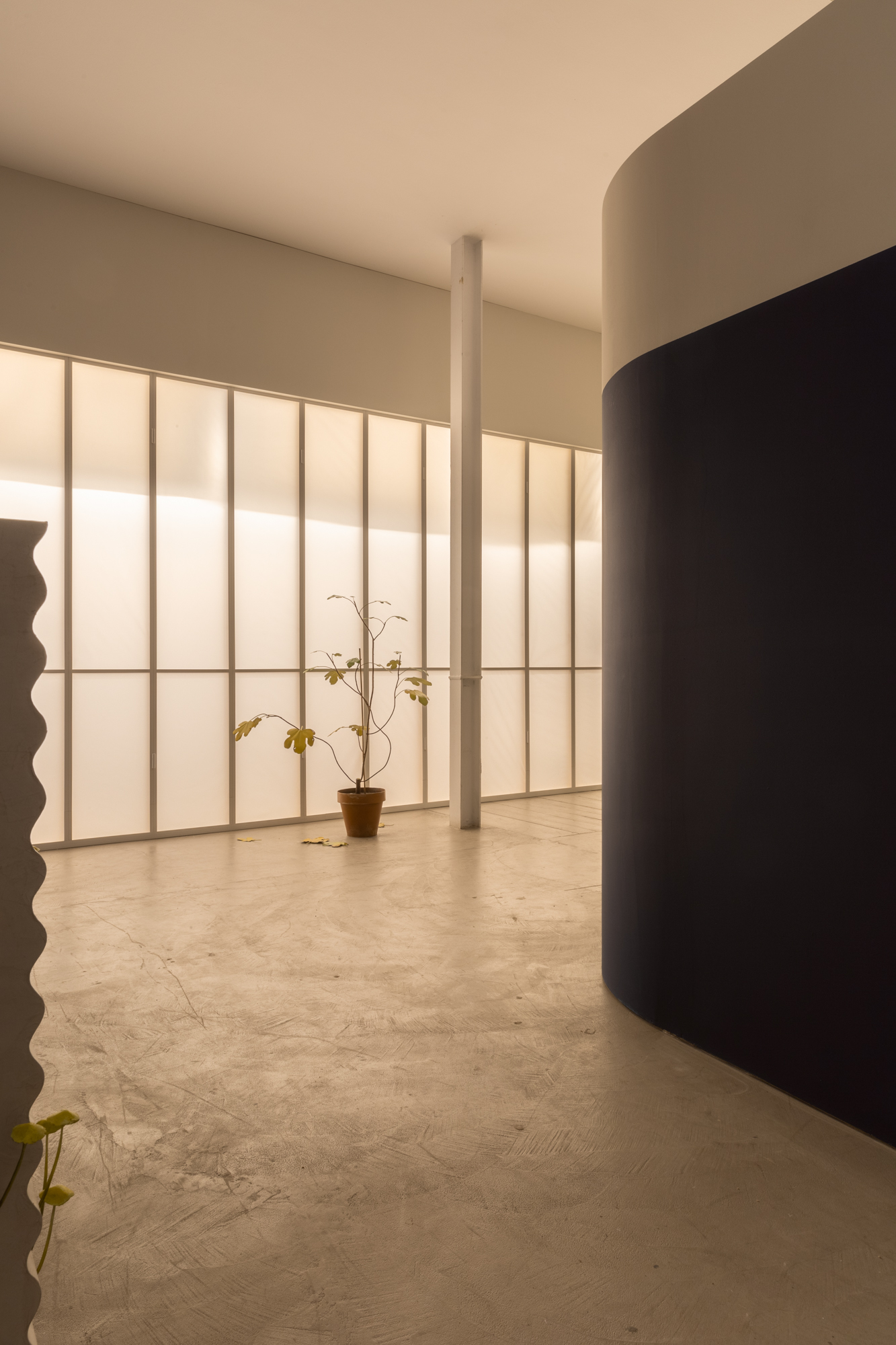 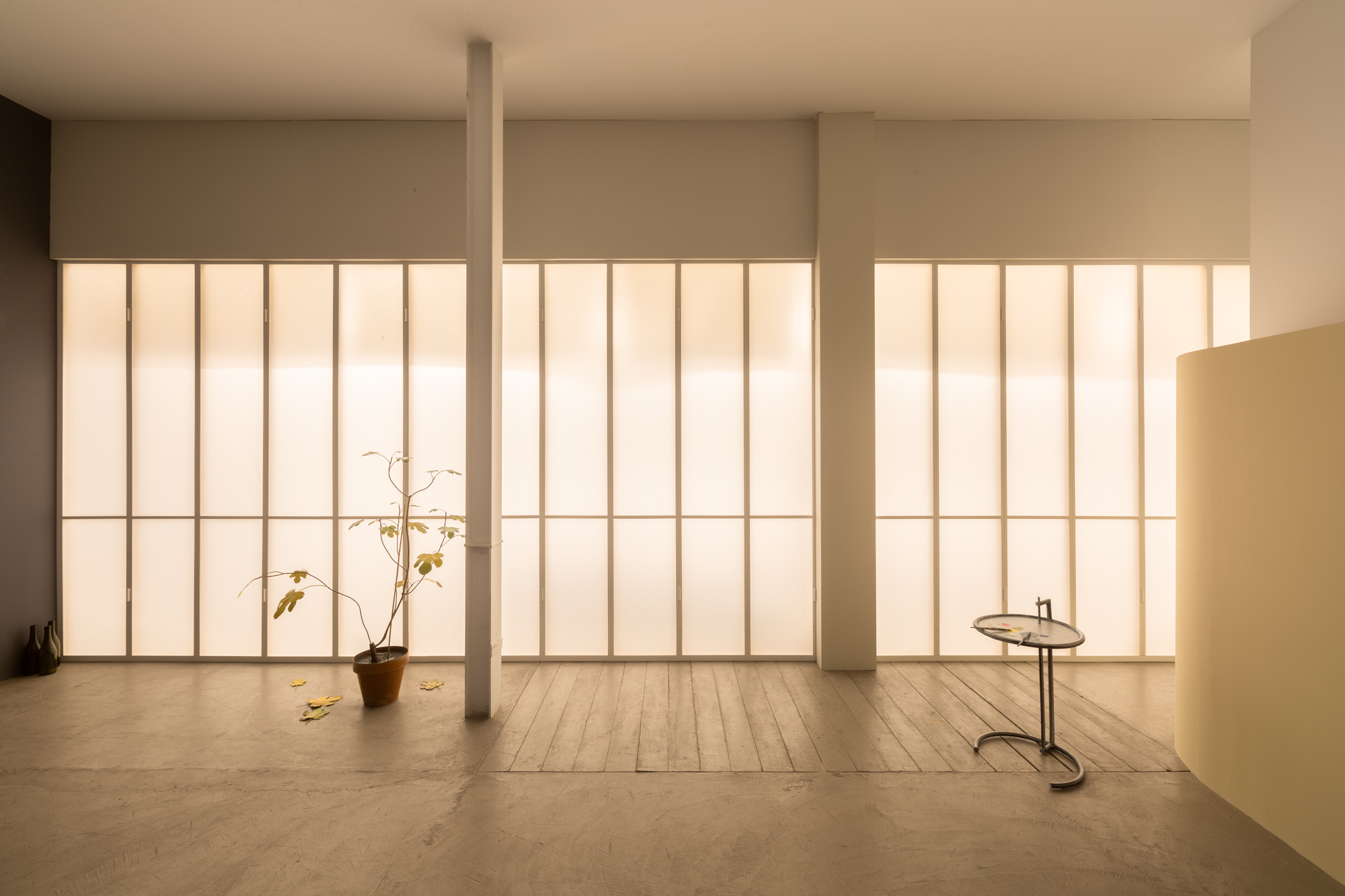 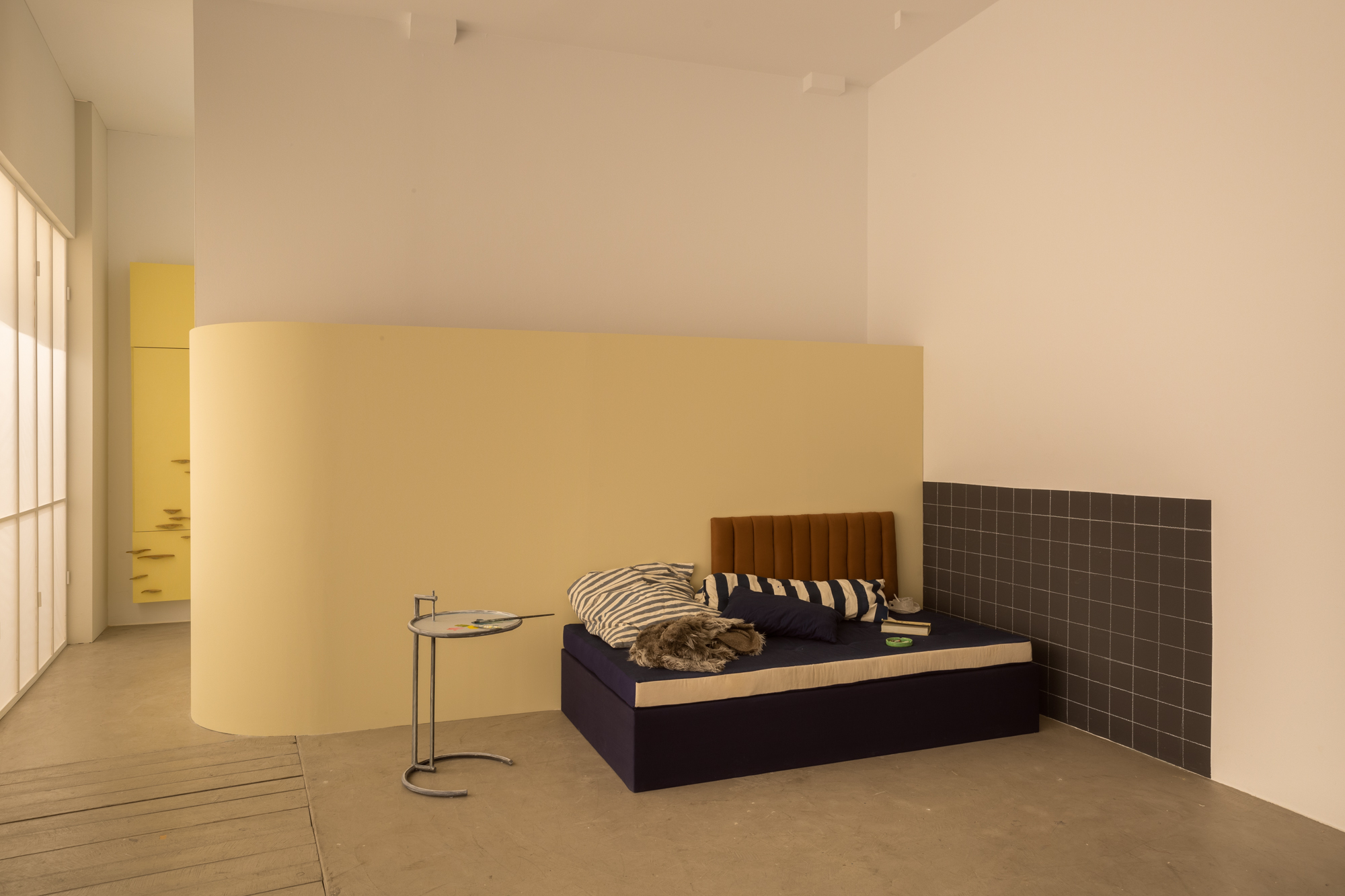 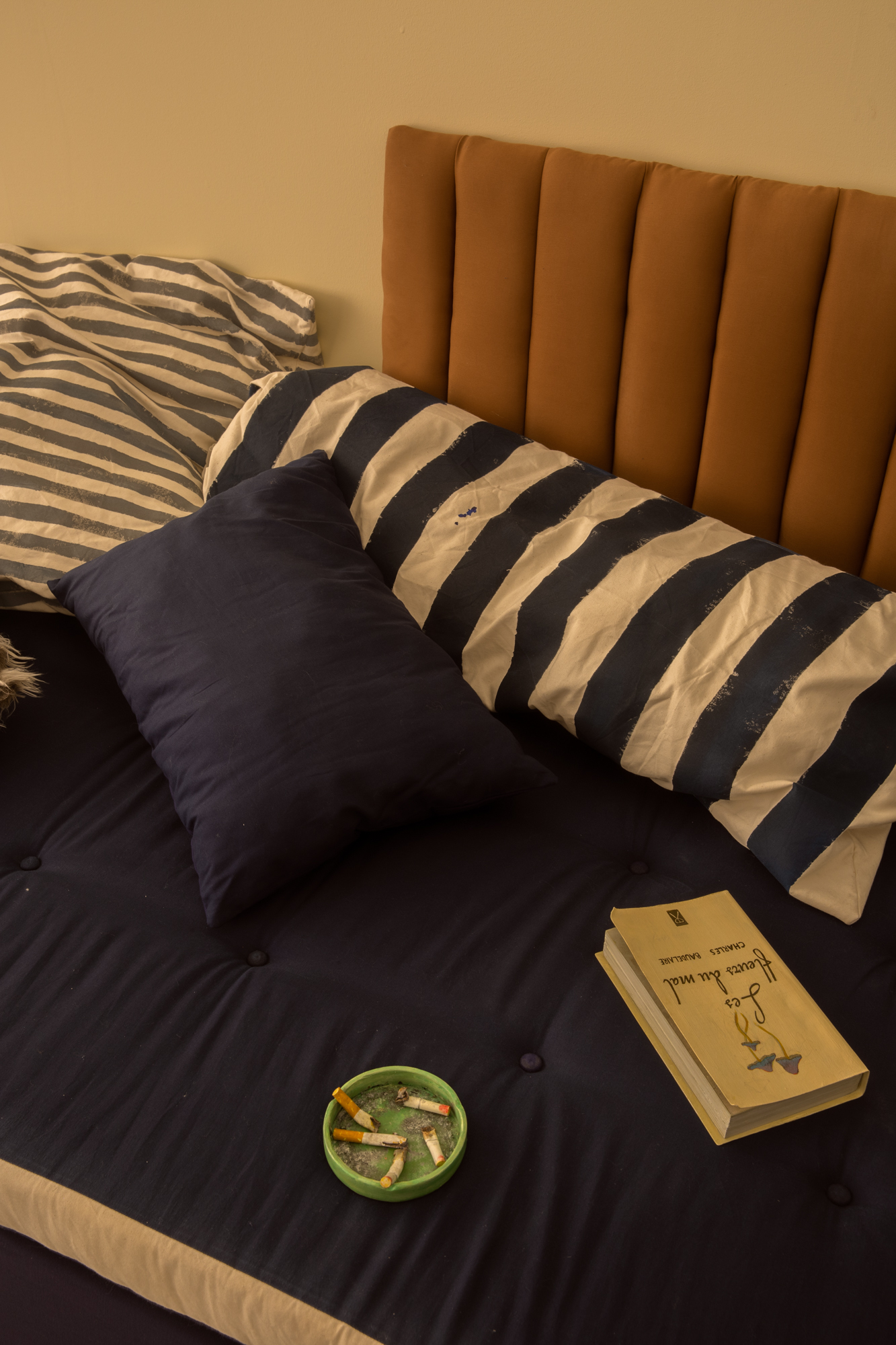 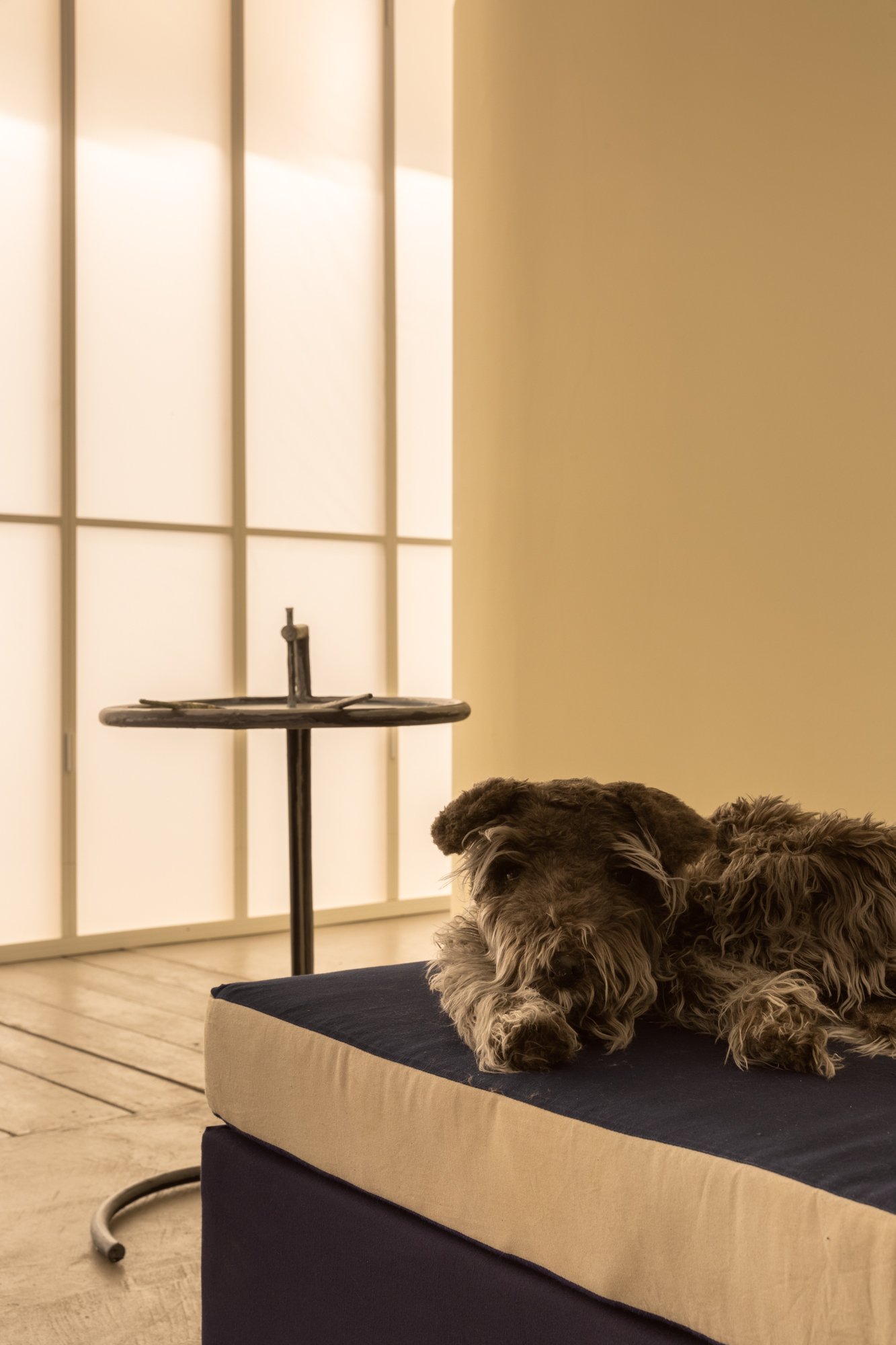 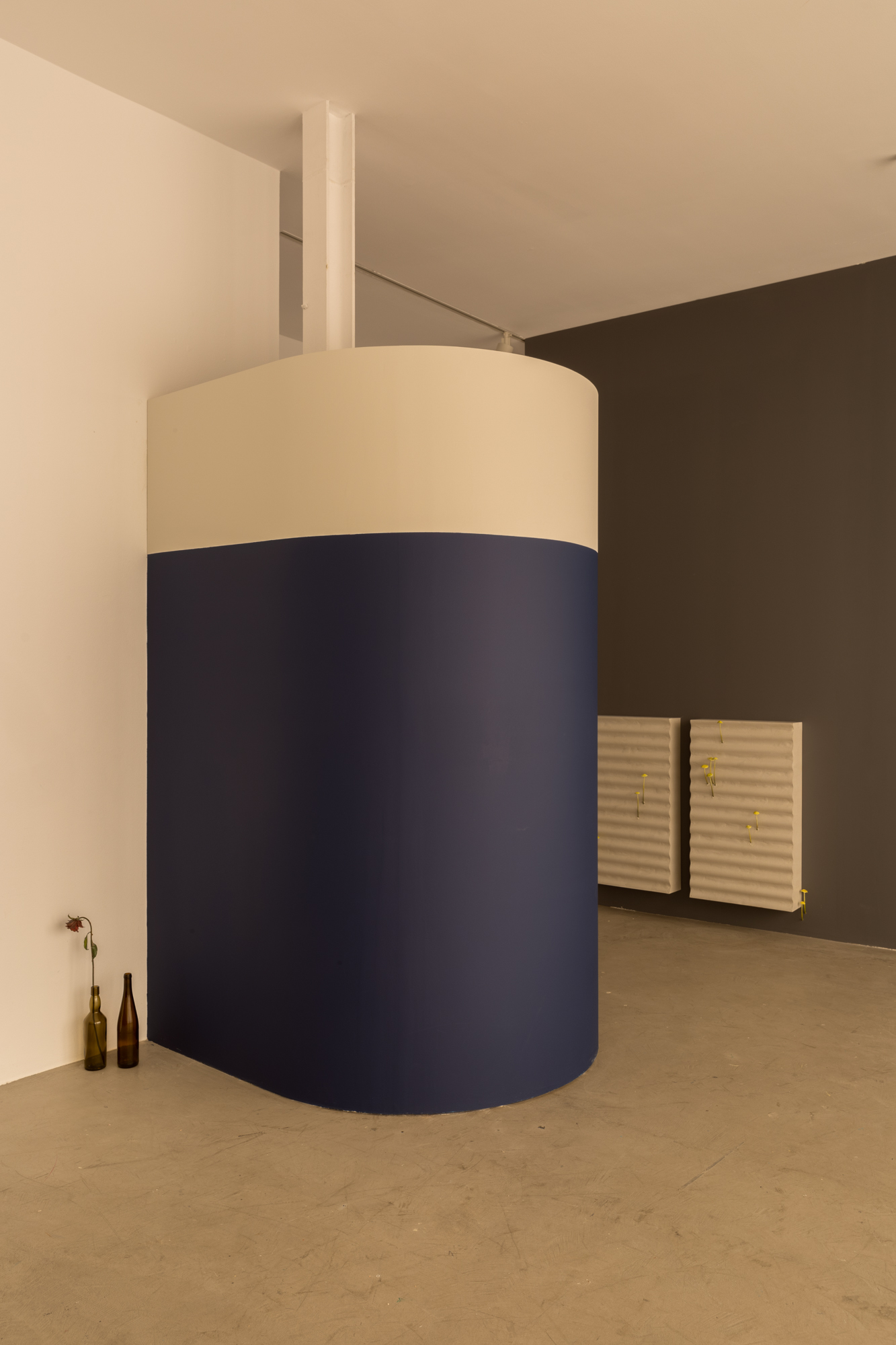 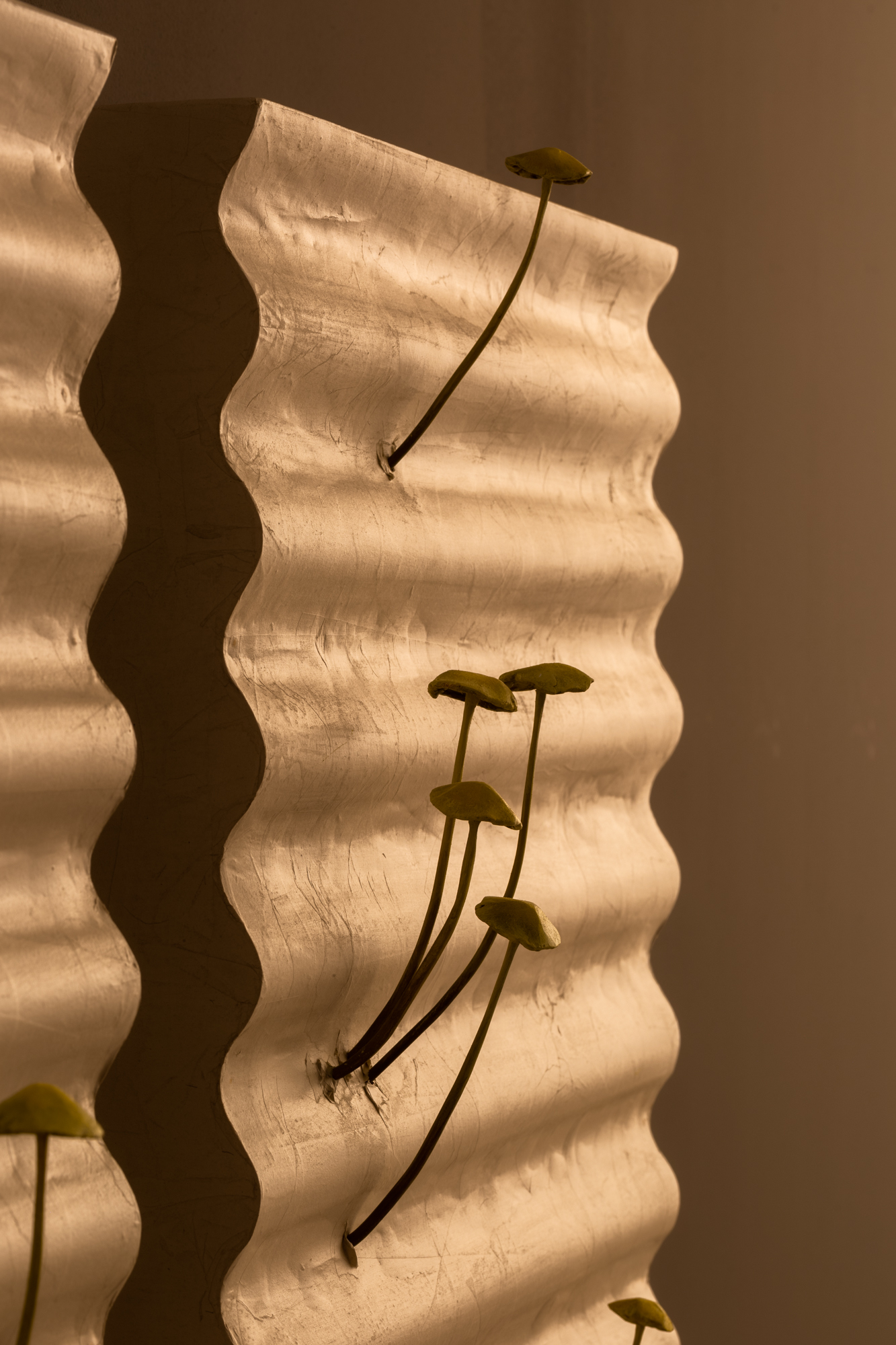 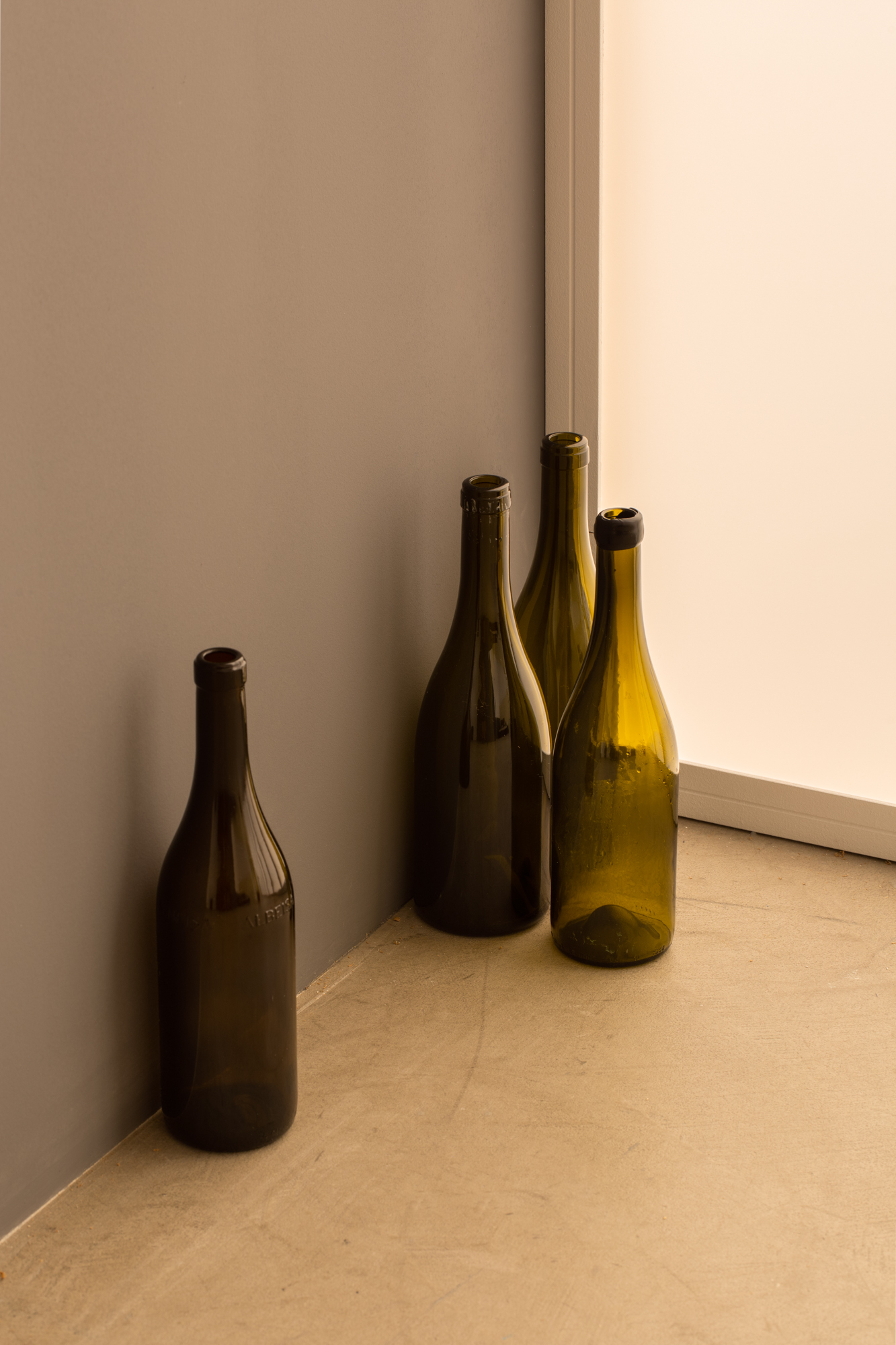 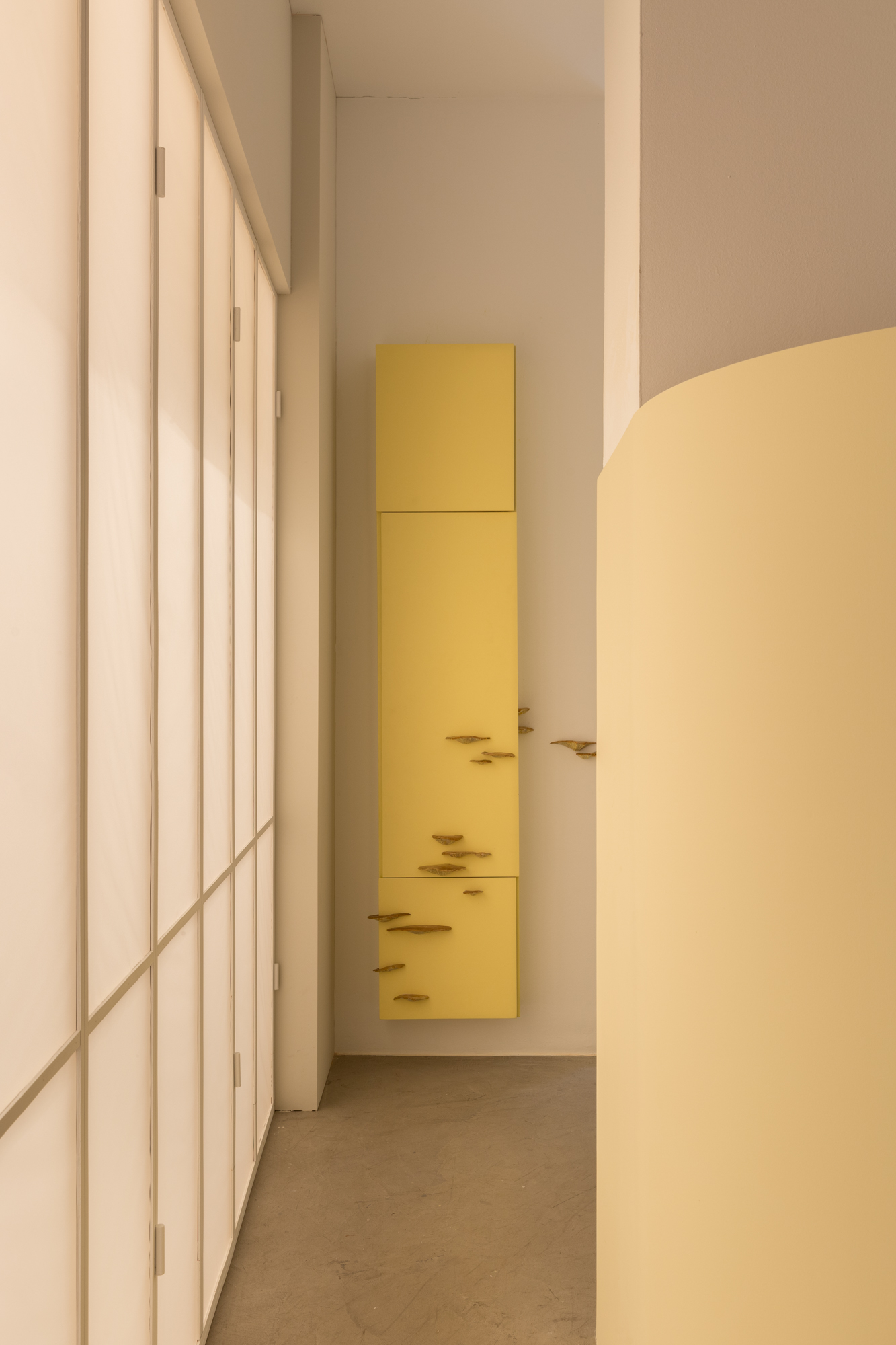 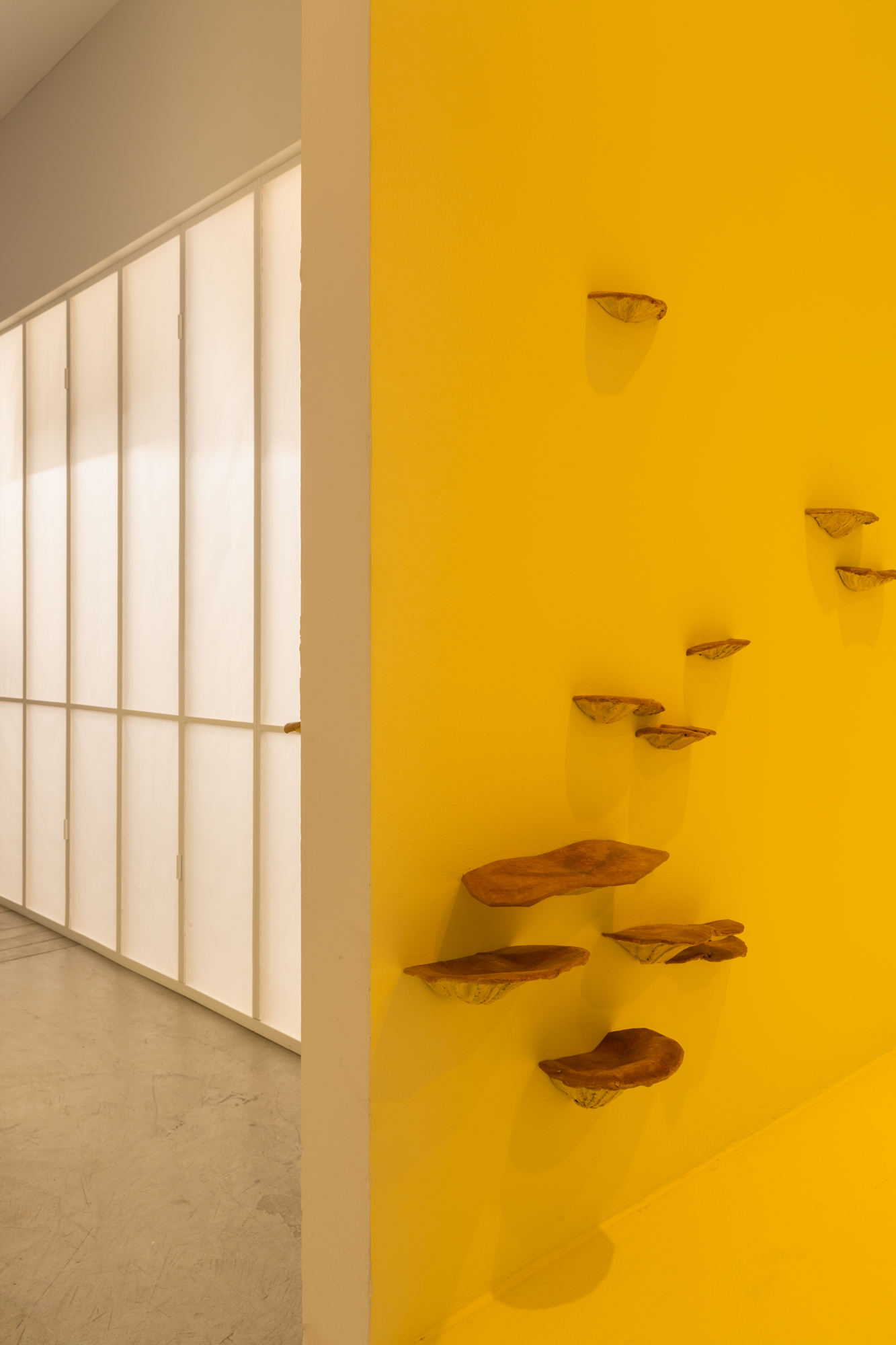 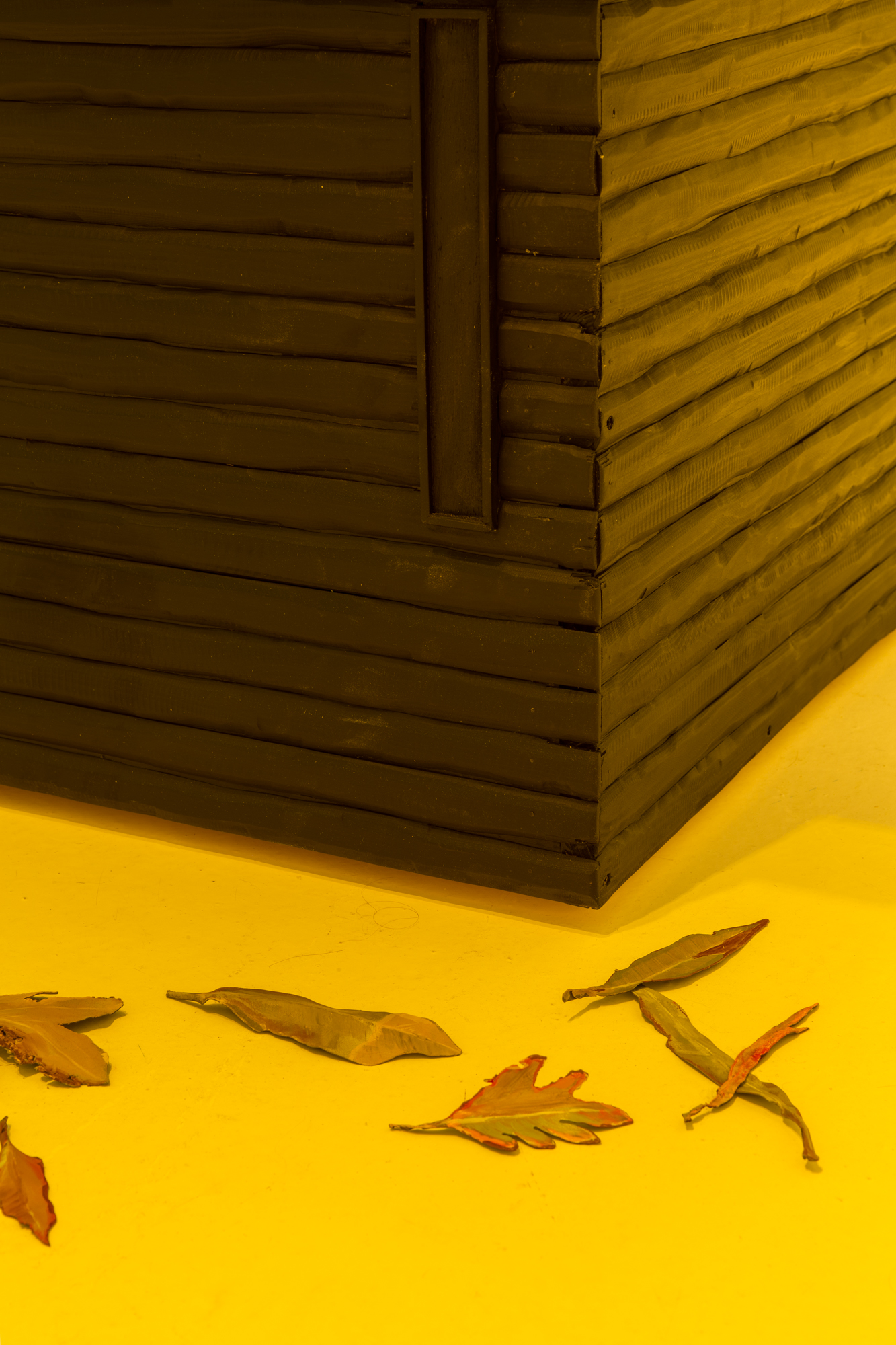 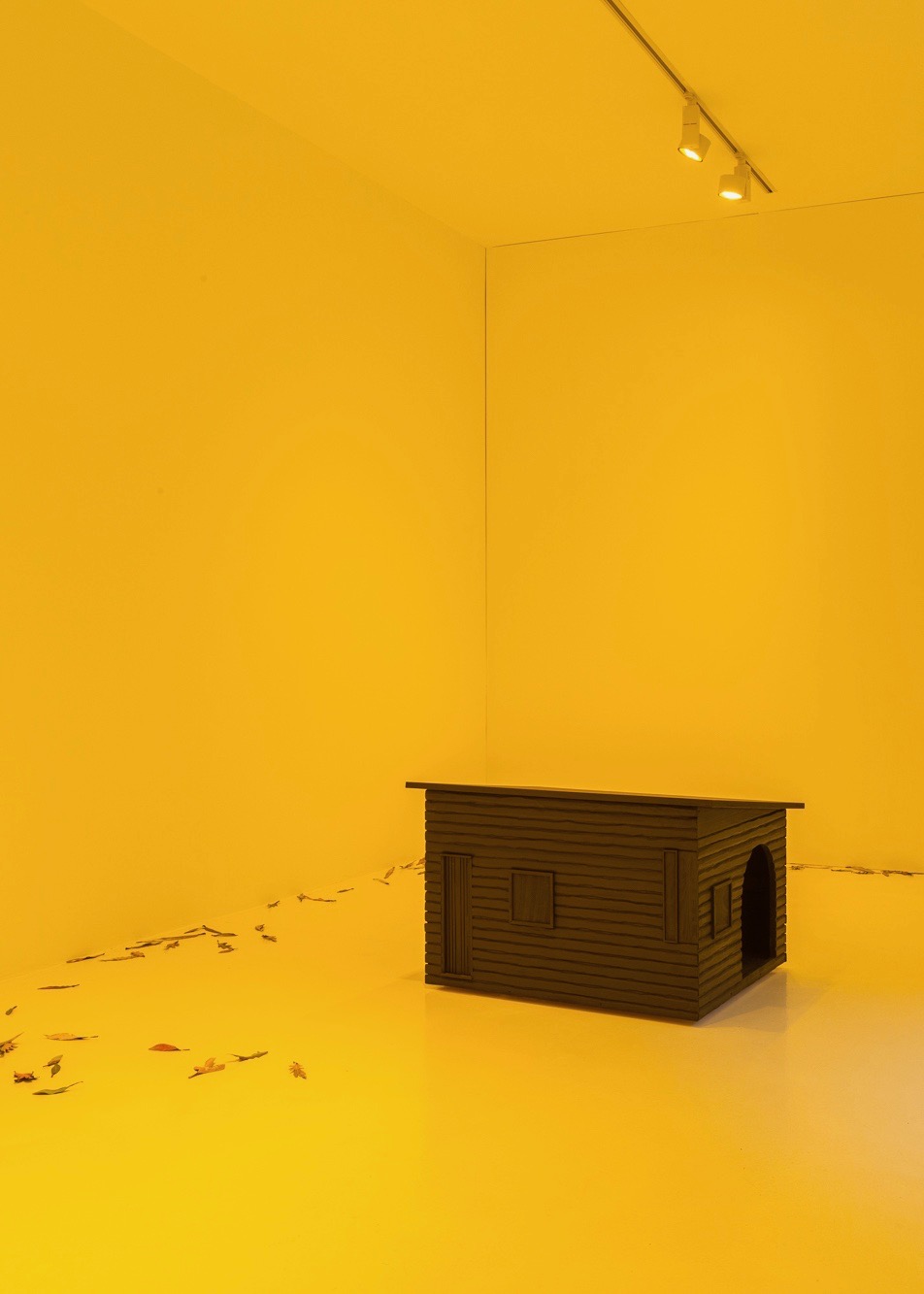 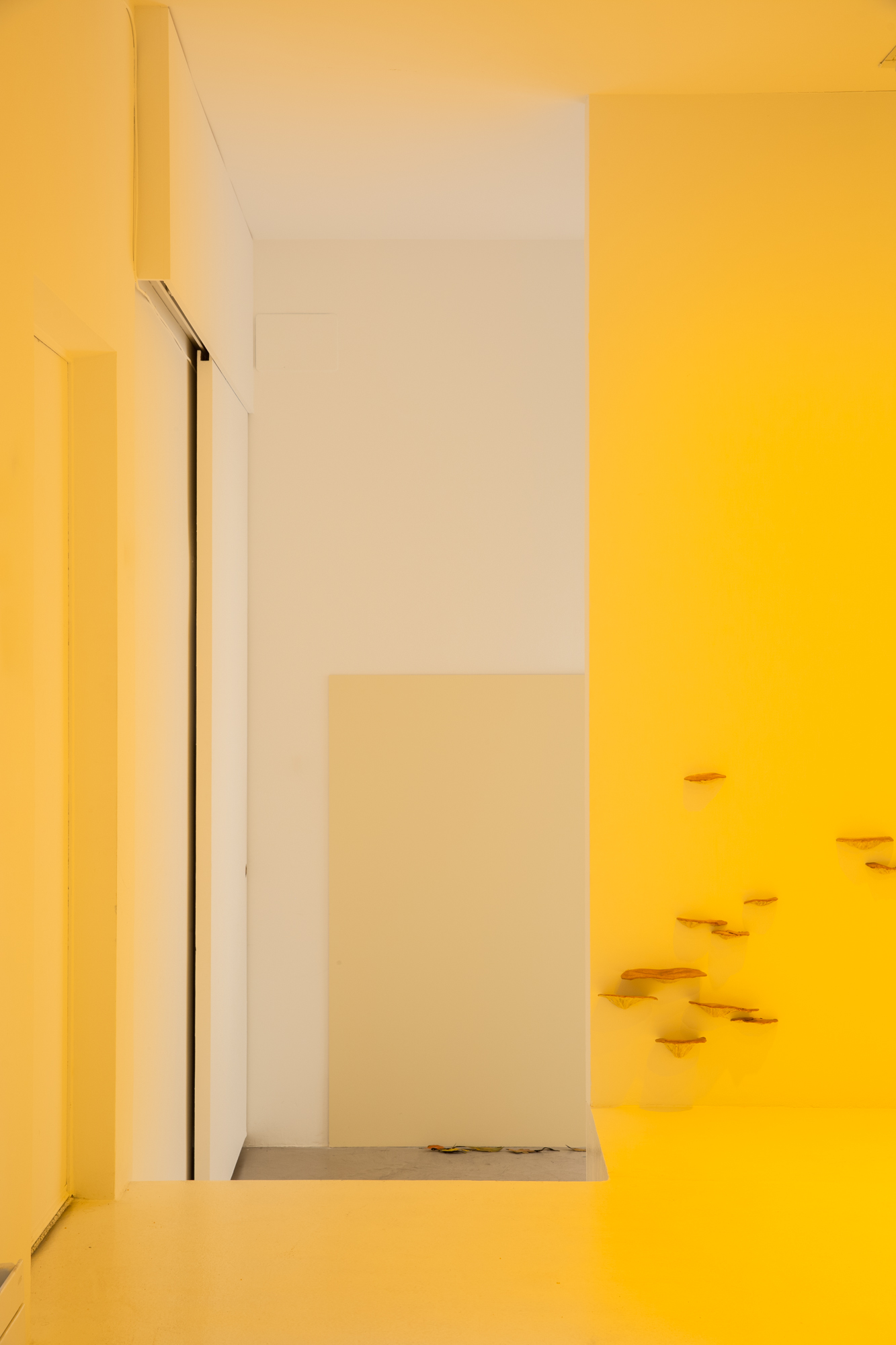 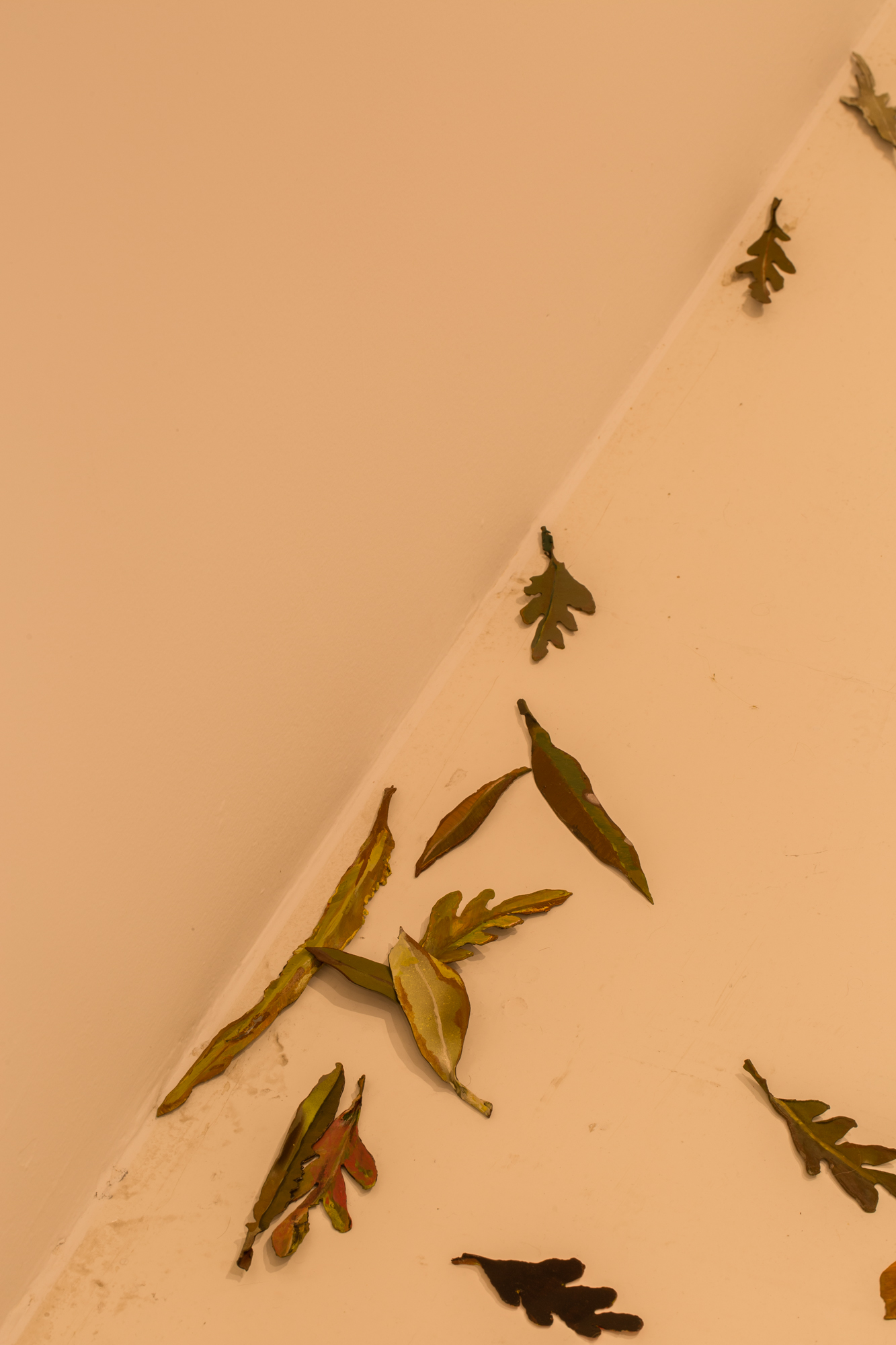 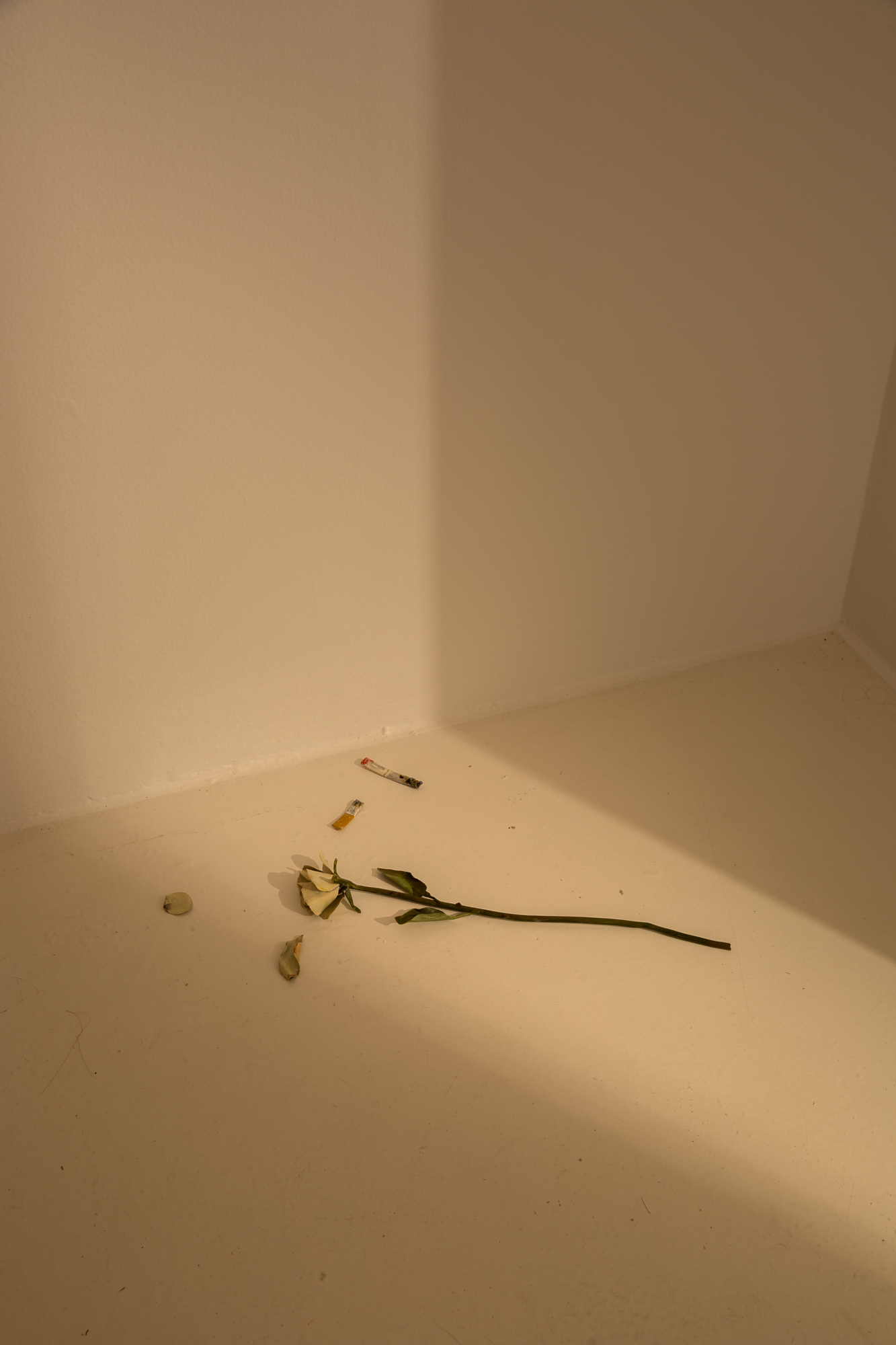 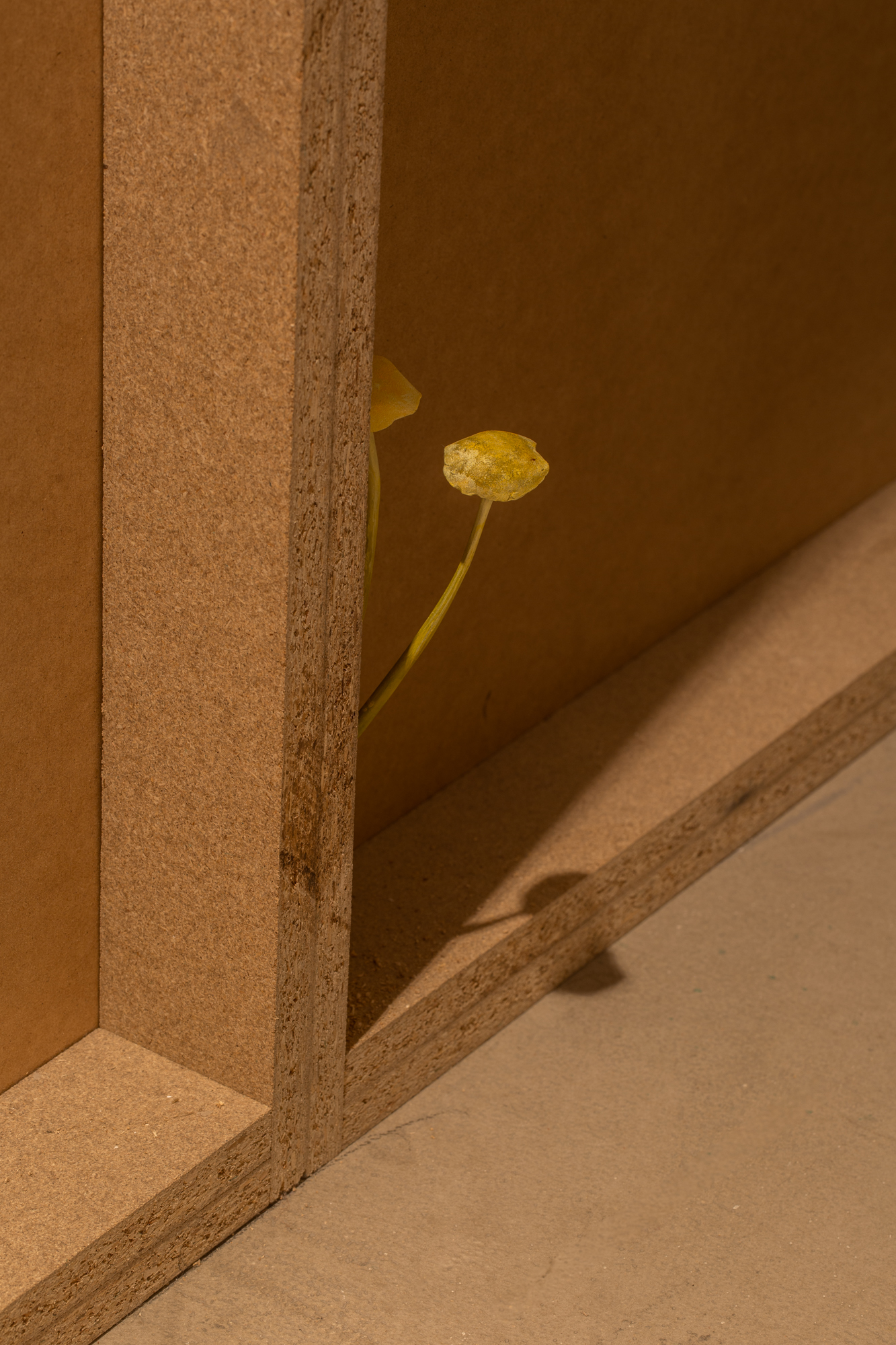 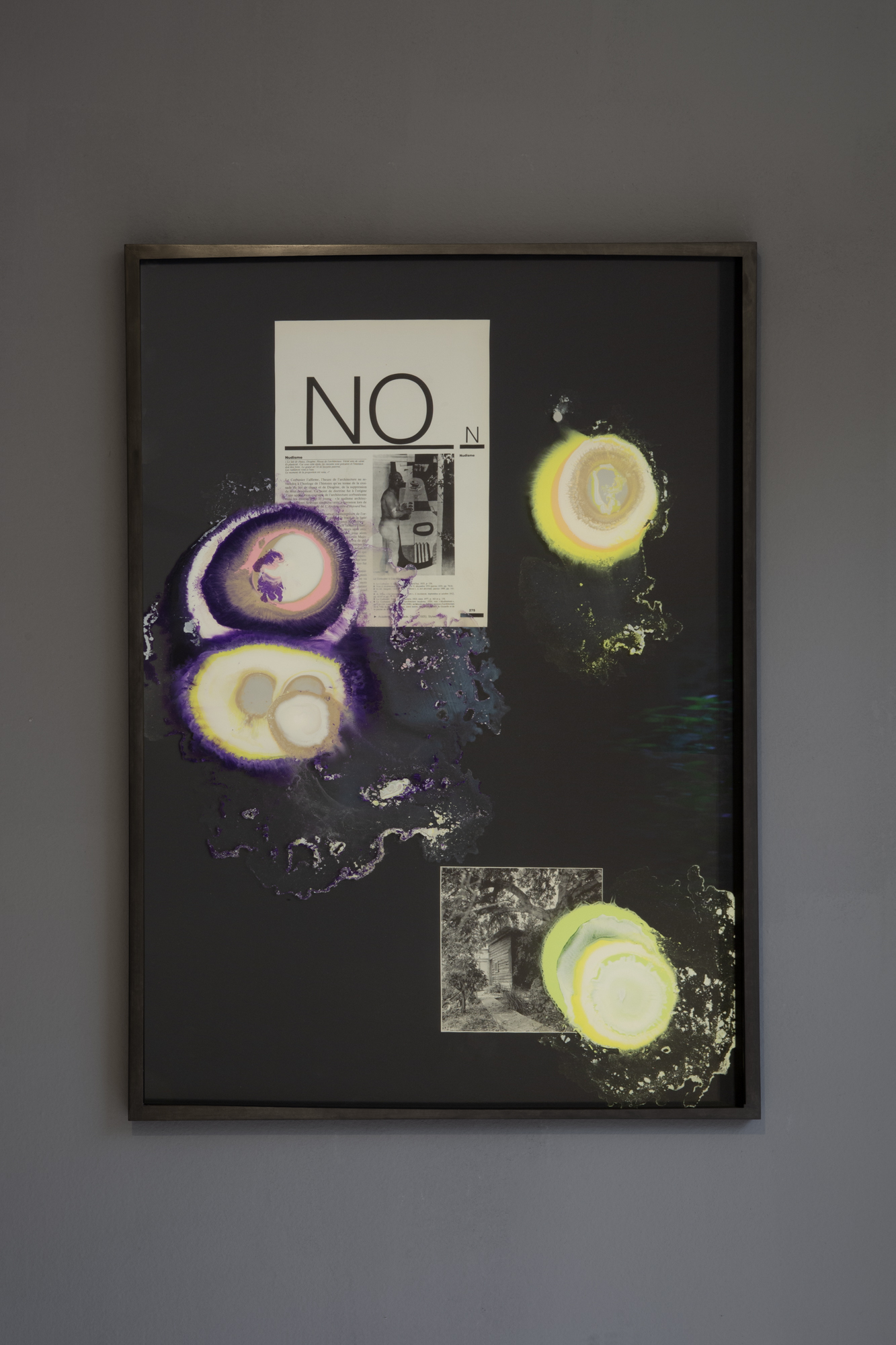 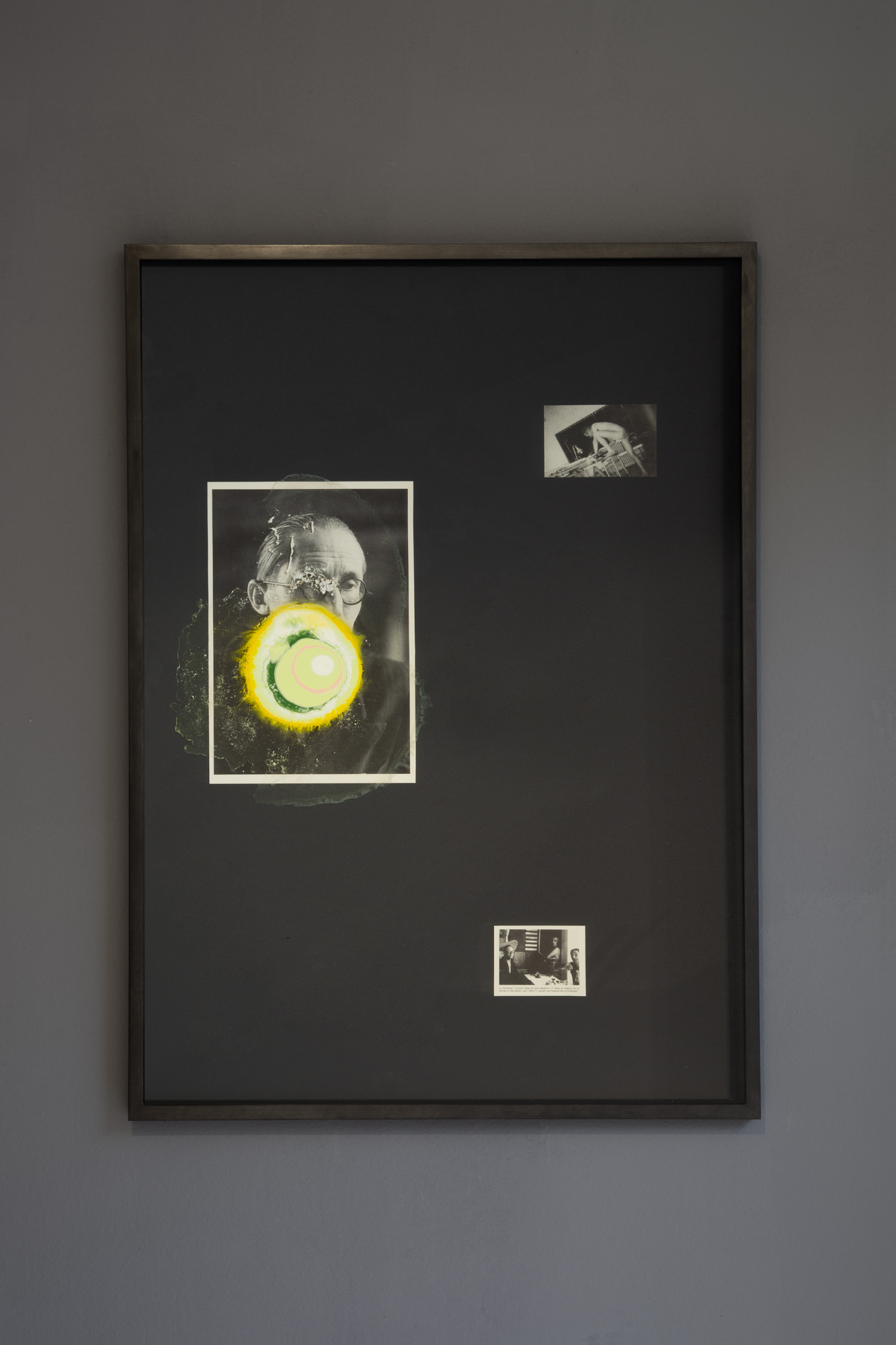 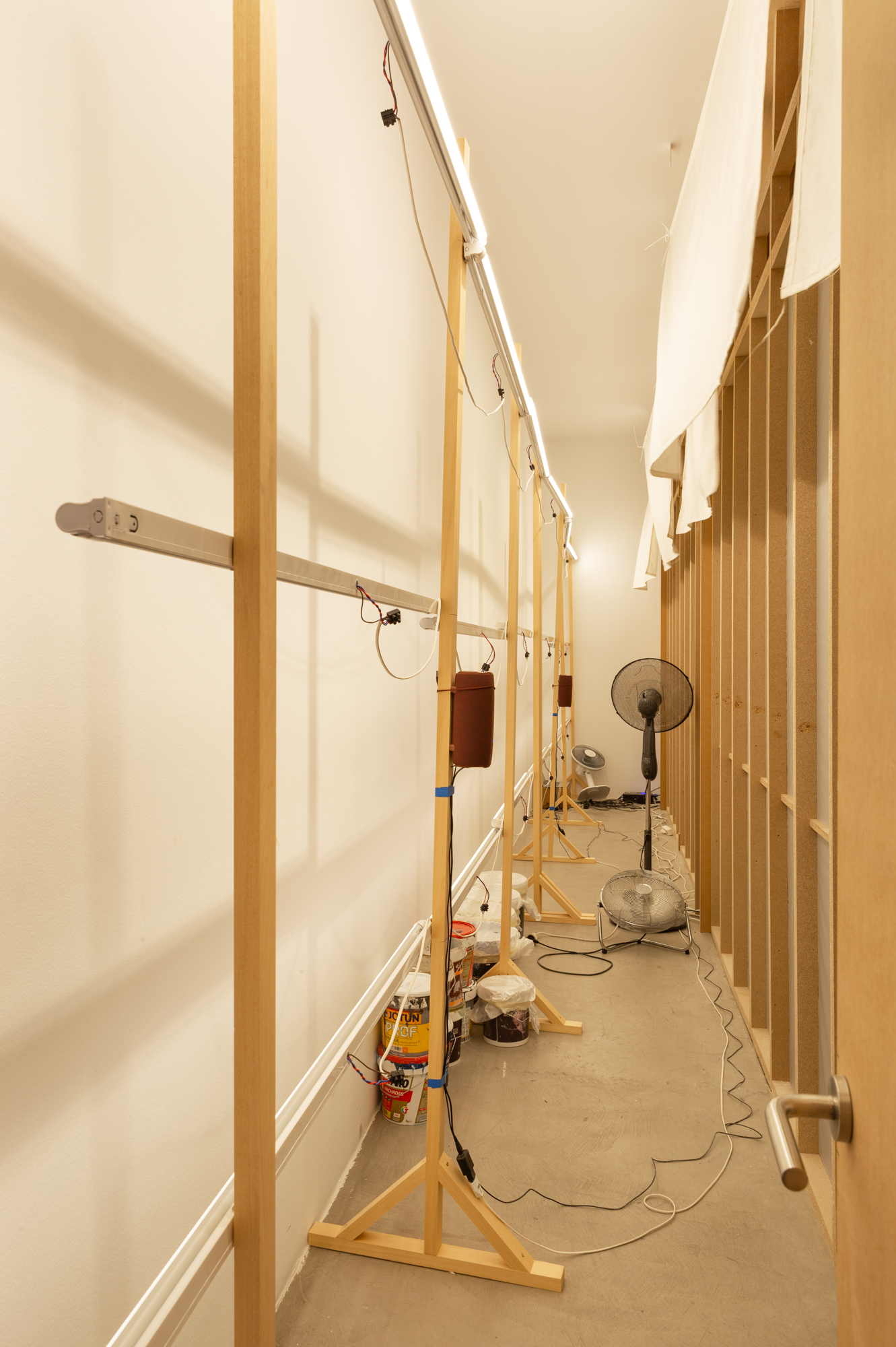 “L’Invitation au voyage”, Alvaro Urbano’s first solo exhibition at Travesía Cuatro, takes its title from Baudelaire’s famous poem from his book Les fleurs du mal. An echo of exotic journeys and idealized landscapes, this title was written in large letters on the nautical map above the daybed in the living room of the seminal house E-1027.

This enigmatic modernist villa overlooking the Mediterranean Sea, located on the rocks of the Bay of Roquebrune-Cap-Martin, was dreamed up, designed, and built between 1926 and 1929 by Eileen Gray for her holidays and her then-partner, the Romanian architect and critic Jean Badovici.

An exemplary model for future visionary projects, it was one of the very few works of architecture realized by the Irish designer. Her character, not inclined to compromise, had led her to be a figure in the shadows, thus relegating most of her projects to imaginary constructions ahead of her time. The house, studied down to the smallest detail, remained in oblivion for more than 50 years, increasing the halo of mystery that has always surrounded the “ambiguous” designer.

In his biography Eileen Gray: Architect/Designer, Peter Adam quotes Gray when he writes: “A house is not a machine to live in. It is man’s envelope, his extension, his liberation, his spiritual emanation. Not only its visual harmony but its organization as a whole, the whole work combined, make it human in the deepest sense”.

Le Corbusier, a friend and guest of Badovici on several occasions, disfigured the interiors by painting and modifying the walls with despicable erotic scenes inciting masculinity. Conceived by Eileen Gray as screens to define walkability and surprise, the walls had been designed instead to welcome only shadows or the reverberation of the sea, providing the occupant with a total sensorial experience thanks to the skillful use of technology, advanced materials, and natural light. The furnishings created a living, purified architecture through a refined mechanical choreography of modular elements charged with aesthetic logic and stimulating a sense of estrangement. Eileen Gray never forgave Le Corbusier for his act of vandalism and legend has it that she never returned to E-1027.

After Badovici’s death, Le Corbusier was never able to buy the Villa and, obsessed by this defeat, convinced the Swiss architect Marie-Louise Schelbert to buy it while he found a way to encircle it by acquiring the surrounding land. It was in the sea below E-1027 where Le Corbusier would eventually drown in the summer of 1965. In the following years, the house was mistreated and emptied of all its original furniture by Dr. Peter Kägi, who inherited the house after Schelbert, his patient, was found dead in her flat in Zurich. He was murdered in the living room 16 years later.

Born only 7 years after Eileen Gray’s death, Alvaro Urbano’s path has led him from the study of architecture and design to that of art and performance. Through the development of his own pictorial and sculptural language, he makes the history of modern architecture a privileged field for investigating its “Dionysian” and political aspects. Architectures often come to life in his installations, enveloping the visitor in a dreamlike and sensitive landscape, creating immersive experiences through a performing “meta-architecture”.

“L’Invitation au voyage” is a sculpture-installation in which Urbano has reconstructed a scenic mechanism inside the gallery that reinterprets the living room of the villa through a careful study of its floor plans; ingeniously adapting it to the space in which it is inscribed. The structural elements become personal reinterpretations of the archetypes conceived and designed by Eileen Gray herself.

Re-performing architecture such as that of E-1027 suggests a very precise stance: the denunciation of underhand violence that is the result of a unilateral masculine attitude and thinking. Unlike the questionable restoration of the Villa (which can be visited today), in Urbano’s cinematic reconstruction, there is no place for the reproduction of Le Corbusier’s paintings.

The invading spirit of the Swiss architect hovers in the space in the form of mycosis and parasitic fungi. For the exhibition, Urbano invited artist and friend Tyra Tingleff to produce a series of works in which photographic reproductions of Le Corbusier defacing the walls of the villa are themselves “defiled” by colored shapes with oil paint as if they were the ones generating the colored spores essential to the propagation of Le Corbusier’s pests. Charging it with ambiguity, Eileen Gray’s famous E-1027 table becomes a support for a painter’s palette, a simple support to prepare the future act of vandalism. In the backroom of the exhibition, Urbano takes revenge on Le Corbusier by reincarnating him in his dog Pinceau as the inhabitant of the Cabanon, a small 14sqm wooden shack built in 1951 next to the old tavern “l’Étoile de mer”. Overlooking E-1027, this mythical work of architecture becomes a dog kennel.

Like ectoplasms, we find ourselves immersed in an imaginary and magical space/time, suspended in an animistic atmosphere, an idealized and living space/ghost, while accompanied by the musical notes of “L’Invitation au voyage” composed by Henry Duparc in 1870, in homage to the poetry of Baudelaire.

Alvaro Urbano’s exhibition sublimates the work of Eileen Gray by projecting it into the future/present. “The future projects light’, the past only clouds”, as Gray said. The artist built the project based solely on readings, research, photographic material, and the stories of those who, like me, had the opportunity to visit the Villa.