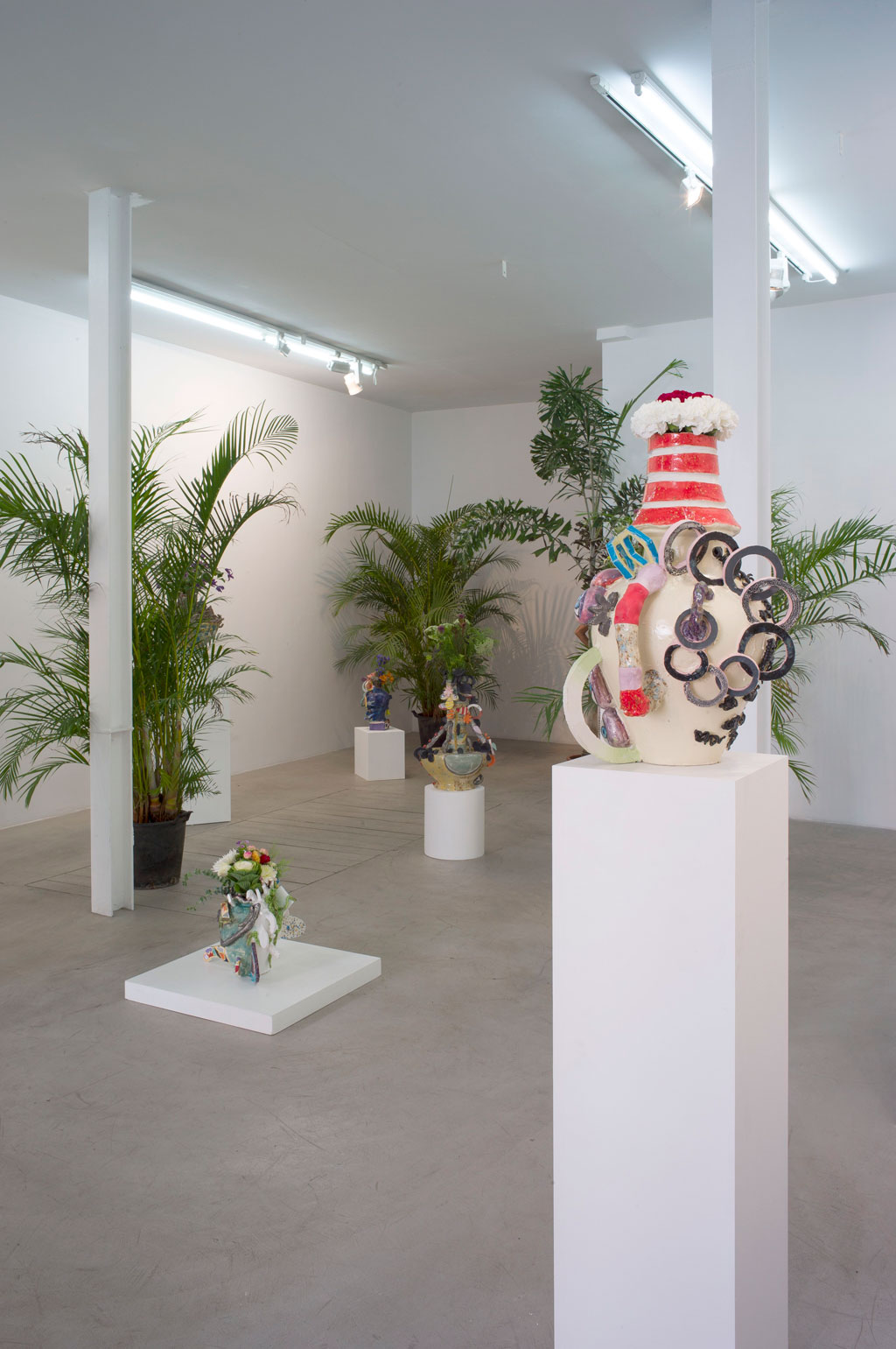 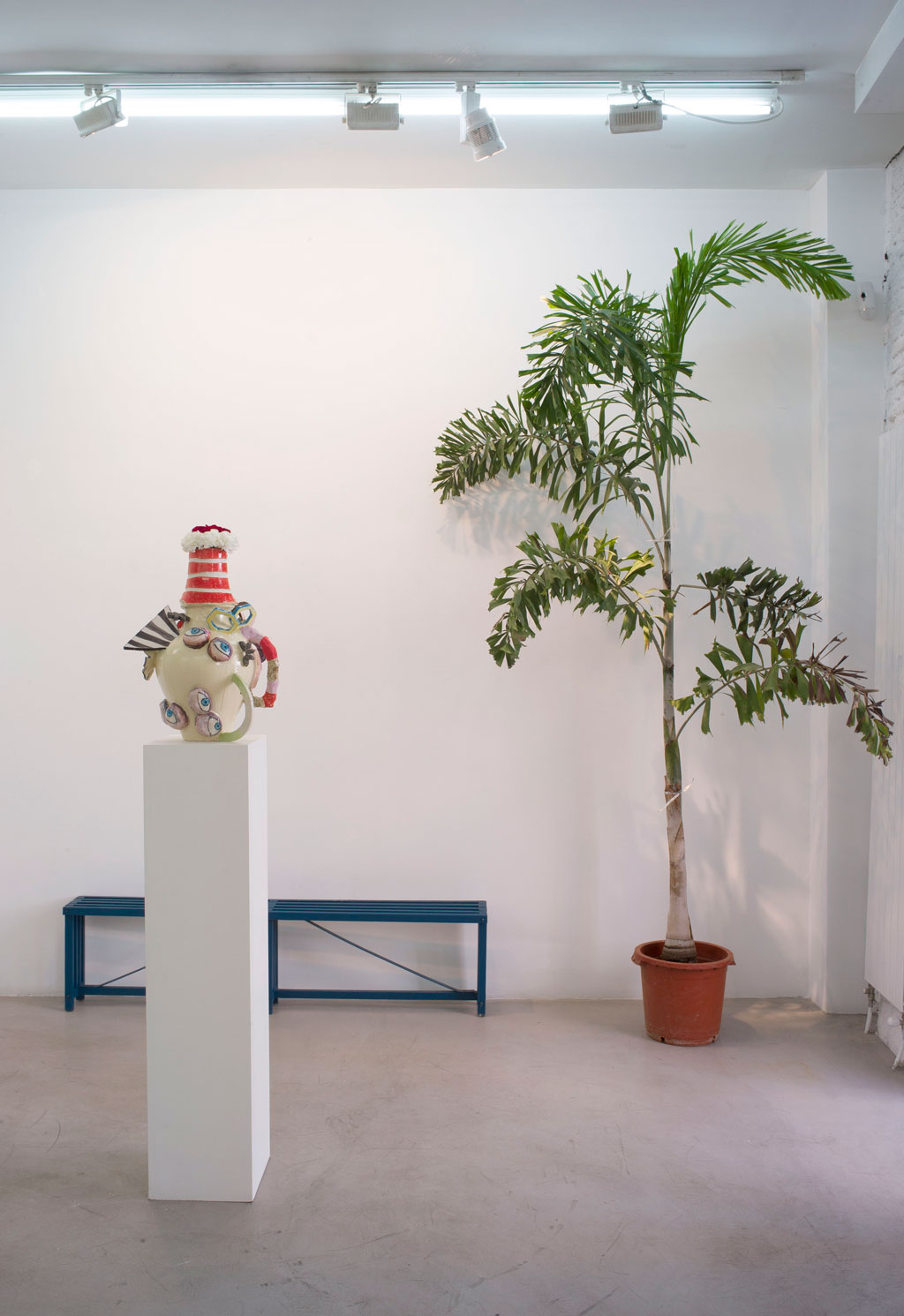 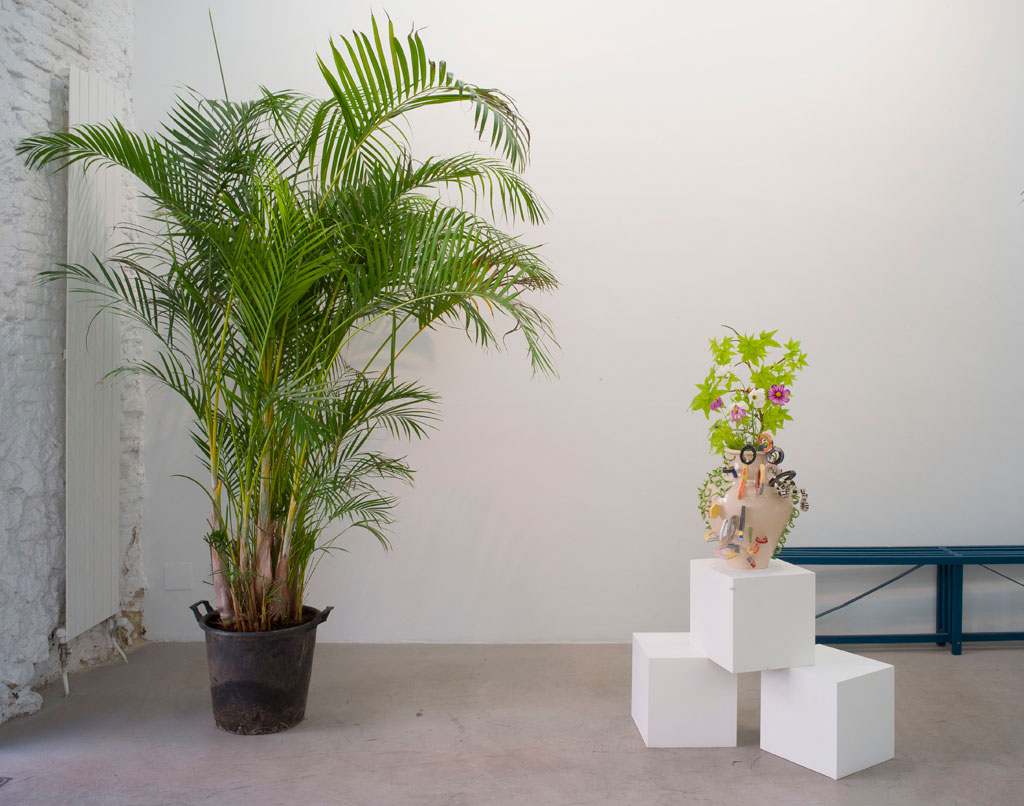 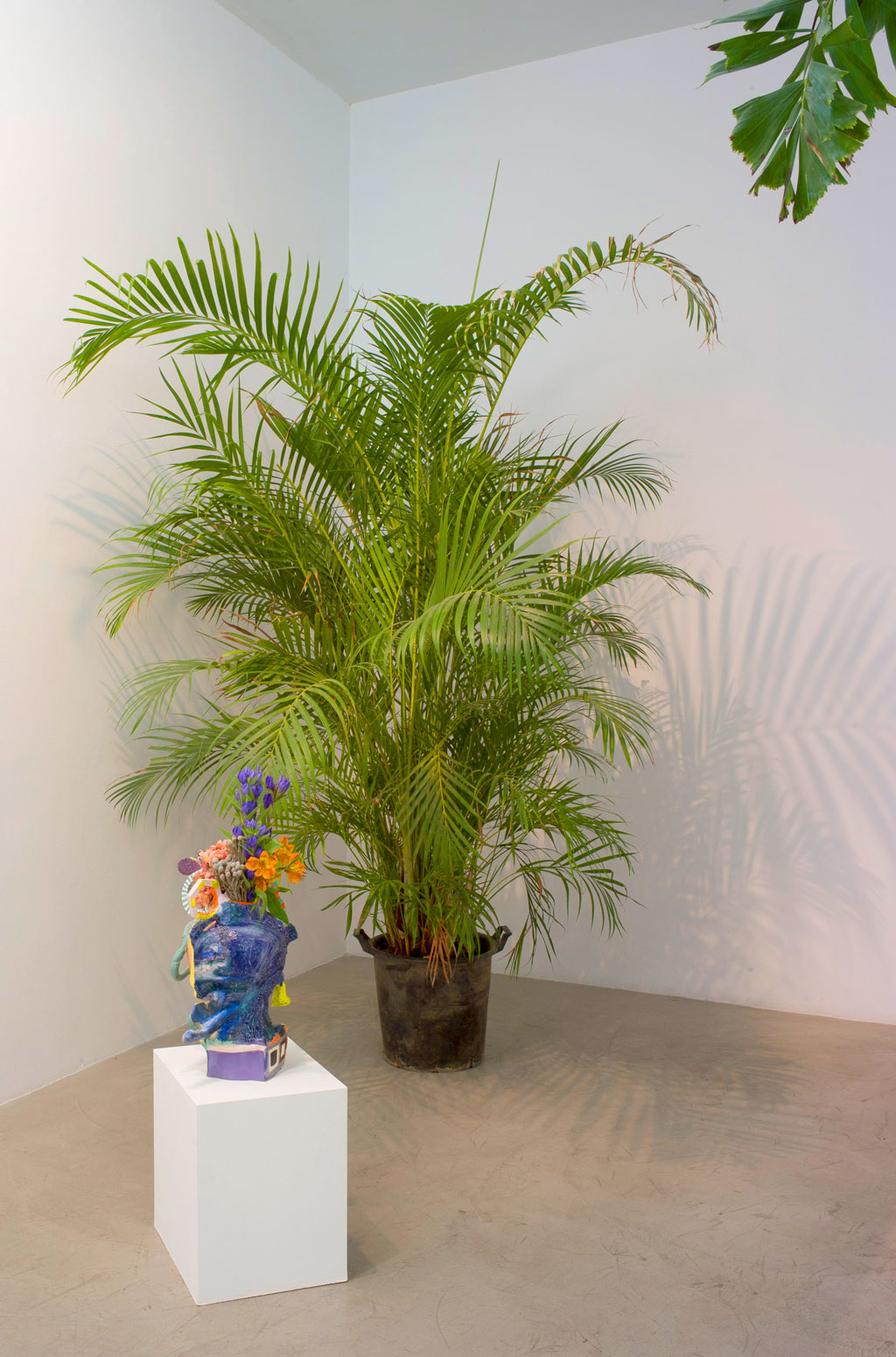 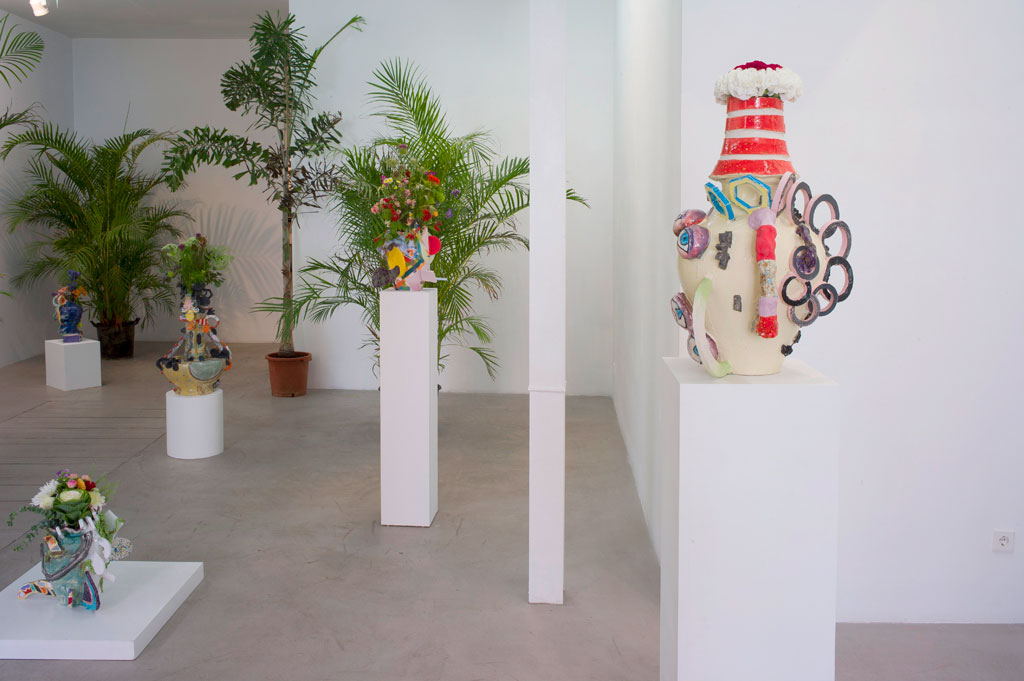 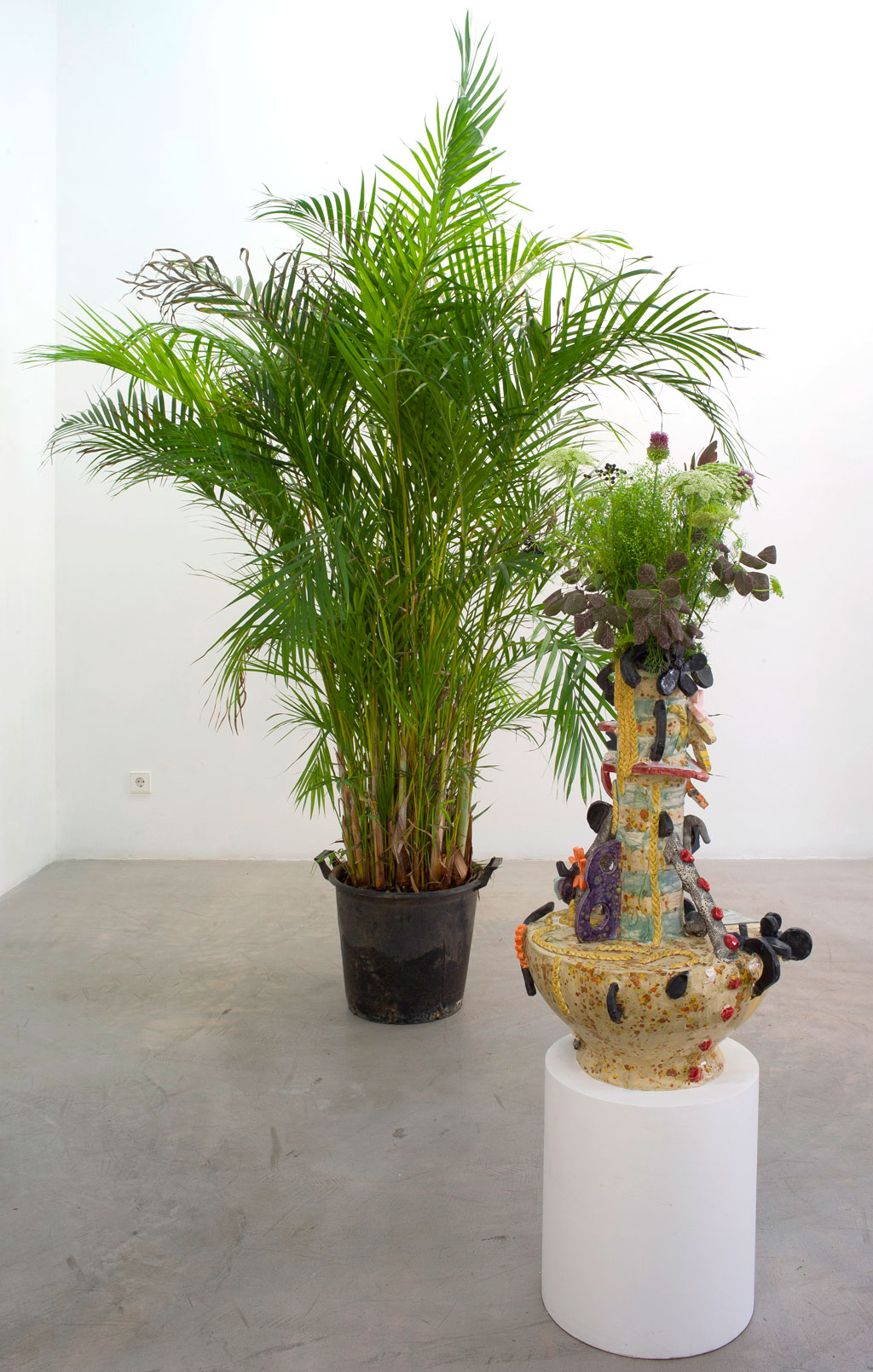 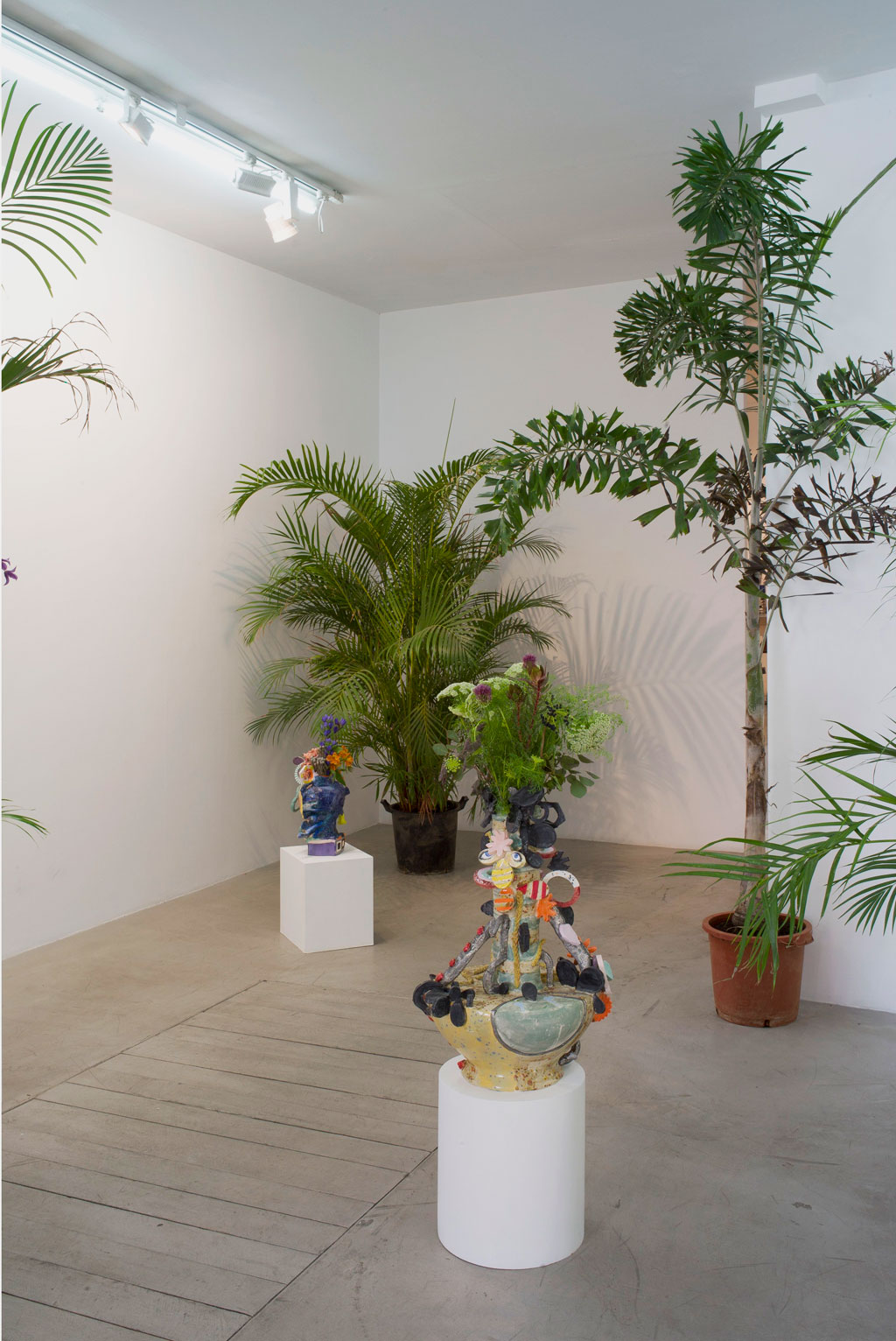 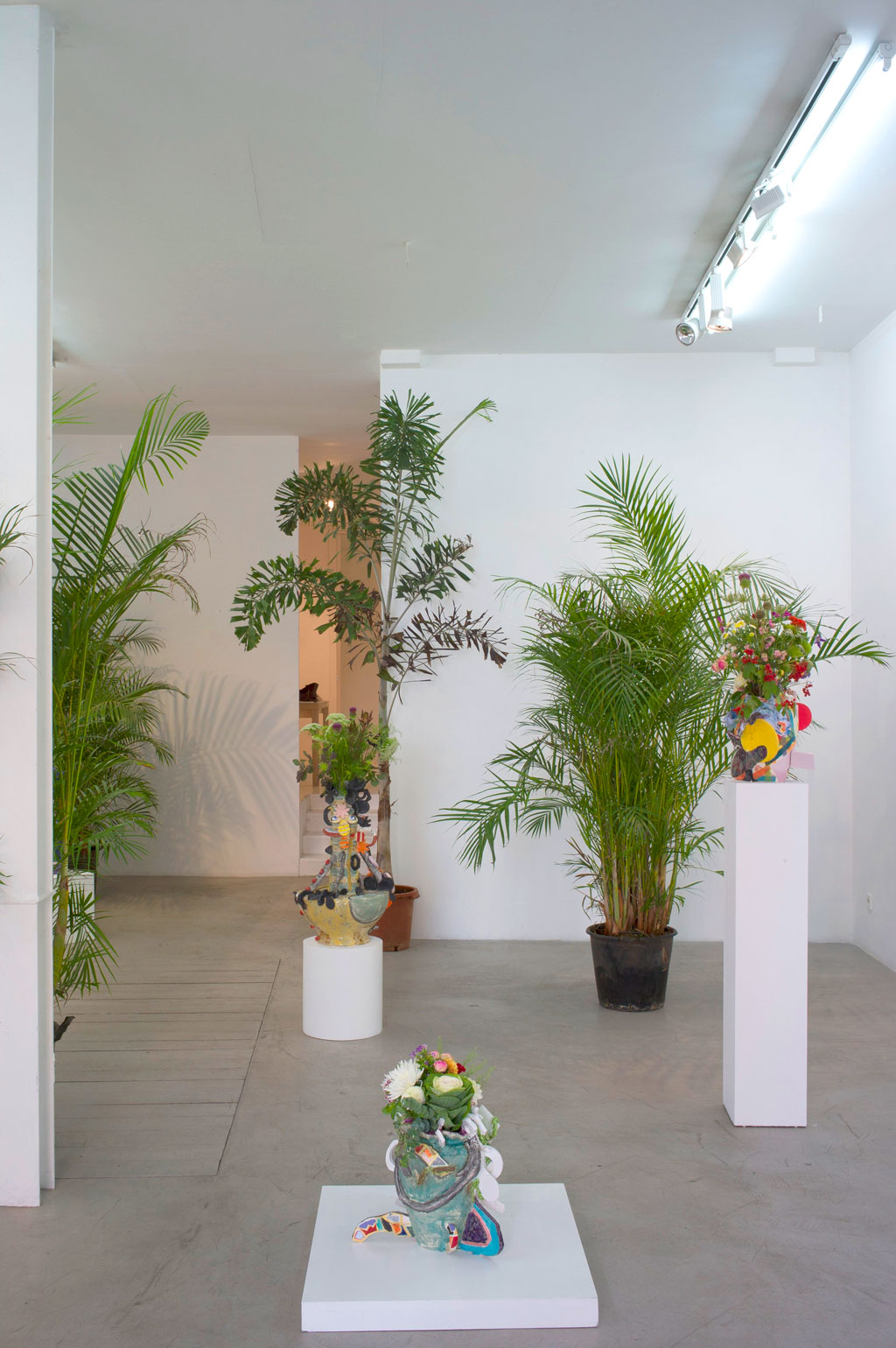 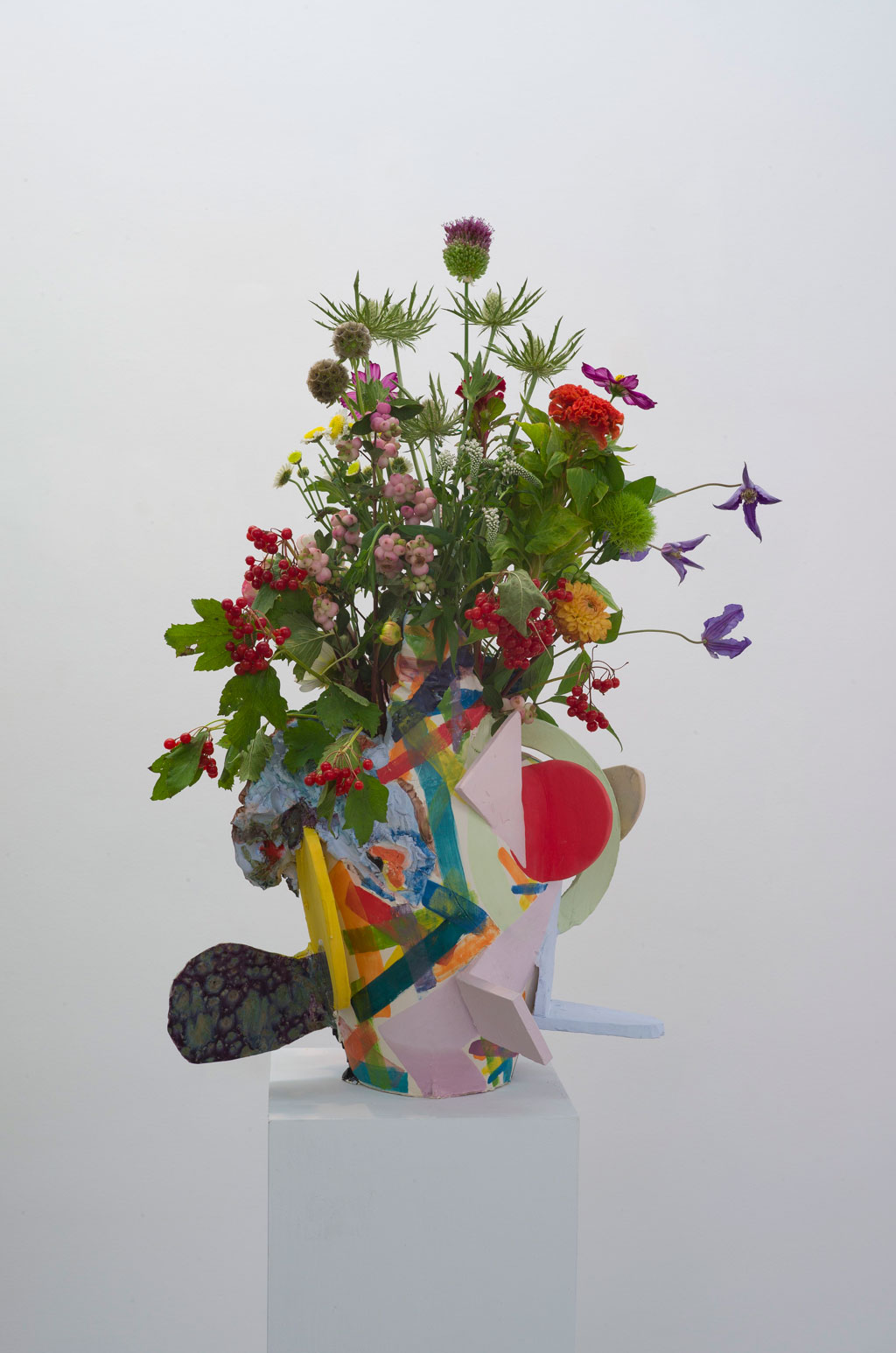 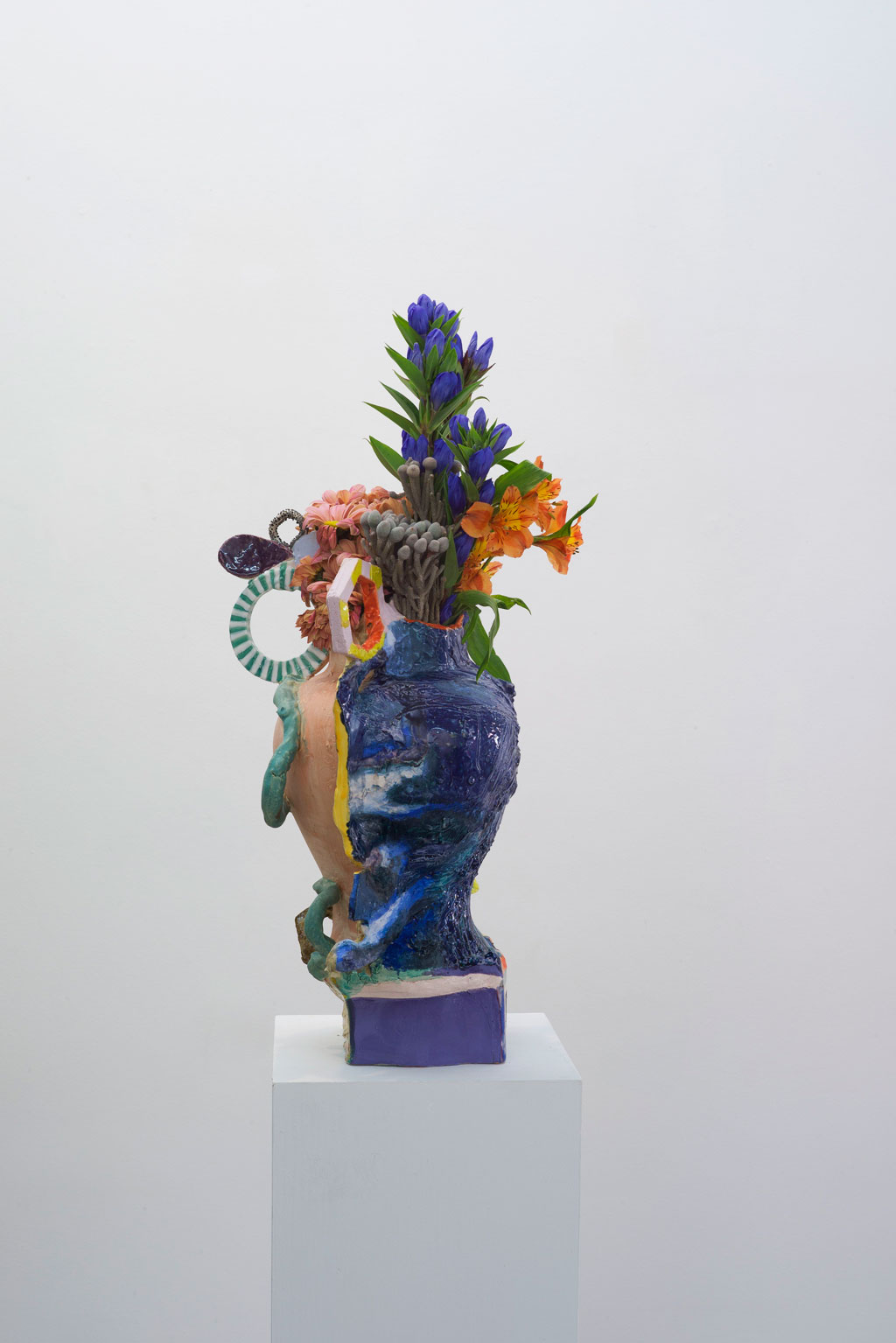 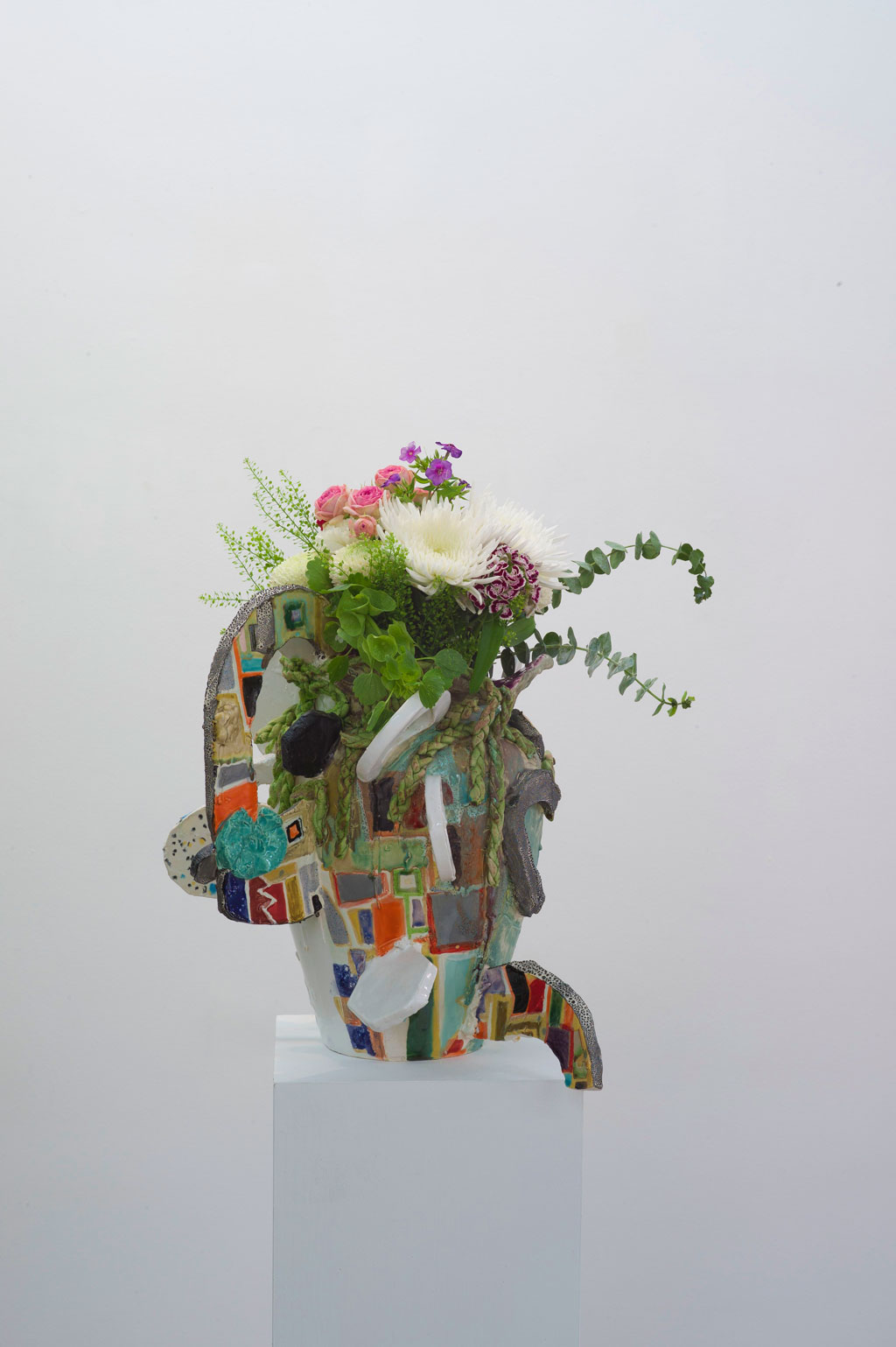 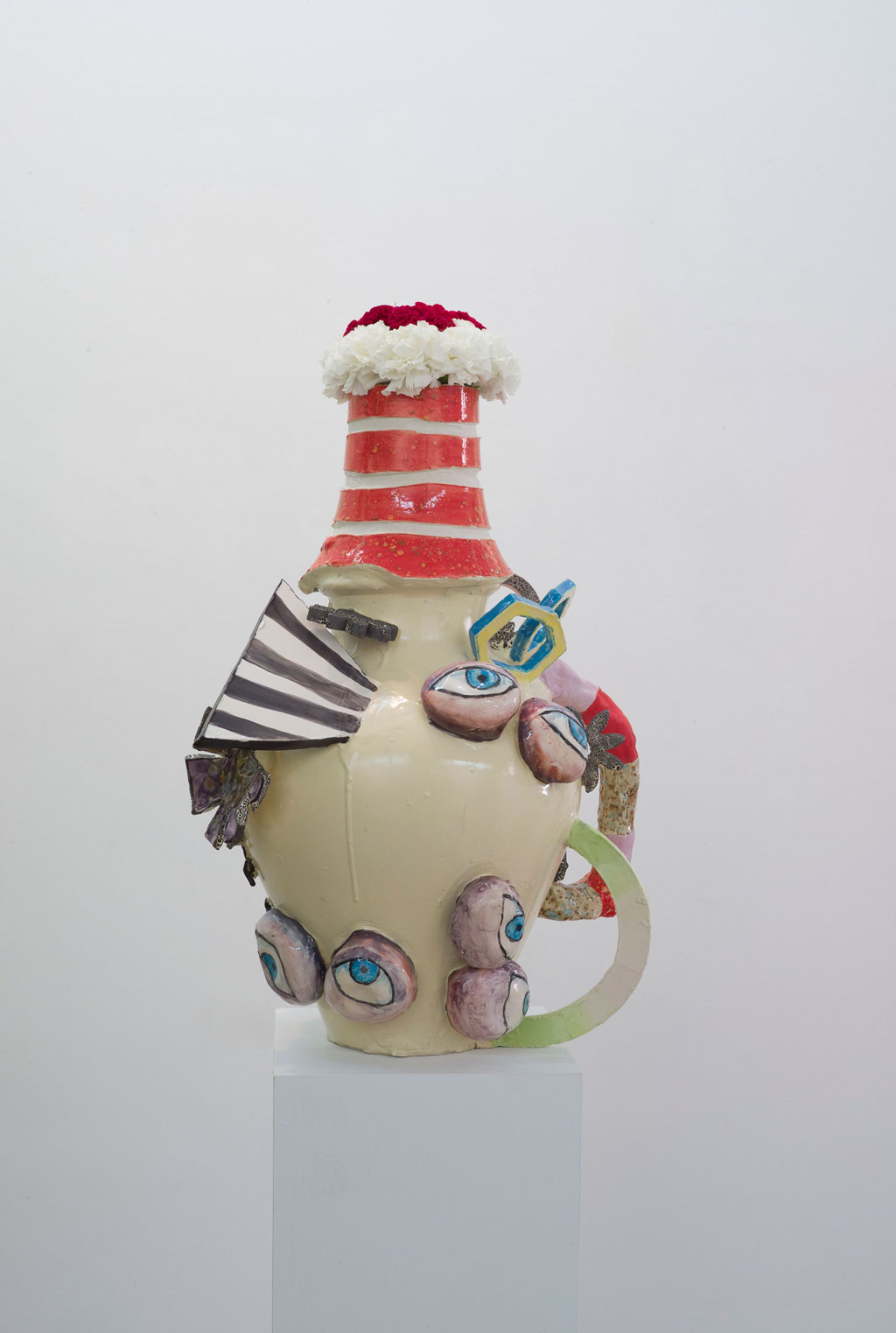 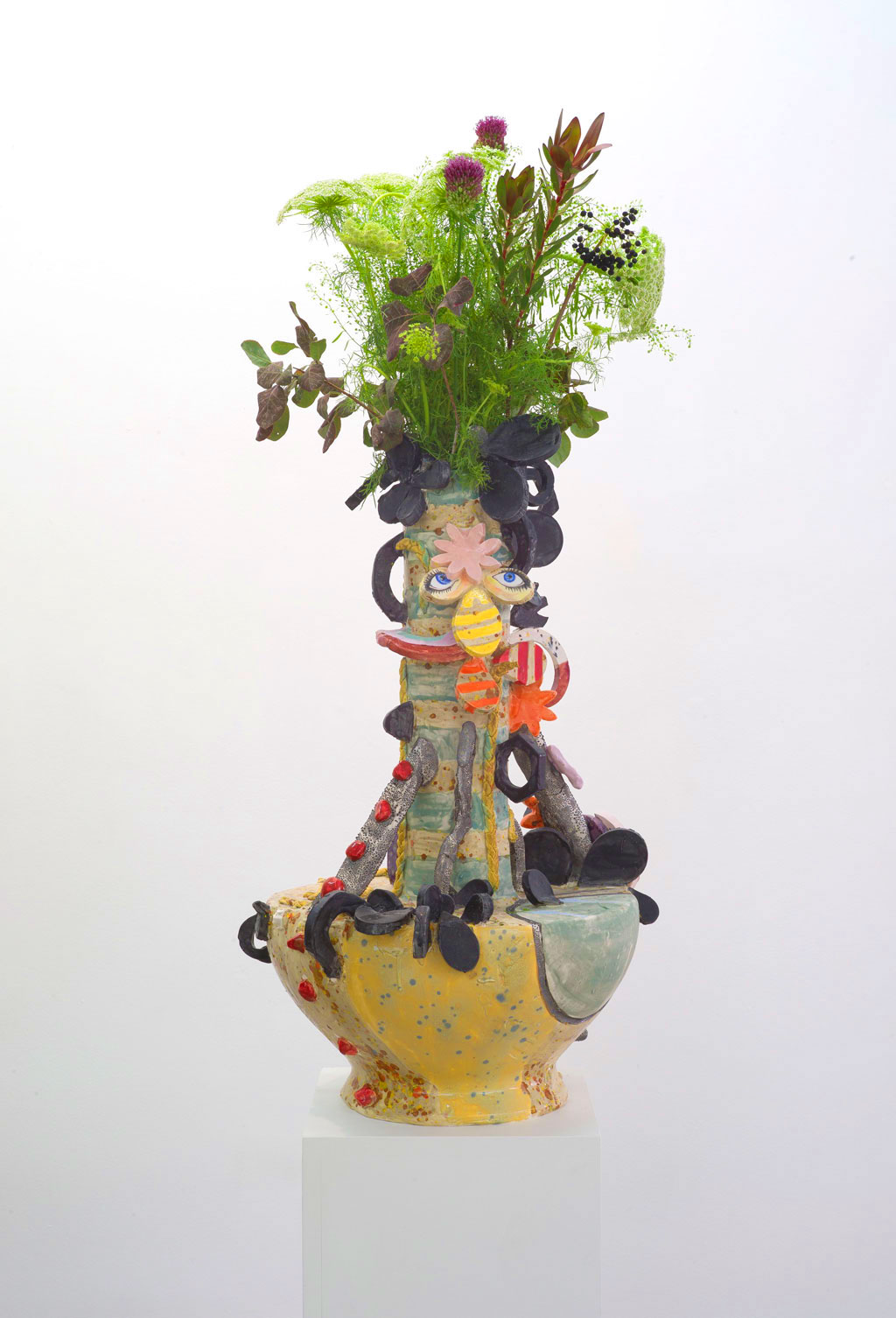 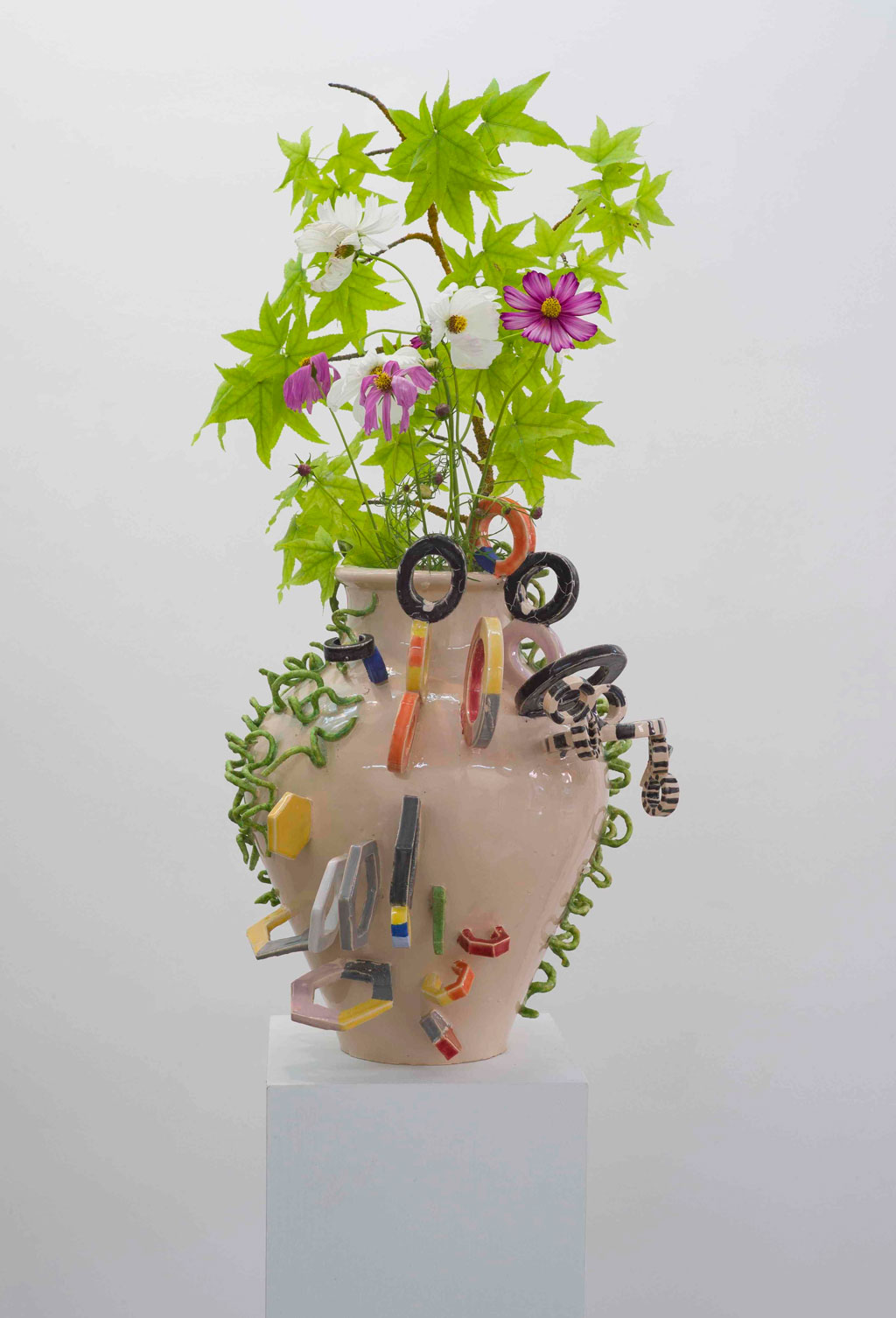 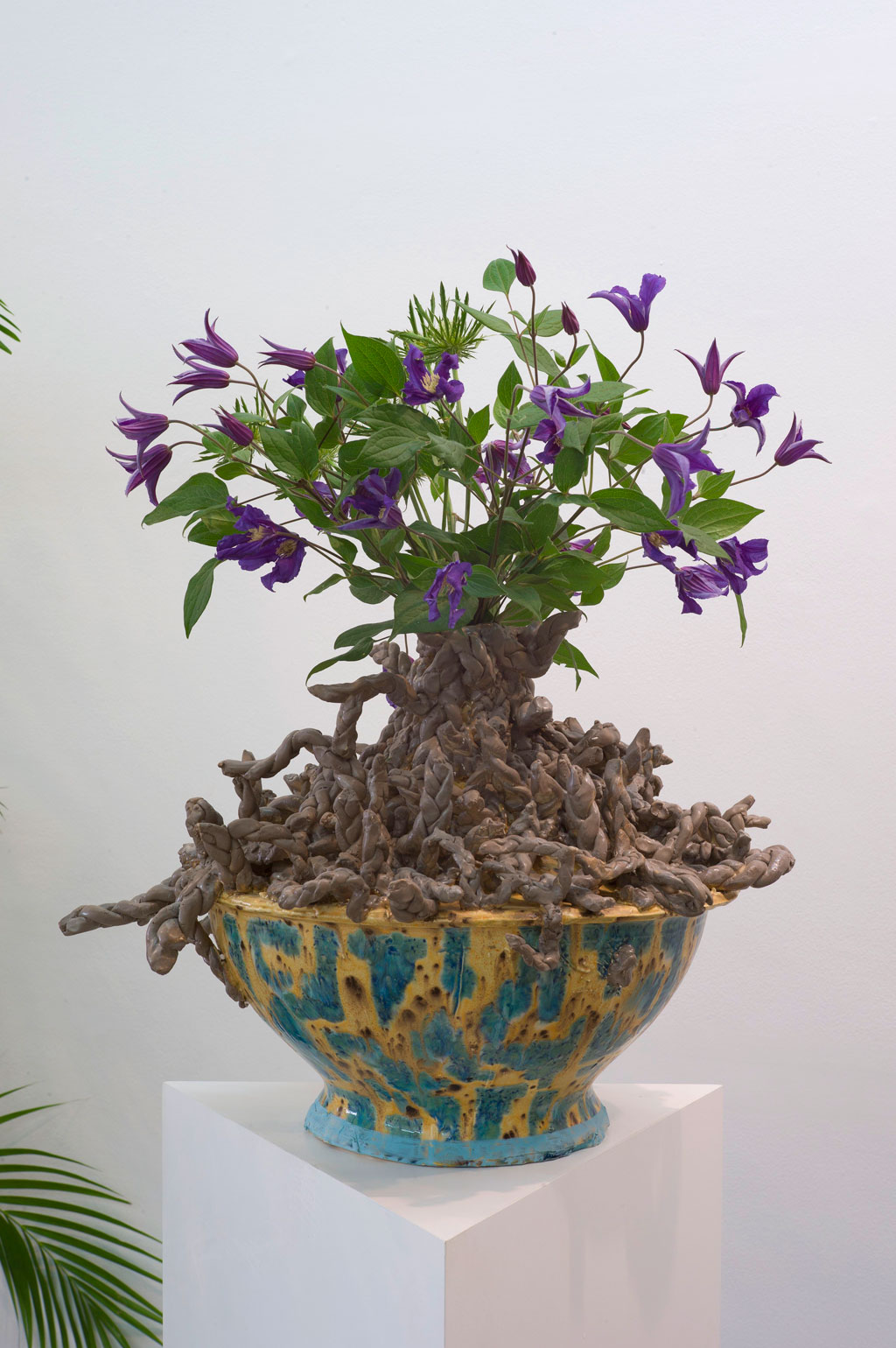 Milena Muzquiz, together with Martiniano López Crozet, was a core member of the music group Los Super Elegantes for 17 years. The duo clocked up many successful performances at festivals in Latin America, and expanded their creativity into the field of the arts with performances at cultural institutions like the Whitney Museum in New York, Museo Tamayo in Mexico City and events like the Frieze art fair in London.

Her sculptures are predicated on the poetics of living things, without references to artists or art movements. Starting out from conventional crafts and ceramics Muzquiz produces defiantly contemporary objects. Her interest is rooted in the idea of how everyday objects like vases and pottery can be represented as theatrical narratives with a symbolic intent.

Connecting with this relationship between nature and art, the gallery transmutes into a flower shop where people can buy the flowers, thus lending the exhibition space a whole new context. This work is part of a project Muzquiz created for Galería Travesía Cuatro in Guadalajara (Mexico) and which then travelled to Galerie Empire in Paris.