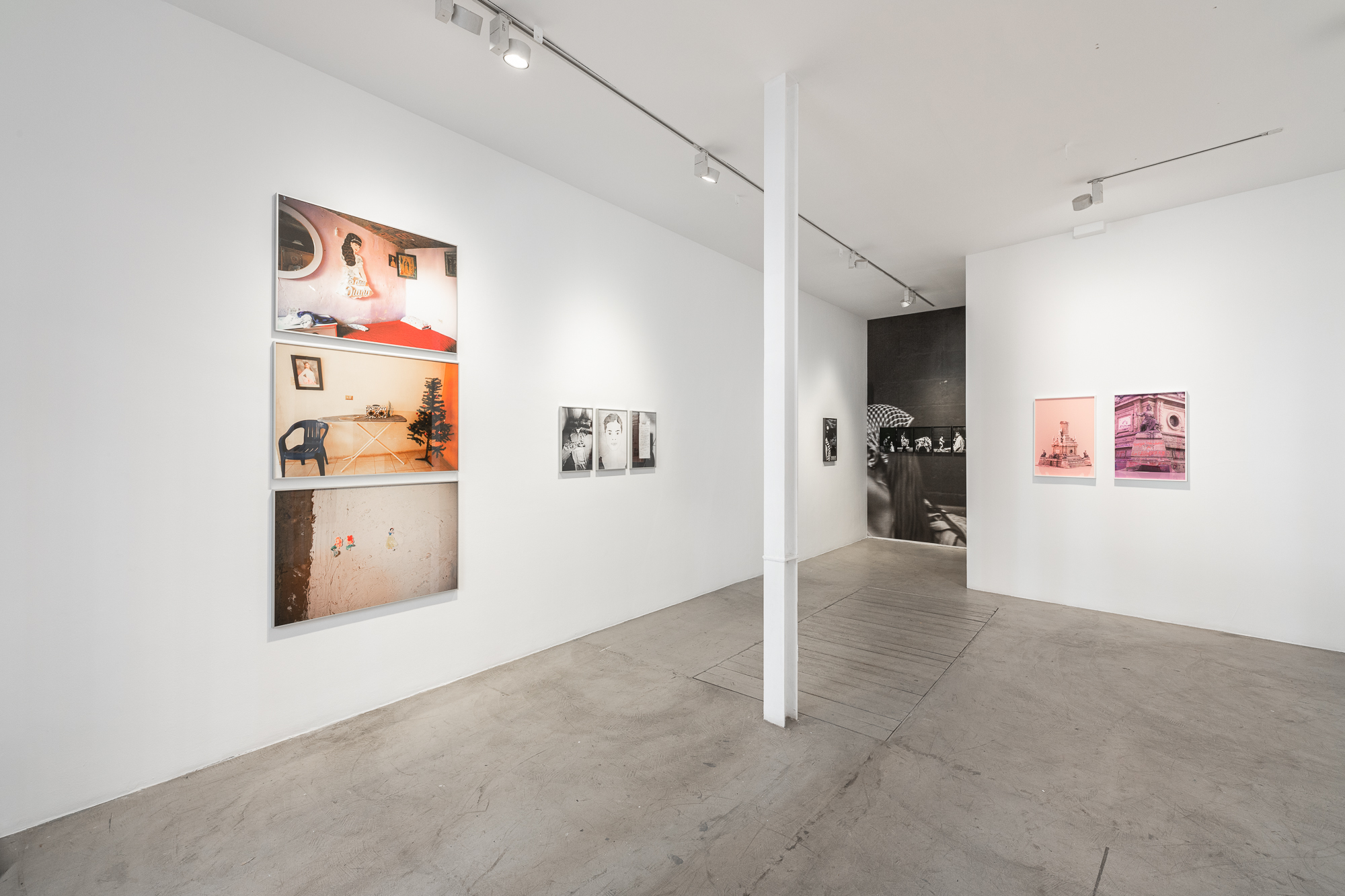 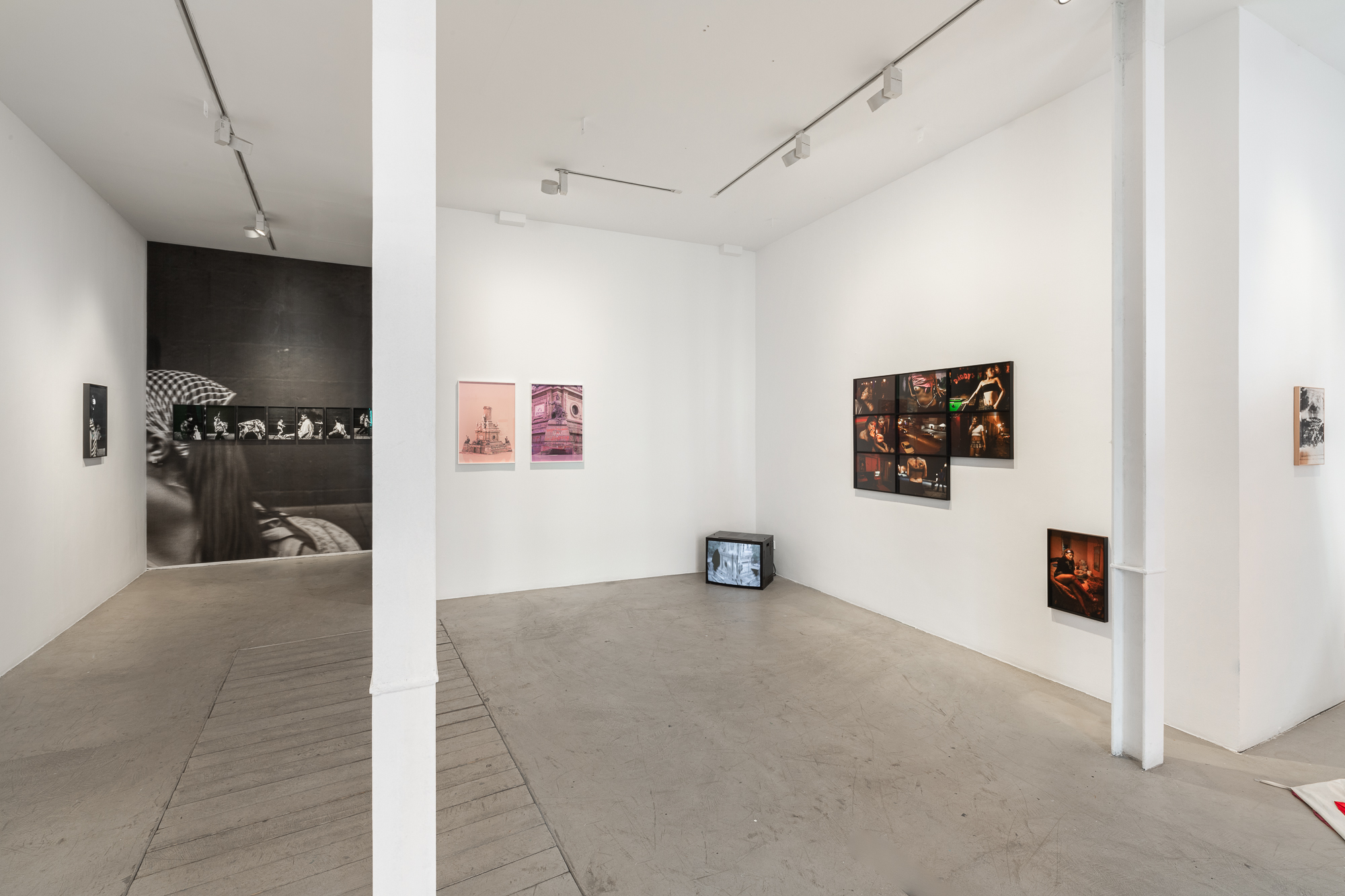 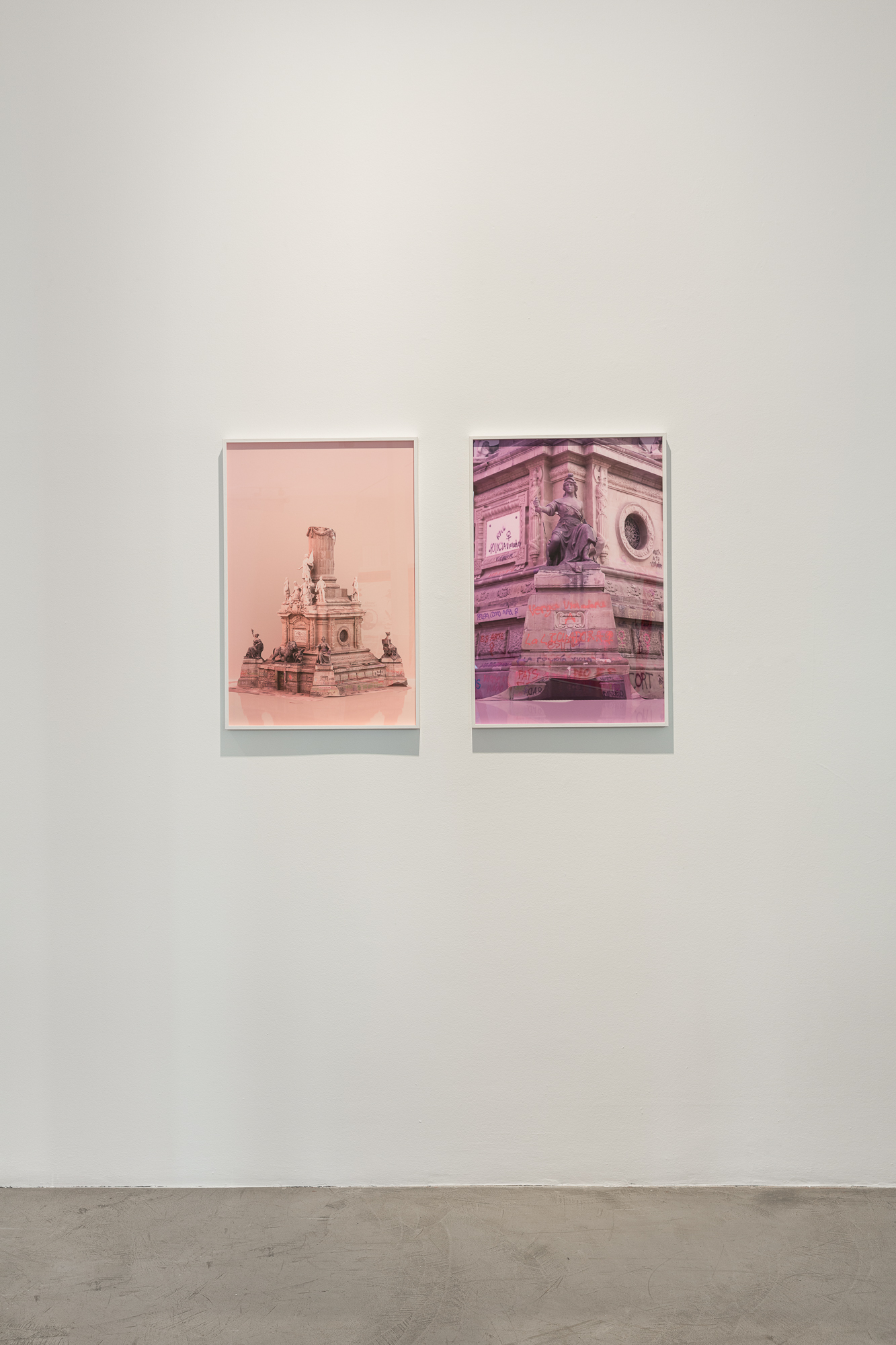 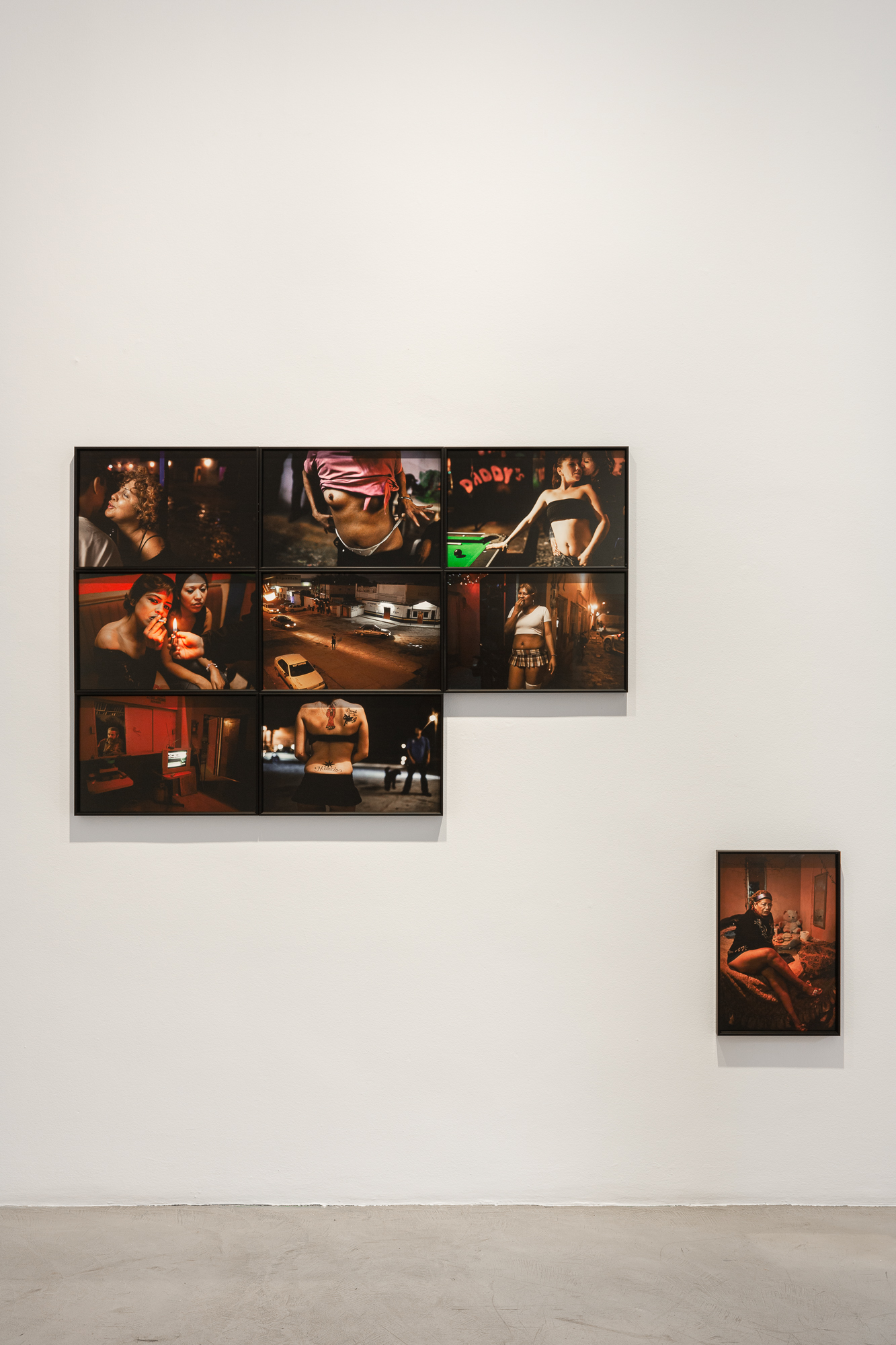 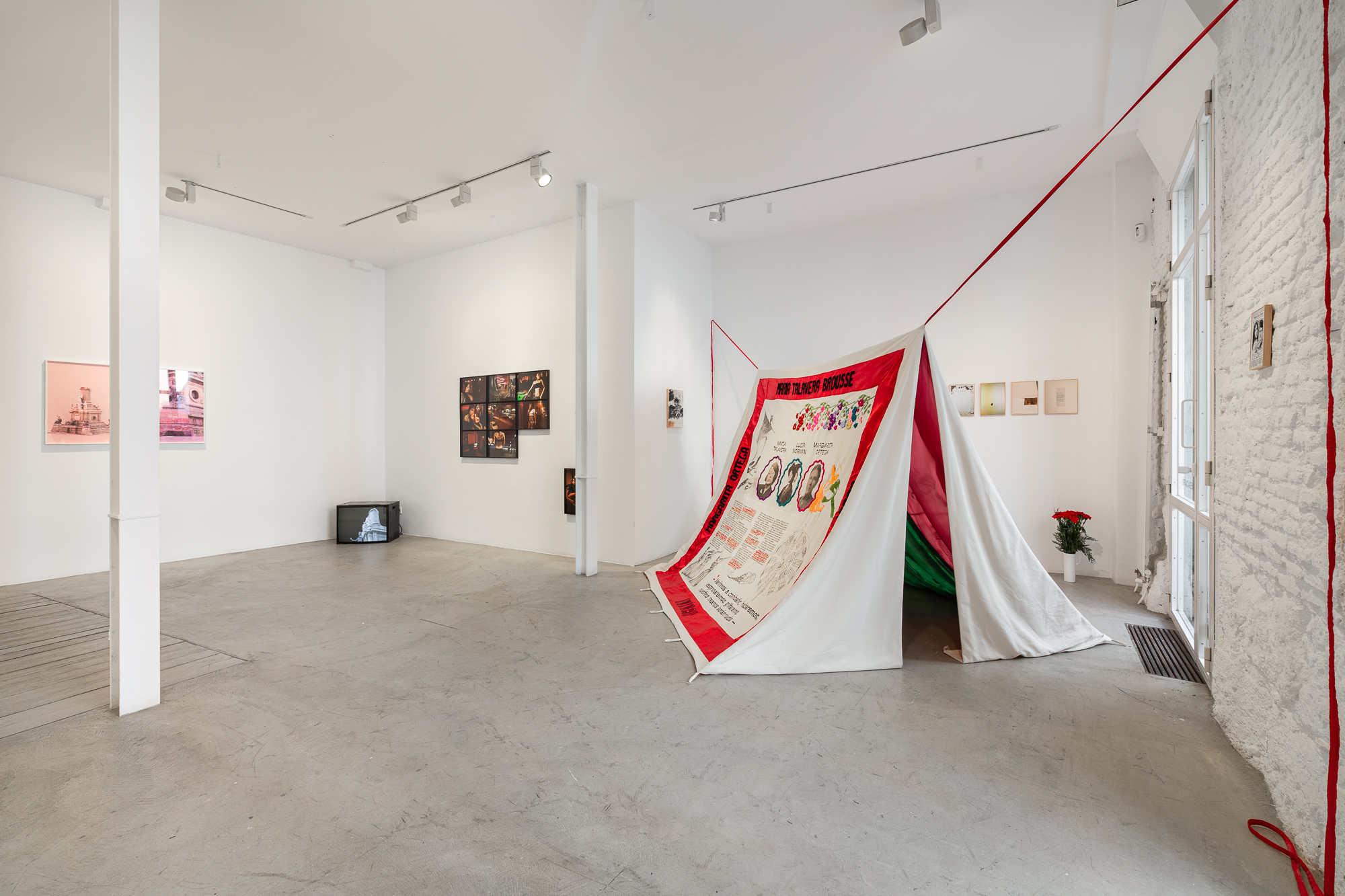 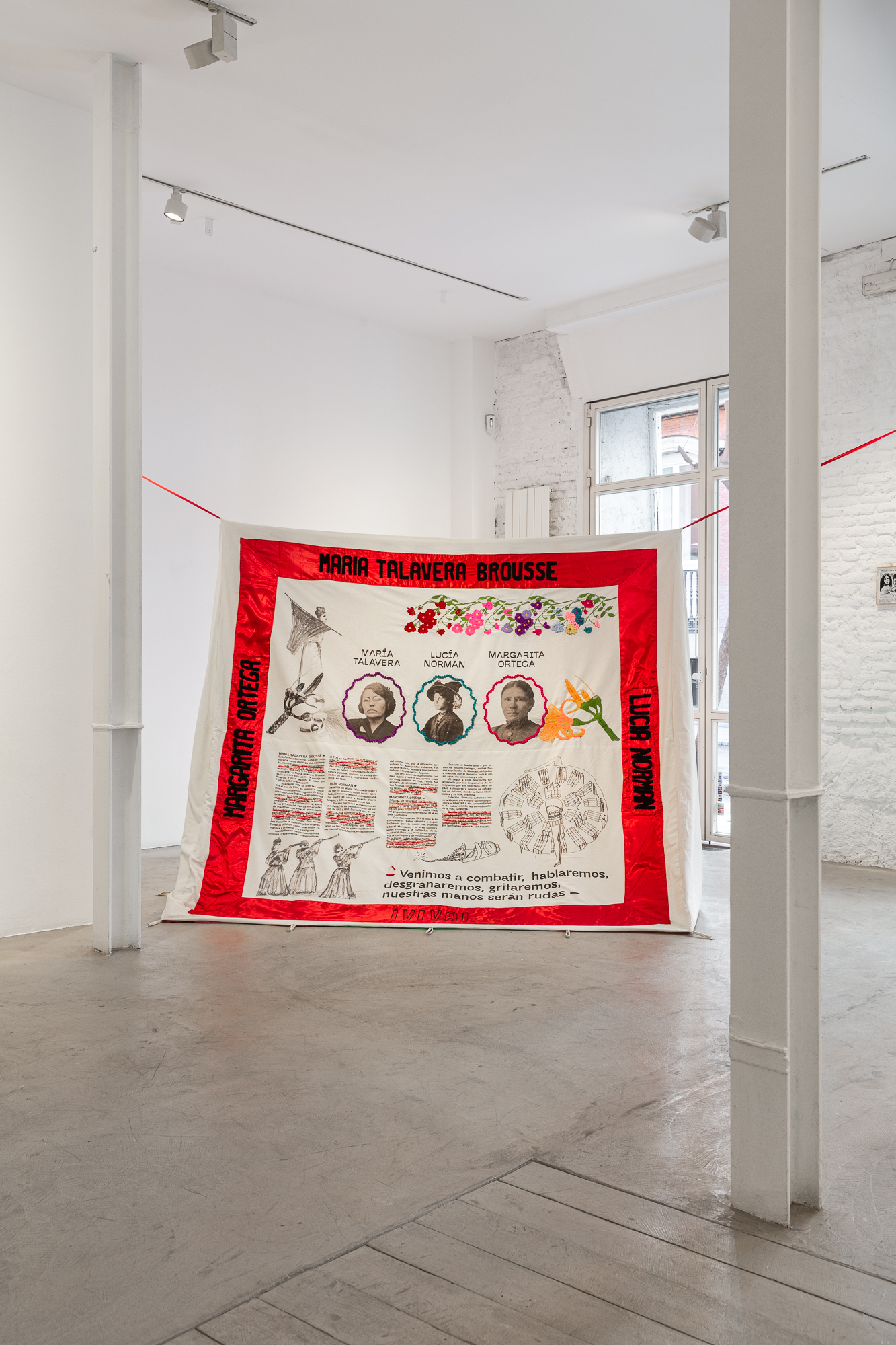 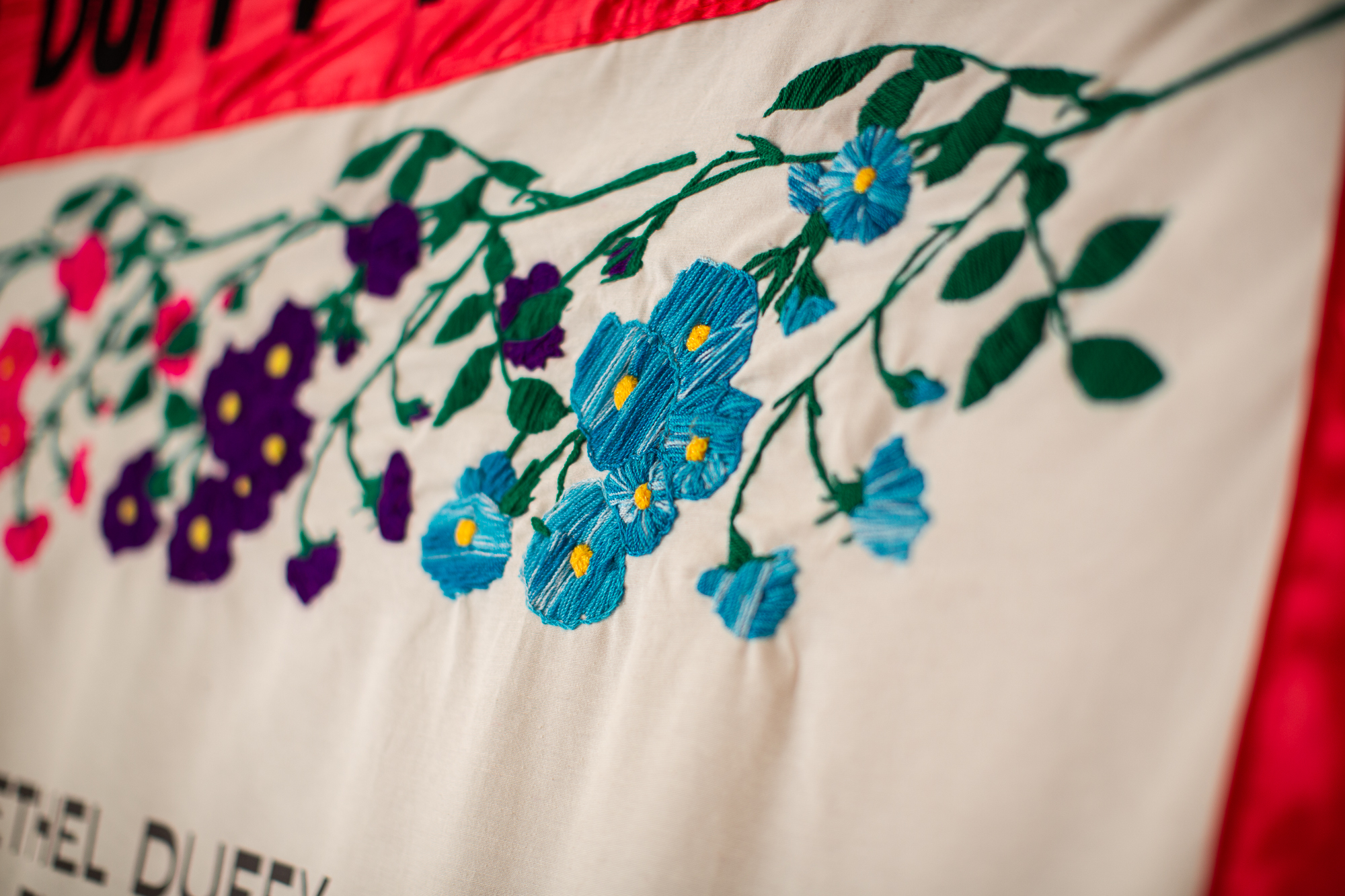 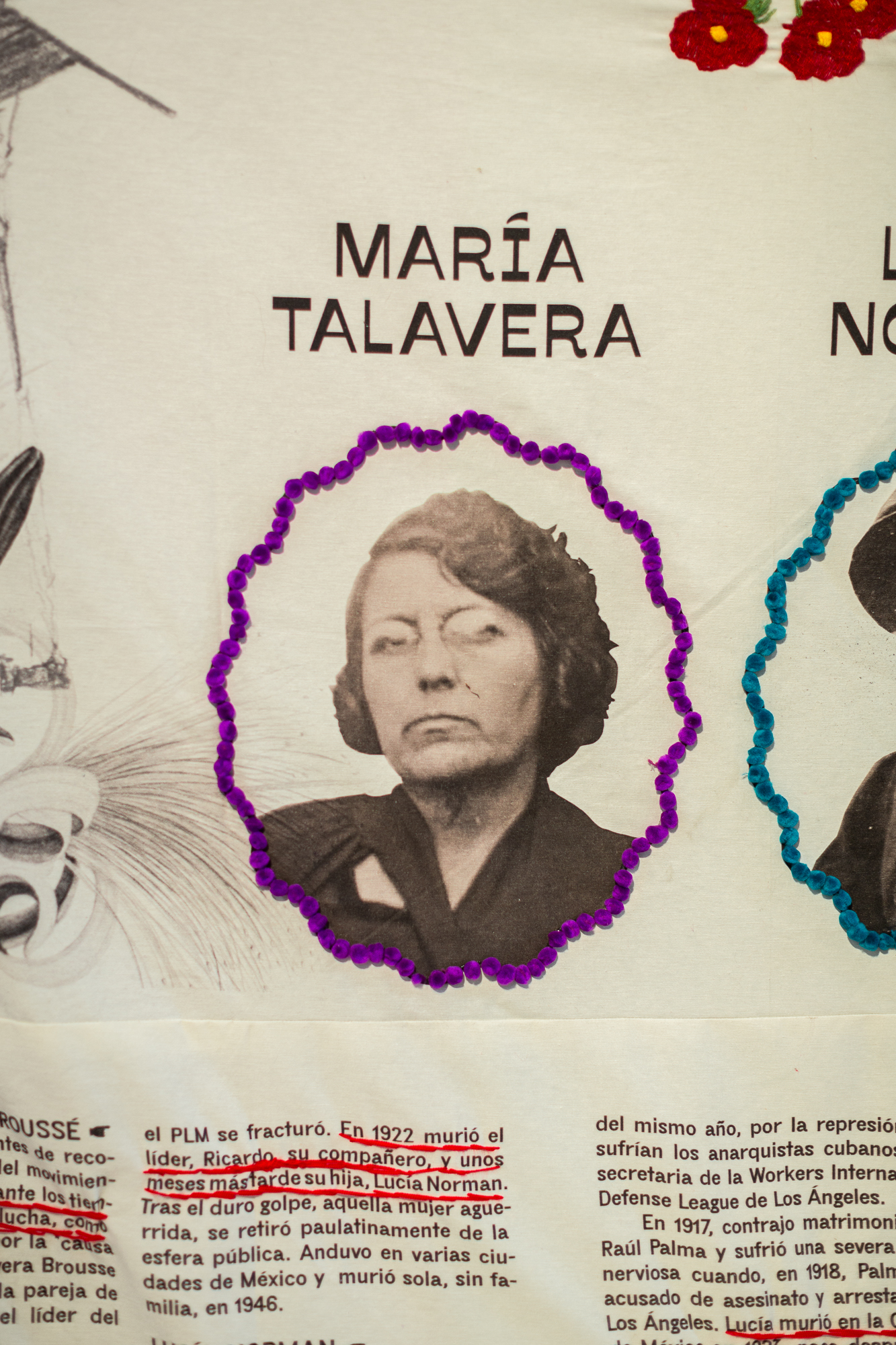 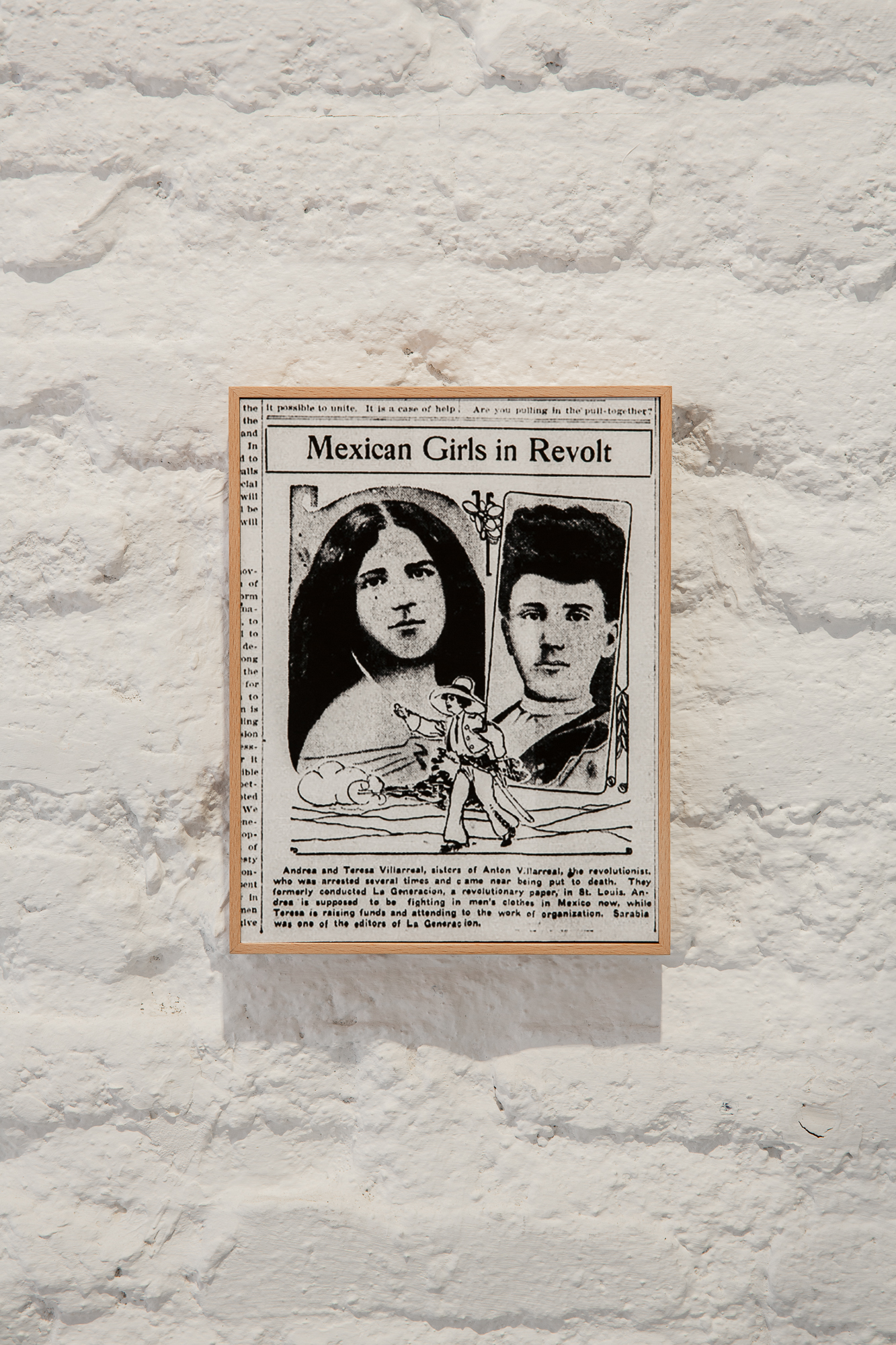 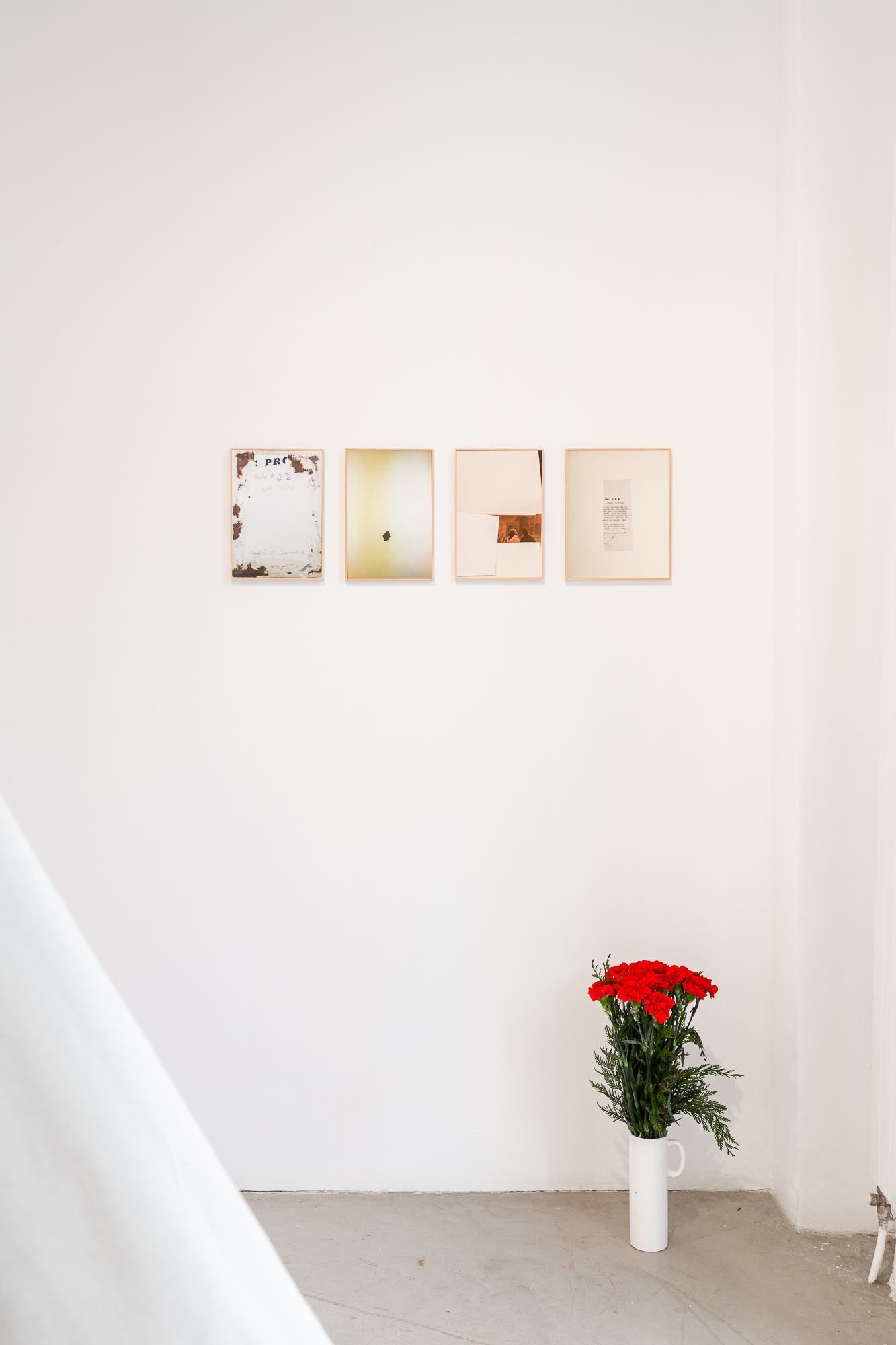 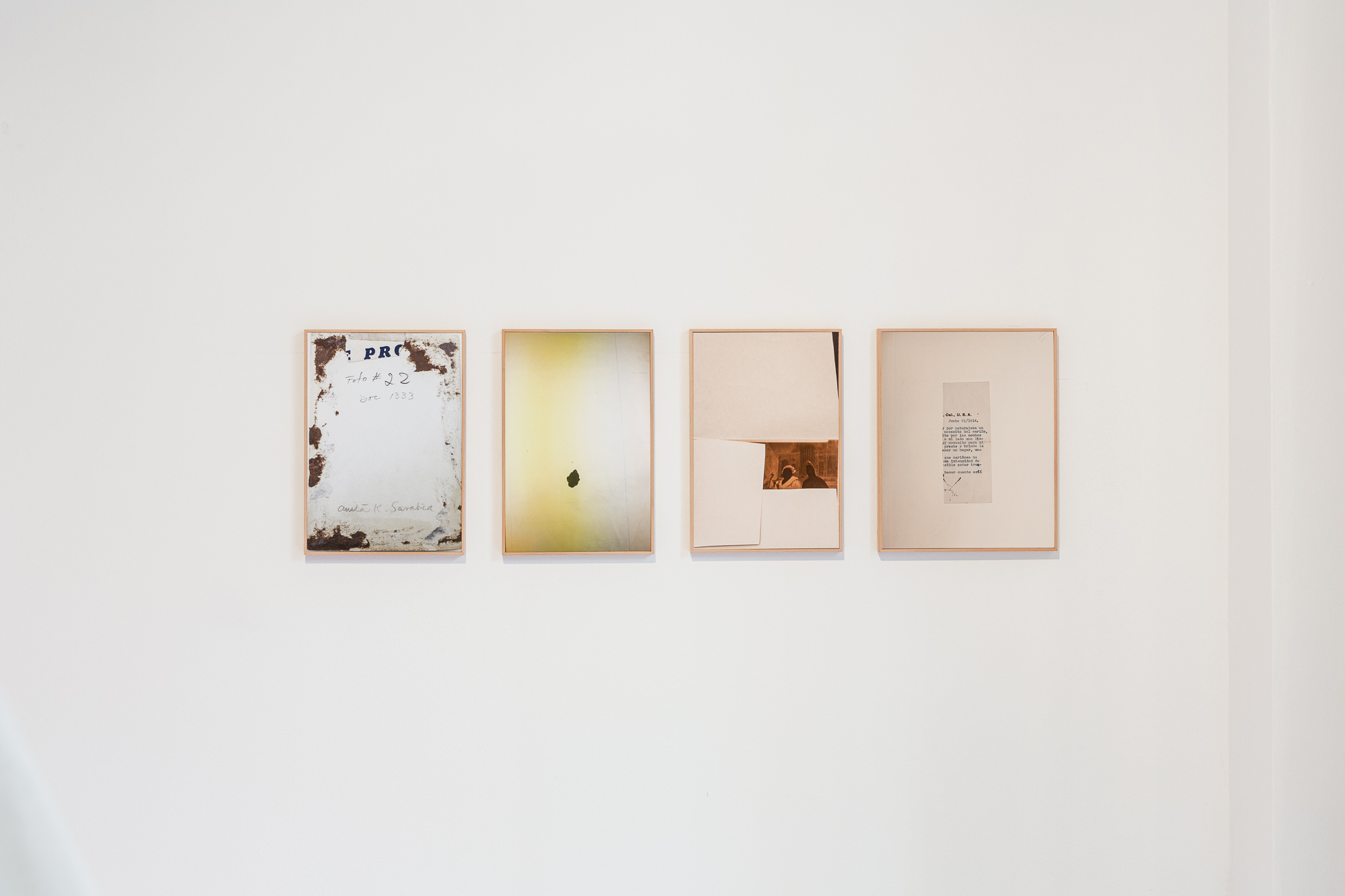 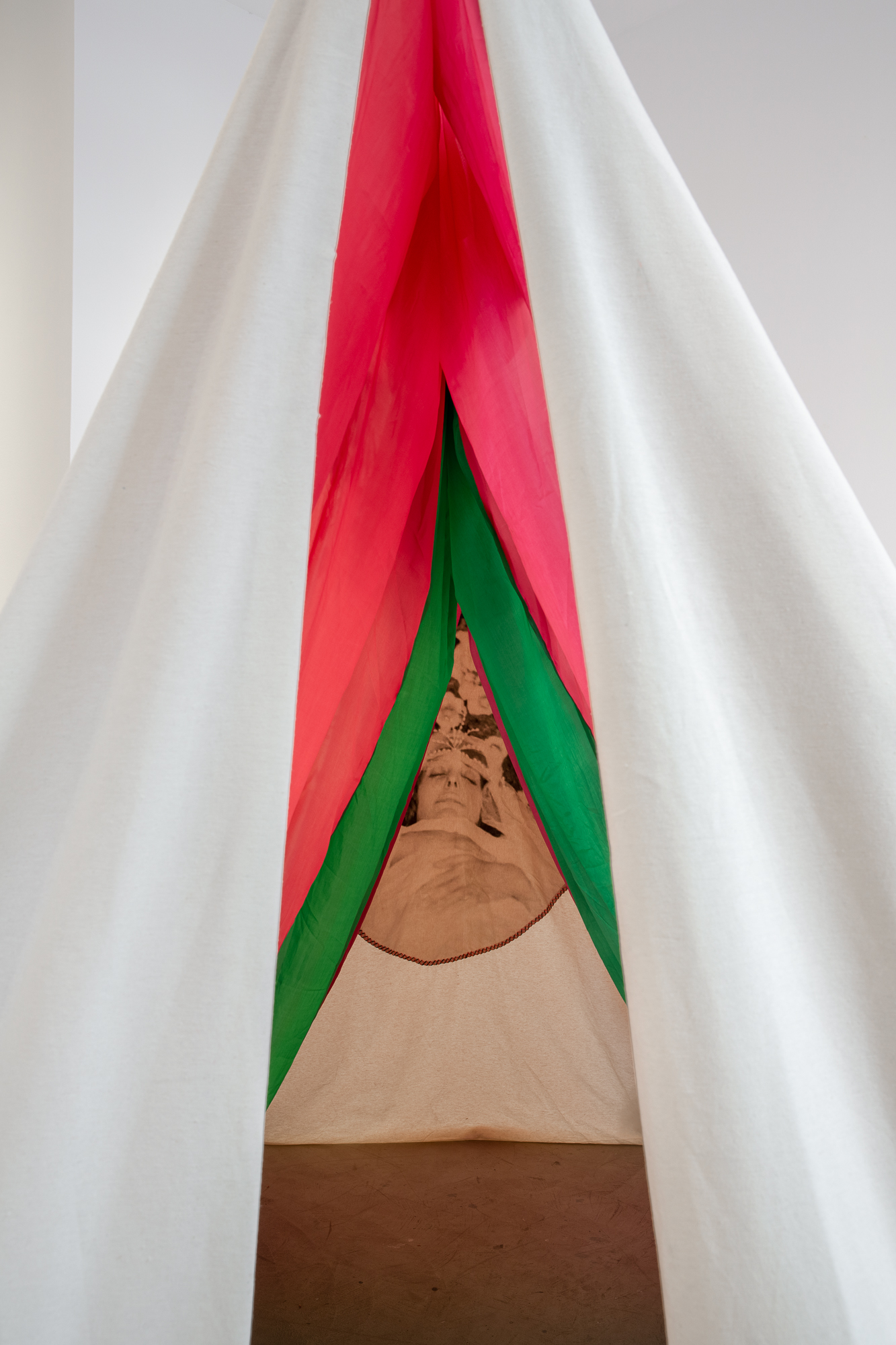 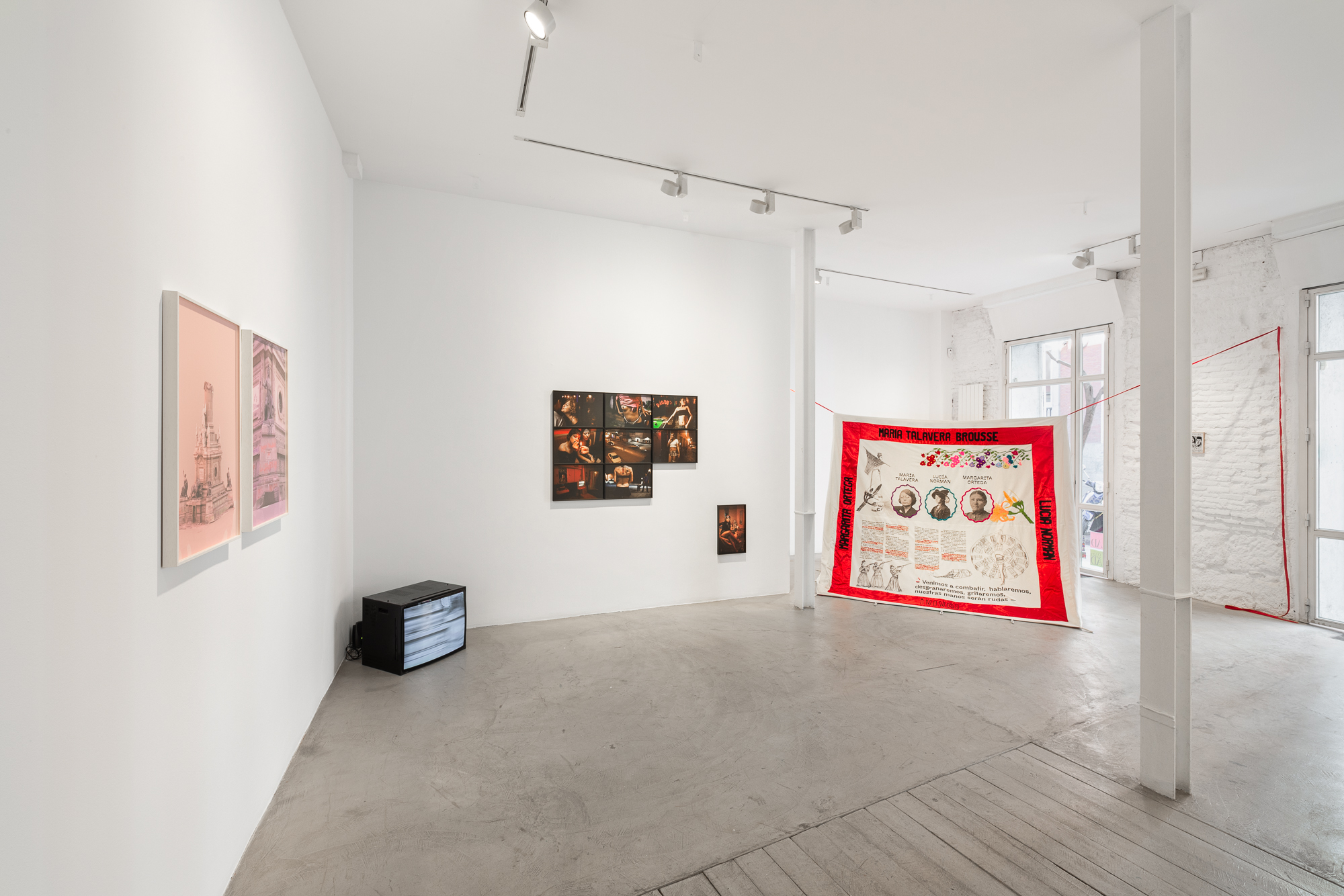 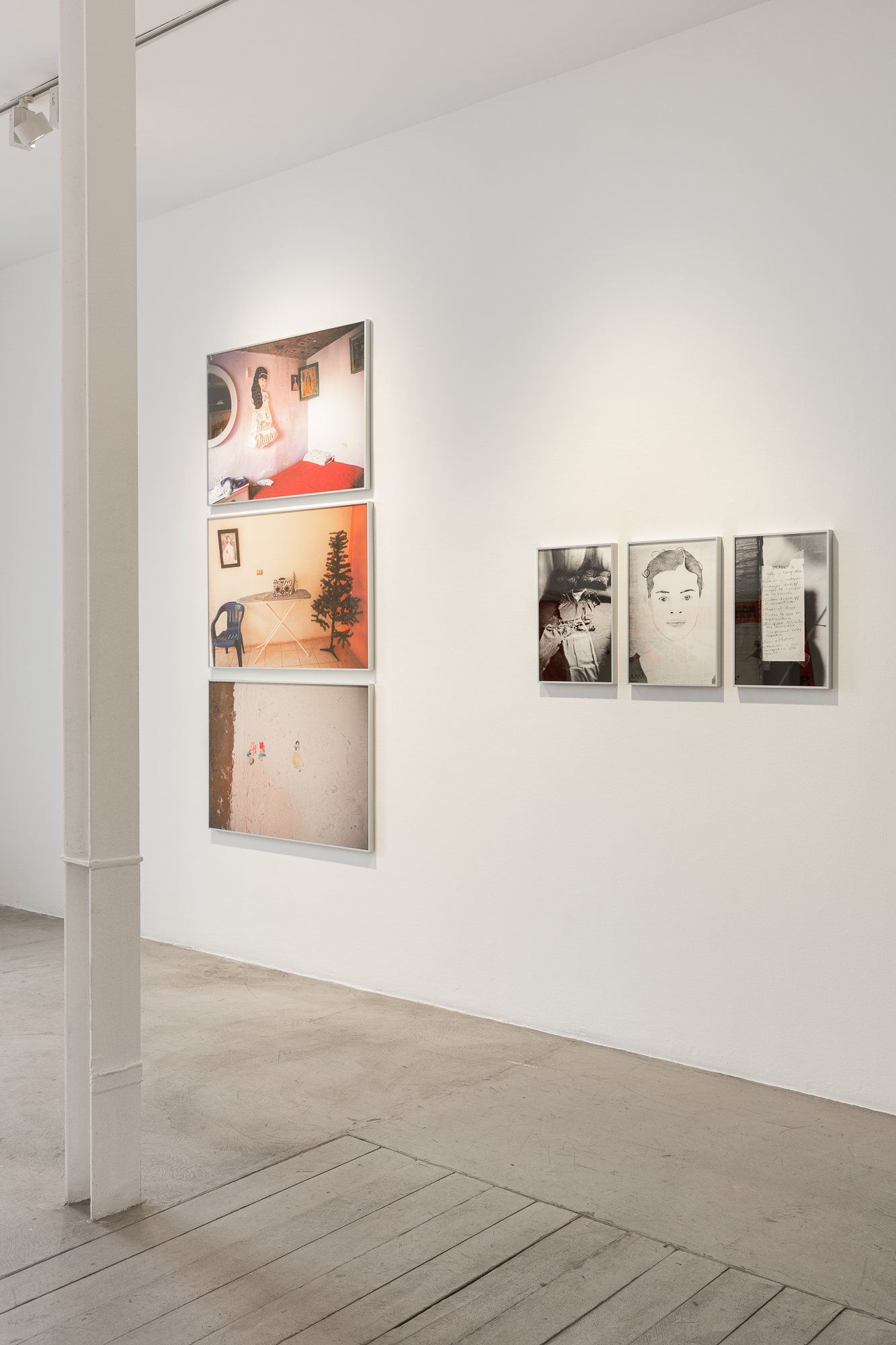 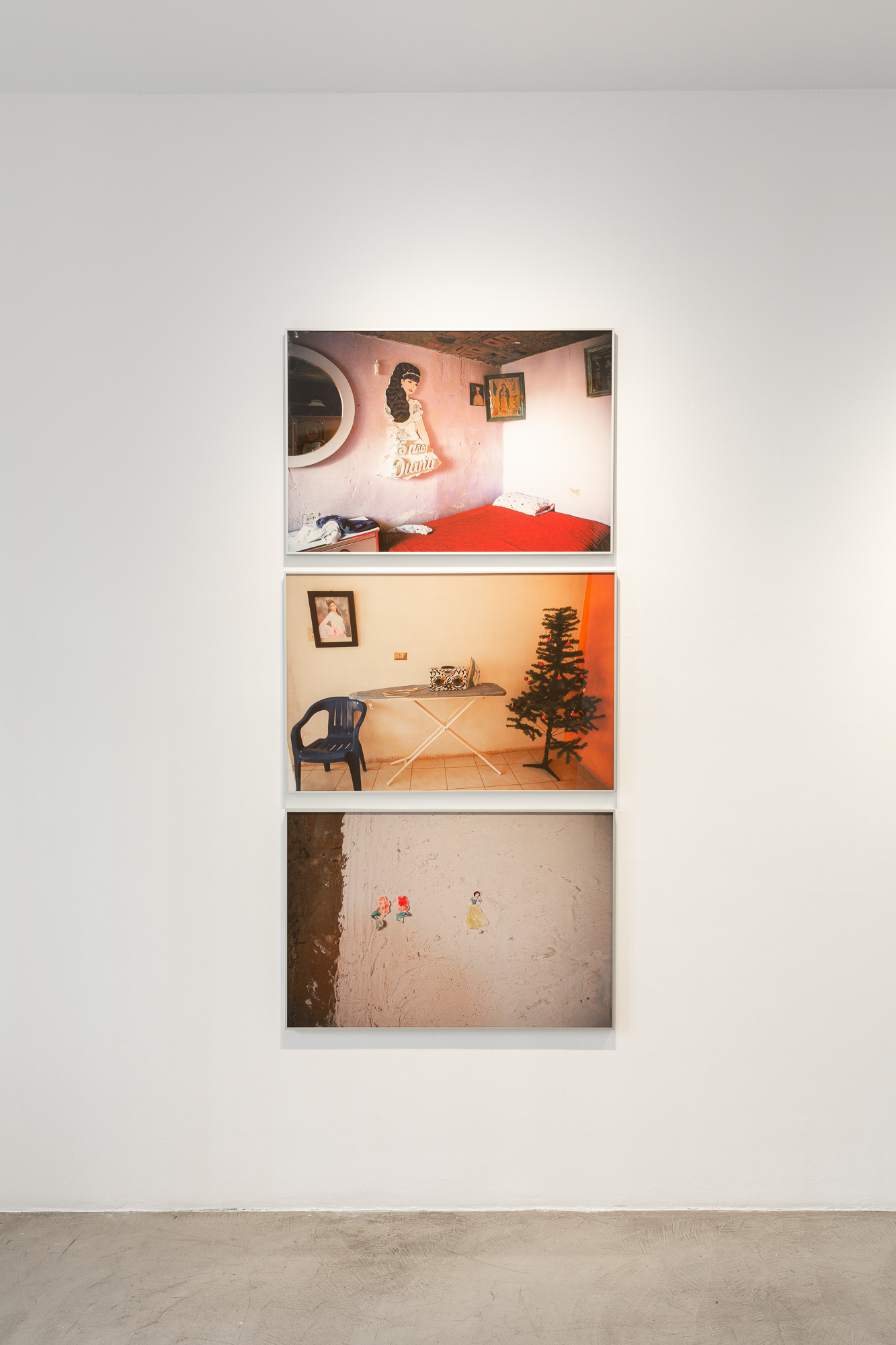 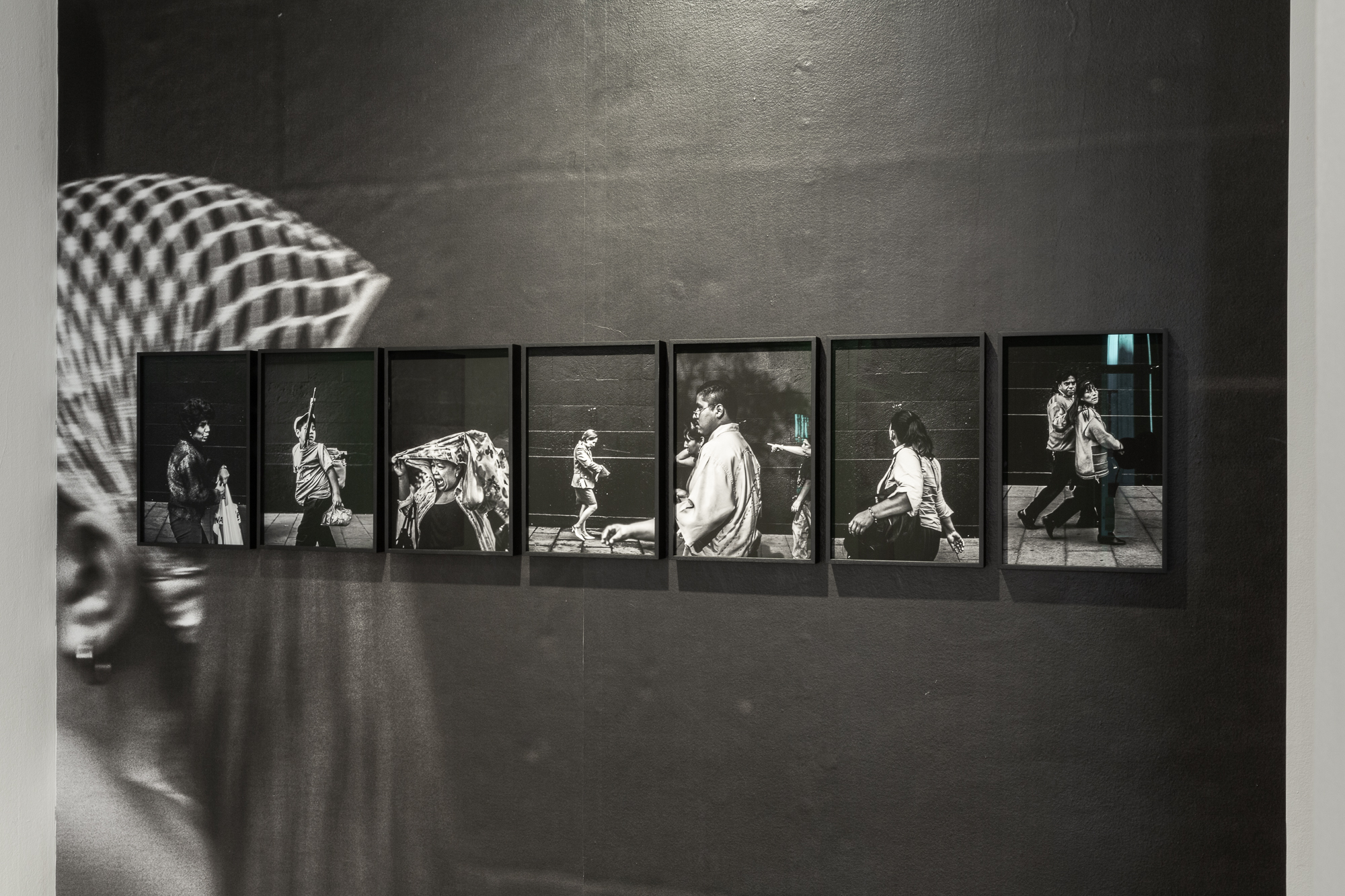 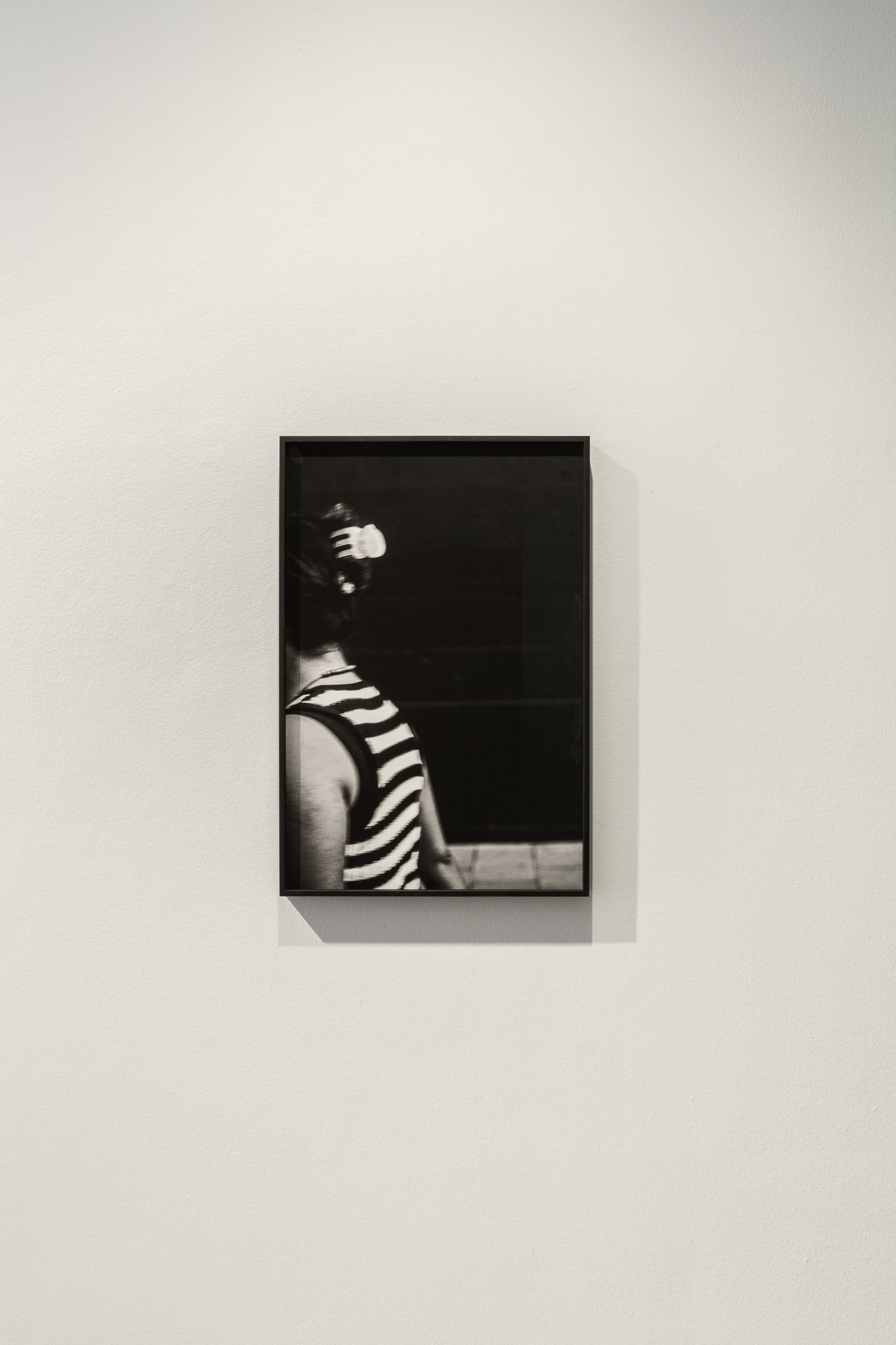 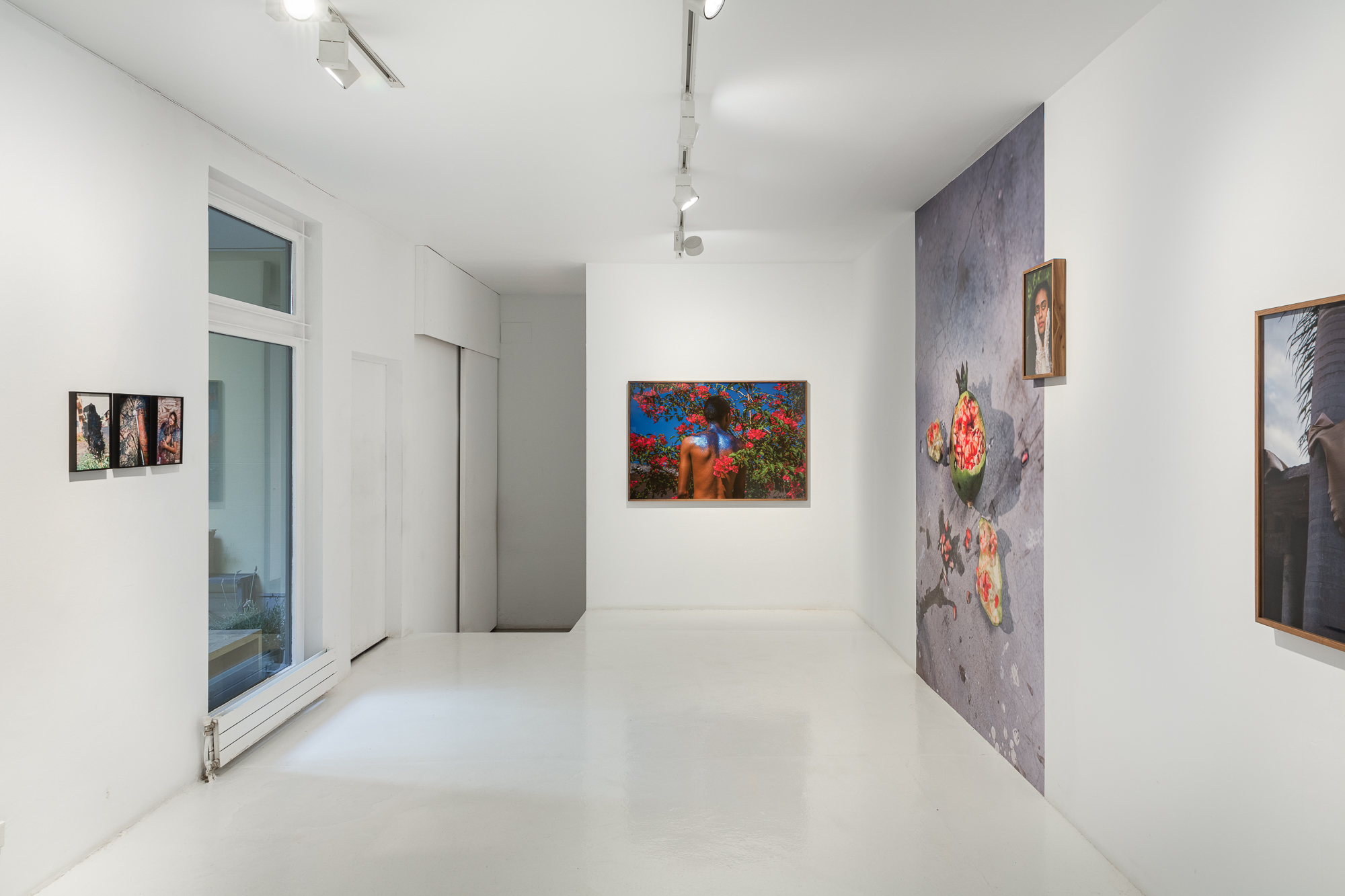 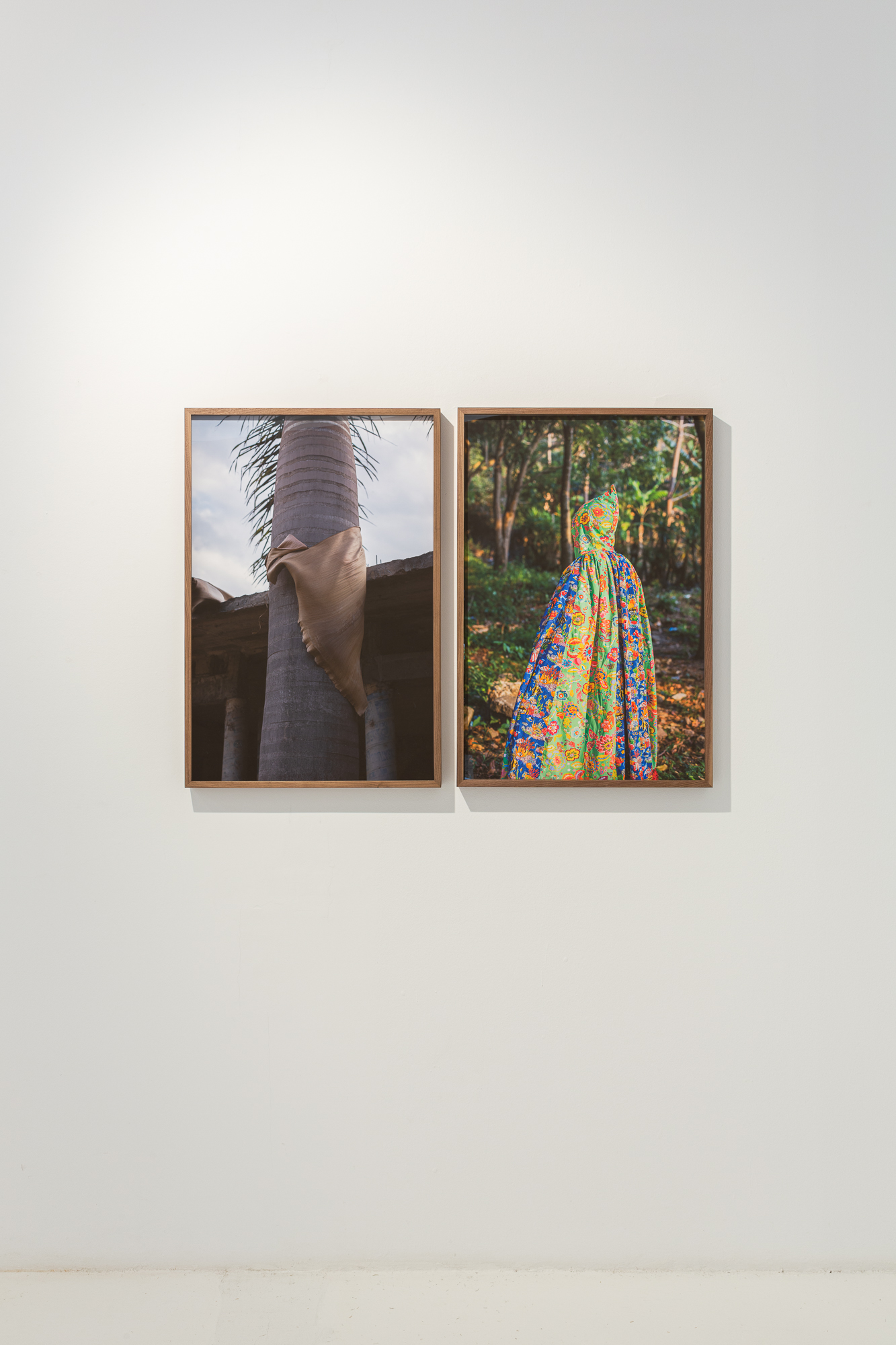 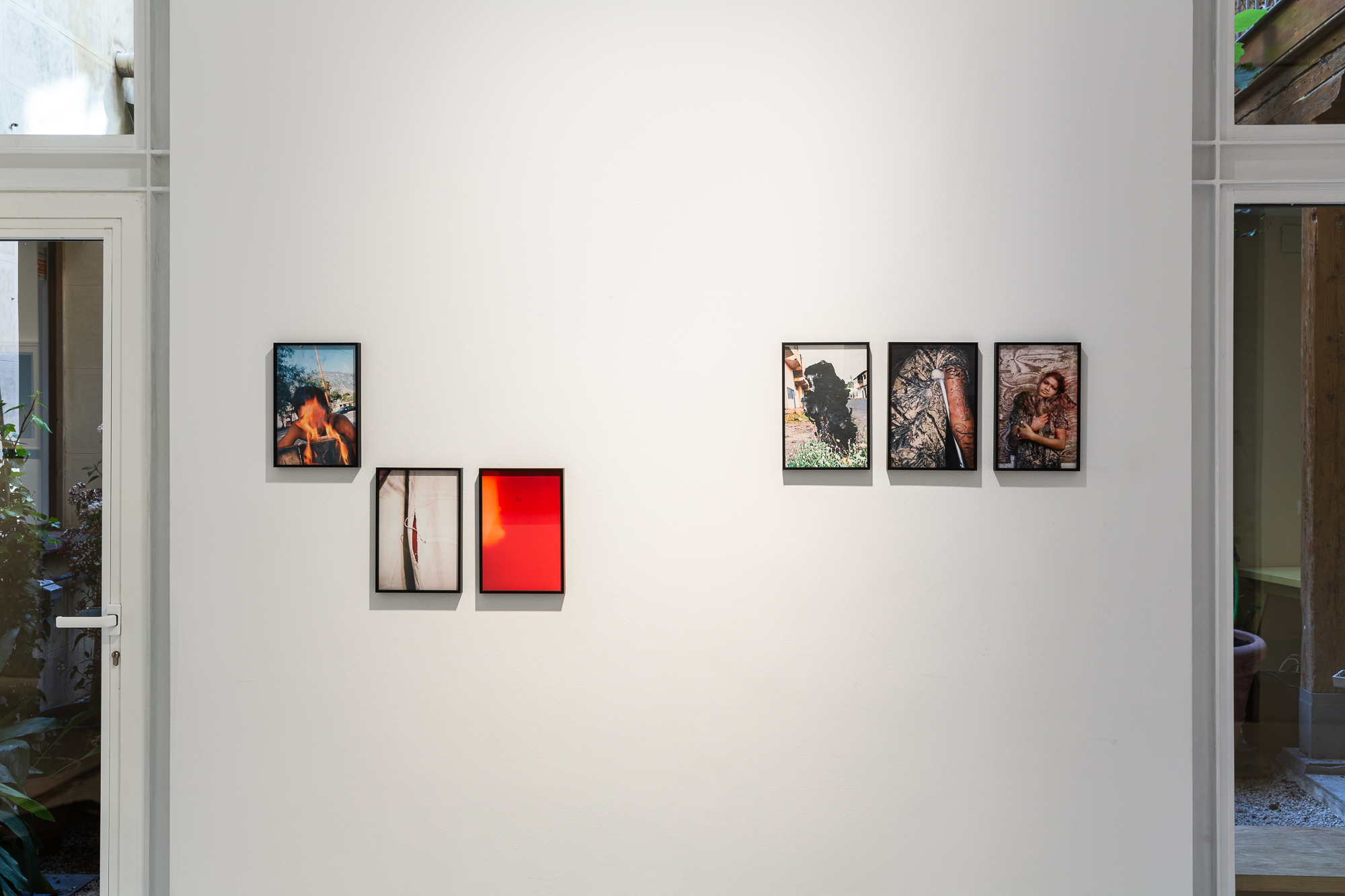 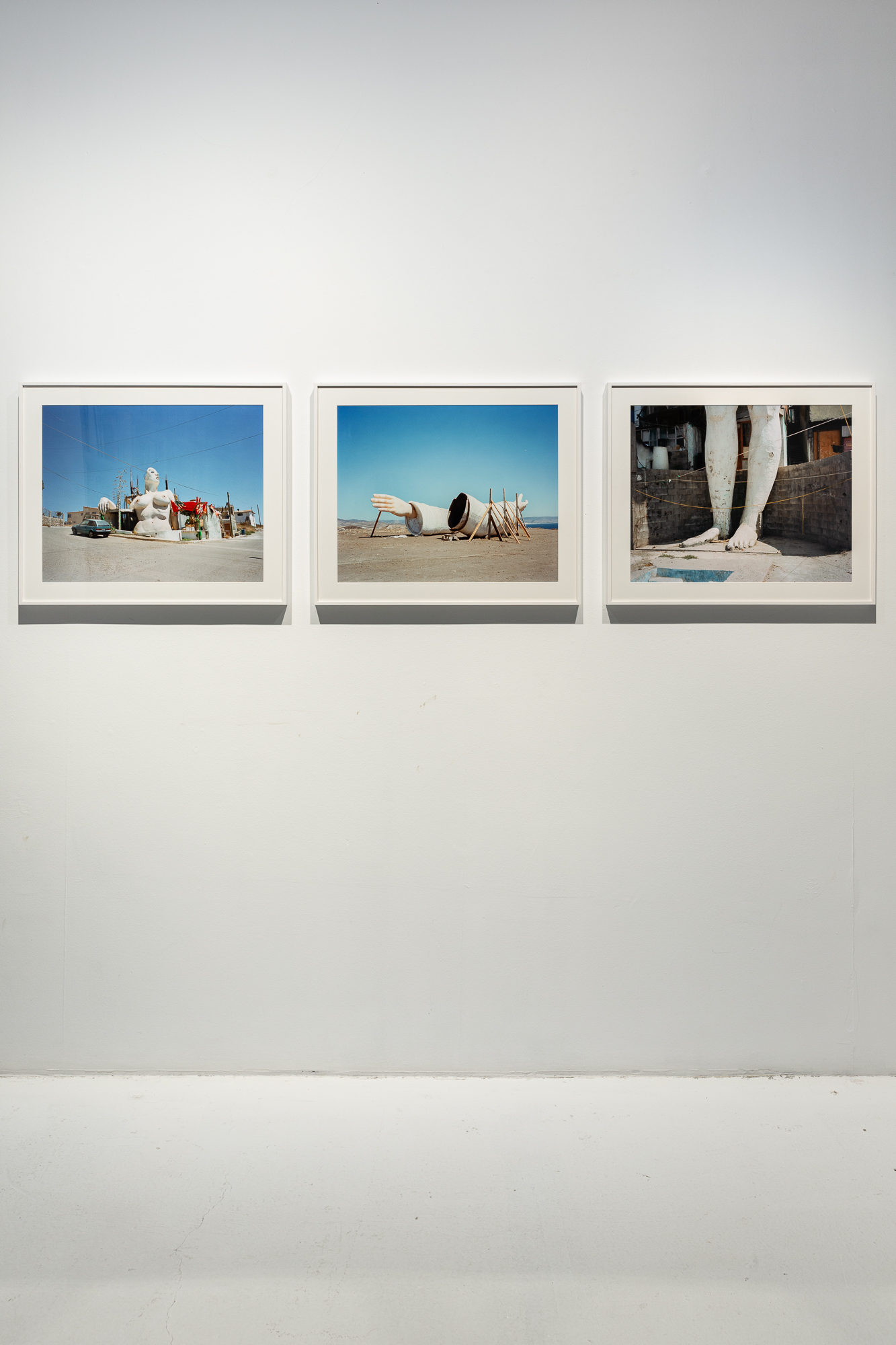 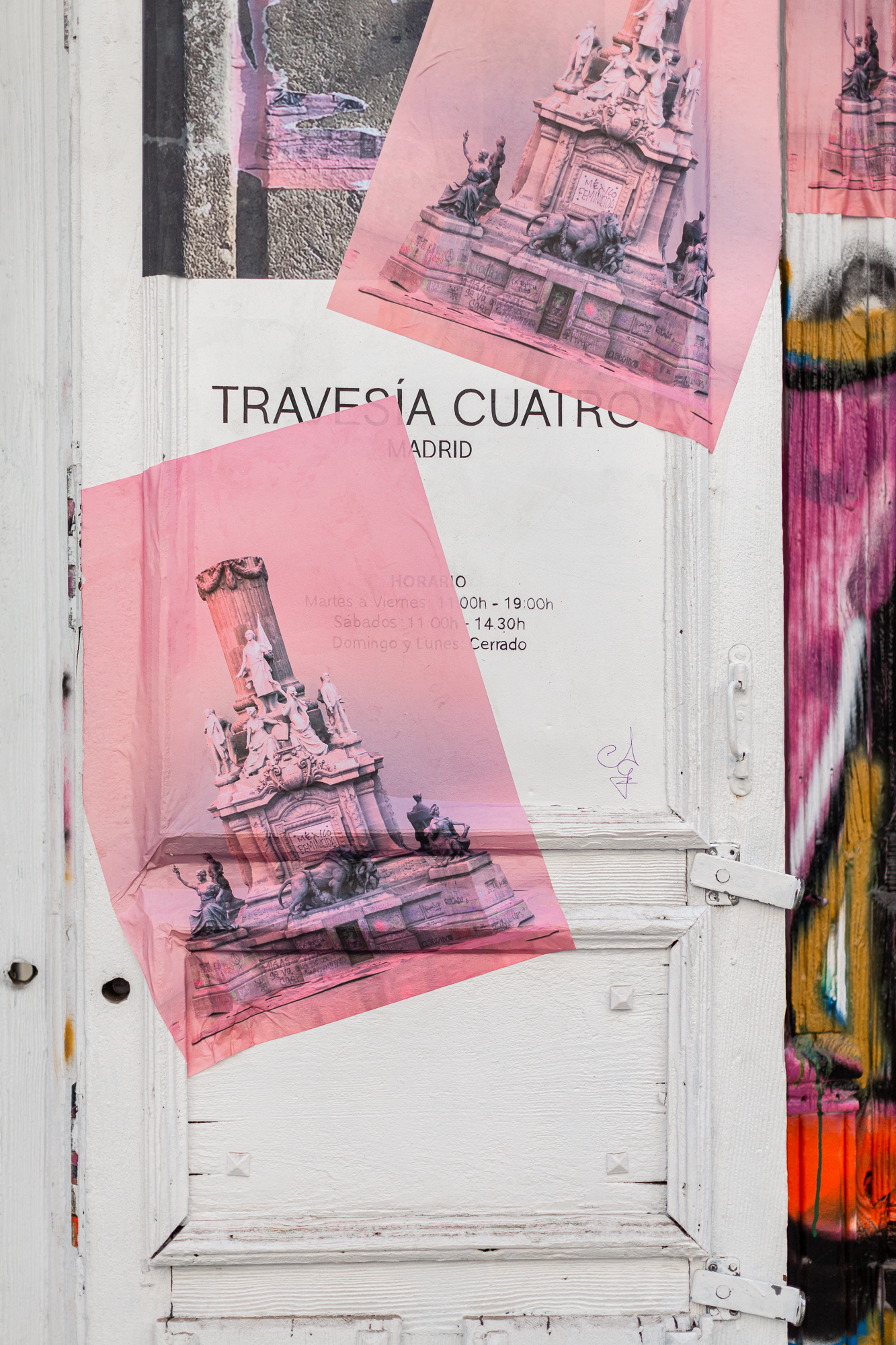 La lengua en los ojos [The tongue in the eyes] generates an imagery built by the gazes of eight Mexican women artists and their stories, created in different times and from different places. These “eyes that gaze” are “the hand that writes” when author Margo Glantz vindicates the figure of Malinche in her essay La lengua en la mano [Tongue in Hand]. Malinche, Malinalli, Malintzin or Doña Marina was a historical and mythologized Nahua woman, whose job was that of a “tongue” – an interpreter – for the Spanish during the colonization process. A character who creates and leaves a mark through her voice – her tongue – despite being presented in the chronicles of the time as a body interposed between the official interlocutors – men – and associated with betrayal.

The exhibition proposes a journey through the spaces in which the body resonates, alluding to the geographical, socio-political and historical context that engendered it. Here, the space, both public and private, is an active agent in the lives of those who look or are looked at, of the mark we leave in it, the silences that it keeps, of the bodies that it limits and defines and of the absence of the bodies themselves.

Thus, Eunice, Julieta, Maya, Nirvana, Mayra, Yvonne, Sofía and Koral place us at the limit of our own borders. Together they form a landscape of voices that continues to fight for spaces where security and representation are guaranteed. That which each artist begins as a gesture of individual exploration of female sexuality, of the origins, of the margins, around the lives of the disappeared women, becomes a transformative process of empathy, protest, healing and regeneration, allowing them to appropriate these stories through photography.

In August 2019, a series of feminist demonstrations stirred up several cities in Mexico in protest of the systemic gender violence present in the country. The mark left by civil society in the public spaces of Mexico City included broken glass and monuments covered in graffiti. Among them was the Monument to Independence, also known as Victoria Alada [Winged Victory], which was immediately fenced by the government for restoration. In Nuestra Victoria [Our Victory], Julieta Gil (Mexico City, 1987) decided to register the vandalized monument and turn it into a three-dimensional digital model using photogrammetry, granting it a protected space that can never again be hidden. The video It’s gonna fall  immerses us in the marches, traversing the impossible corners of the collectively redefined monument while we listen to the voices of protesters in unison in a shocking sound piece made in collaboration with artist Concepción Huerta.

Eunice Adorno (Mexico City, 1982) appropriates found images and documents from public and private archives of women who were part of the Mexican Liberal Party at the beginning of the 20th century and who were removed from history, despite their role in revolutionary campaigns. The project Desandar is formed in two parts: Falda Dinamita [Dynamite Skirt], in which she condemns oblivion and claims the active struggle of these women; and a series of gestures, interventions and repetitions on paper that insist on the neglect and deterioration of these images. Eunice’s own gaze traversing the stories that were left incomplete is itself an act of rebellion.

The work of Mayra Martell (Ciudad Juárez, 1979) traces a map of the disappearances of young women in Ciudad Juárez since 2005. Ensayo sobre la identidad [Essay on Identity] is also an album of portraits of the incisive presence of these absences. Through her detective work, Mayra finds in this void the way to use photography as a vindication, exposing a denied collective subjectivity, the result of a machinery of disappearance that remains unpunished.

Maya Goded (Mexico City, 1967) accompanies and illuminates the lives of women who, although hidden from the public eye, look at us from their constant position of resistance. Her series Welcome to Lipstick presents the daily life of the inhabitants of the red zone in Reynosa, Tamaulipas, on the eastern border with the United States. These delimited areas, supposedly originally intended to protect sex workers, become spaces with no escape, reducing them to consumable bodies. Maya’s intuitive gaze, as tender as it is visceral, conveys the heavy and leisurely atmosphere of negotiation between desire and death in a place where any possibility of a future seems unthinkable.

By assuming the role of voyeuse in the public sphere, in which the individual is homogenized and alienated, mainly traversed by the male gaze, the work of Nirvana Paz (Mexico City, 1976) is positioned in a radical place in the Latin American context. La Corte [The Court] compiles the thousands of portraits that Nirvana made of those who passed along the wall of the Supreme Court of Justice near her house for months, imagining it as a giant cyclorama where she provided flexible and individual identities to the inhabitants of one of the most populated cities in the world.

As if it were a game of dyslexic images, blurring the line between body and landscape, Sofía Ayarzagoitia (Monterrey, 1987) proposes an exercise of self-criticism, forcing us to direct our gaze towards the marginalized lives of those who are considered to be left behind by society. Thousands of people who are headed somewhere they do not know and will surely not reach, with whom we coexist but we ignore.

Siempre estuvimos aquí [We were always here] is an ongoing project by Koral Carballo (Veracruz, 1987) reflecting on the representation of Afro-descendants in Mexico which has been eclipsed by the myth of the miscegenation between the indigenous and the Spanish. Through a process of decolonization of the gaze, her oneiric photography proposes to reconstruct the Mexican identity from the study of different cultural and historical events, starting with the carnival in Coyolillo, a town founded by freed African slaves brought by the Spanish colonizers as workforce in the 16th century.

From the border with California, in Notes from the line, Yvonne Venegas (Tijuana, 1970) dissects the city where she grew up, collecting corners as strange as they are vulnerable in an ongoing archive to show the space that gives shape to her own frontier body, to her spirit and her movements.