Much like an essay, Knife in the Water, the first exhibition of Alexandre Estrela, at Travesía Cuatro, synthesises a common ground where the intangible is recognised through the use of absence in ‘eloquent’ forms. The pieces in this exhibition are suggestive of the invisible, the intangible or the elusive through concrete/absent matter. Something is created out of apparent taciturnity. In the show nothing is obvious, like in Estrela’s work, the thin line between presence and absence is continuously being disrupted through image, matter and the bodily comprehension or incomprehension of both, making gaze a fundamental part of the work, the projected surface a tool to reach the mentioned contemplative paradox, and the image something to be mistrusted in itself.

Now then, what is it that I am seeing?

The exhibition comprises three pieces. The central piece is Faca na Água [Knife in the Water] (2017), a video sculpture in which a single stretched cable forecasts a shadow on the projection. A strong illusion is generated as if an invisible pane is intersecting the visual flow of an ambiguous object. The symbiosis between the optical image and the physical cable depicts the incongruity between tangible and intangible matter, as also seen in Fred Sandback’s installations. The projected image and the physical thread, form an elusive dimension that mesmerises the viewer, who distinguishes, where there is nothing, an crystal-like silhouette splitting the space in two, generating a phenomenon of refraction. The title of the piece and the show is borrowed from an early Roman Polanski film. In the movie there’s no such thing as a knife cutting water, but likewise in the piece, it is present.

The second piece: Vidro Duplo [Double Glass] (2018), is a video projection on a glass screen with a small contact speaker glued to its surface, a transducer that uses matter as a way to translate energy and amplify sound. This piece can be seen as a video apparatus to study the sound properties of glass. The video is composed of two single images of the same glass window exposing an abandoned electrical circuit. A small dry noise forces the image to expand as seen through a fish-eye-lens. At this moment the screen becomes a lens, zooming into the image, while the sound travels through the glass embodying its properties, stretching its physicality to the point of damage. Again Estrela uses tautology when projecting a video of a glass window onto a glass screen; both seem to establish a dialogue in which the optical and the physical intersect. Like the title, Vidro Duplo, the piece questions both glass and represented glass; both image and matter, illusion on top of illusion.

The third and last piece: Impossible Object (2018) is a print of a hand. It appears to hint at the latin derivation of ‘rare’, which is ‘rarus’, meaning ‘full of empty spaces’. The image of the rare is conveyed through the depiction of a missing middle finger. The ghost limb, is still perceived, forming a parallel with the impossible geometrical figure tattooed on the palm of this four-fin-gered hand.

The show uncovers, what Susan Sontag calls, “a hypertrophy of appetite for culture”. Estrela’s eclectic use (teemed with footnotes) of diversified allusions to historical and cultural references, some popular and some concealed, discloses the ultra-transversal potentiality of an almost anthropological, highly sensorial work that tests the physiological misunderstandings of the gaze.

Not with standing, very often Estrela explores the very counterpart of this effect. He examines “what happens to the image when the projecting device is switched off”, or what happens to the pieces after the gallery is closed. The motionless device stays there, consciously displayed but OFF, as a fundamental segment. The work is still there, like on a ghost limb, present throu-gh absence. As Estrela mentions, the almost concrete image lives on, forced to be autonomous, although the technical means to reach such a phantasmagorical entity are not yet – are yet to be. 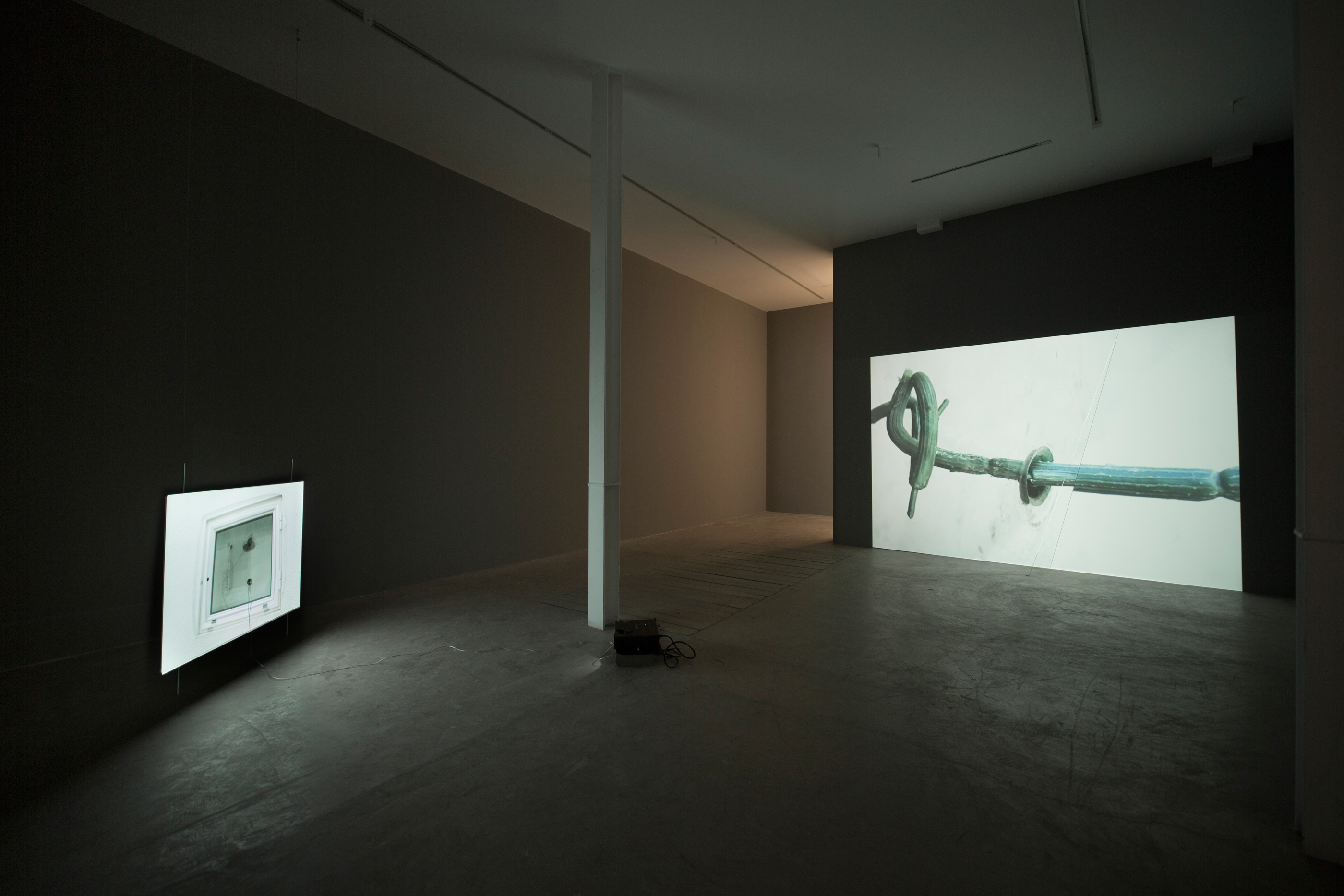 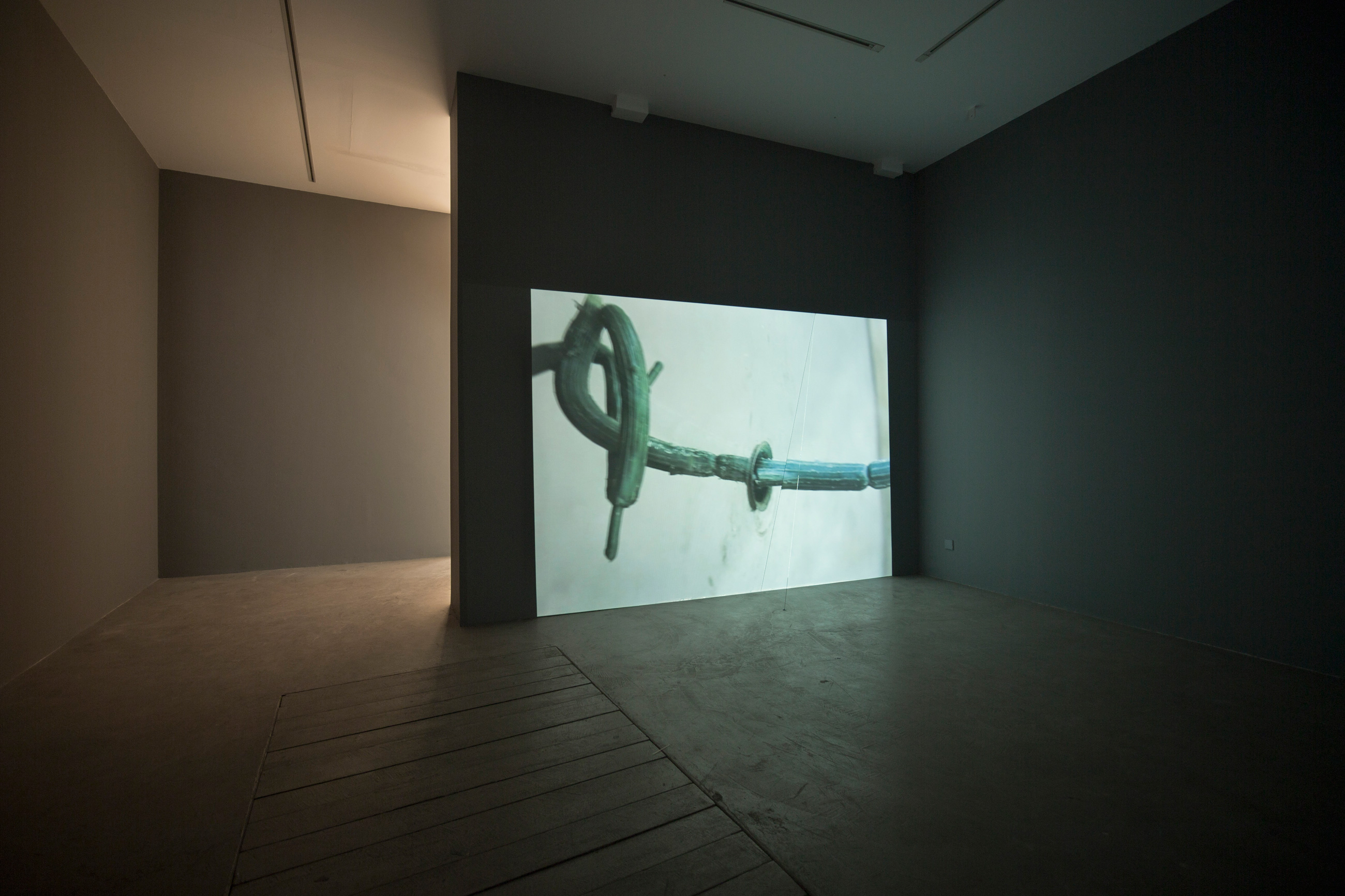 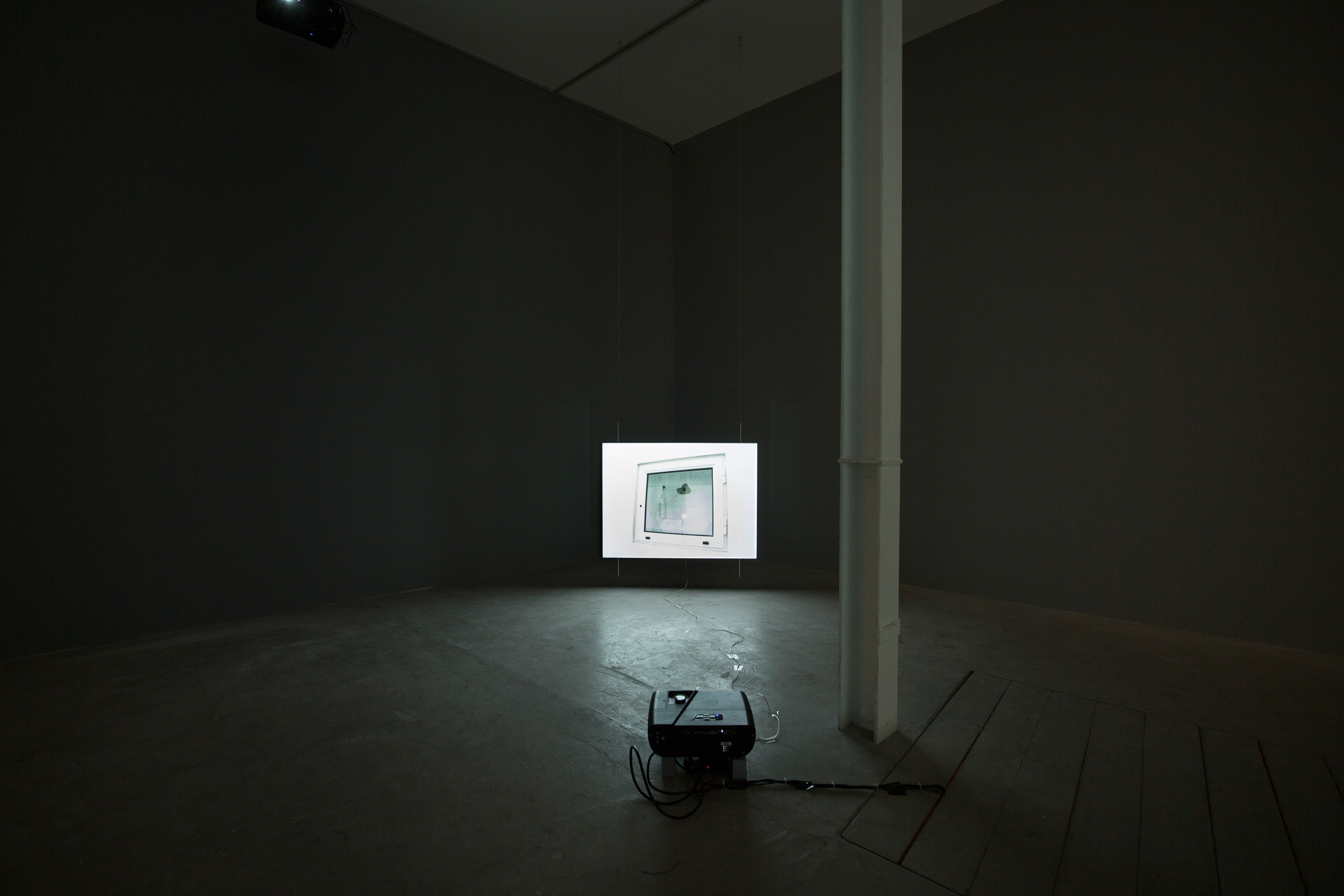