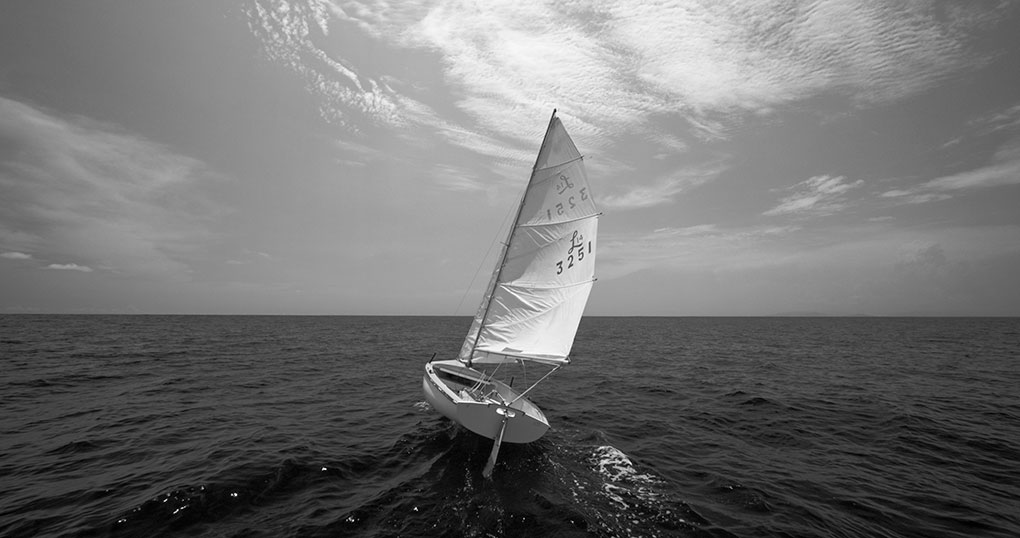 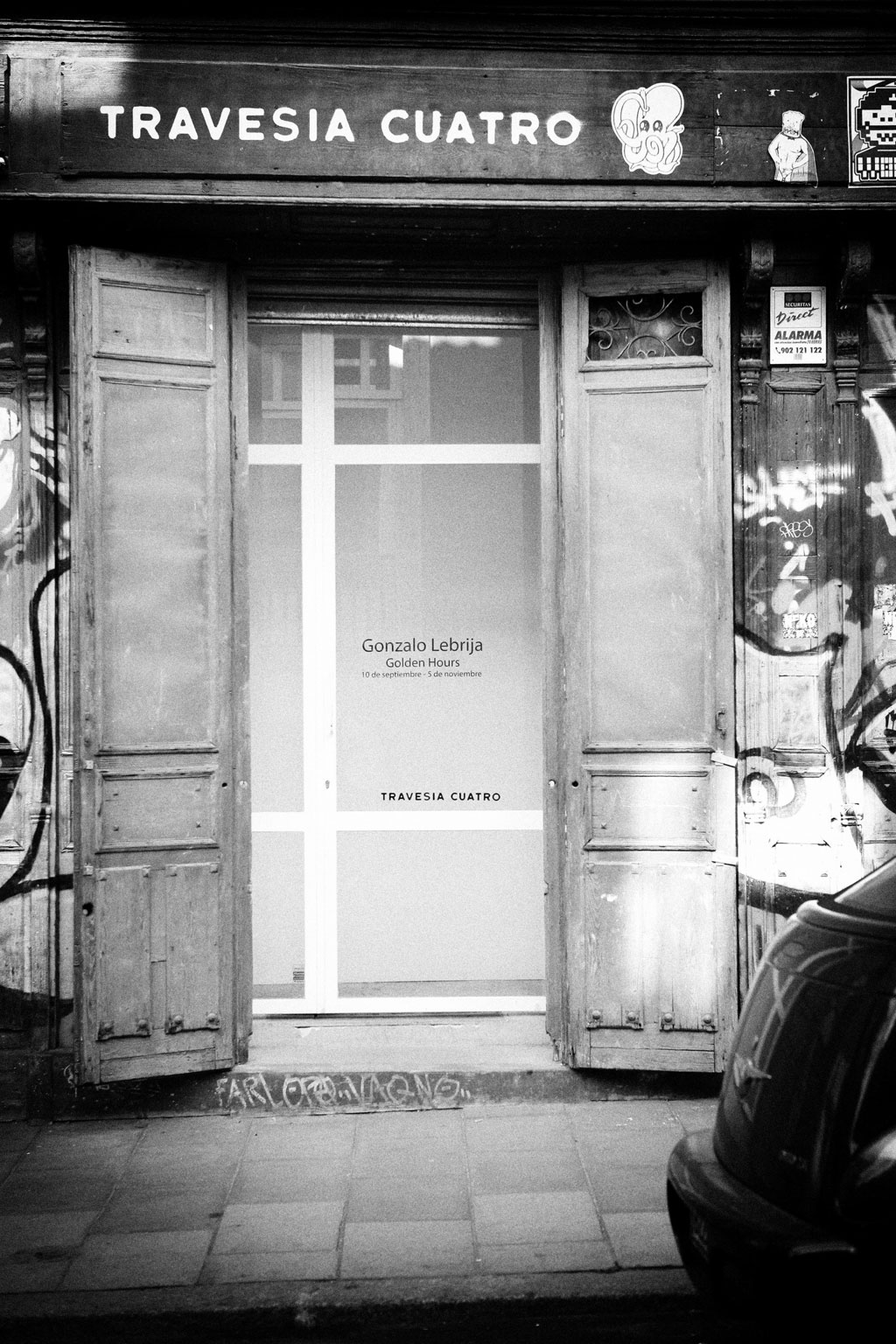 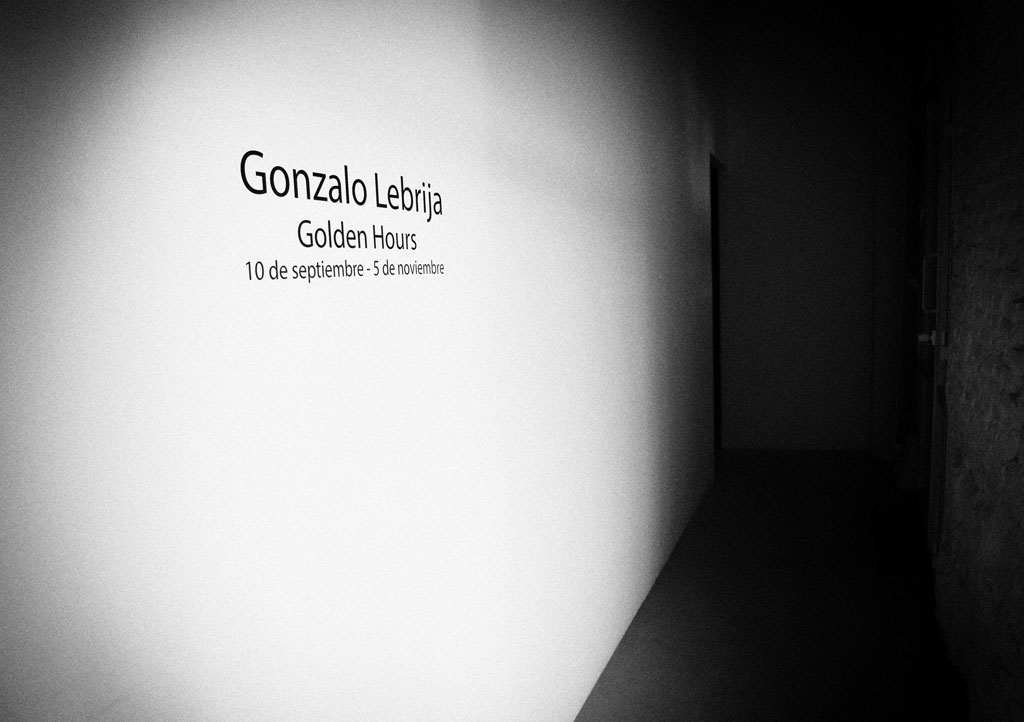 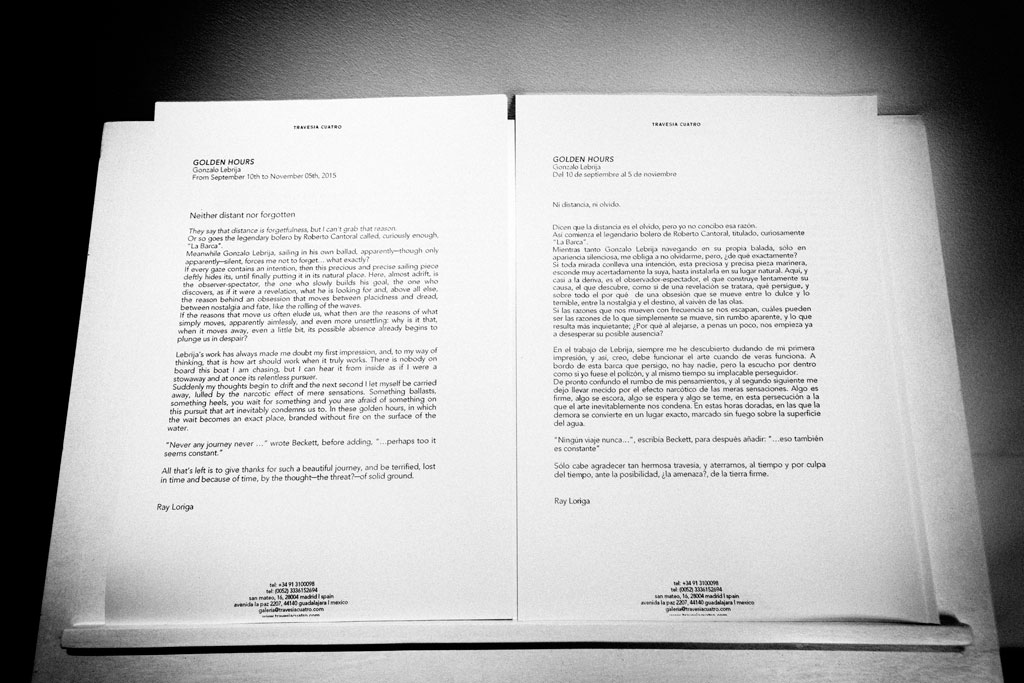 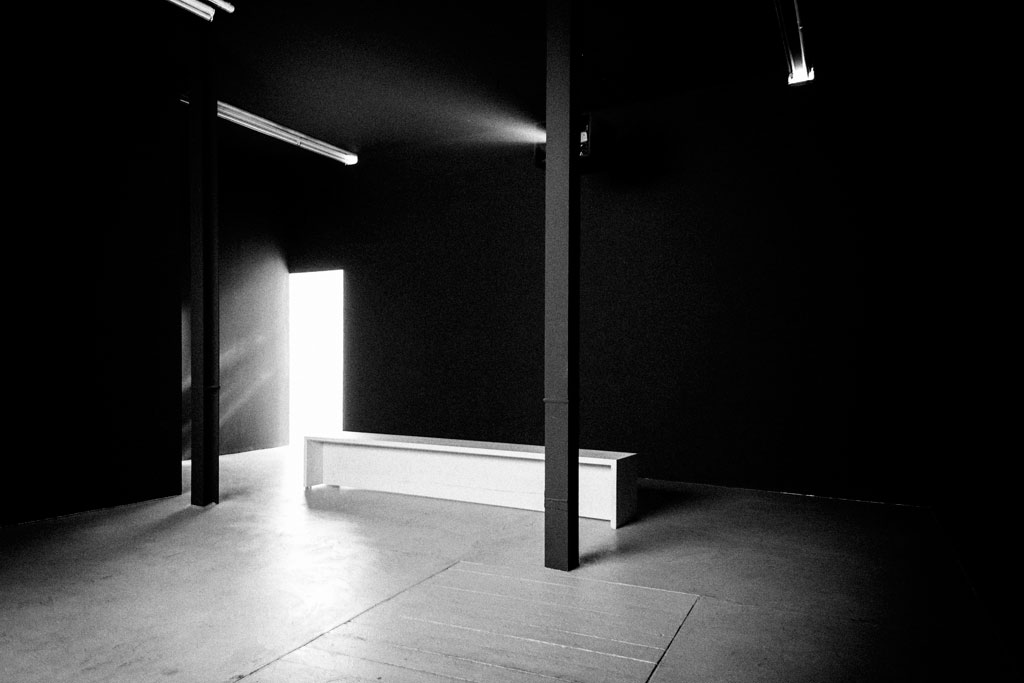 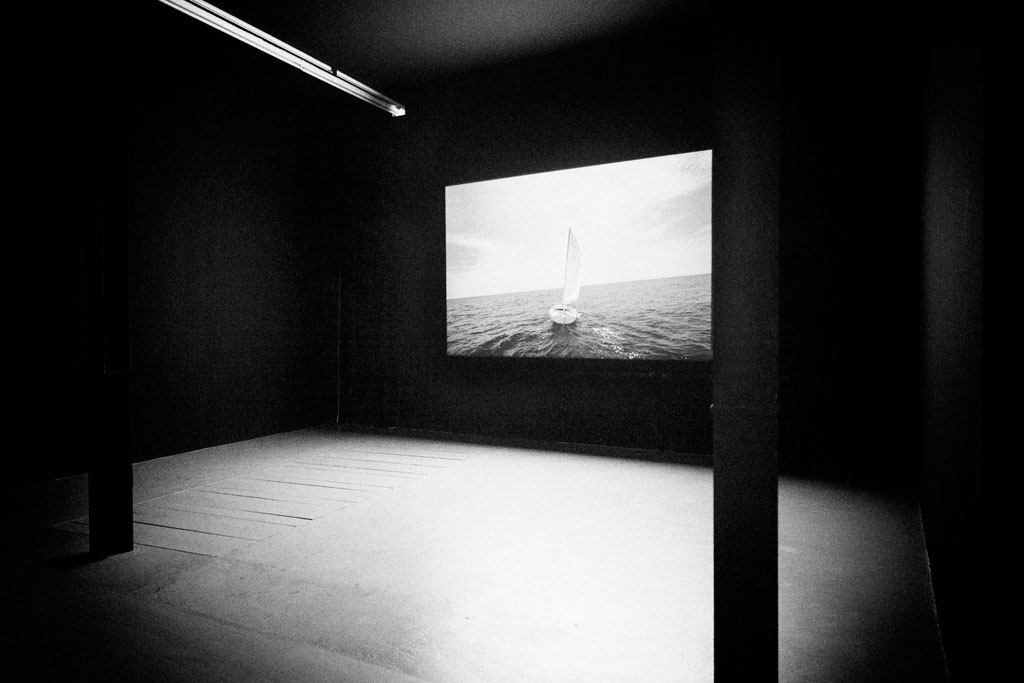 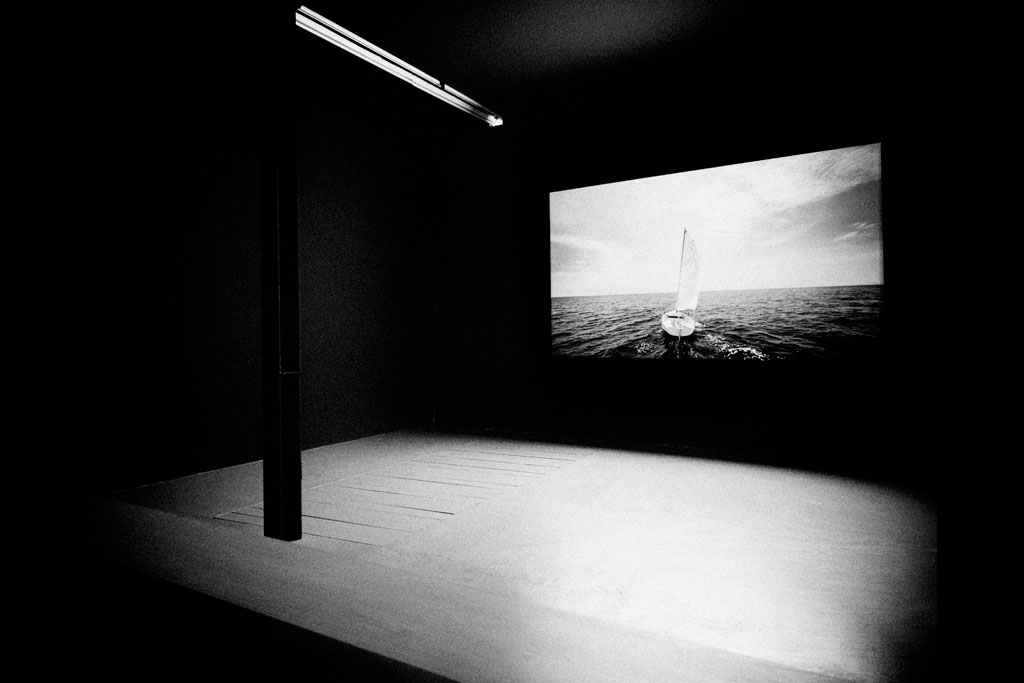 Neither distant nor forgotten.

They say that distance is forgetfulness, but I can’t grab that reason.
Or so goes the legendary bolero by Roberto Cantoral called, curiously enough, “La Barca”.

Meanwhile Gonzalo Lebrija, sailing in his own ballad, apparently─though only apparently─silent, forces me not to forget… what exactly?
If every gaze contains an intention, then this precious and precise sailing piece deftly hides its, until finally putting it in its natural place. Here, almost adrift, is the observer-spectator, the one who slowly builds his goal, the one who discovers, as if it were a revelation, what he is looking for and, above all else, the reason behind an obsession that moves between placidness and dread, between nostalgia and fate, like the rolling of the waves.
If the reasons that move us often elude us, what then are the reasons of what simply moves, apparently aimlessly, and even more unsettling: why is it that, when it moves away, even a little bit, its possible absence already begins to plunge us in despair?

Lebrija’s work has always made me doubt my first impression, and, to my way of thinking, that is how art should work when it truly works. There is nobody on board this boat I am chasing, but I can hear it from inside as if I were a stowaway and at once its relentless pursuer.
Suddenly my thoughts begin to drift and the next second I let myself be carried away, lulled by the narcotic effect of mere sensations. Something ballasts, something heels, you wait for something and you are afraid of something on this pursuit that art inevitably condemns us to. In these golden hours, in which the wait becomes an exact place, branded without fire on the surface of the water.

“Never any journey never …” wrote Beckett, before adding, “…perhaps too it seems constant.”

All that’s left is to give thanks for such a beautiful journey, and be terrified, lost in time and because of time, by the thought─the threat?─of solid ground.