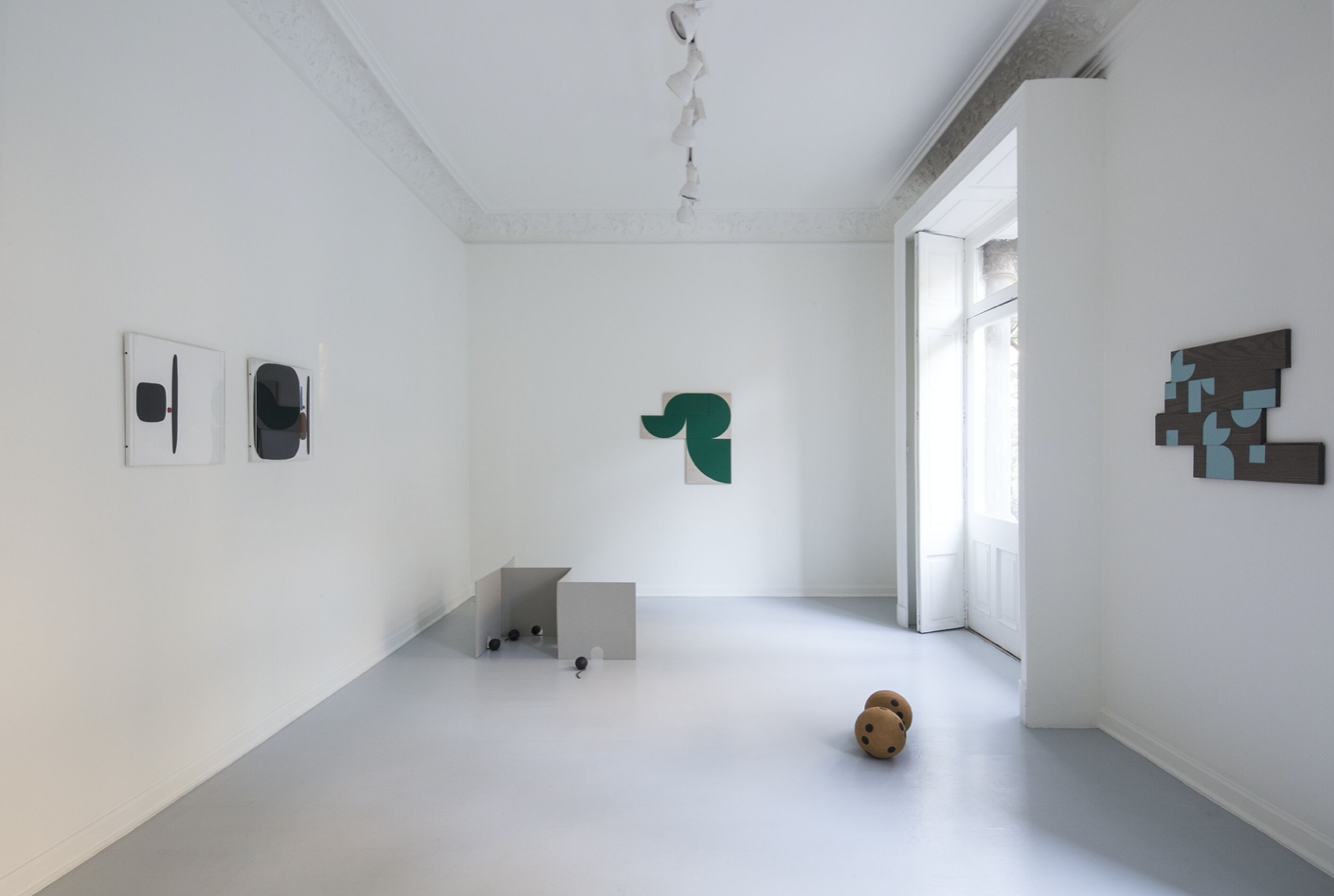 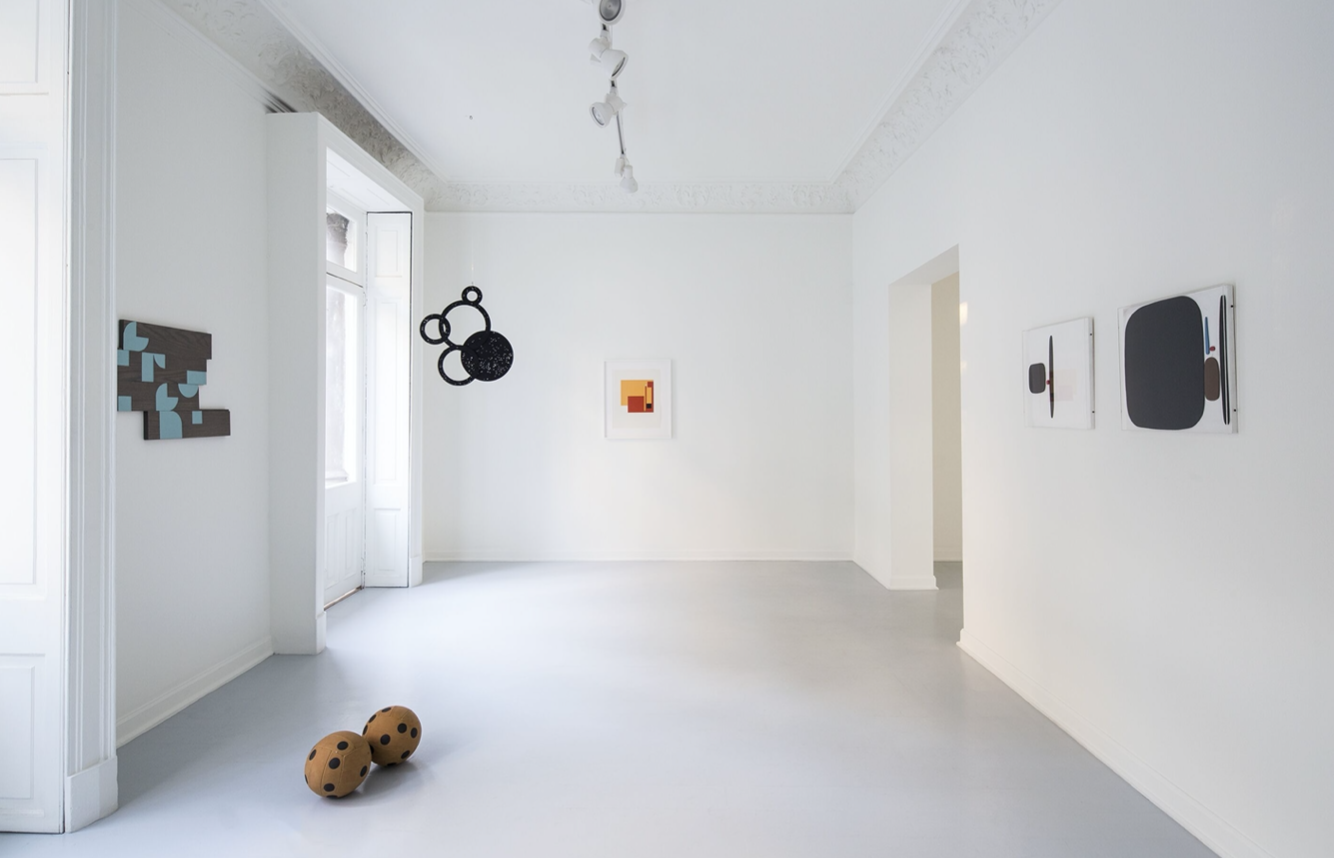 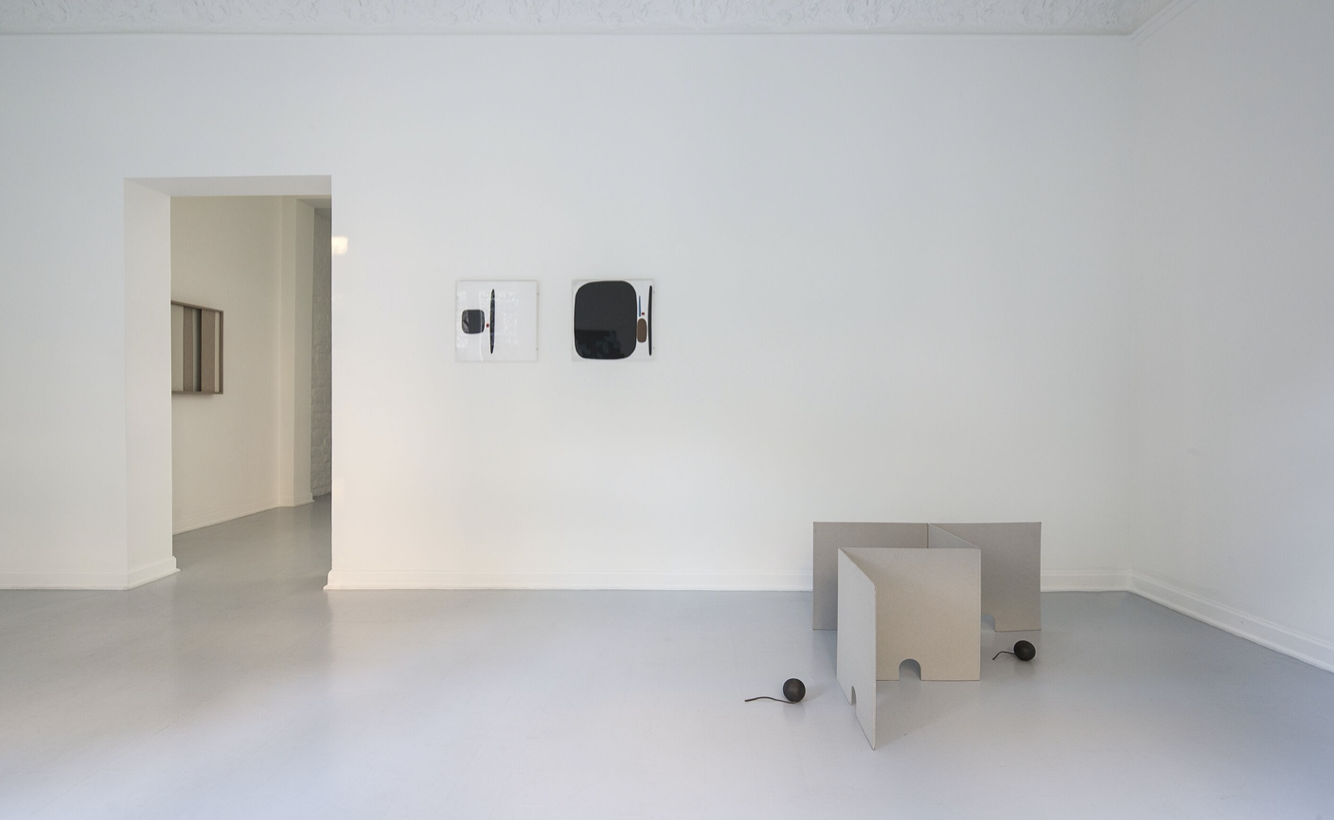 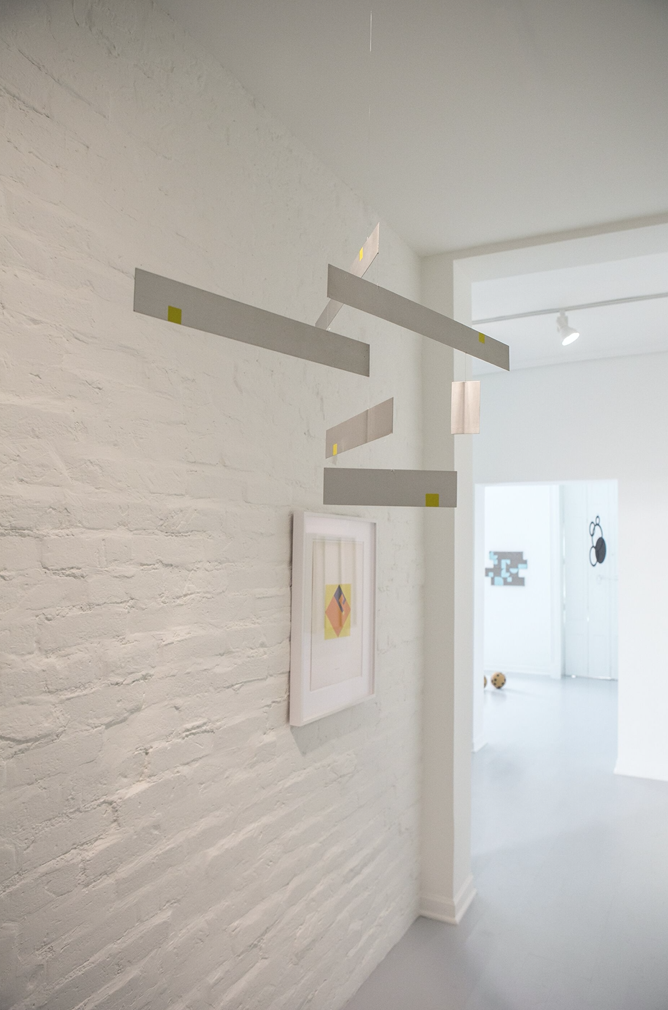 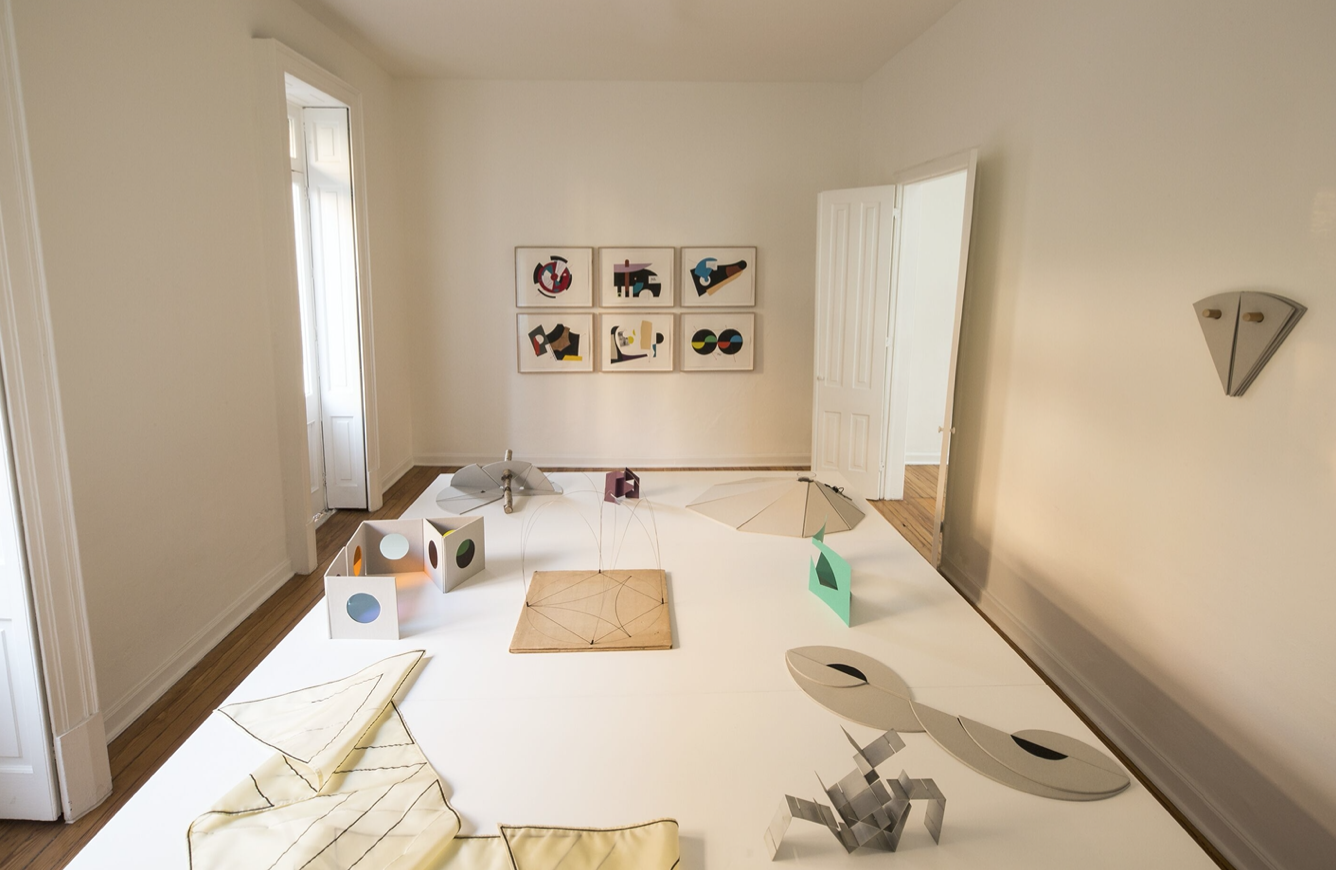 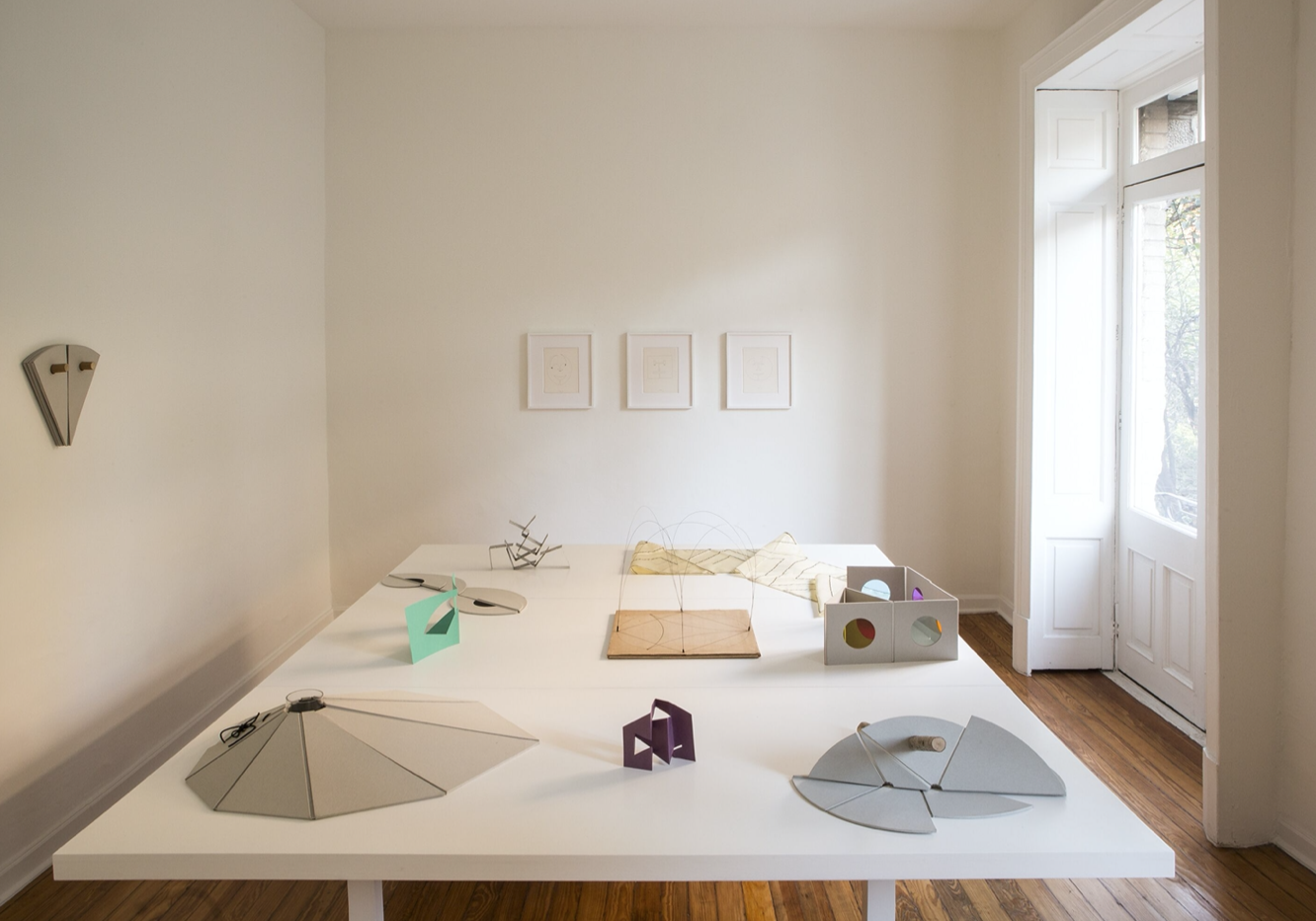 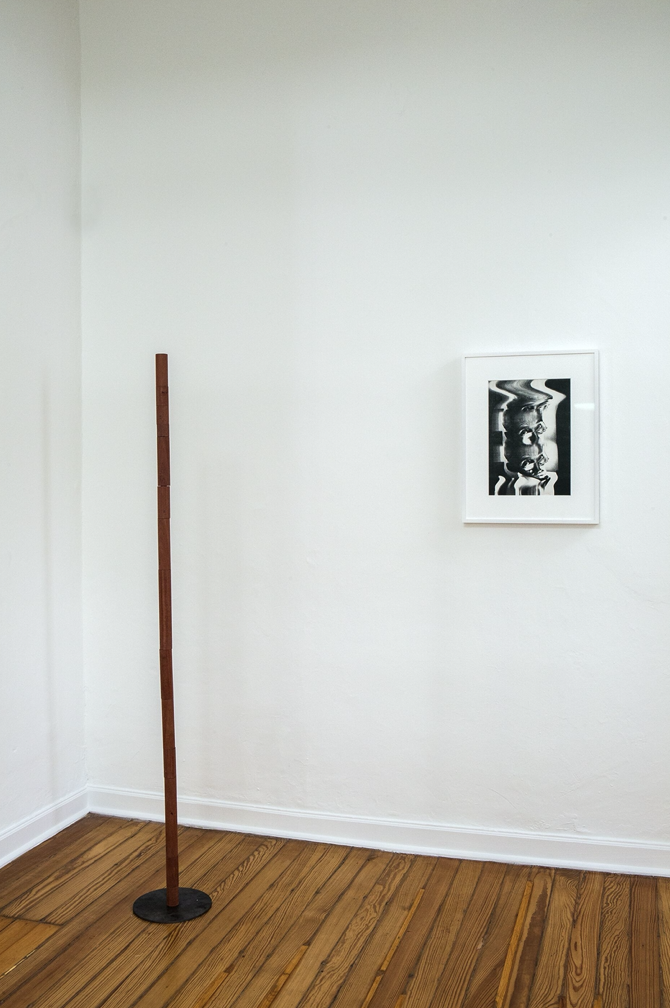 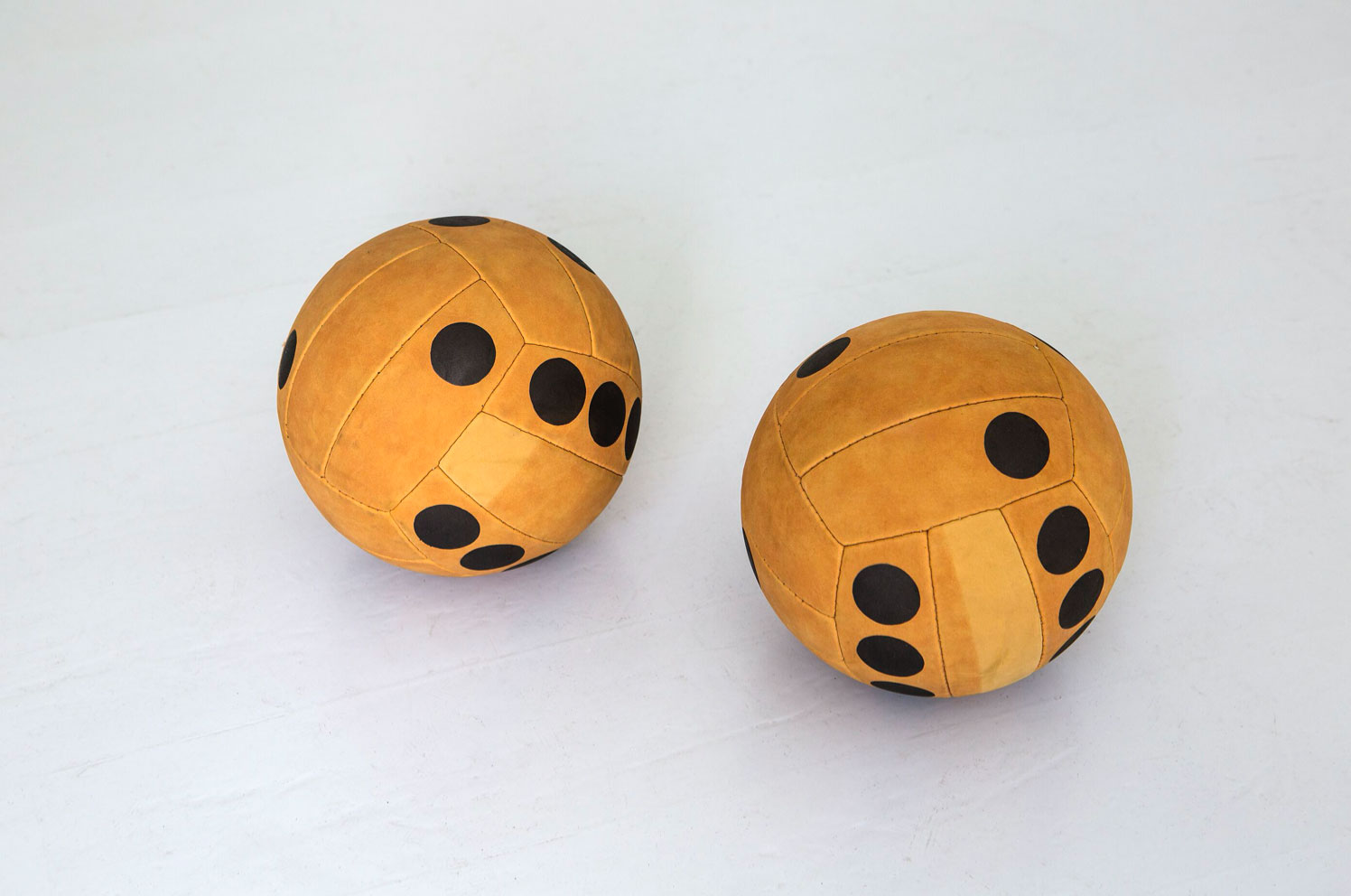 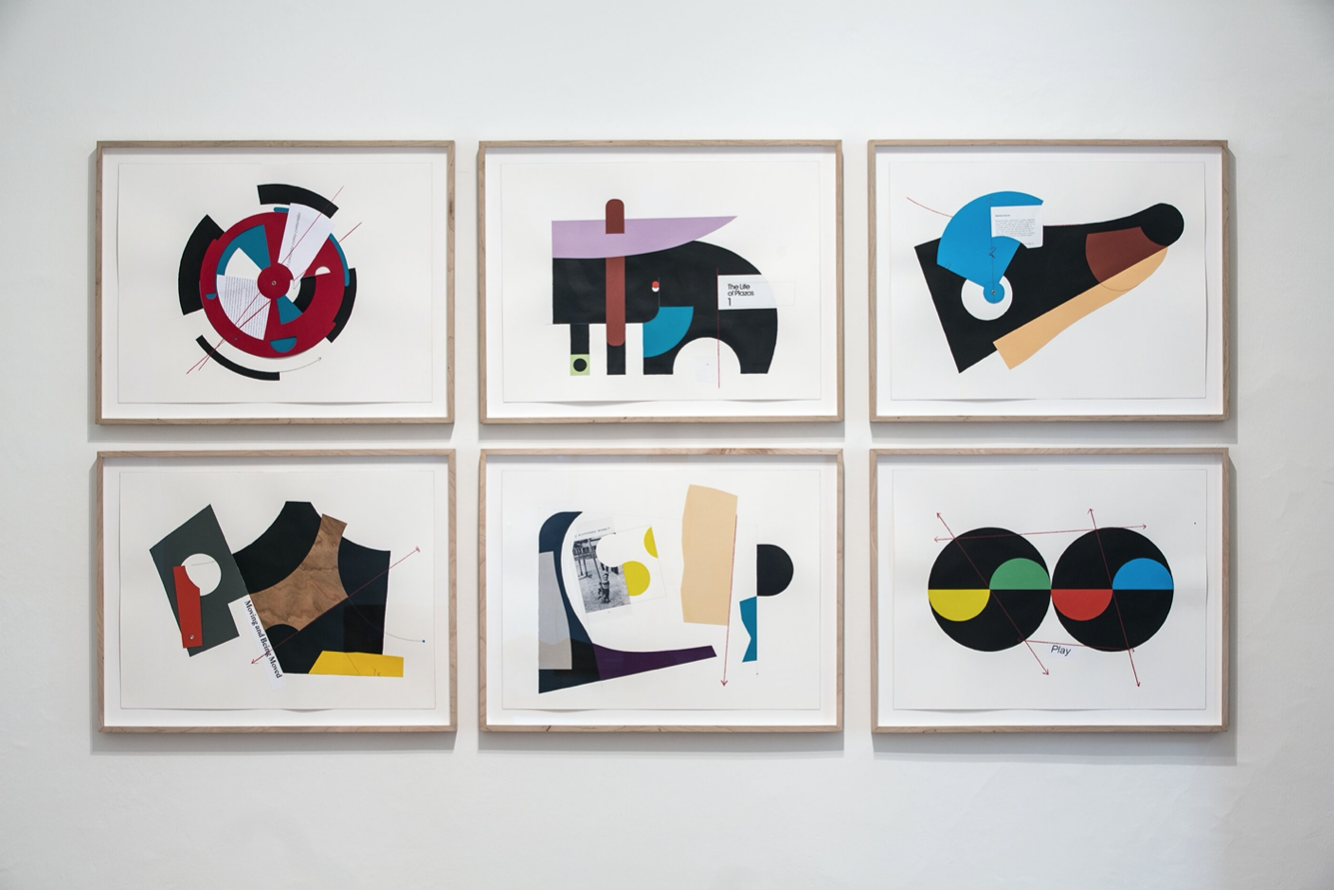 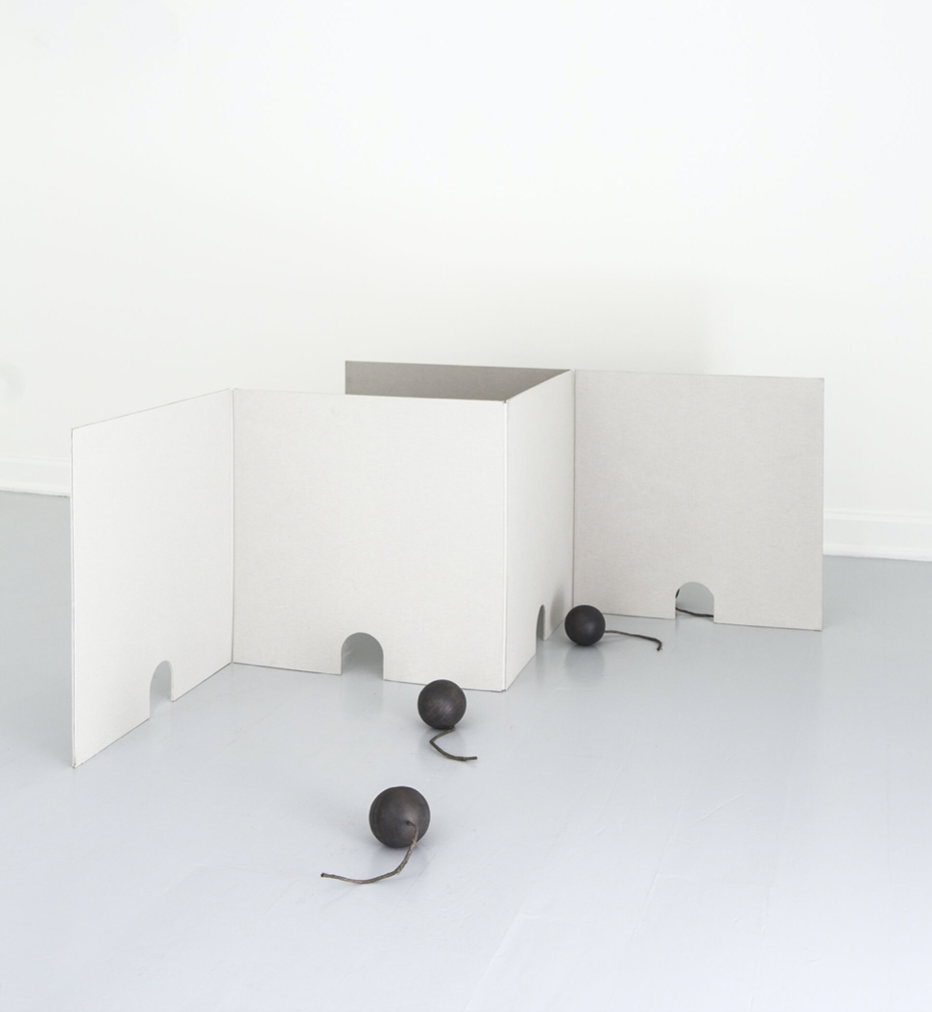 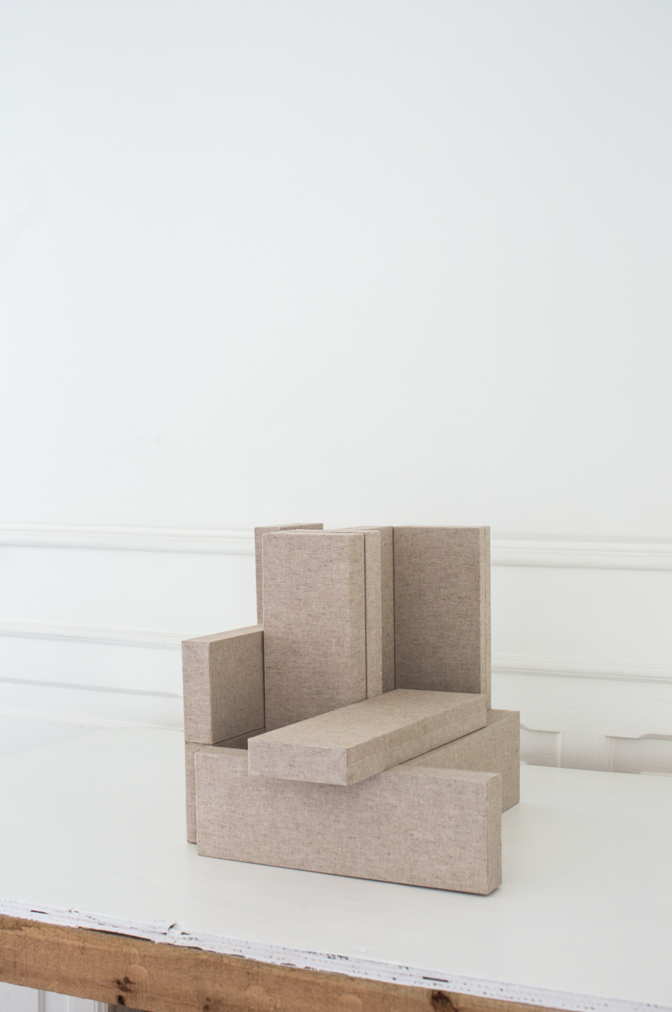 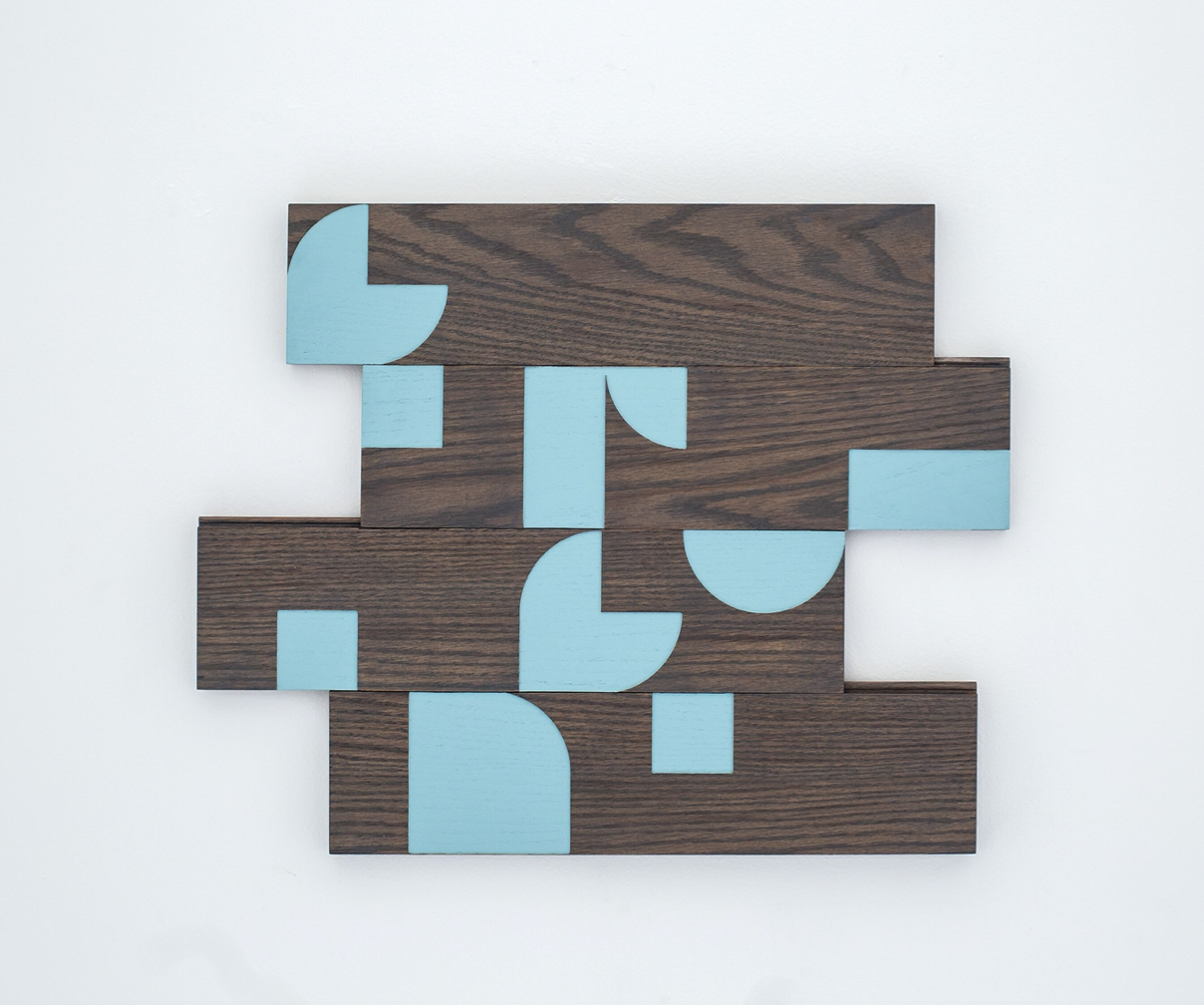 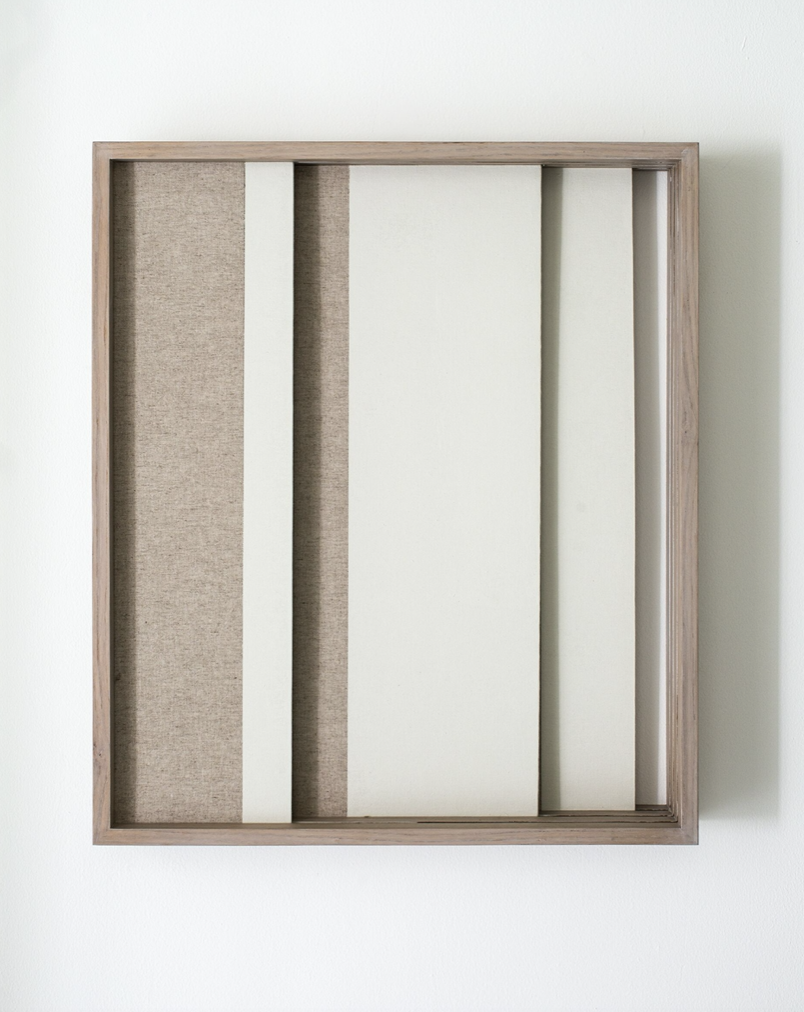 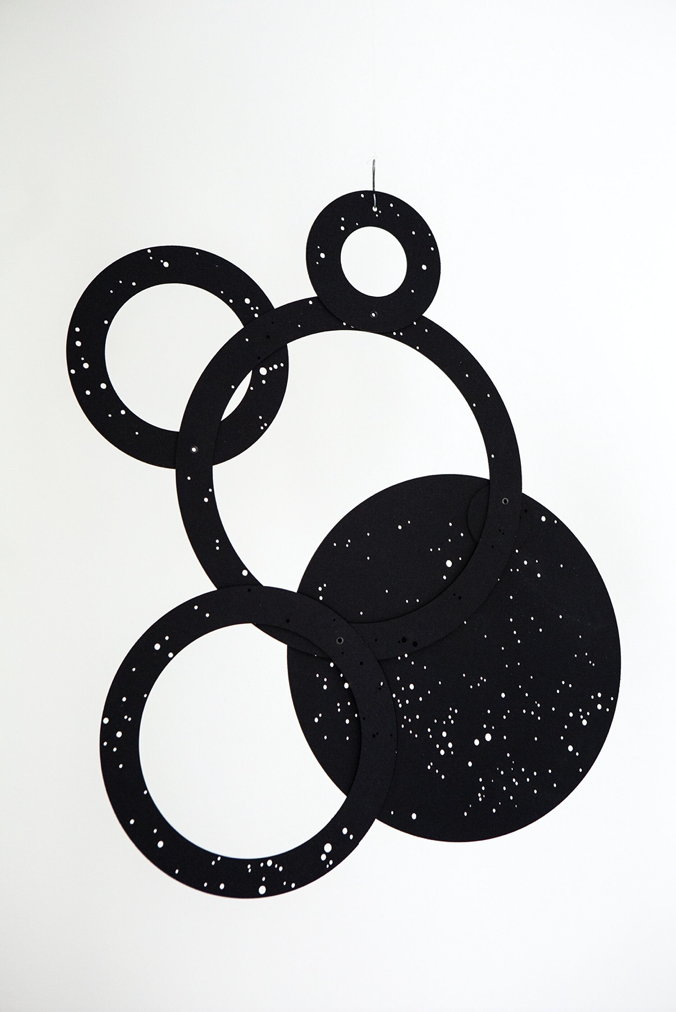 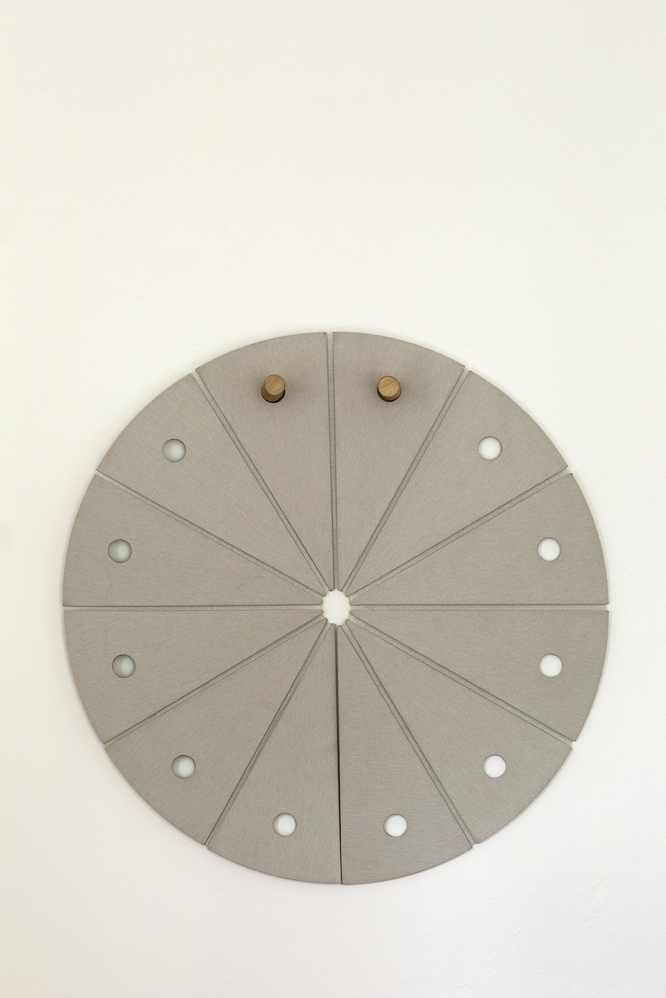 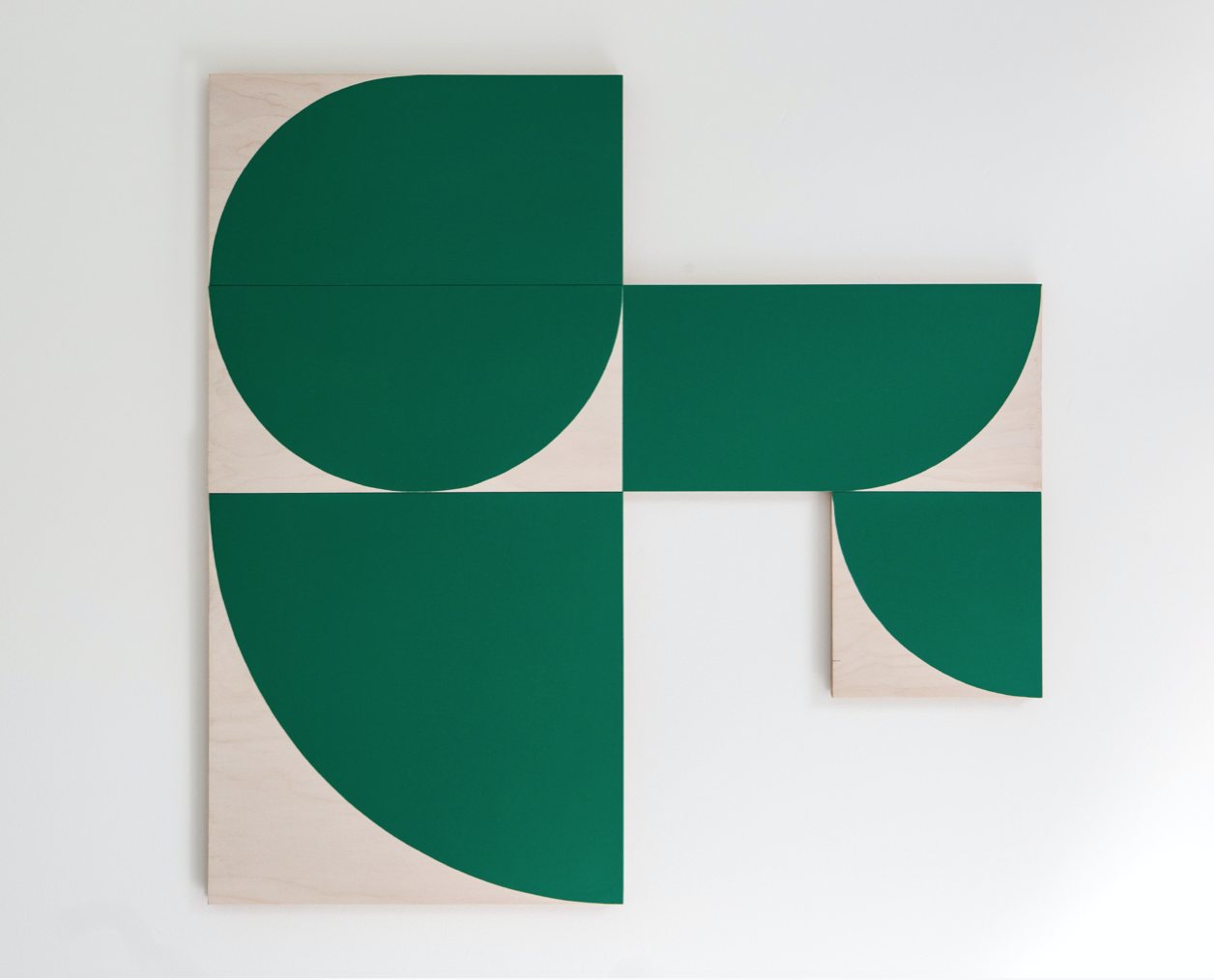 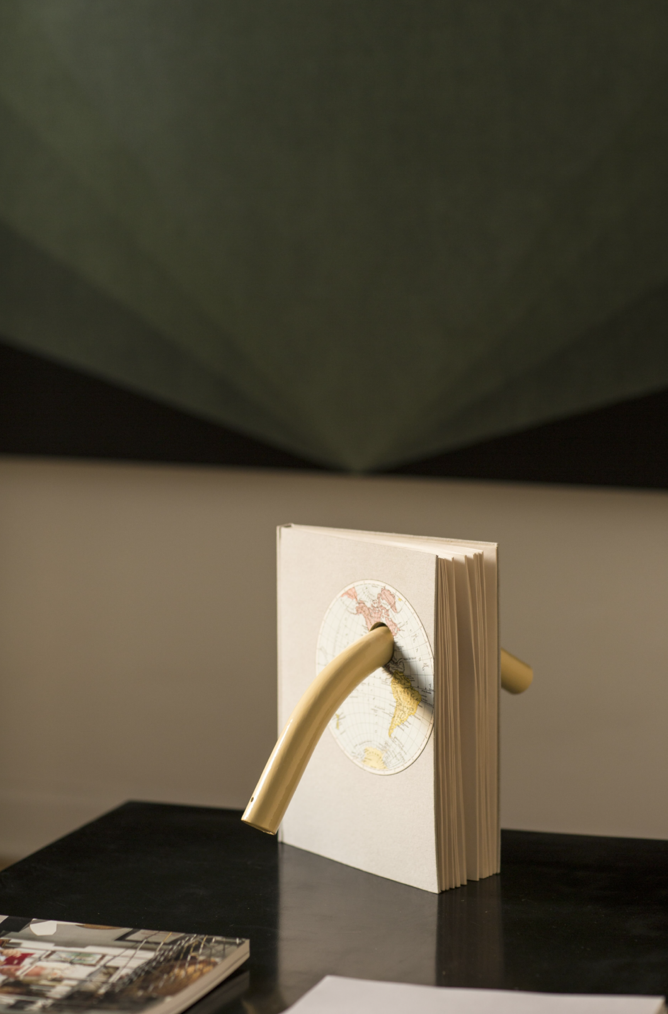 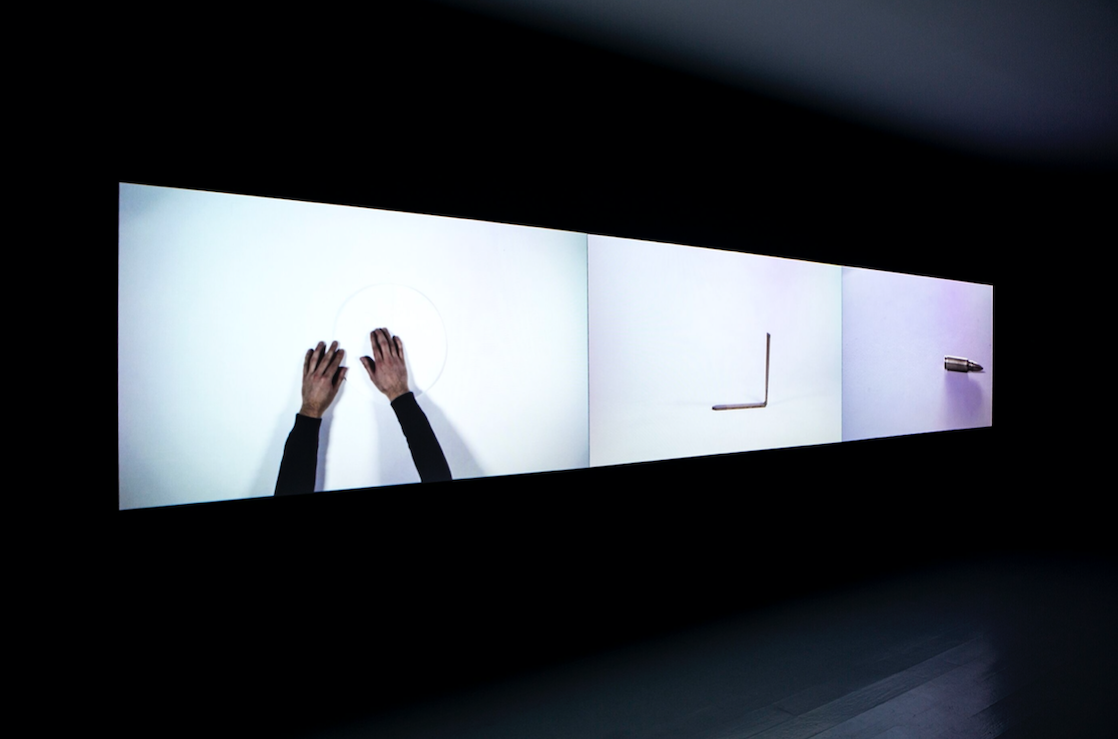 Time as an activity, 2019. Variable dimensions.

The artist must cast off the last rags of romanticism and become active as a man among men,

well up in present-day techniques, materials and working methods.

In 1959 Bruno Munari produced his first cardboard travel sculpture, and immediately claimed that its place ought to be “in a suitcase”, packed together with the “razor and underwear”. This object, essential, light, serial, encompasses characteristics that have remained at the core of his practice since then. It is a game, because it sparks curiosity and it’s fun; it is kinetic, as it shifts from folded paper to three-dimensional object with a movement that explores the fourth and fifth dimensions; It is an example of industrial production applied to art in order to make it useful and concrete.

Munari endlessly looked to move beyond the rigid compartmentalization of art and design, art and life, towards a balance that was reached “when the objects we use every day and the environment in which we live become themselves works of art”. His pieces function as playful exercises to train the mind without abusing it. They correspond to a non-intimating way of making art that requires human intervention and thus can lead to the opening of new possibilities.

Upon entering the gallery’s lower ground, we encounter a modular aluminium sculpture – Laberinto Concreto– whose shape and size are susceptible of transformation in the space over time. Initially rendered in drawing, Mateo López’s sculptures aremodular. They have a scaled proportion in relation with the human body, they are modest and anti-monumental, and exist as ephemeral architecture.

In the first and second floors of the gallery we find Munari’s model experiments –Struttura Continua,Flexi and hisMacchina Inutile – conversing with Mateo López’s artworks – Ratonera, Bold (Dice) or Truth (level). Just as the travel sculptures, Lopez’s works are collapsible, transportable and light for handling. They conveyboth Munari and López’s love ofchildren’s games, humor and inventiveness.

Mateo López often assimilates Munari’s kinesthetic pedagogy in his pieces. In Time as activity— a three channel installation combining video, animation and stop-motion — he recreates the environment of work in the studio. Reflecting those moments of fragmentation, it also incorporates sounds that, modified in the way of Musique Concrète, are reminiscent of the latency of mechanical work.

Munari was deeply interested in the issue of industrial production, always looking to intervene in everyday reality. This was palpable mainly in his machines, first ‘aerial’, then ‘useless’, based on the idea that the democratization of tools was far more important than the adulation of authorship. His machines “are useless because they do not make anything, they do not eliminate labor, they do not save time and money, and they do not produce commodities. They are nothing but mobile objects […] to look at in the way one looks at a drifting group of clouds after spending seven hours inside a factory full of useful machines”.

In this way, his Multiplesare two or more-dimensional objects designed to be produced in a limited or unlimited number of specimens, with the aim of visually communicating a new piece of aesthetic information to a vast, undifferentiated public.

Munari’s compositions Negativi Positivi, scattered on the walls of the gallery, are concrete artworks. Each of the parts of which they are made of is autonomous, there is no part that serves as a background to the others, but all together they make up the image. The positions of each of the parts are interchangeable. Their essence lies in the fact that form and color are used not to represent something else, but to show their greatest expressive potential.

When we arrive at the last floor of the exhibition, we are greeted by Munari’s Autoritrattocreated with Xexox technology. When he first started using it in 1963, Munari immediately recognized the potential of the machine as a widely accessible art making tool. What he called ‘copies’ or ‘multiples’ were in fact not copies at all, they were originals, one-time records of a particular arrangement at a particular time. The result of a tool engineered for mechanical reproduction, repurposed as a means of production. This highlights the fact that with his activity, he was aiming not at breaking with the codes, but rather at exploring their limits. His self-portrait thus shows his use of irony and chance with a constant experimentation with new technologies and materials.

Facing Munari’s series of drawings with which he researched into the human face –Viso Antenati 2, 5 and6– are López’sTheoretical reconstructions of imaginary objects, named after Munari’s collages and which are part of a performative gesture in his recent plastic research, in which López recycles and edits materials and ideas that go from one project to another.

Parallelly to the exhibition, Mateo López has collaborated with Mexican public art producers Ruta del Castor and presents the sculpture Pabellón[Pavilion]at Glorieta Insurgentes during the opening week. With it he references Bruno Munari’s historical piece Abitacolofrom 1971, which proposes to be a rest unit, a bed to sleep, a desk, a bookcase, a table, a source of lighting, a space for play, recreation and fantasy.

Ultimately what defines and unites the forms and elements used by Mateo López and Bruno Munari is that there is not a beginning or an end, an inside and an outside, but rather these coexist fluidly away from absolute categorizations. This means that each piece is in constant creation depending on the interaction with the individual. Therefore, the work remains in a swing of possibilities.

Their practices are imbued with a great deal of imagination, a trait they study, develop and contemplate as the instrument that may ultimately trigger a change in our behavior and thought as human beings.