While looking through my sketchbooks I came across a series of drawings, annotations and objects. The truth is, I couldn’t recall if I had actually seen those things before or just imagined them. Almost an Object, the present exhibition, includes some of the pieces found in those sketchbooks.
Drawing is the main focus of my work; I’m interested in the possibilities it offers of being two or three-dimensional, planning and carrying out and even between what is real and what is made up.

I remember doing the staircase –that is, a sketch of a staircase– after a visit to the gallery. I imagined this site-specific piece as a spatial drawing. I had done this in a way in my sketchbook, crossing over onto two pages. By taking the measurements of the tread and riser (25 x 20 cm) at a 90 degree angle and repeating the pattern, the stairs could go on indefinitely.
Nearby, the series Spatial Drawings, No. 2 shows an organically formed automated pencil hovering in the air. The literal transcription from the page in my sketchbook reads: …repetitive trompe l’oeil.

A series of 108 charcoal-on-paper, 100 x 70 cm drawings titled Apartment 402 is located on a pallet on the floor. This fragmented drawing represents my apartment in Bogota. It is a full scale architect’s plan of the apartment, totaling 55 square meters.
The graphite rock is a drawing.

The series of drawings titled A4 are inspired by the technical drawing I did when I studied architecture. The fact is, I didn’t want to be an architect. Once I decided to study visual arts, I kept drawing with the same tools and formats. Hence the spaces and objects I design are not very functional. The Draftsman’s Chair, which has a 33 degree inclination –the same inclination I have when drawing– is a clear example.

Based on annotations such as “…draw the sections of an apple that has been cut up,” “ …A4 sheet in layers” or “…most of the things that surround us were initially drawn” the following drawings began appearing on my desk:
The Broken Down A4 Sheet, the same format used for the series of drawings A4, Paper Compass, Folded Book, Drop and Apple.

The Celestial Sphere is a paper assemblage which is perforated by the star chart. Drawing the constellations there is the same exercise as picking out the constellations from the heavens.
Paper Font, a 59 x 42 cm lithograph, is the result of a fixation with folding and joining points. This typographic alphabet, which includes the letters from A to Z and the numbers, is made up of raised characters abstracted by the folds in the paper. This matrix gives way to the series Paper Poems. (Dimensions vary.) Every so often I decide to use this font to write down sentences or words that I record in my notebooks. On this occasion, it says: Things are never what they seem. 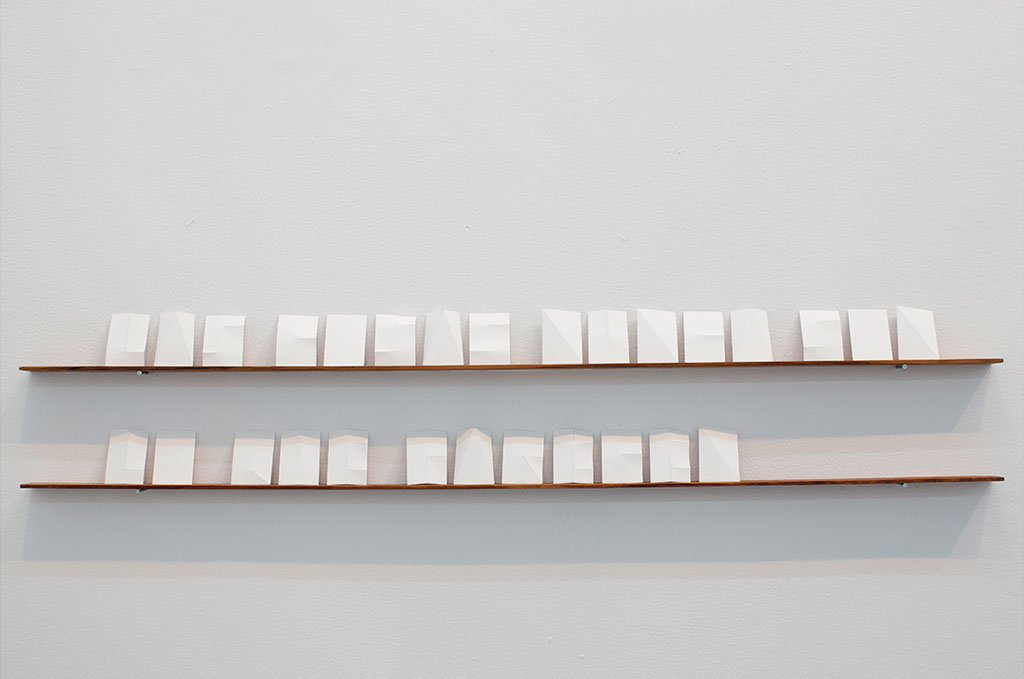 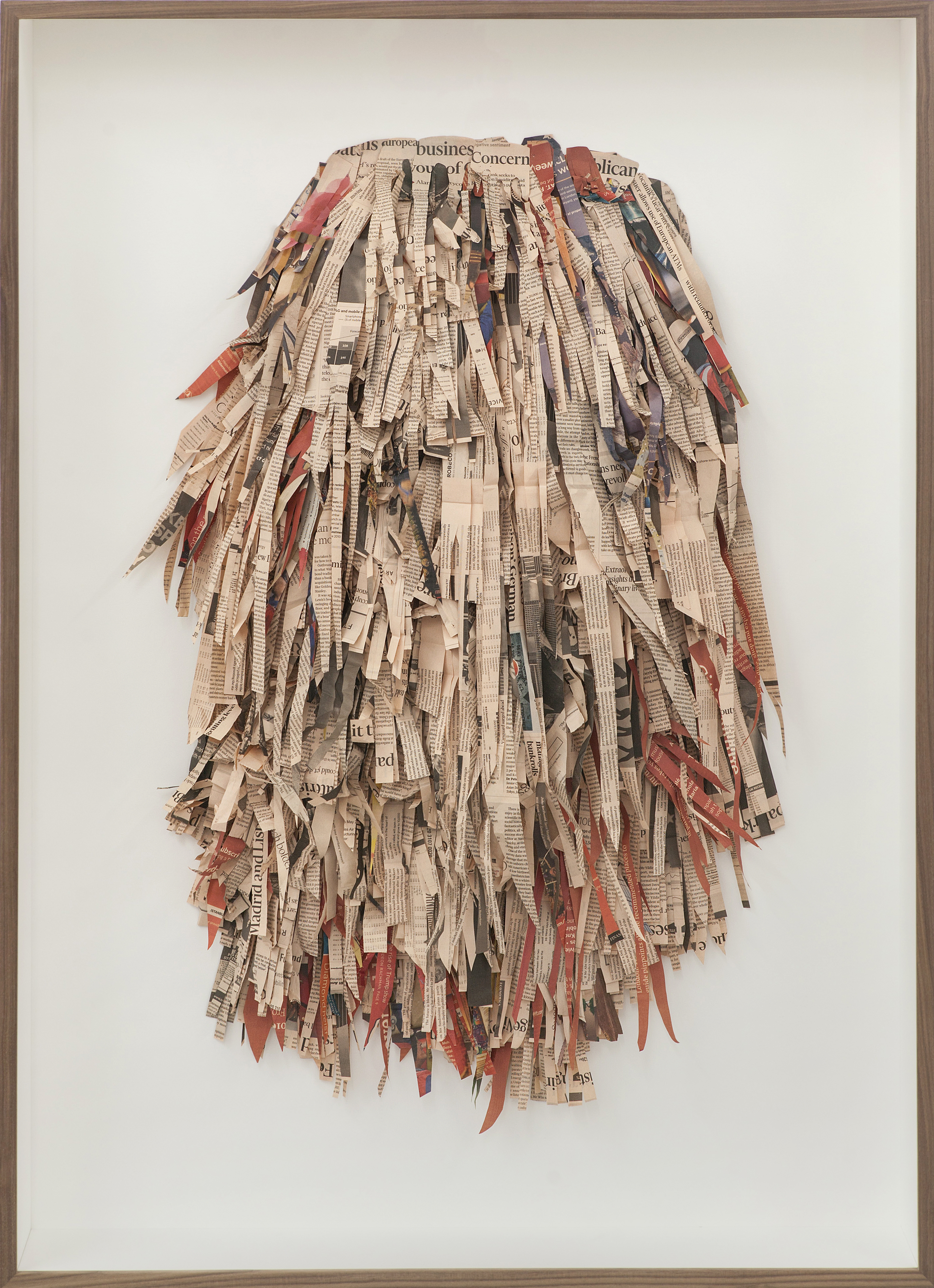