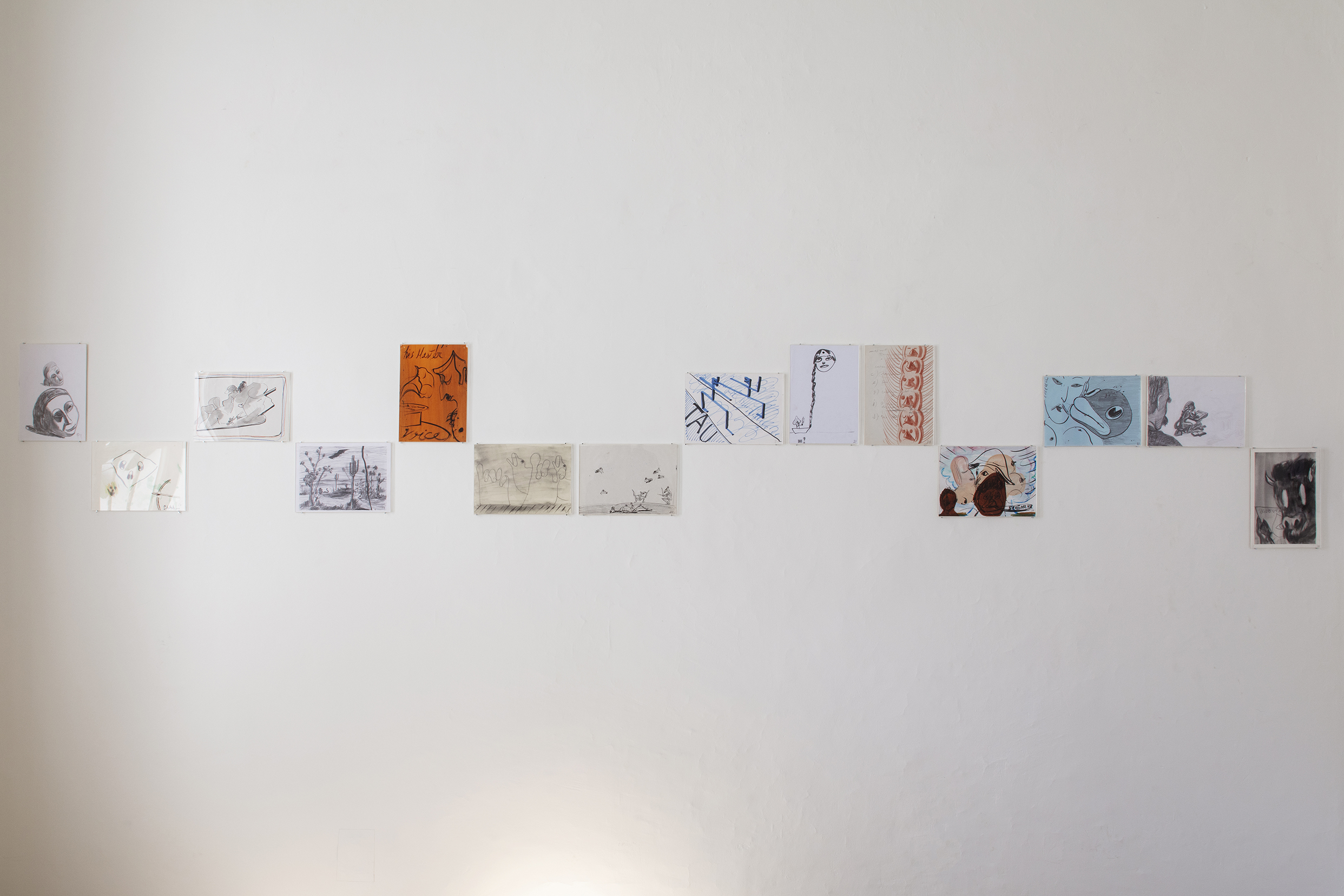 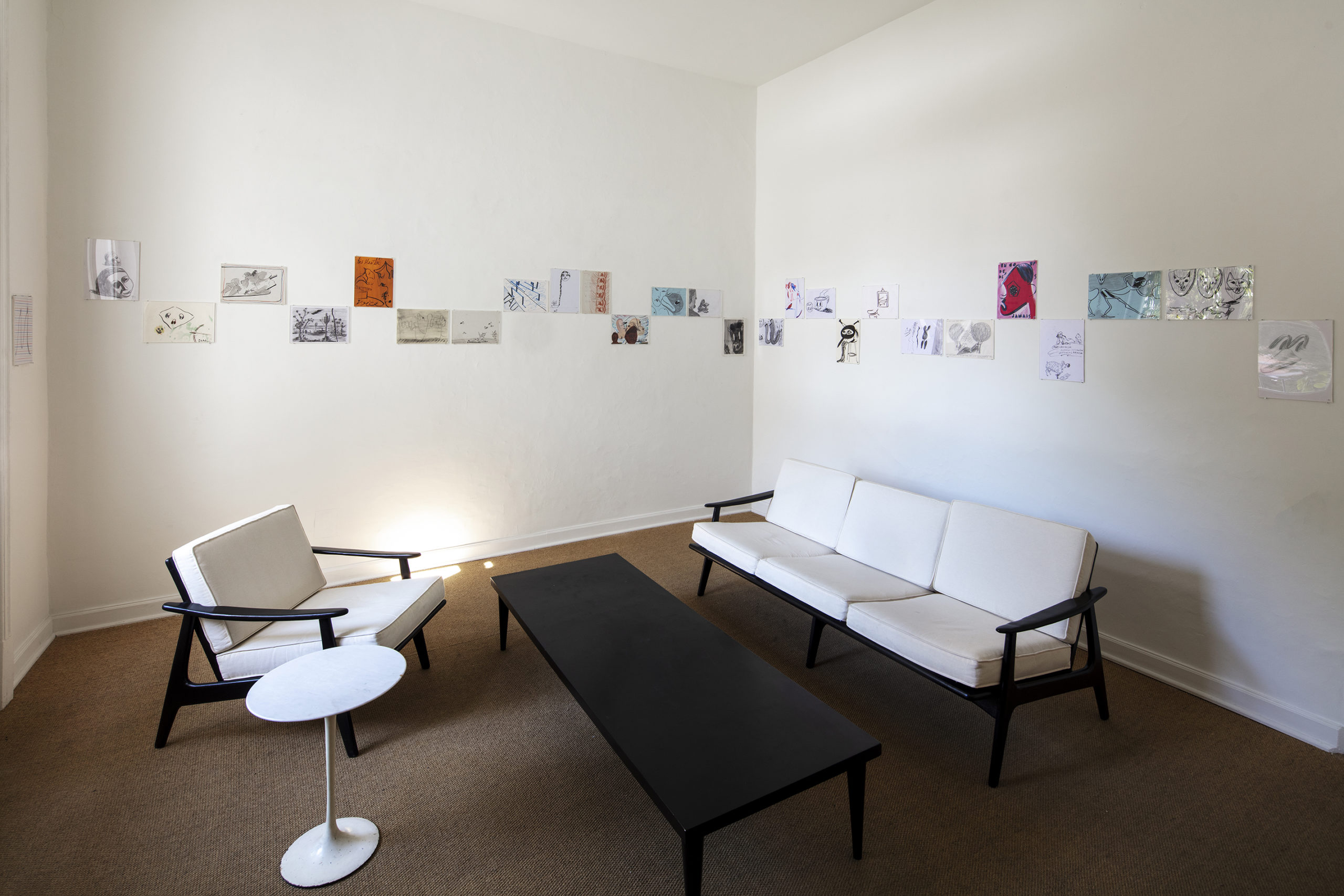 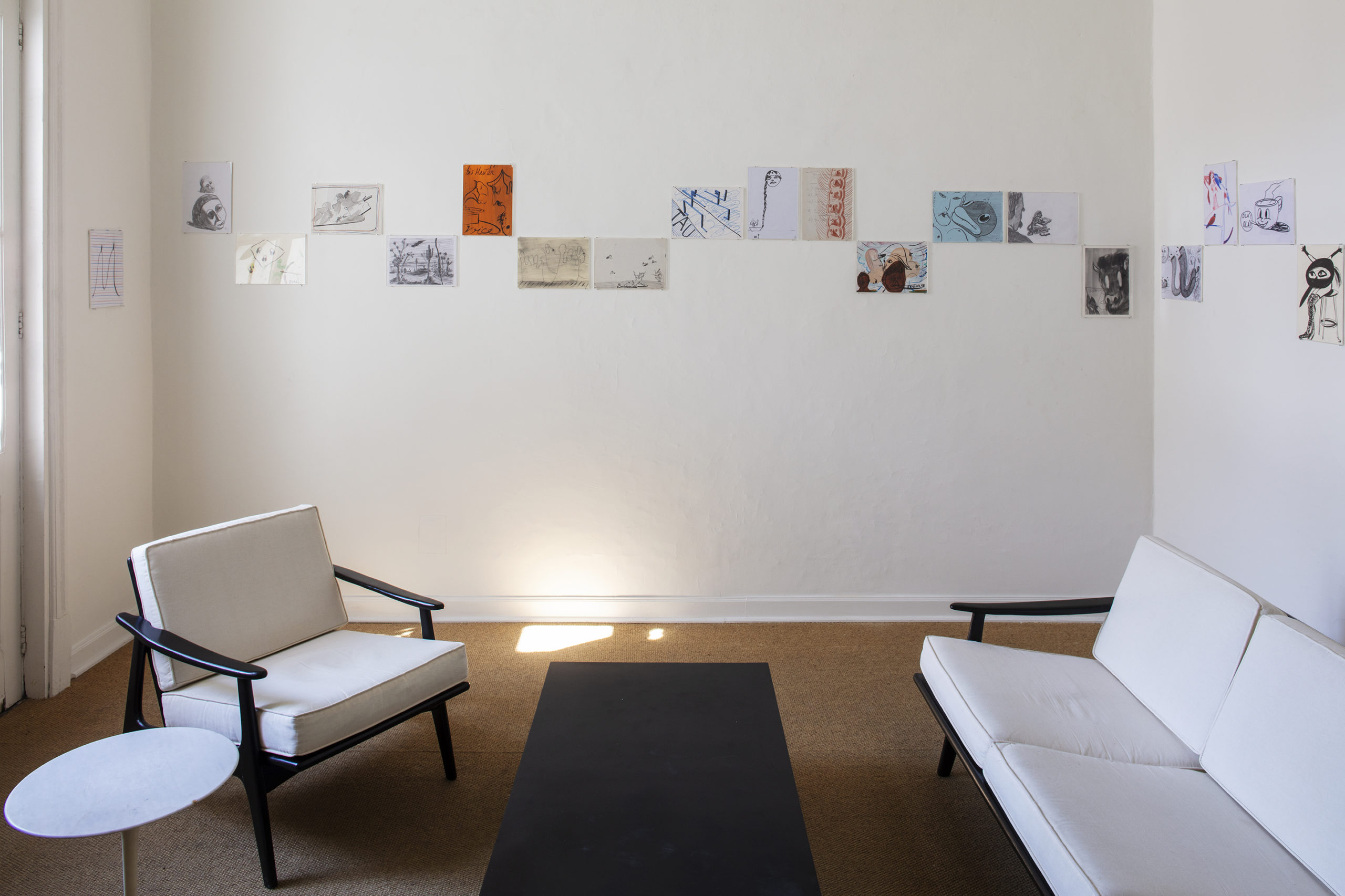 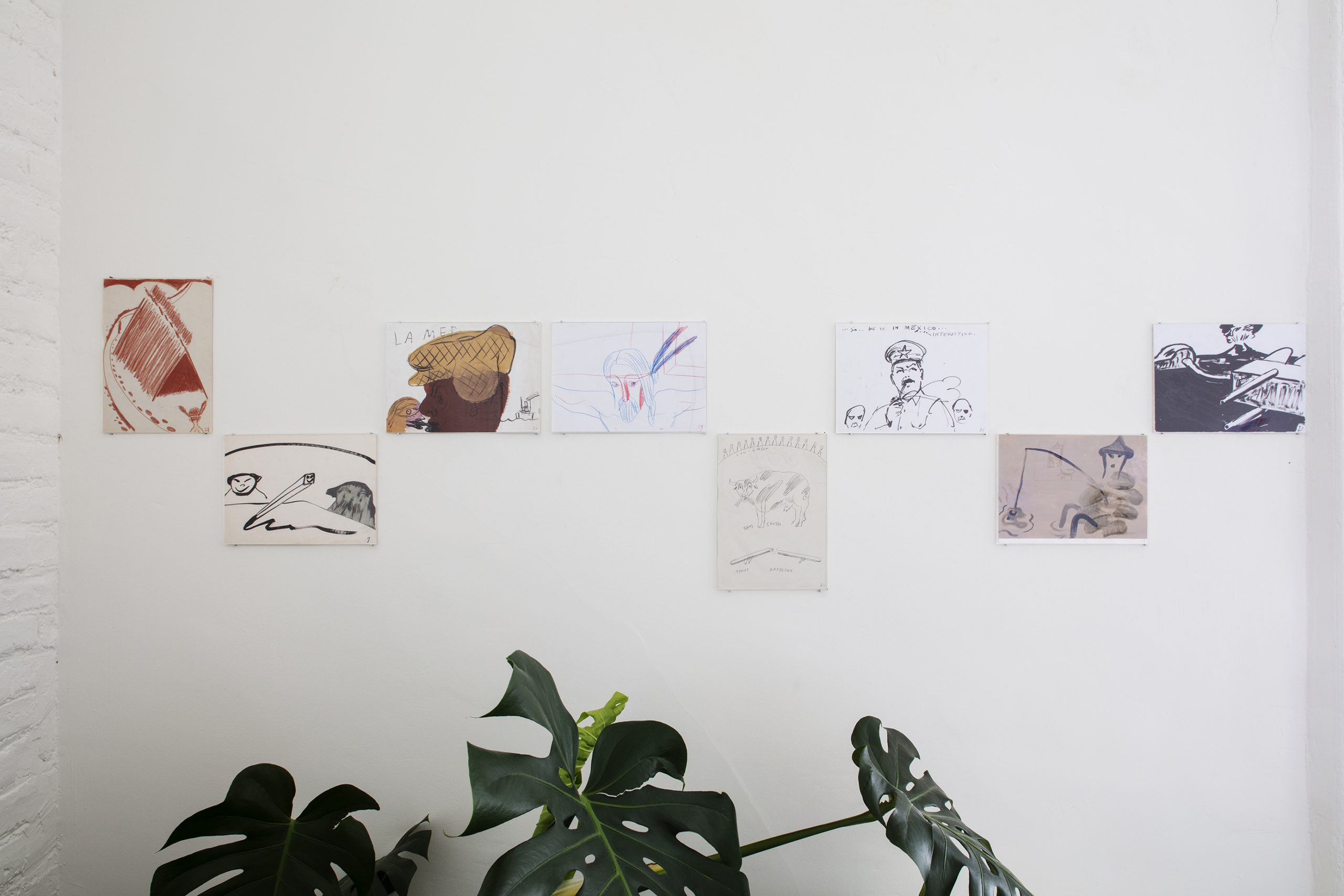 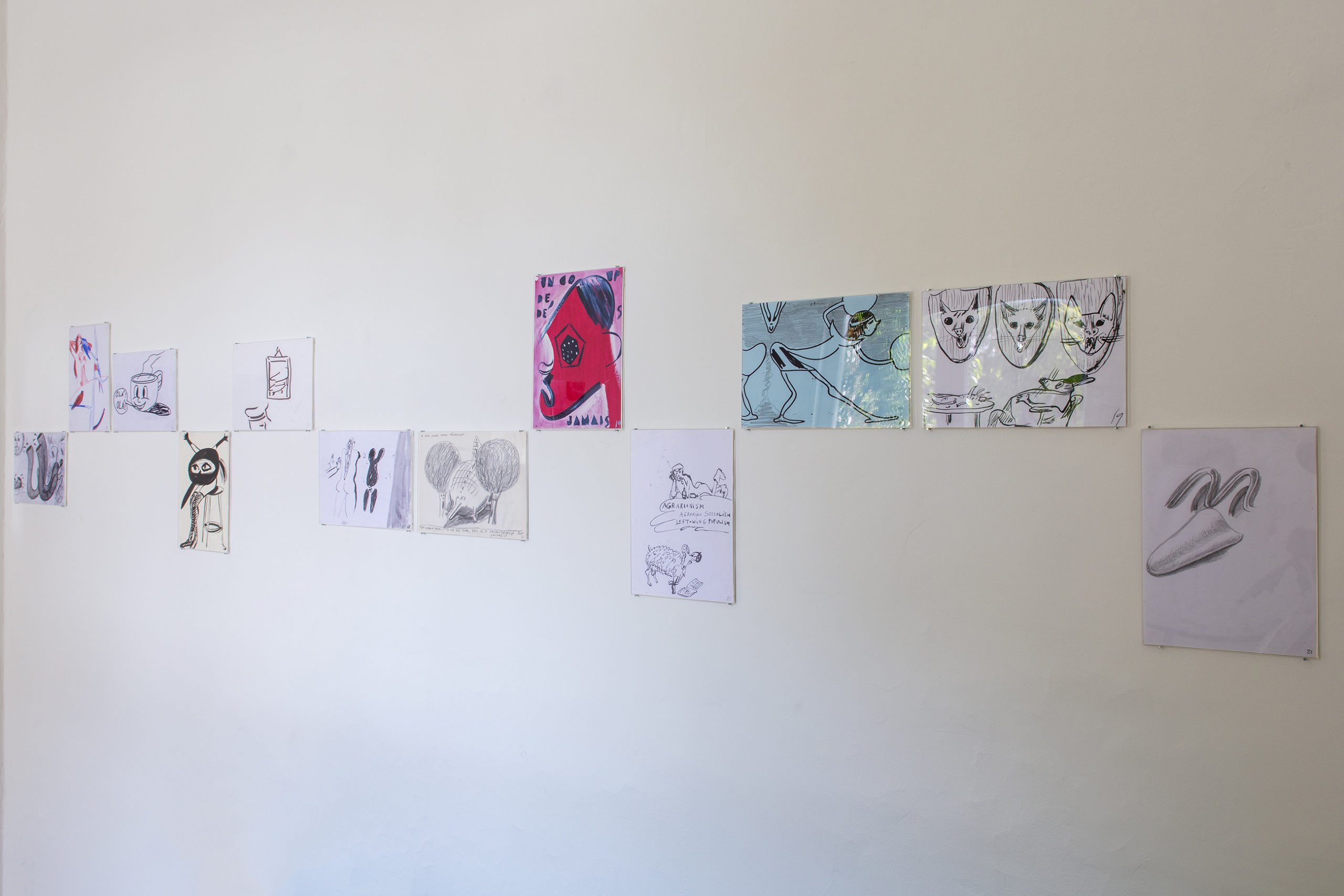 In the eastern slopes of Serra do Bussaco, near the village of Sobral, it is possible to discern over the door of an ancient bunker the following solemn sentence: “Accomplishment is Death”. The bunker, long past over the liberation wars from fascism, is occupied it seems, by a mining cooperative of bearded worker units. P.E.N.A. is its acronym. It means something like “Dig, extract and ponder simultaneously and right now”.

It is the middle of July and is raining cats, rats, frogs and dogs. At the door we are greeted by a “guide” that classifies itself as a body with a vagina (BwV), following the latest trend espoused by The Lancet, the famous medical journal. We naturally refrain from any commentary even if our spirit wonders about the relation that a body with a vagina can have with the mining production of P.E.N.A. and those damn beards. Could it be that this urge for an exact definition for her or his body is a necessary defense against the encyclopedic erosion that is practiced by the bearded miner units? We remain muted about these matters.

In the silence, as we crossed the threshold into what seemed to be a lararium, we noticed that BwV started glowing in awesomeness. Its voice changed as it put on a multi-horned hat: a strange mix between Mesopotamian frolics and a serious lack of oxygen. It was the famous “melammu”, the sole condition for true understanding.

As we progressed into the deep with care not to be distracted by the occasional crunch from fallen critters under our boots, the guide instructs and amuses us with its very personal insights about the representations drawn on the walls. I start to grasp in my understanding well beyond my blinded vision, the fact that these drawings are indeed woven into a kind of thesaurus. This siren’s song is directed into my conceptual lenses with procedures woven outside rules.

A part of me steps back in disgust. This smells like a libertine reworking of the cavern myth. As reflex I avidly grab my Plato, my Jove, my Peter and Paul under my pants and think to myself… “Ay, Julio, Julio… what a wonderful world”

In the heart of darkness there is a library, loads of books and magazines, recamiers and silvery wigs. Gradually our guide vanishes. The visit is now conducted by “electricity” and “incandescent lights” of every color and intensity. Comments are useless. Drawings were there by the thousands, organized by hashtags, hairstyles and bearded motives. Each drawing suggesting an alternative to another in a multiverse of different polities possible. So many other worlds at our reach, they tell us. The “melammu” throws us into the clear. We are now in the realm of divination.

At the center of the grotto a dozen of half-naked bearded bodies toddle in a round-dance hand-in-shoulder, singing-in-bliss like drunk janissaries. A disgraceful praxinoscope! “This is P.E.N.A.! fuck etymology, fuck grammar, fuck capital.”

Trained as a painter, Pena holds a PhD in Communication Sciences and has done extensive research on design theory and metadesign. After a distinguished career in editorial illustration for major Portuguese newspapers and magazines during the 1990s, Pena began to show his work more regularly as a visual artist from the mid-2000s onwards.

Since 2014, Mousse publishing house has published his graphic work in monographic volumes edited by João Maria Gusmão and Pedro Paiva.