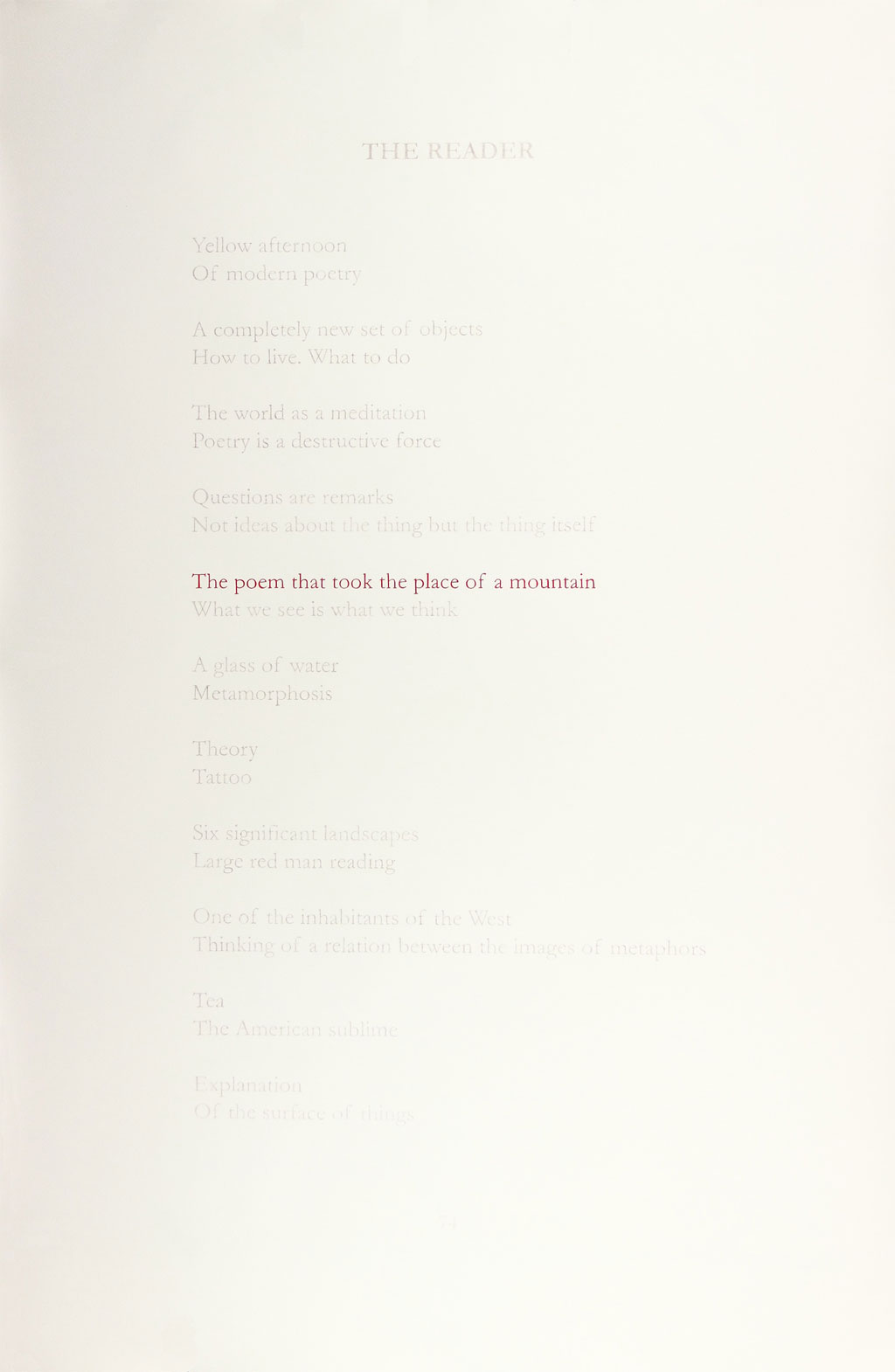 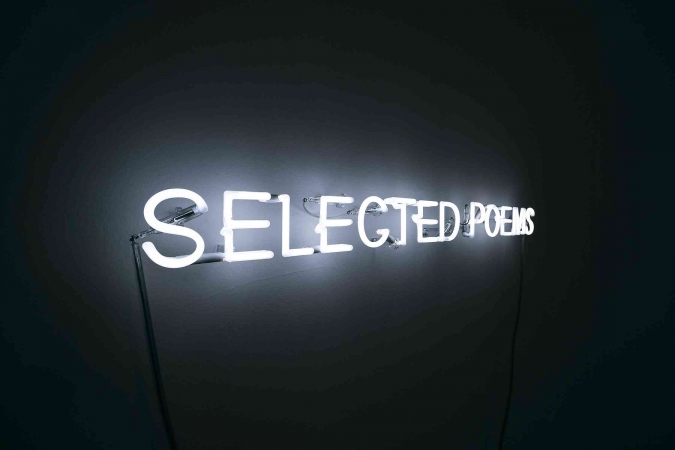 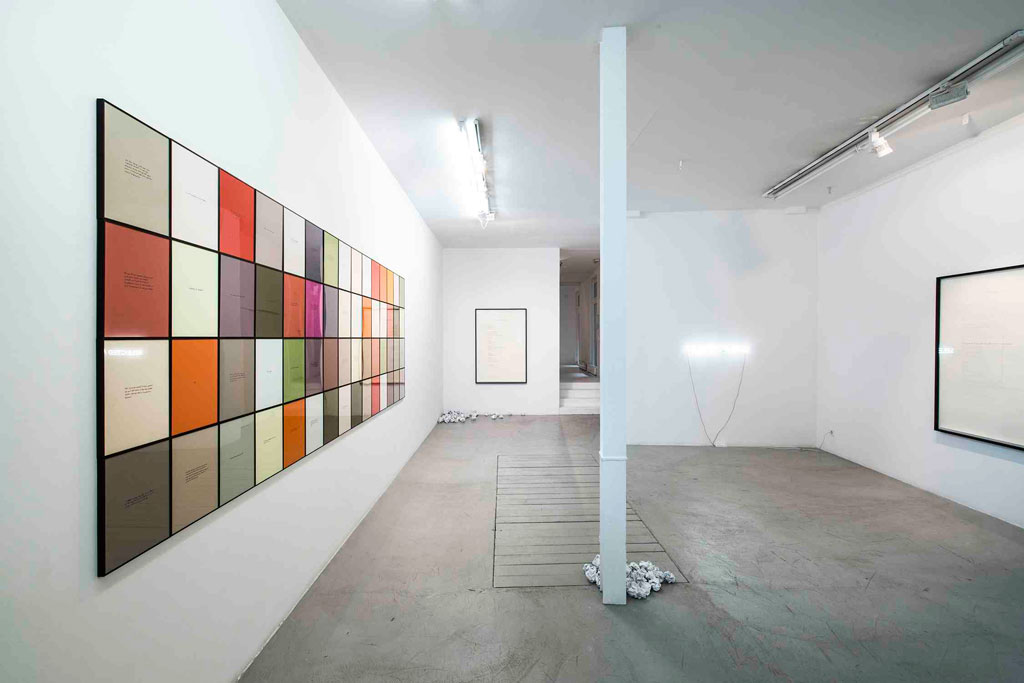 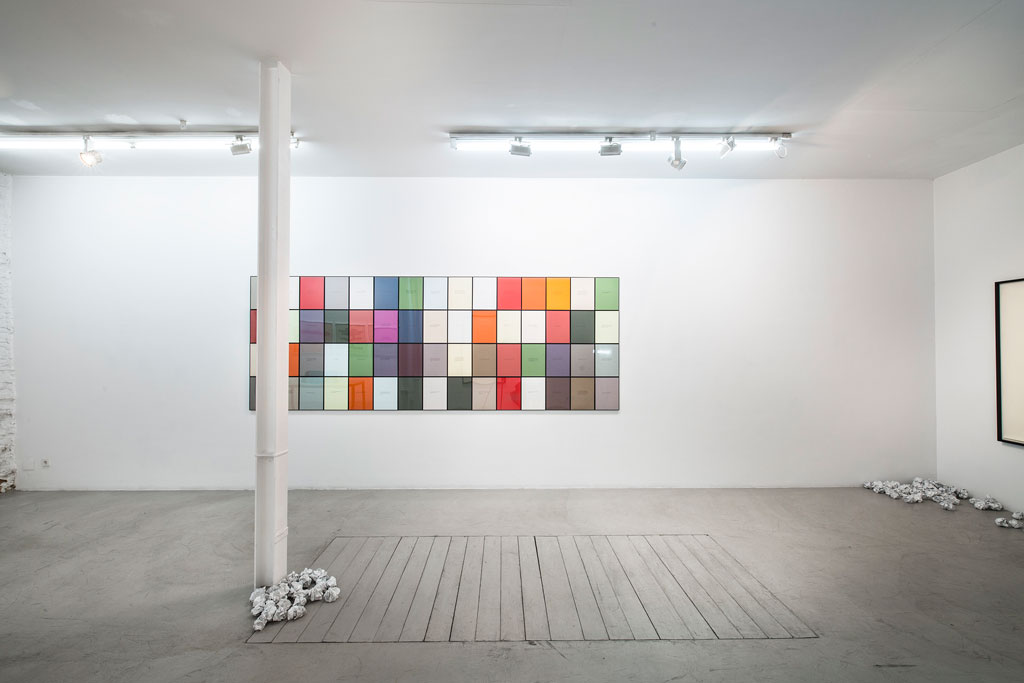 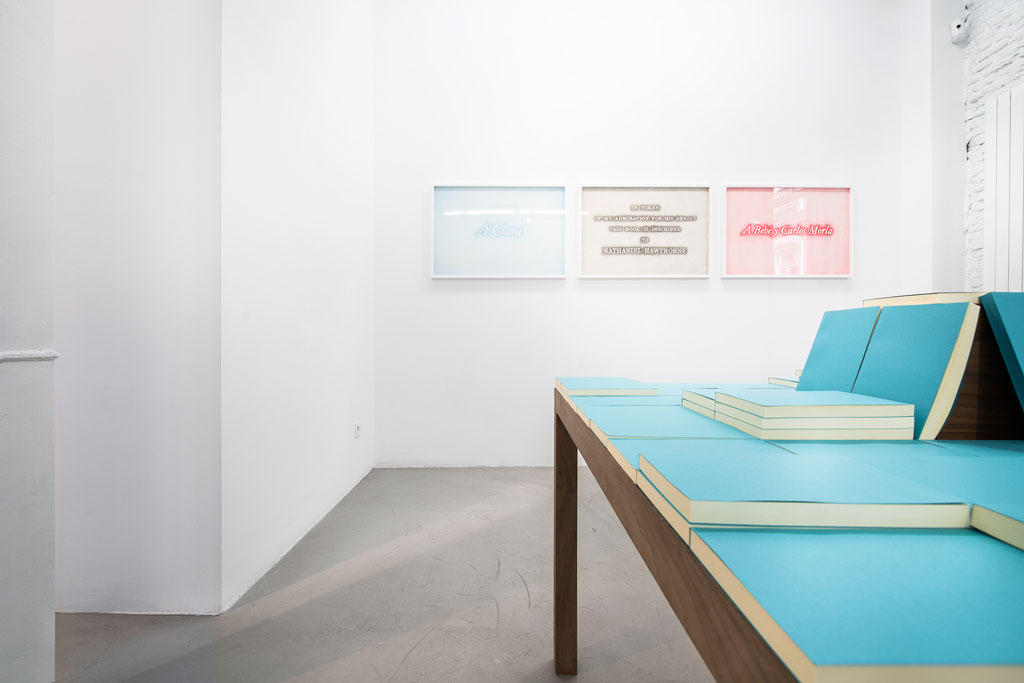 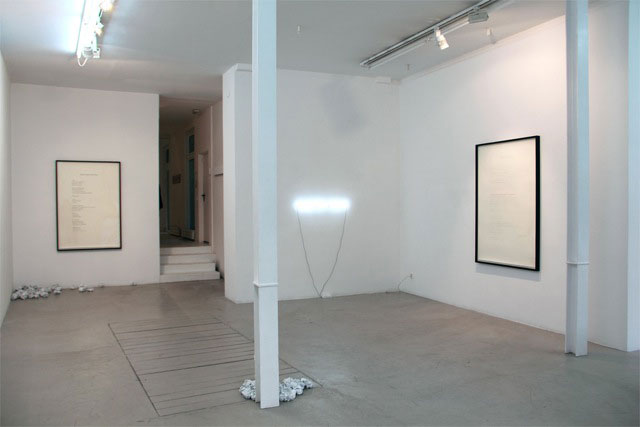 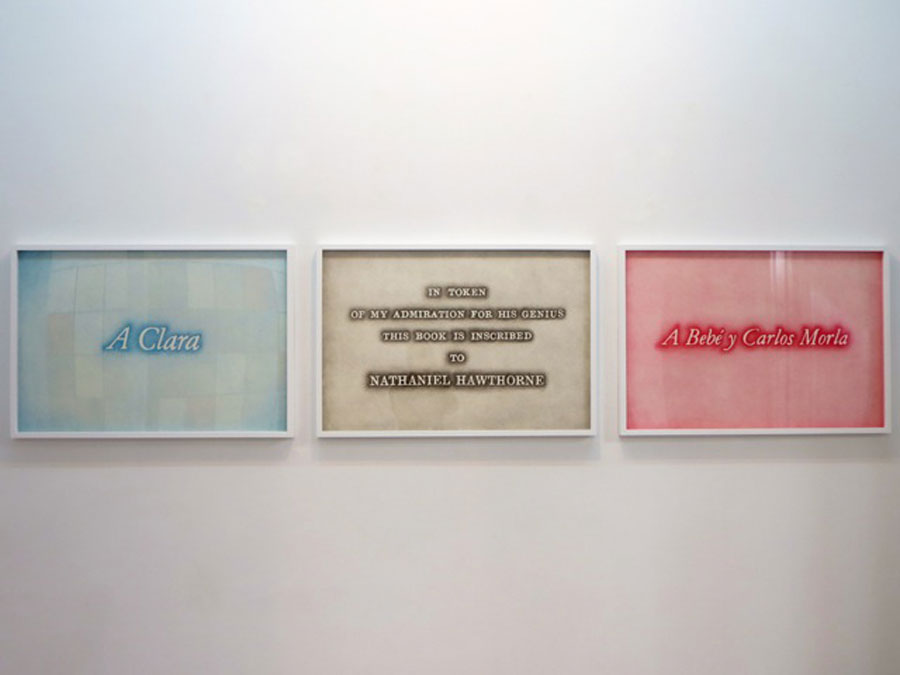 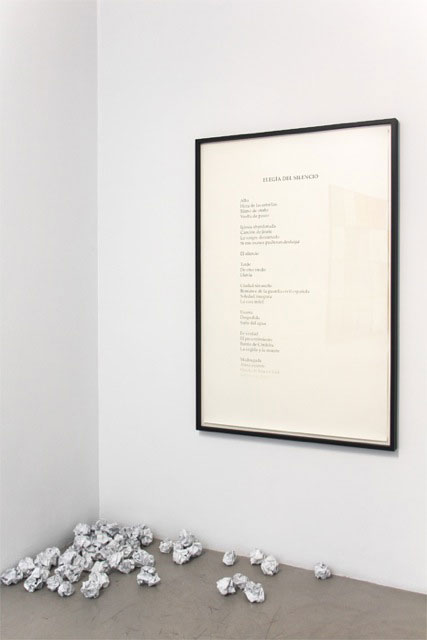 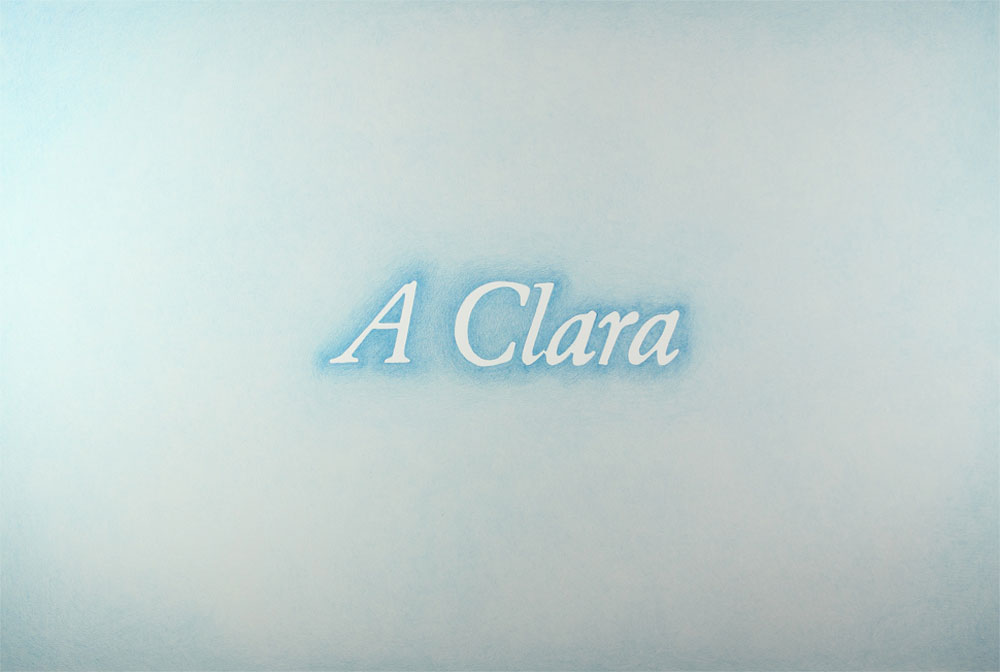 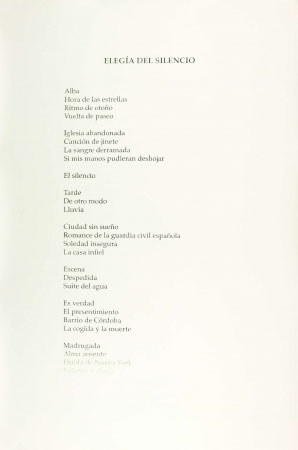 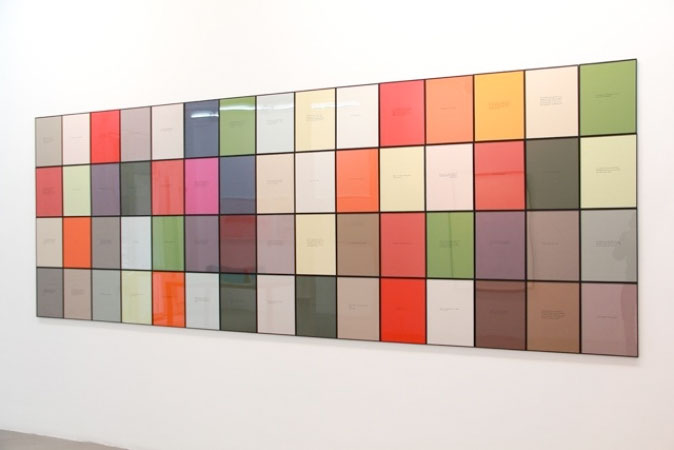 In the second solo exhibition of Jorge Méndez Blake at Travesia Cuatro, he presents a work subjected again to the literary context.

However, this time instead of focusing his work on a formal and conceptual study of an author or an specific work of art, it focuses on the margins around the main text.
Méndez Blake dissects the elements of the book: The title, the dedication, the end of the book, the layout, the distribution. And from these elements, he provokes a change in the objectivity of the experience. These are works that expand events, considered marginal in their origins, when considering a book.

One of the drawings of the exhibition reads in big letters, centered on a blue background, “A Clara ” (To Clara). The artist extracts this dedication from El llano en llamas by Juan Rulfo, and transforms it into an autonomous text. The isolation of these words makes writing an individual presence by itself. They exist on their own. Each letter or sign integrating the text holds up a whole world behind that name. They are names and meanings exiled from their origin. This exile is a constant in each one of the works exhibited.

In Index (García Lorca), Méndez Blake selects titles from García Lorca’s poems and composes a poem from the appropriation of a marginal element as the title. It might look as if Jorge Méndez Blake performs a simple game of substitutions but as Jacques Derrida asserted “the substitute does not replace anything that somehow has preexisted” … “the center has no natural place, not a fixed location, but a function, a kind of non place where substitutions are represented to infinity.”

Jorge Méndez Blake not only insists on offering a purely formal view of the margins of the book but with this poetic game achieves to reconsider the philosophical concepts of being and translation. Of interpretation and subjectivity, of primal and limits.