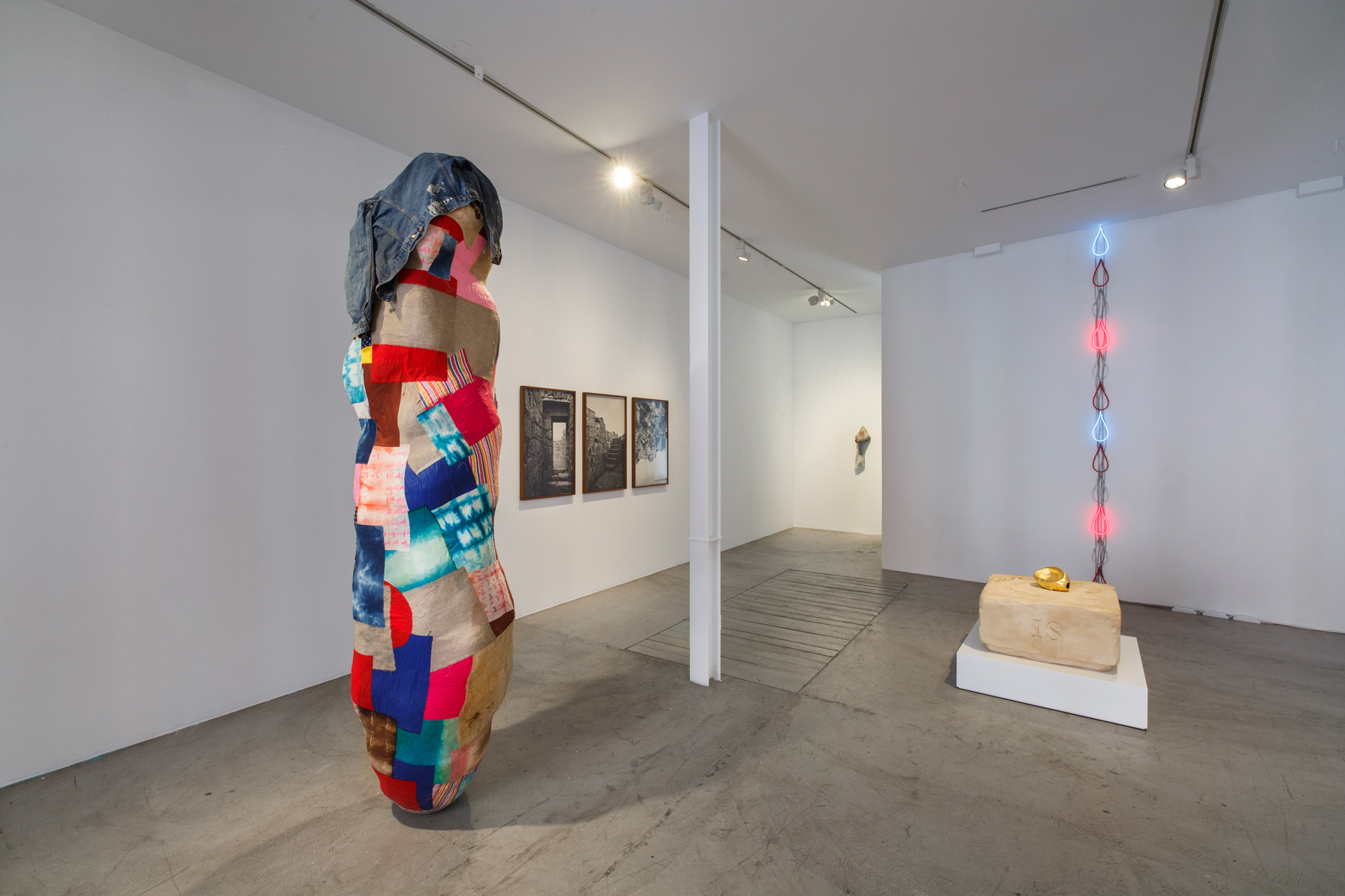 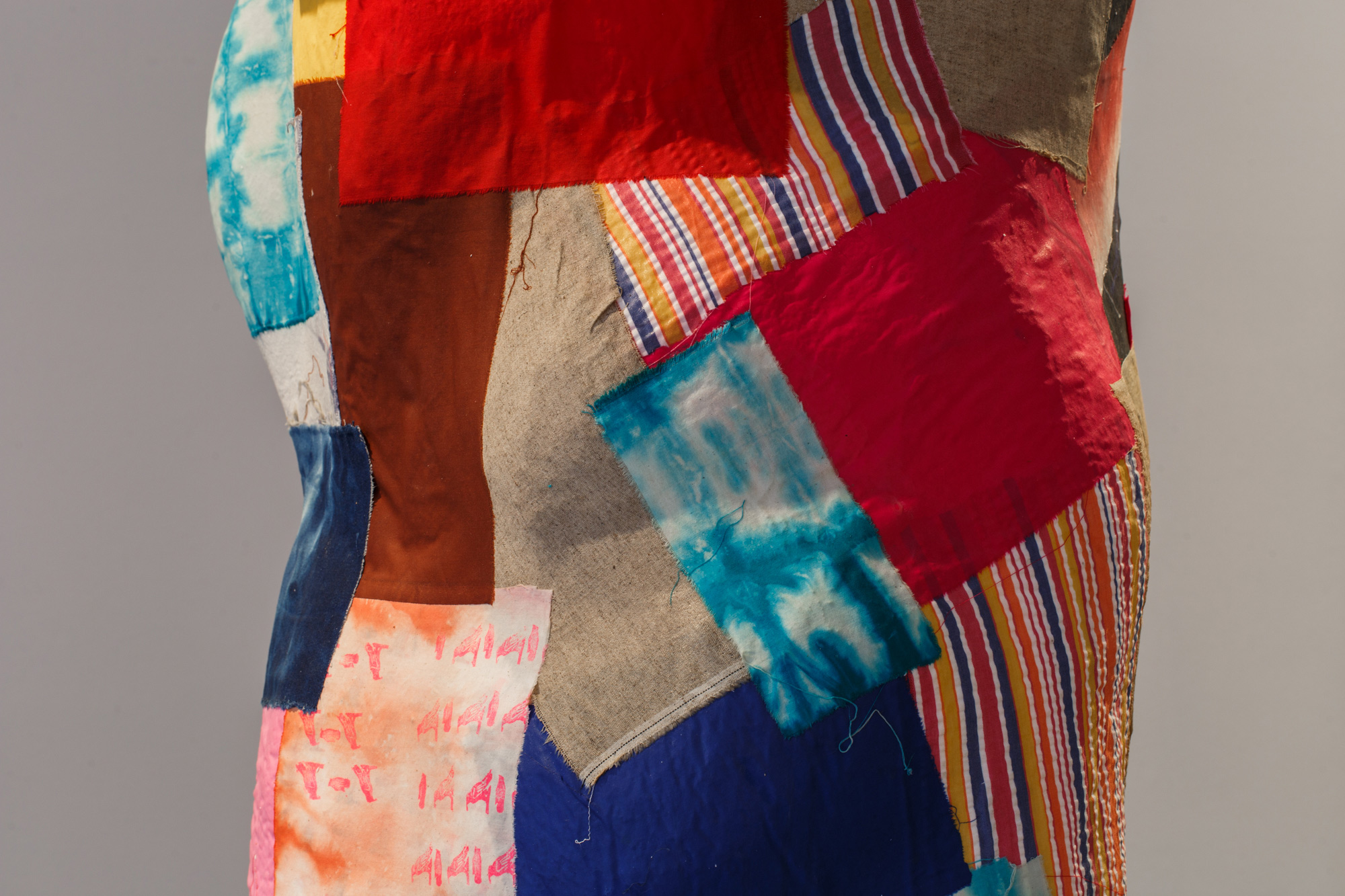 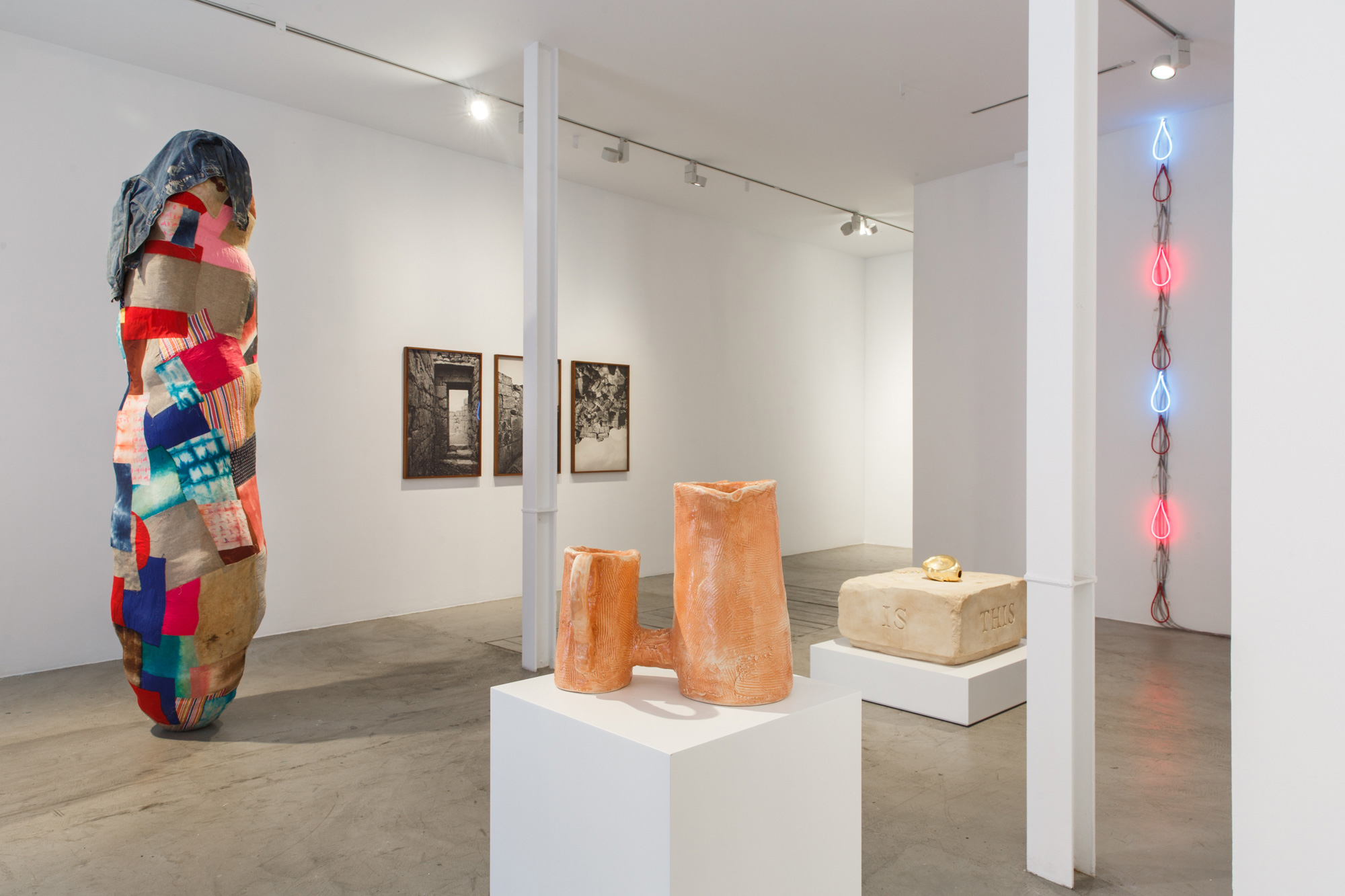 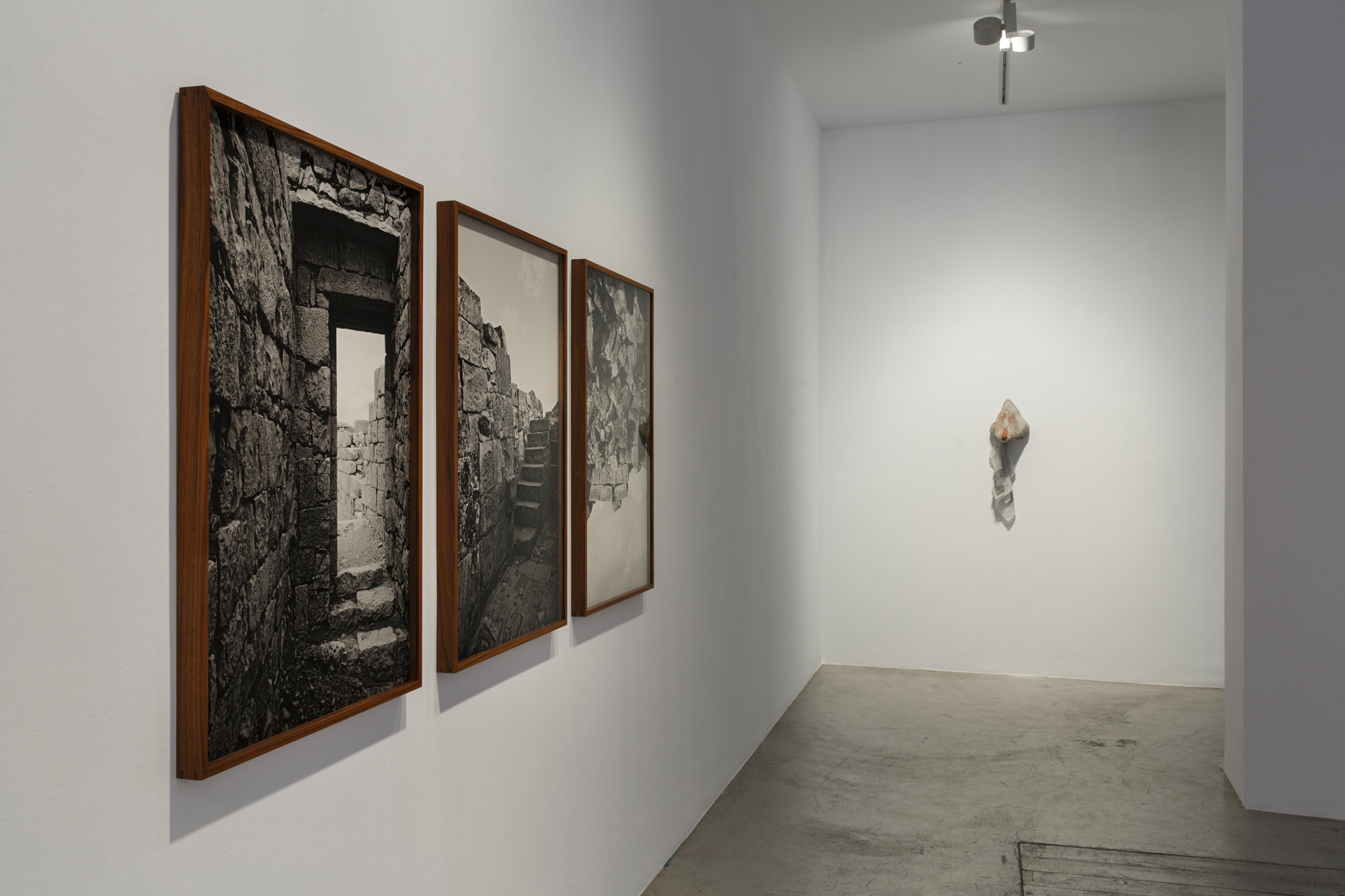 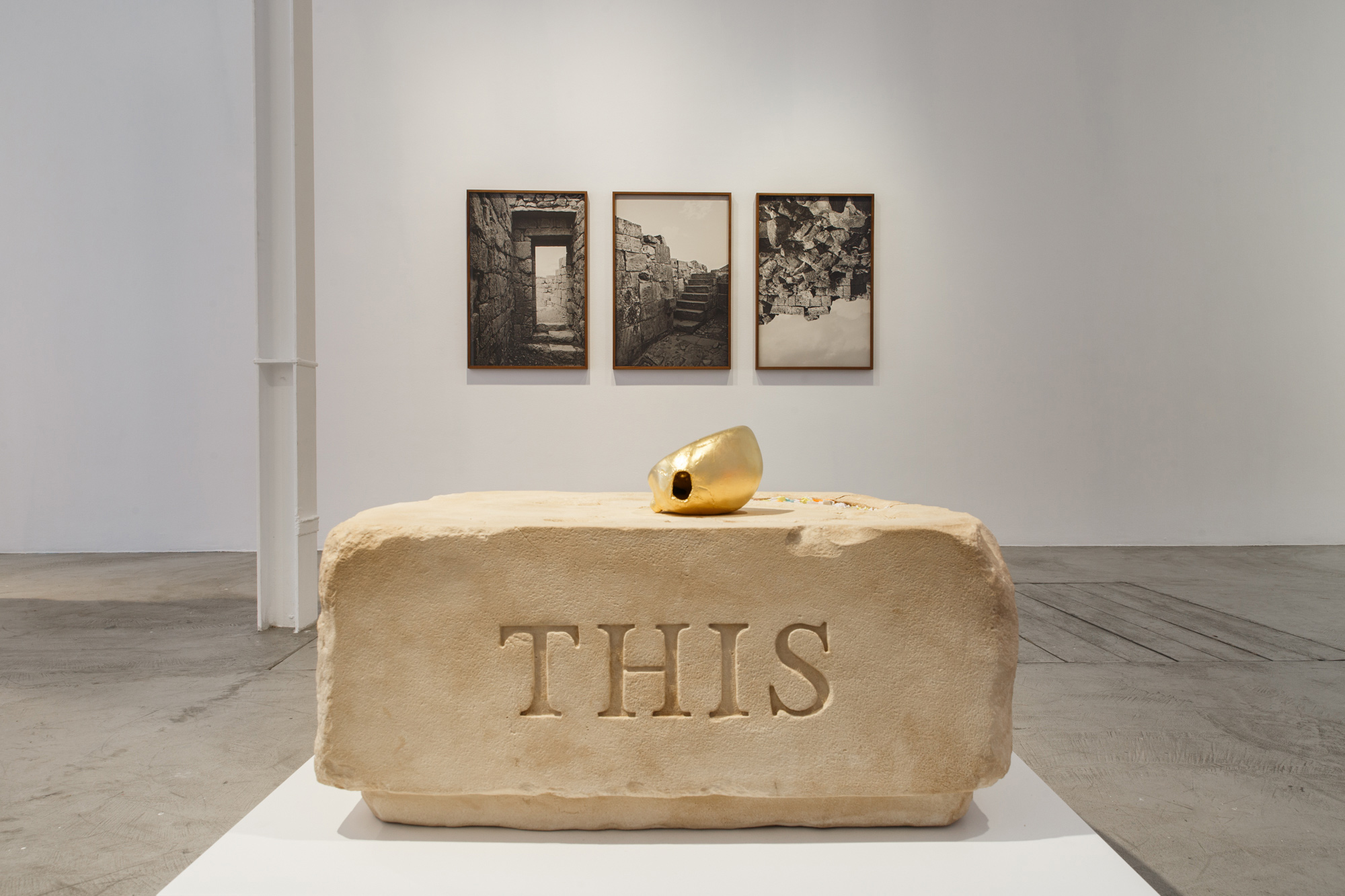 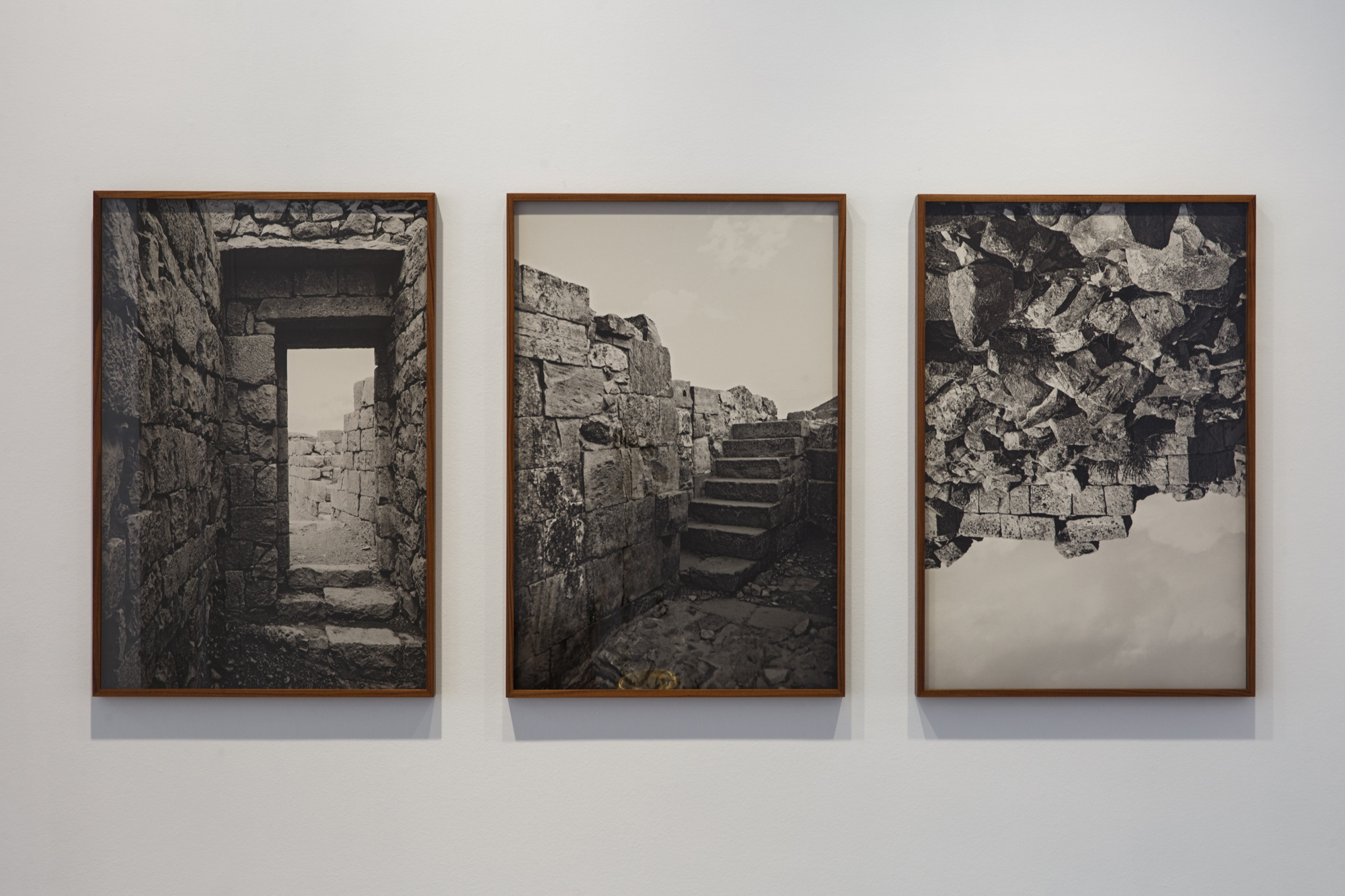 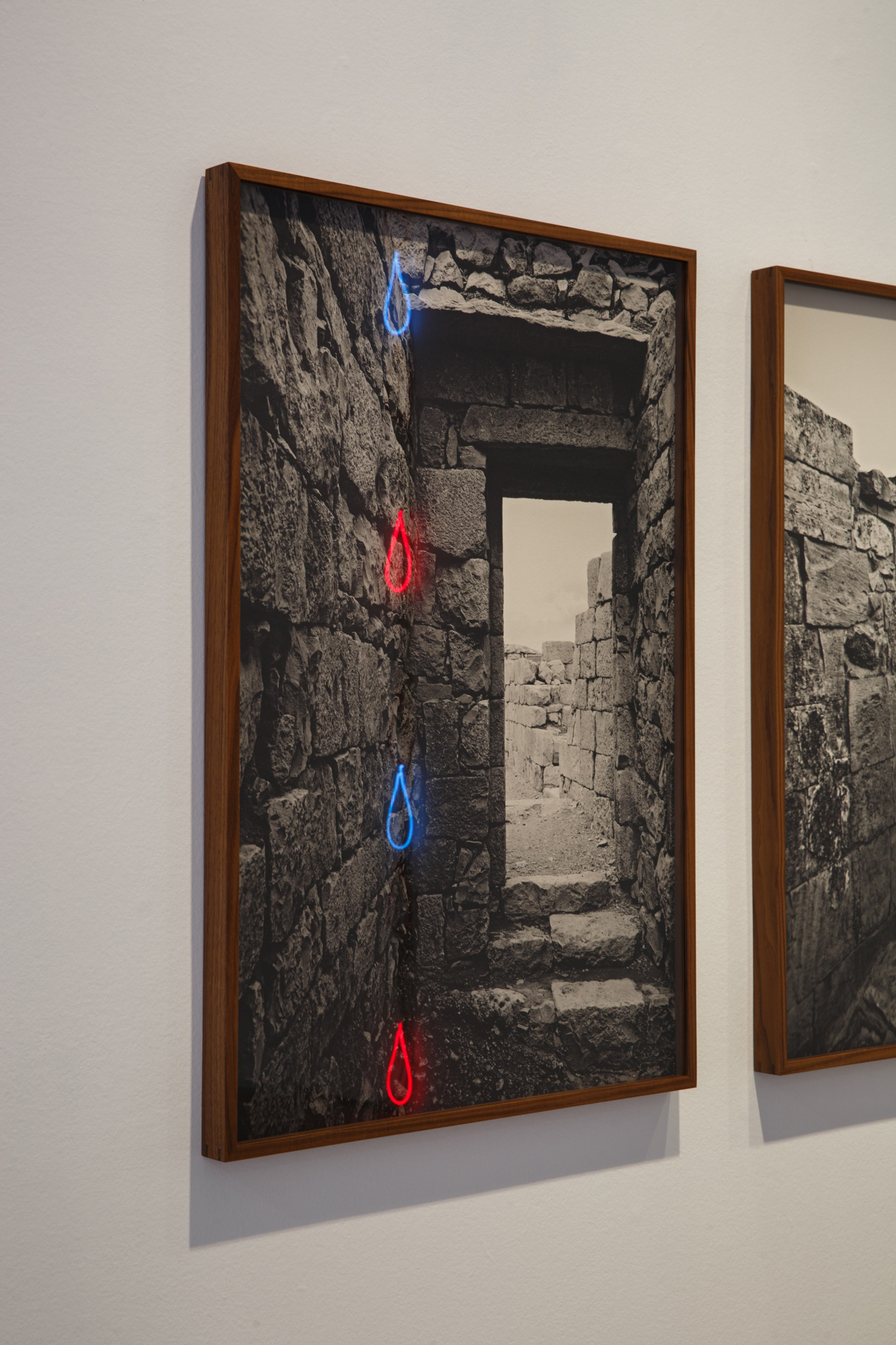 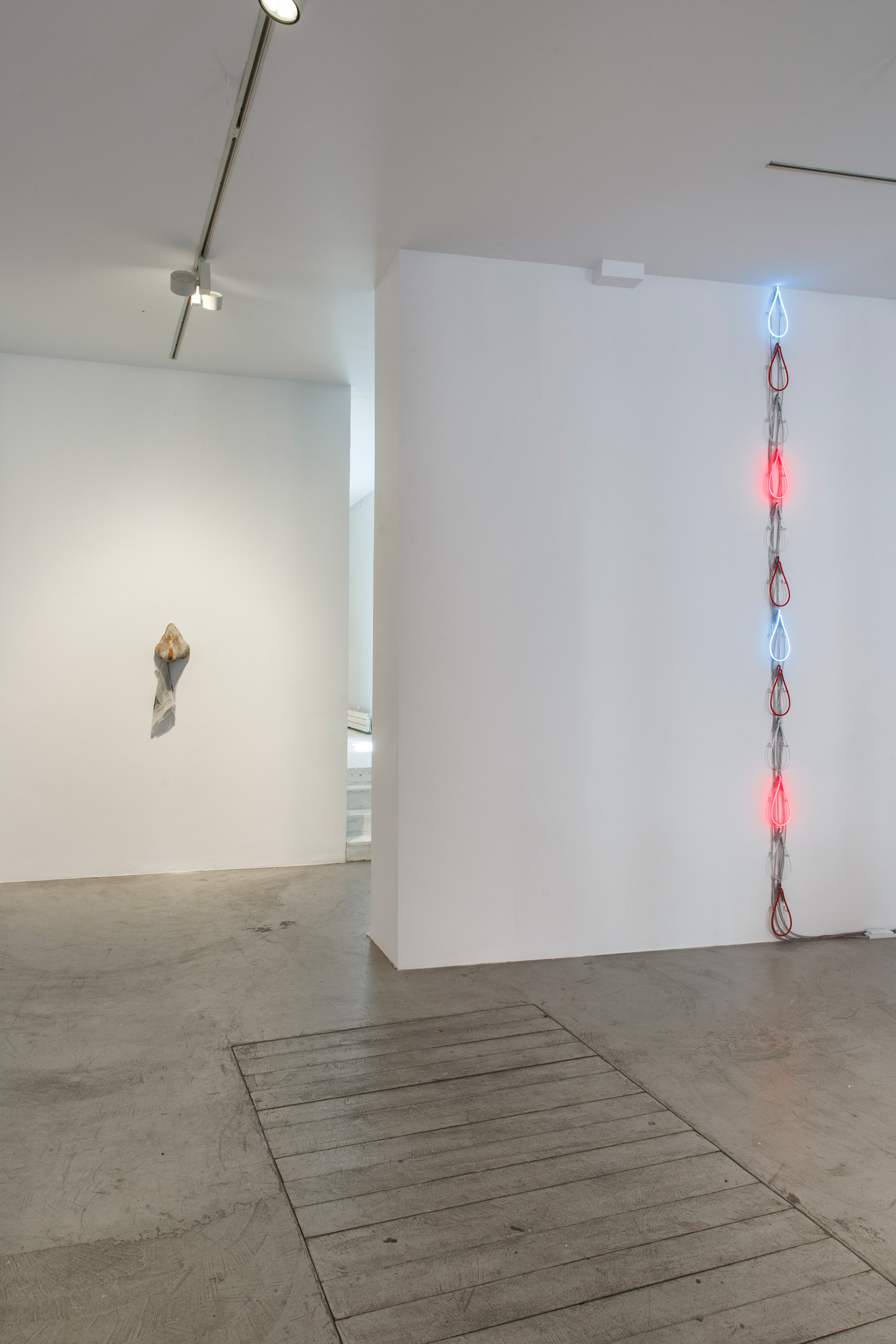 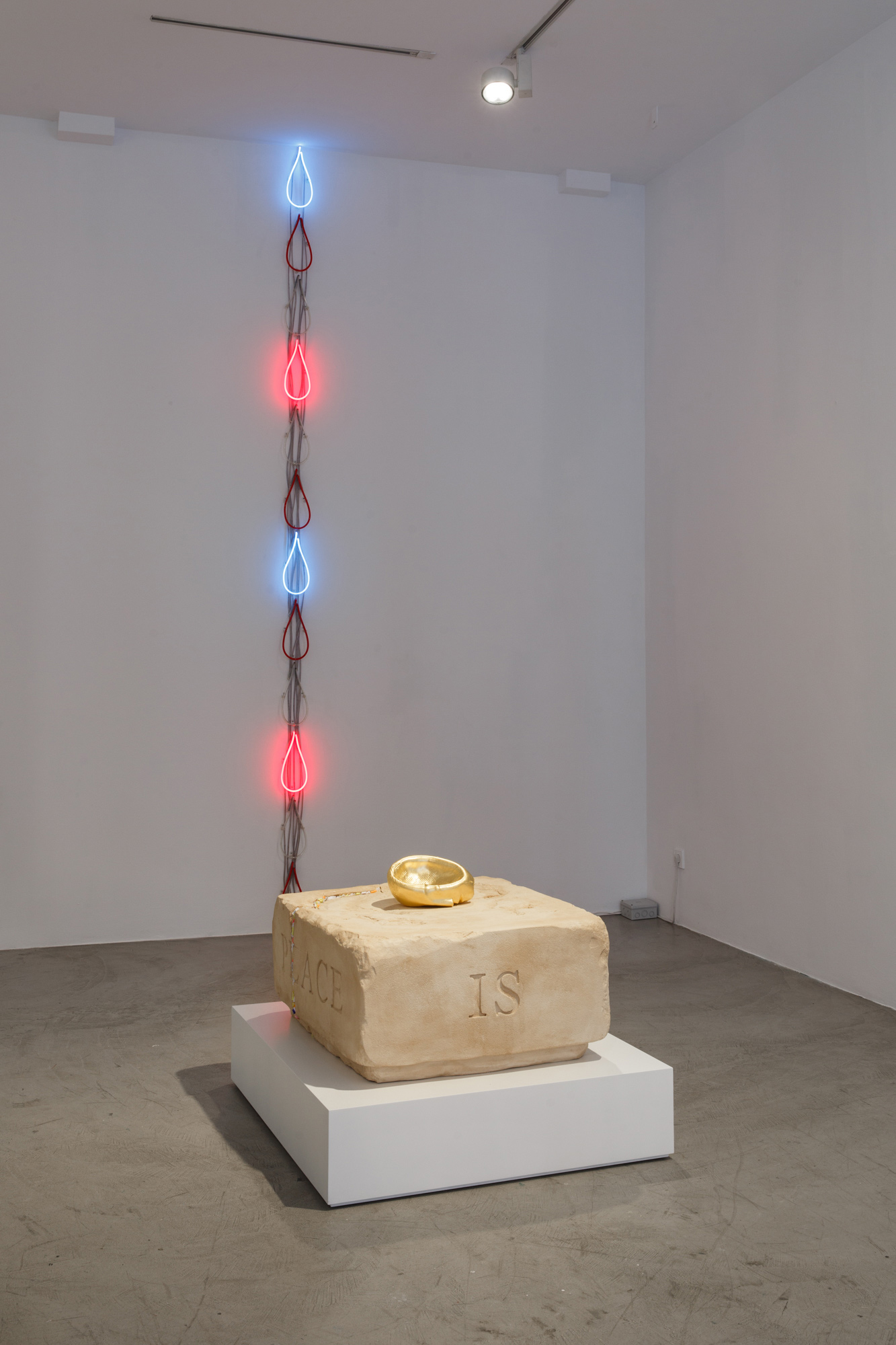 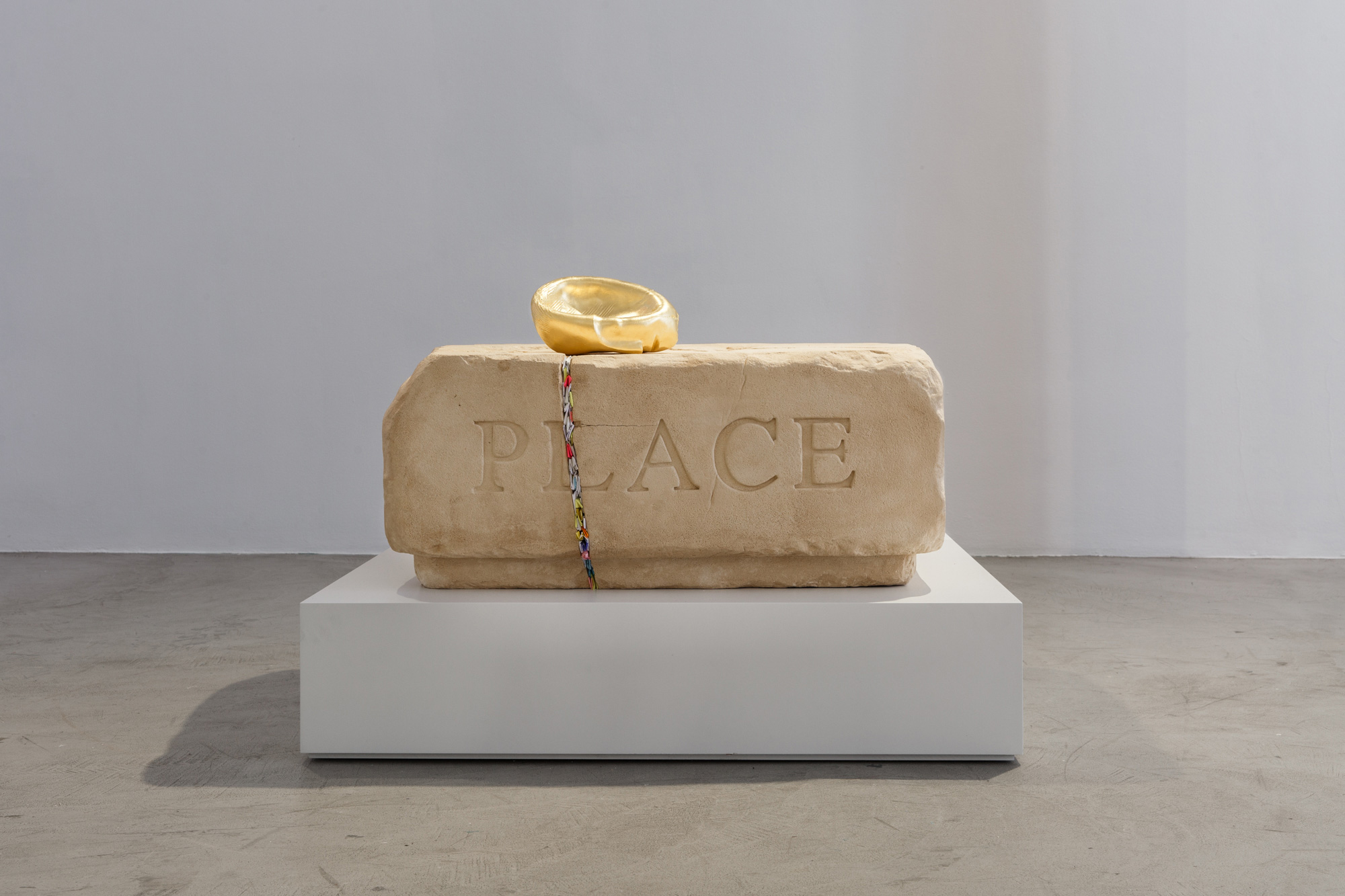 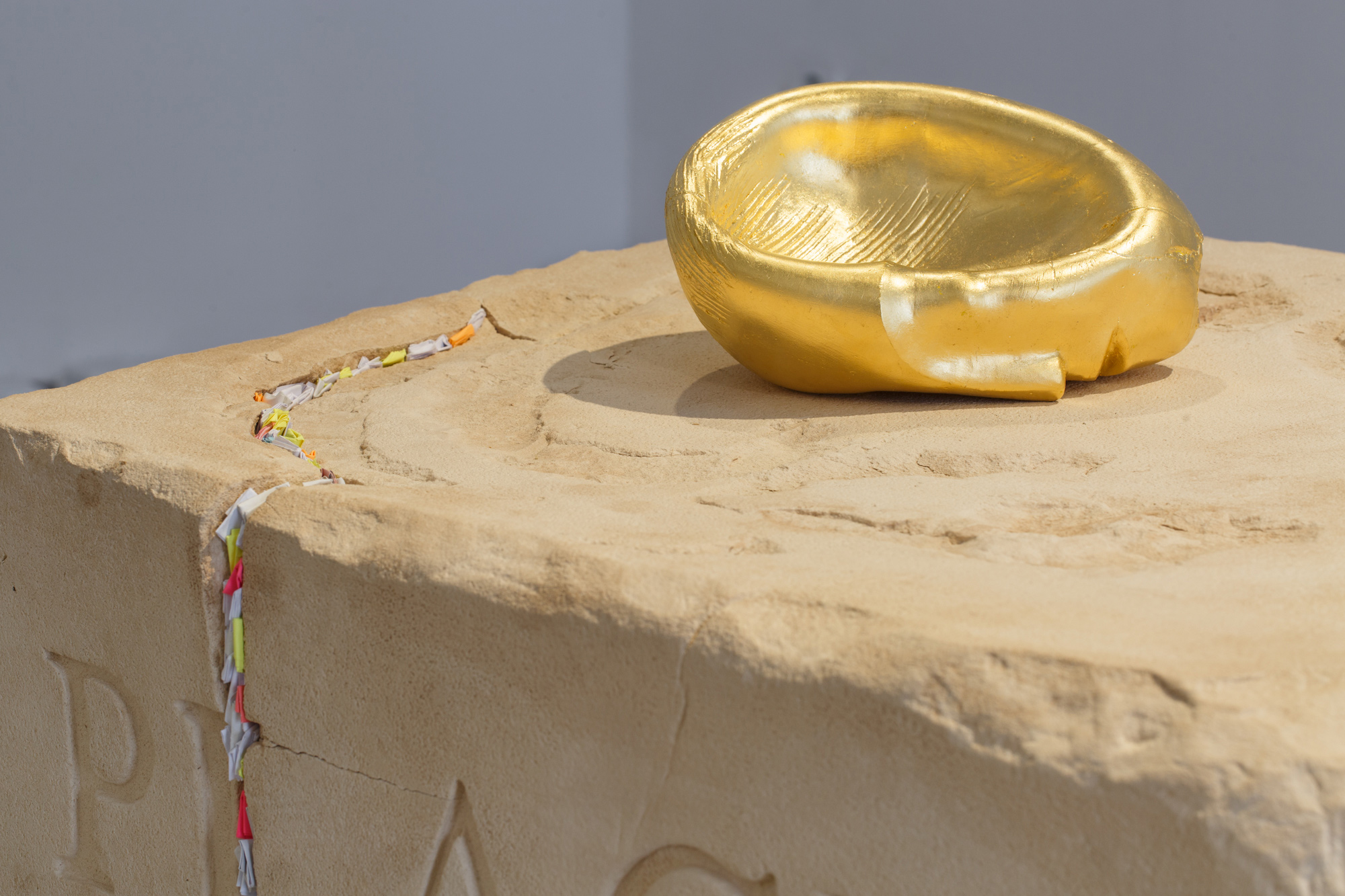 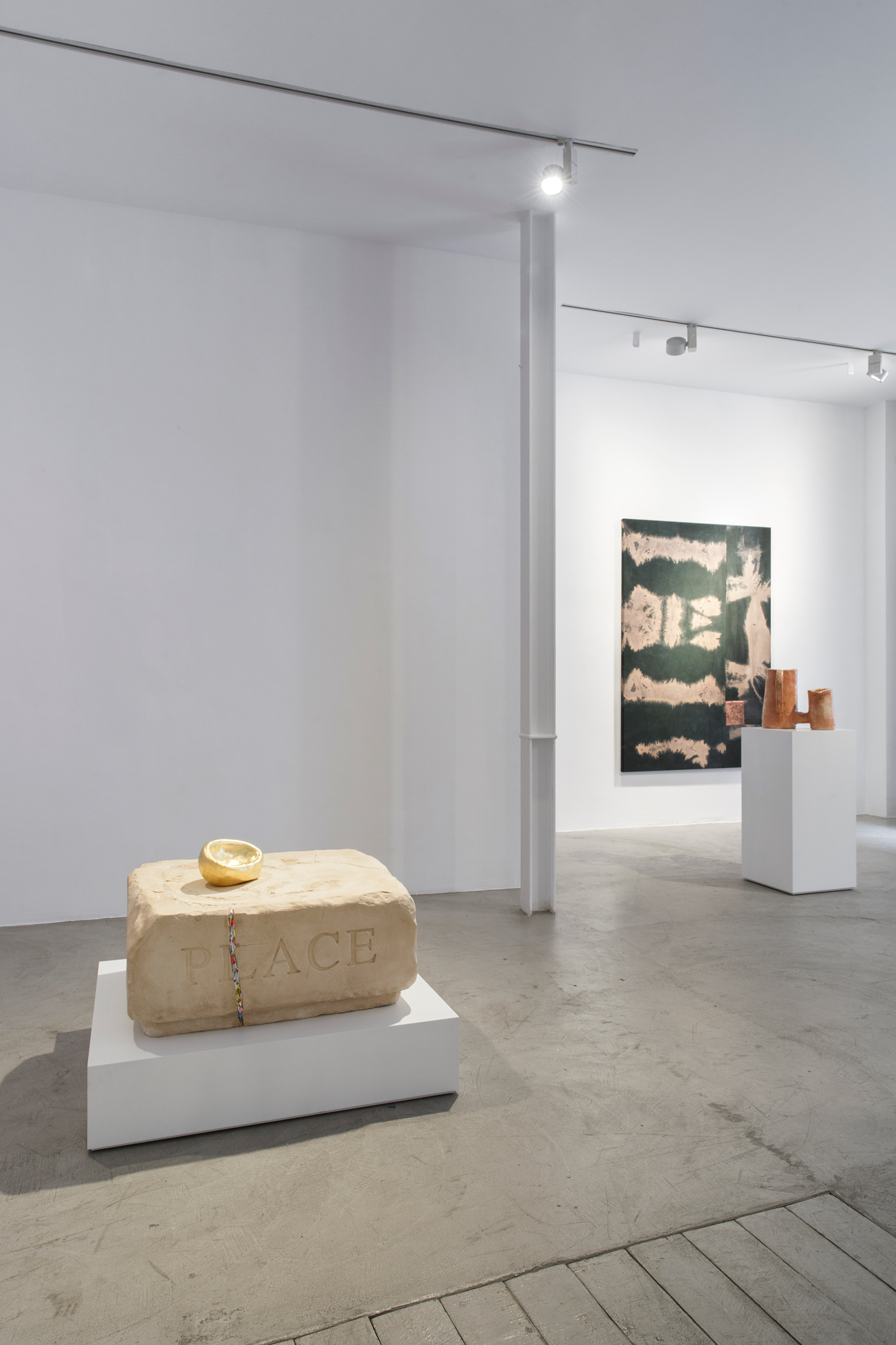 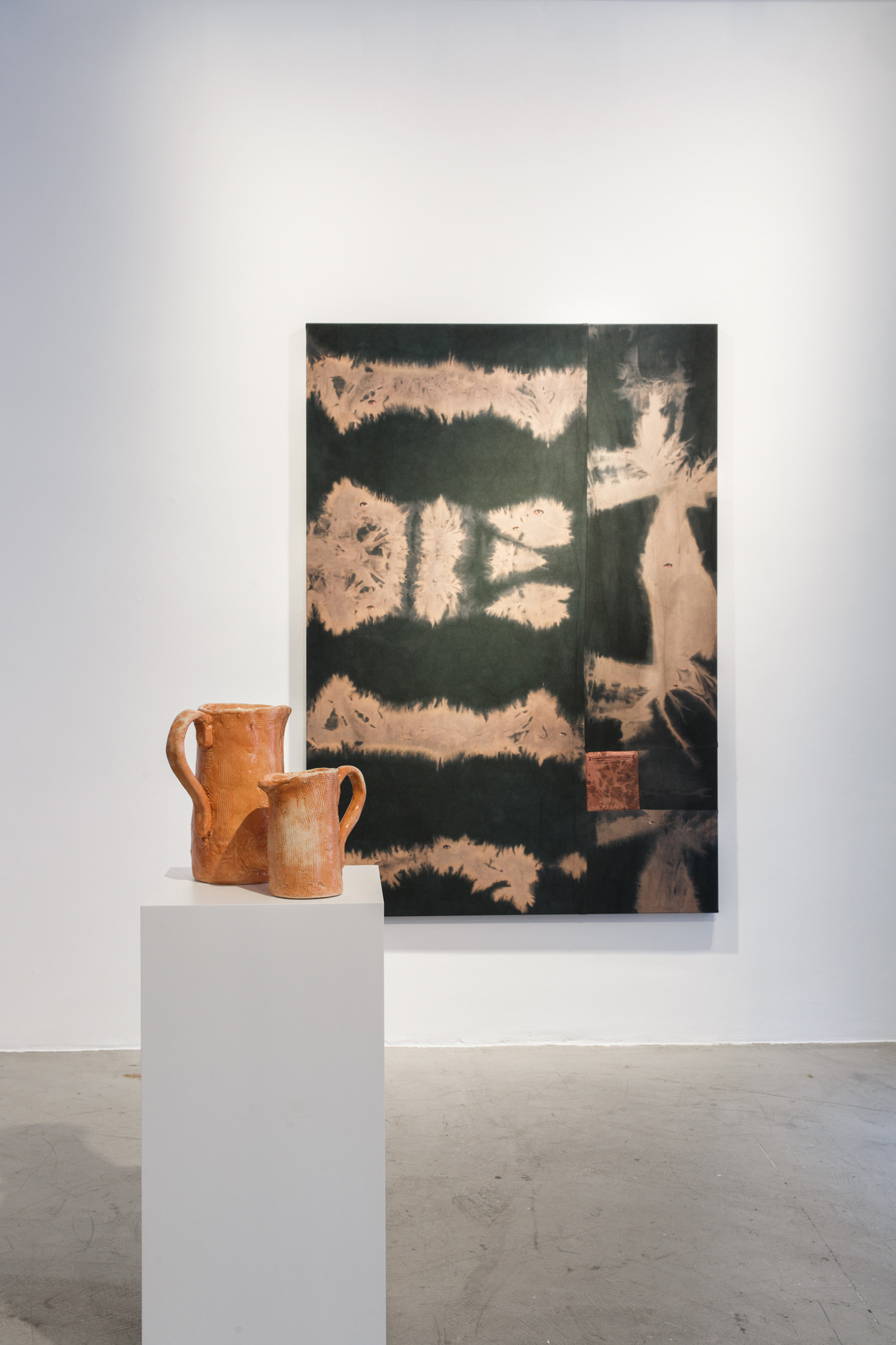 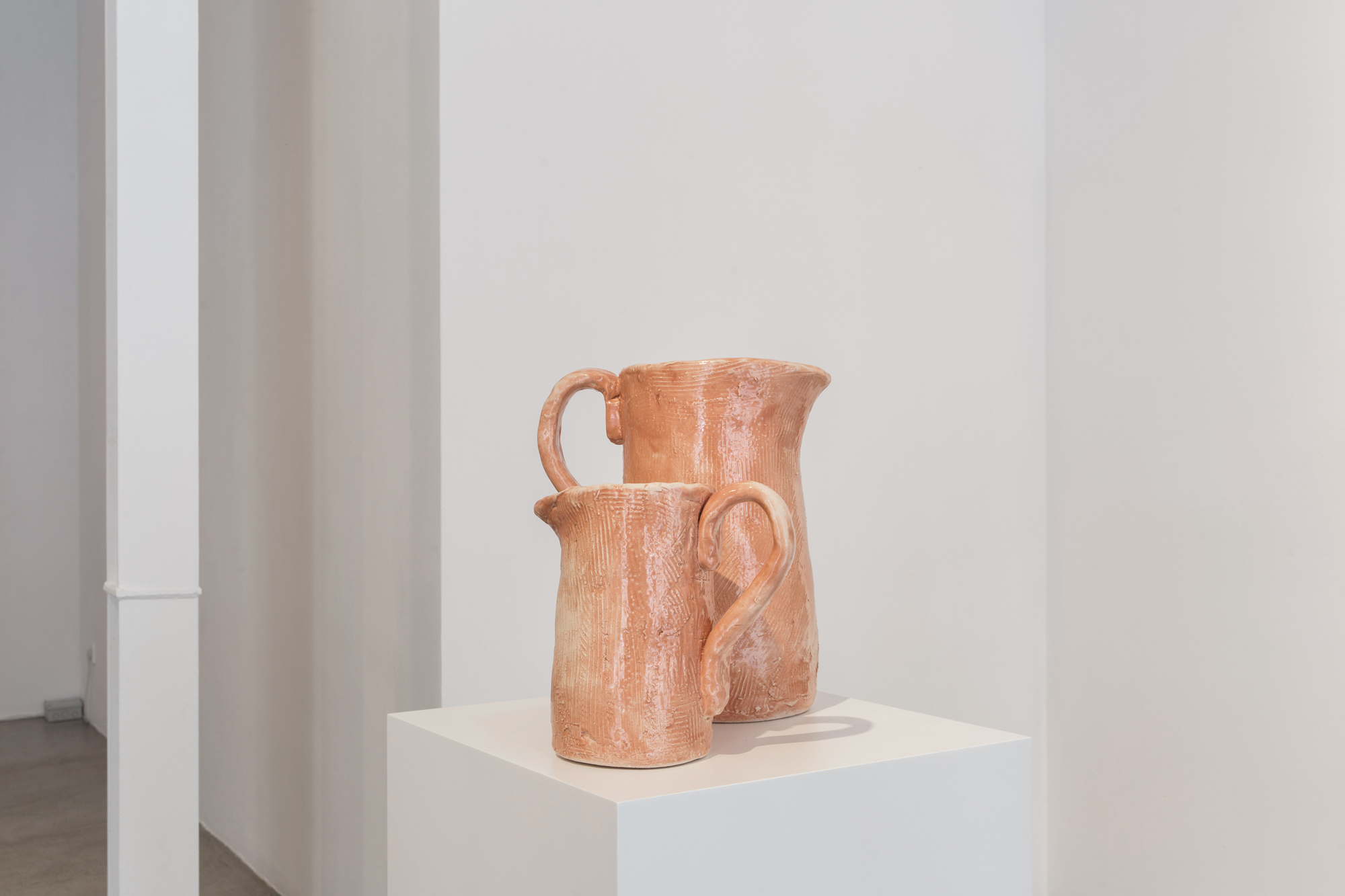 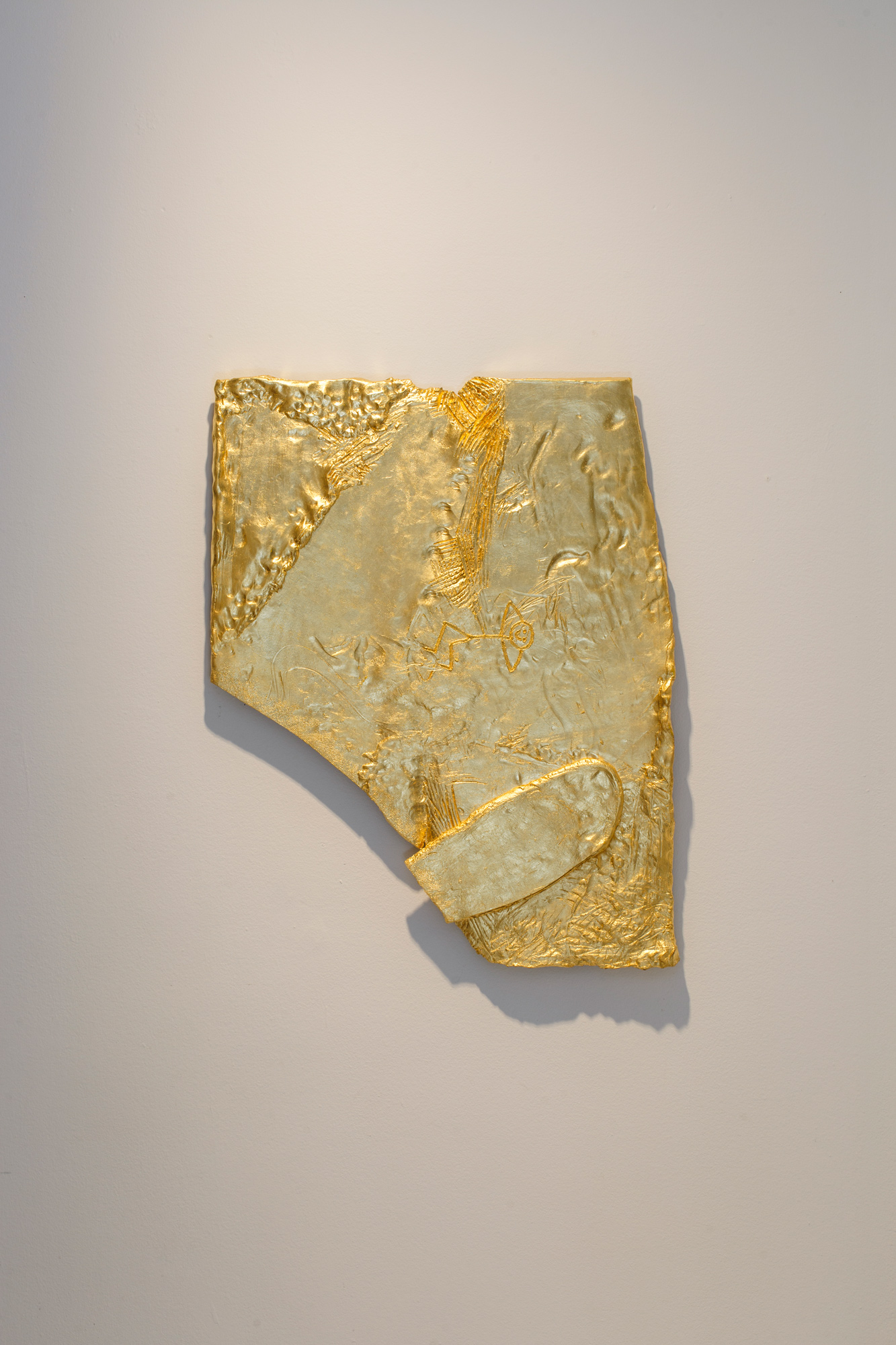 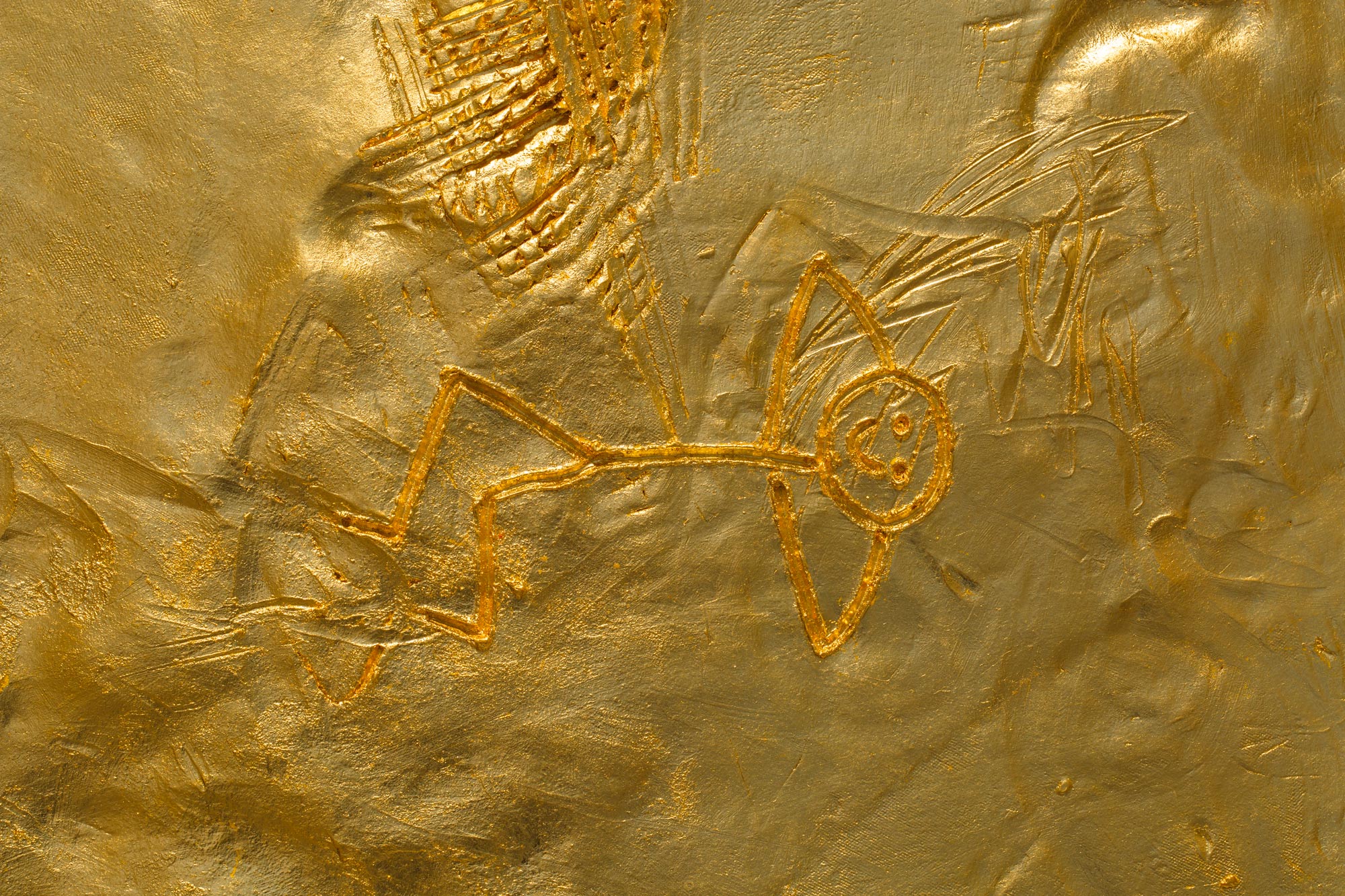 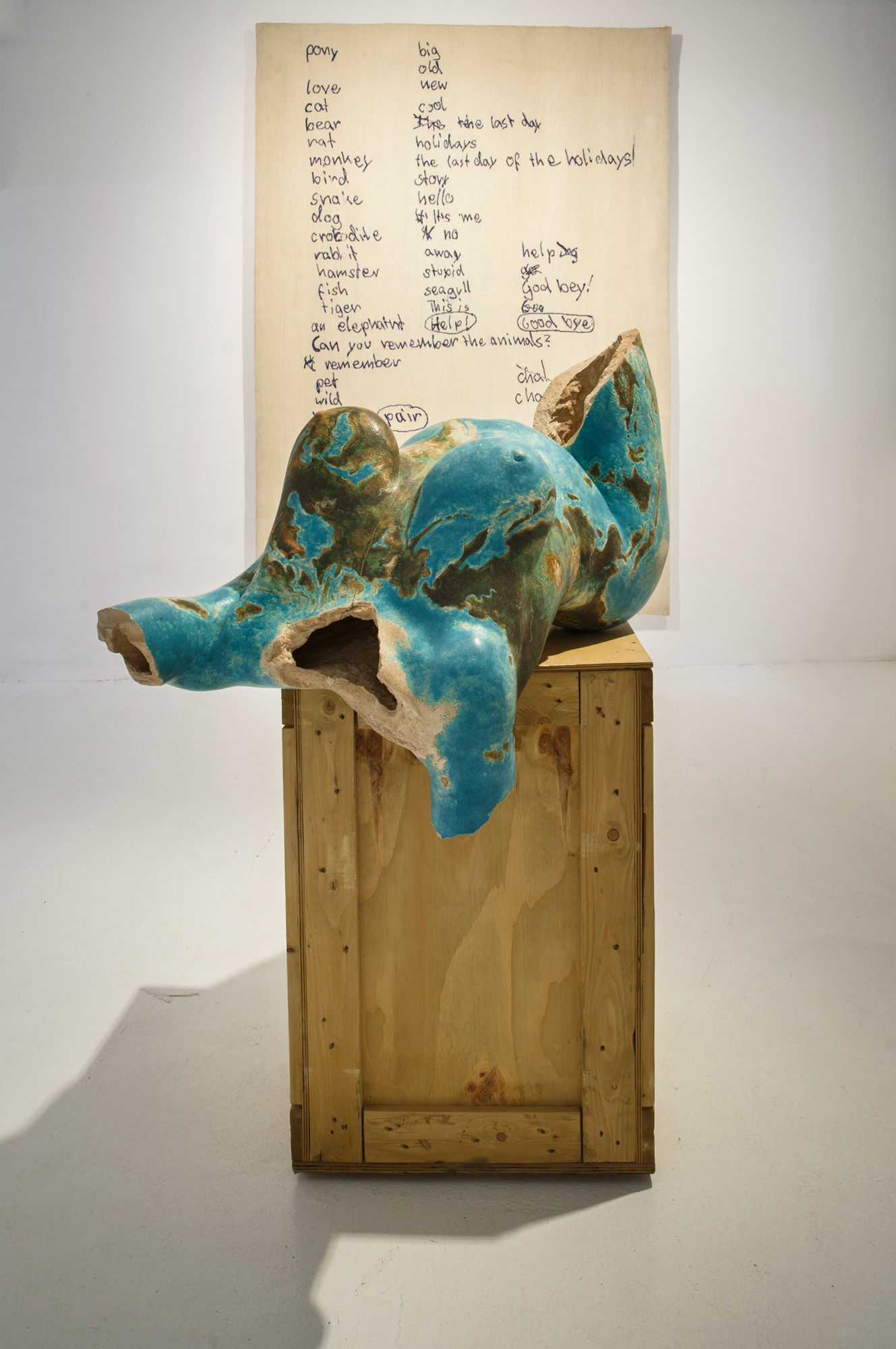 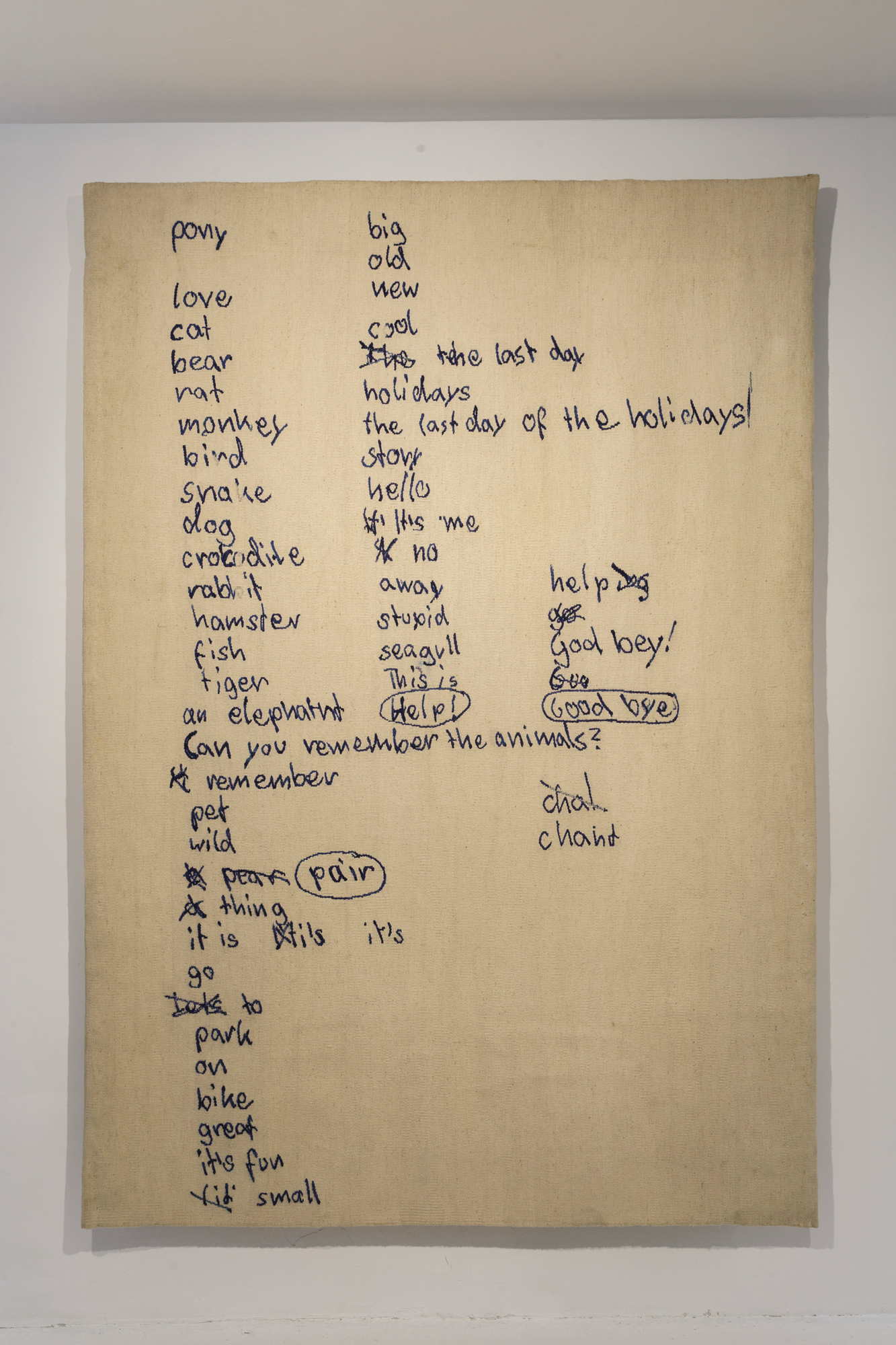 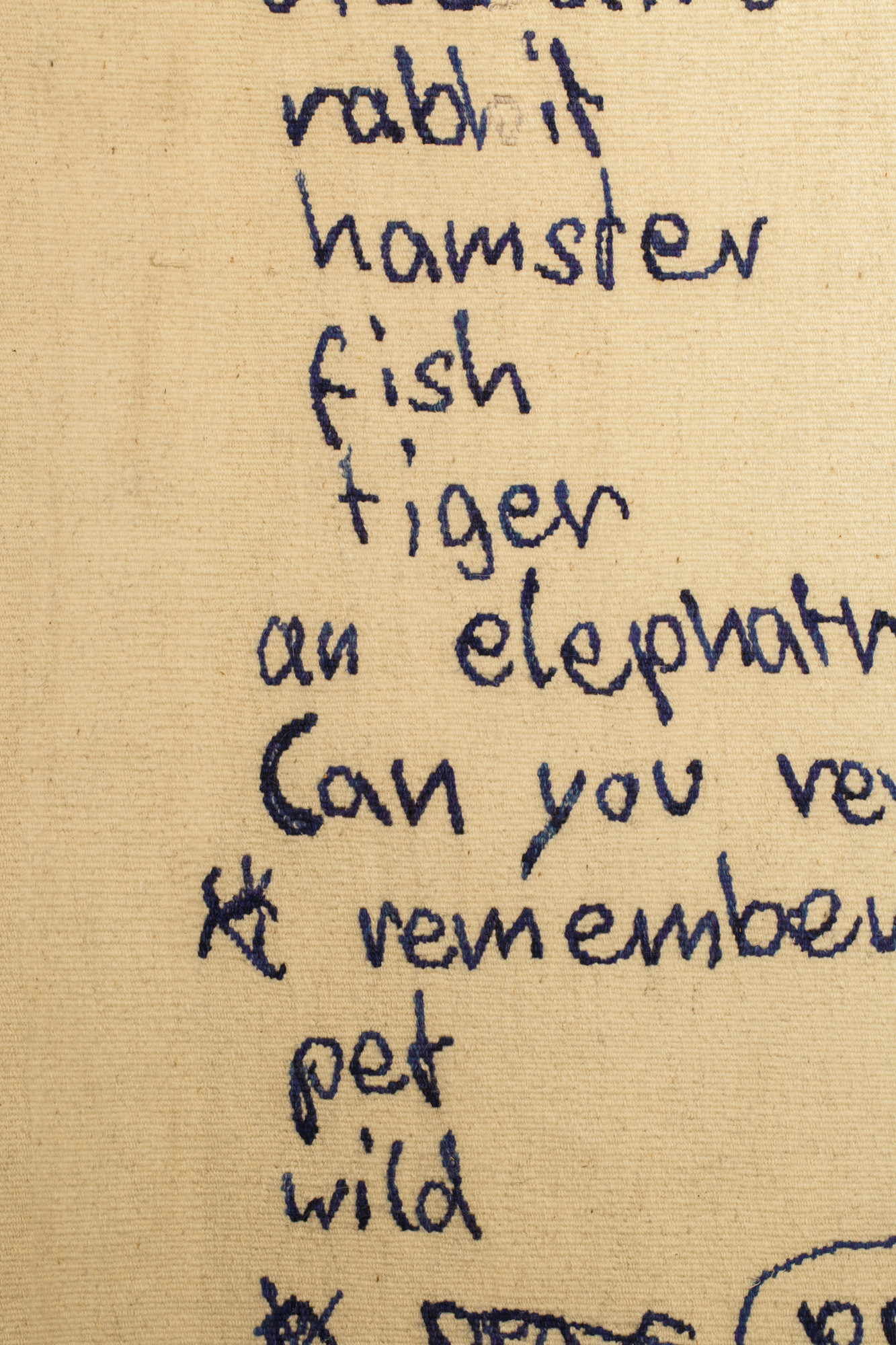 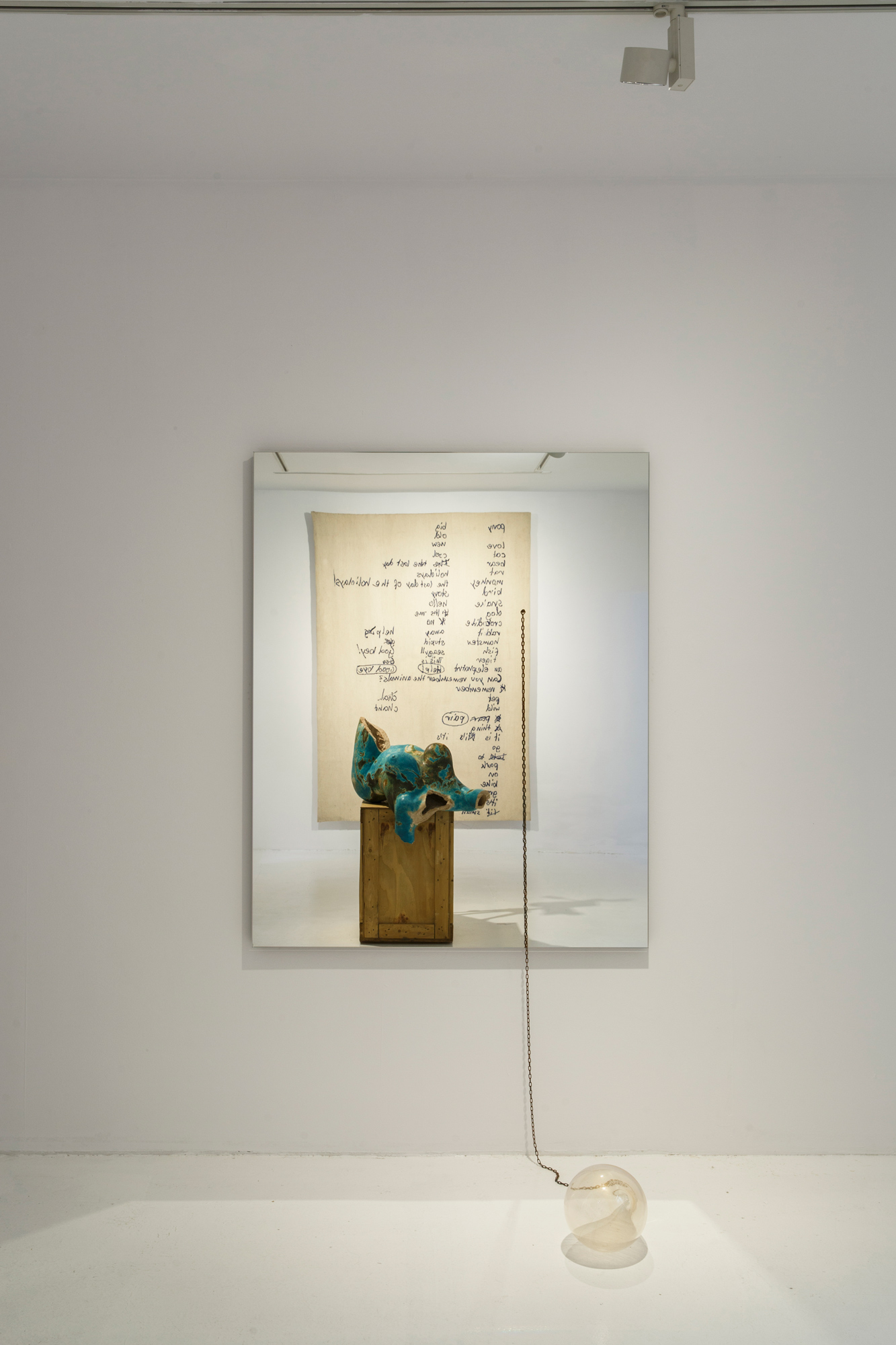 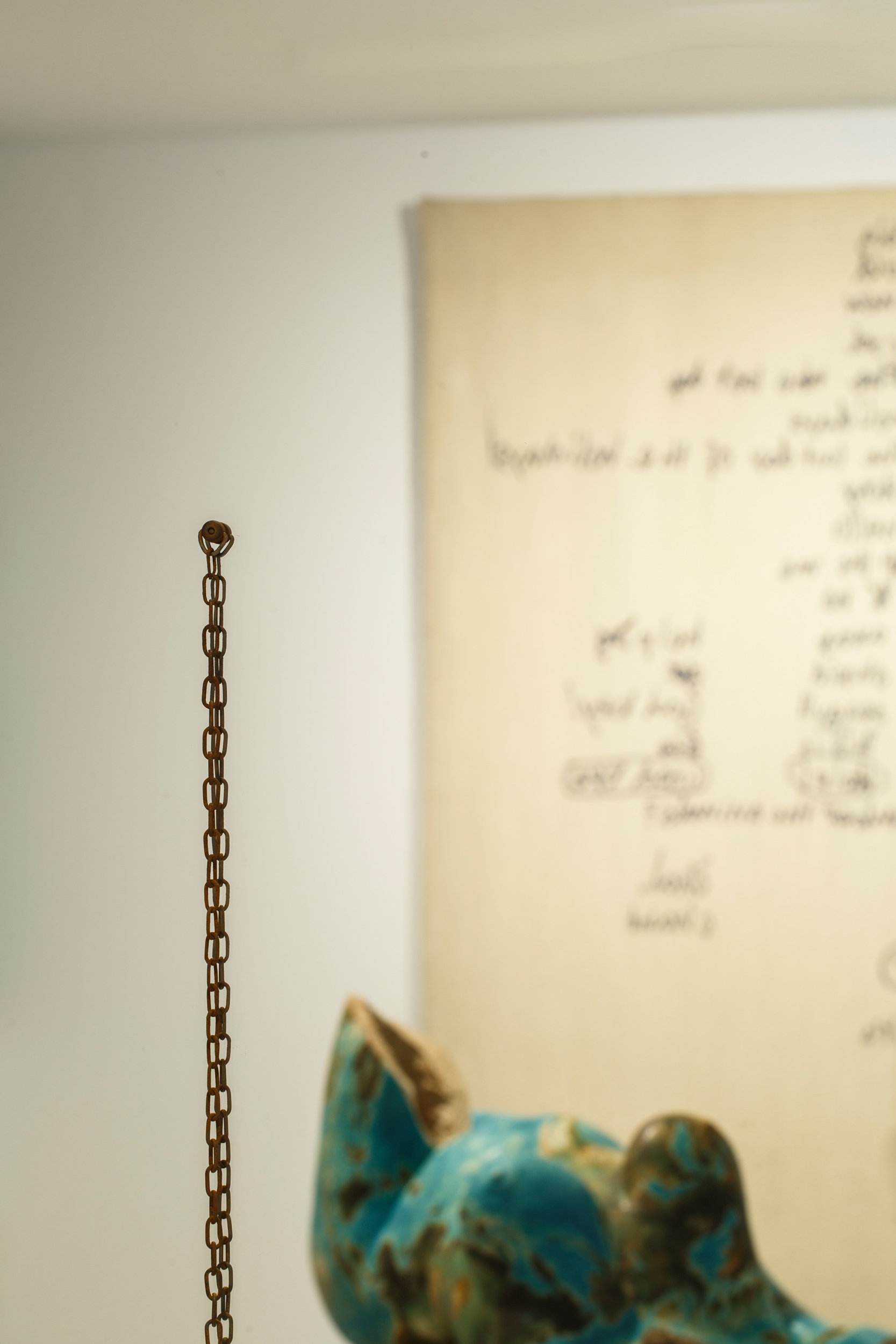 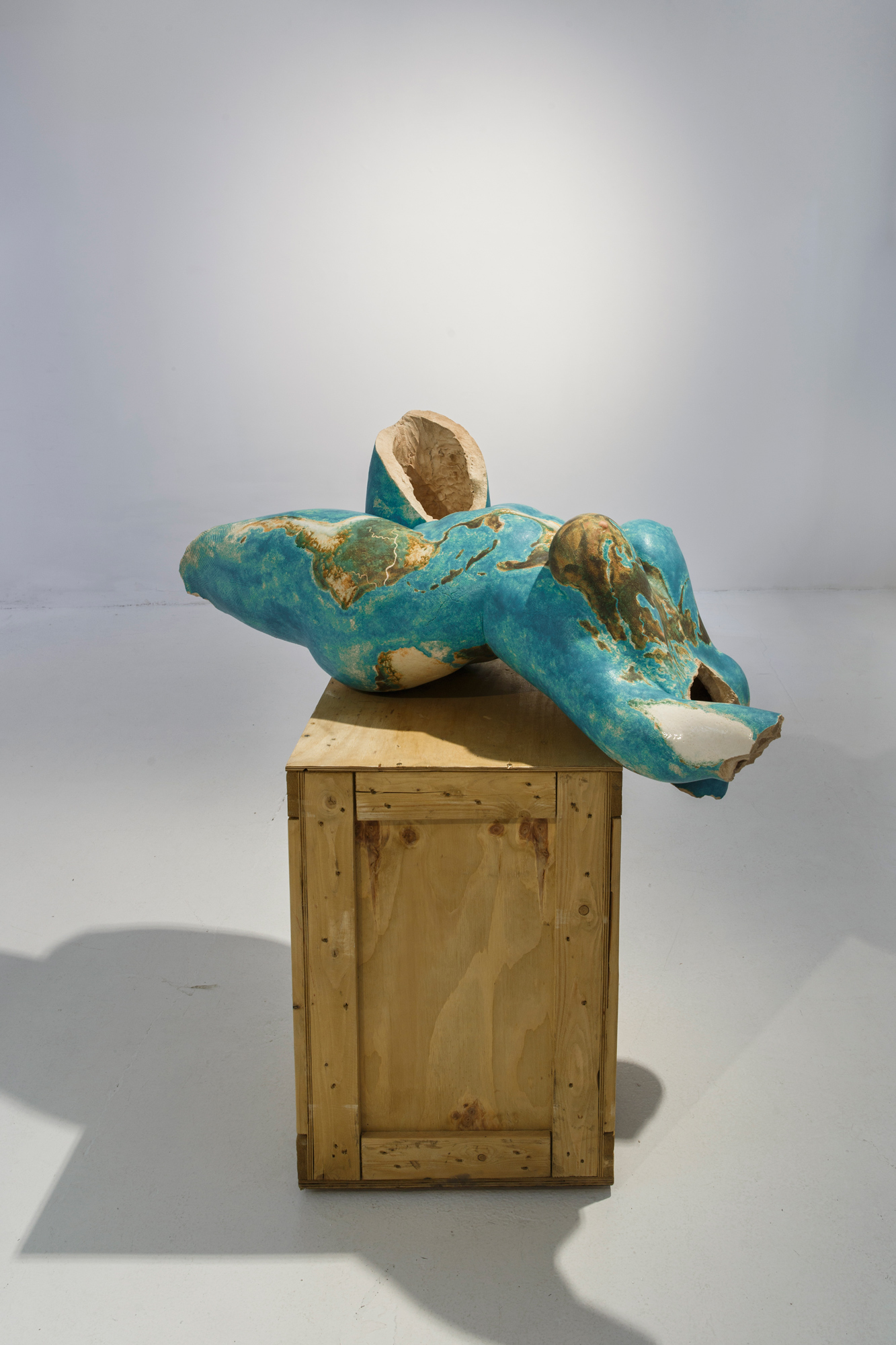 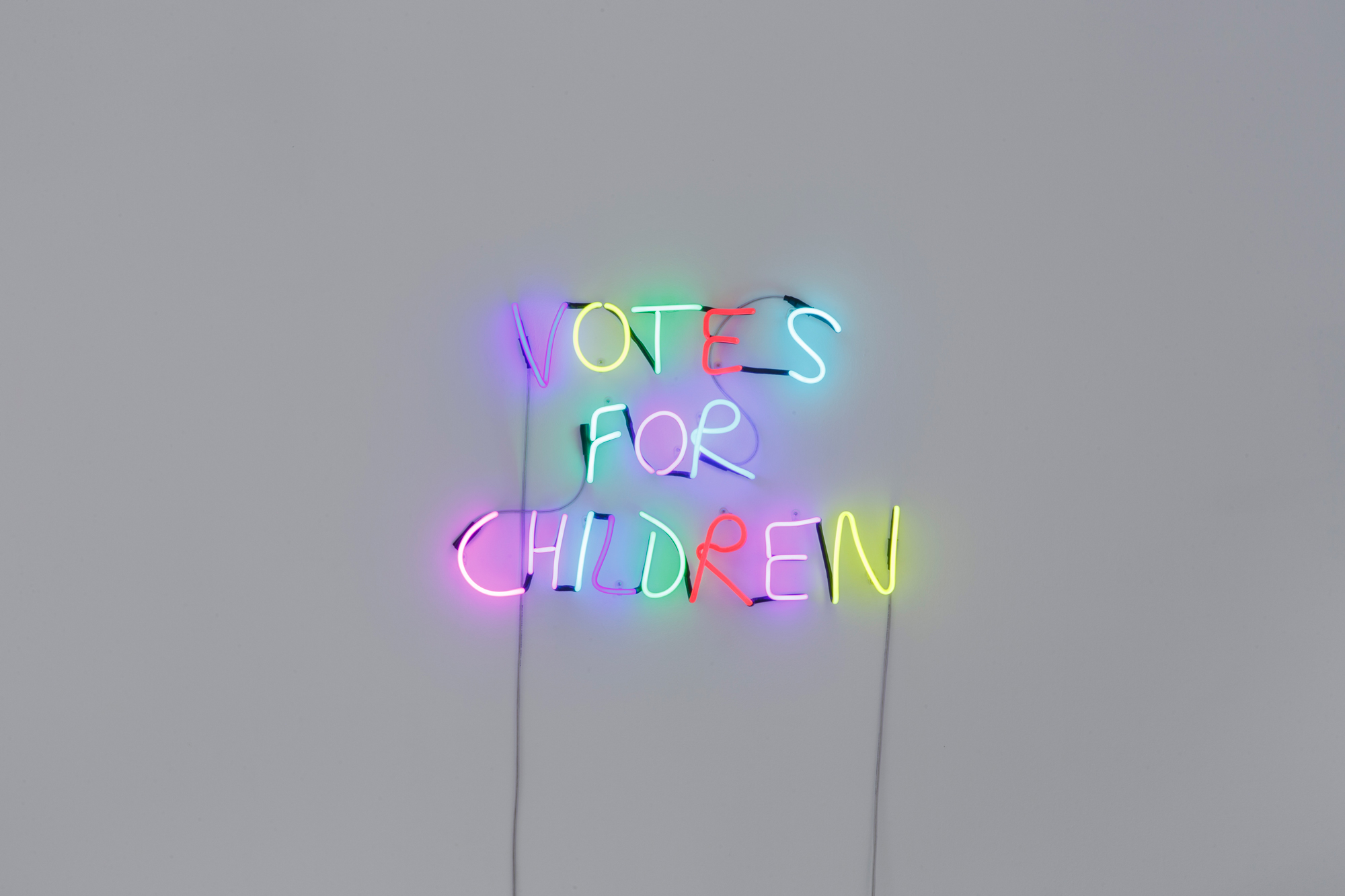 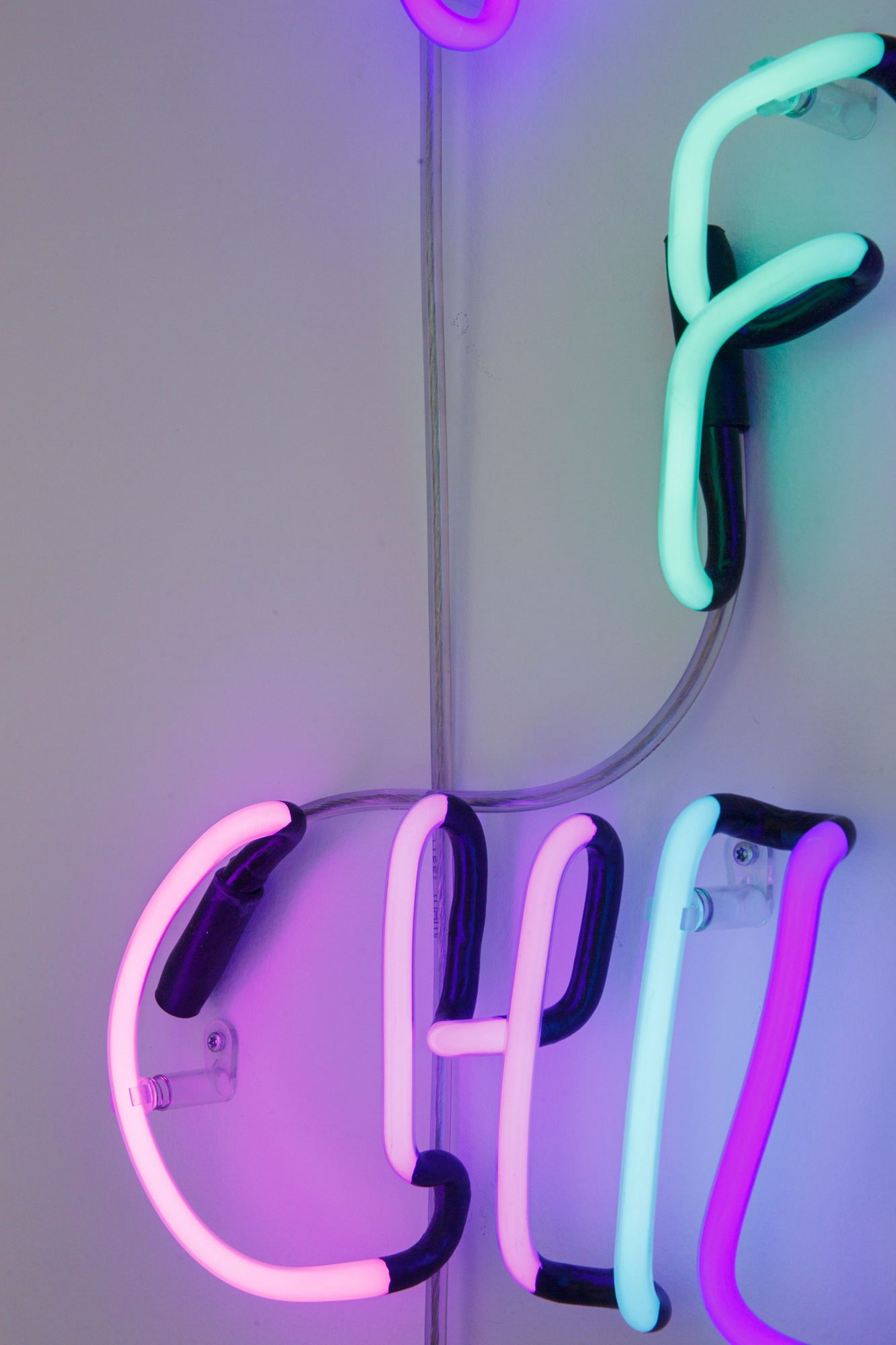 A space nurtured by a common sentiment, good intentions that have been loosely gathered by a confused mind. From the blink of an eye, to the edge of a knife. So thin and yet so consistent, like a wire that has been carefully coated with pure cashmere. Simply put, it is just the space in between, where all the pre-formulated thoughts ramble around. Honesty blooms without finding any kind of resistance; every face is an invitation, neurological modulation transformed into a crystal shrine for impatient gods. A hot morning, the sunlight passes through the heavy curtains into the room revealing a cosmic battle of dust particles. Drama is plentiful, emotions are volatile. All weightless things require small efforts in order to be activated. A small trip powered by an involuntary gasp.

A guard dog, a quail and a professional mantra-writer enter a bar. Motivation runs low. Harmony expands & contracts, like the gills of a fish battling for a few precious particles of oxygen, a desperate situation, a thin layer that could break and collapse anytime soon.

The professional mantra-writer says: “One of these nights I was falling madly in love with an artificial satellite, the first man-made moon, a metal colossus providing constant clarity. Several webcams allow me to monitor the internal activity of this faux heavenly body, the complicated valves system reveals itself like a circulatory system, identification is the first step towards empathy. Fission and fusion, colliding particles, disintegration of systems, sounds familiar, don’t you think? I hope someday you can take a day off, just mute all the encrypted instructions that you receive nonstop from planet Earth; we could take a stroll around the park and I’ll tell you a bedtime story. How can you represent so much to us and yet remain so calm, so fair-minded. You illuminate crumbling ruins and shiny skyscrapers with an equitable light. Maybe you know too much about us? A spherical machine that danced itself into the shape of a perfect pearl, a pure soul gleaming high above.”

The guard dog tells the following story: “they were impressed, witnessing such determined actions, so strong yet elegant still. As if something simple and beautiful (not very out-going) could achieve something massive that could entail a positive or a negative outcome. Just as if flowers could cancel existence. Volunteers are obsessed with the sacred; they cannot define the difference between love obsession and commitment. The gains and losses are gained and lost every few minutes. The sorrowful chant of forgotten birds. All things are public.”

The quail answered: “Just like a careless ant that ended up walking in the wrong petal of the wrong flower at the wrong time. In order to survive, you must sharpen your senses, polish your mating strategies and embellish your defense mechanisms. Suspicion is the new sticky membrane that holds everything together, a soak-y ecosystem, a tropical hell heated up by confusion; human intentions are blurred into a fine mist which evaporates quickly and then comes down as tragic rain. Human actions are immediately sublimated; distancing themselves from the thoughts which produced them initially. Mystery is now a rare breed of human perception. The new artificial sun, the manmade pride and joy, that will eventually calcinate guilt, sentiments are restless, everyone is guilty, you could have done better but I don’t mind.

“It is kind of sad to consider human-life when you have so many examples in nature of virtuous collaboration between different forms of life. Lichens are often overlooked and ignored, but they are some of the most fascinating organisms. The lichens that we see in tree trunks and rocks are actually a group of fungi that has developed an “agricultural” system in order to feed themselves from algae. Algae acquires solidity and permanence through the fungi, so this beneficial situation is mutual. Self-contained tiny ecosystems of virtuous collaboration.”

“That is the mantra that nature keeps repeating in the form of other examples of organic life, like corals or ants. The myth of identity blurring itself through the poetic existence of complex composite organisms that don’t know “I”.”