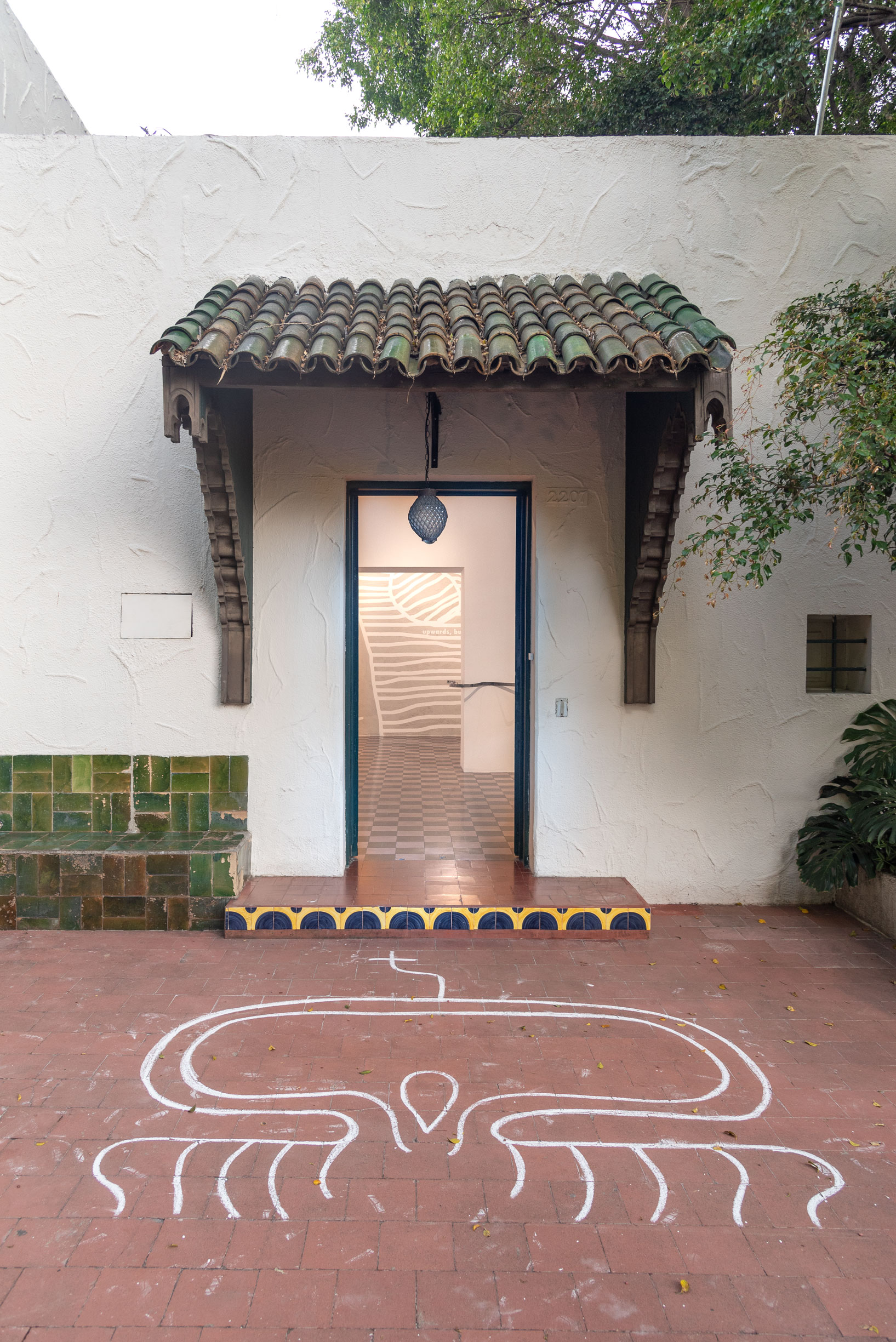 BIENES RAÍCES is an exhibition shaped by a series of sequenced environments, each room of the gallery works as an autonomous dramatic system. The drama that concerns the included artworks involves the narration of processes which have already finished, are currently taking place or have been postponed. The fossilization of an obsolete object; watching the grass grow; the presence of an undesirable guest; the invocation of everyday gods.

The exhibition space is populated by waste, byproducts and collateral effects generated by the relationship between desire and private property. This relationship (both in its romantic and practical aspects) requires of intentions in order to translate itself into concrete actions. The narrative thread that runs across the exhibition approaches the materialization of intentions into a variety of objects, readapted materials and attitudes that influence the way in which reality becomes comprehensible and useful. What is the background of plasticized reality?

The exhibition can be considered as a catalogue of highly self-aware intentions. Intentionality is often a blurry subject, but when it becomes clear we are allowed to witness the actual seriousness of a specific situation. That’s when the world shows its white and sharp teeth. When space transforms into a prismatic dimension and it’s difficult to discern one’s location. Is it a lobby, a sublet apartment, a hallway, a loft or a waiting room? Identity also becomes a treacherous subject. Am I a client, a spectator, an agent, an owner, a visitor or an actor? Even though we make constant reference to destiny, maybe destiny doesn’t really need us, maybe human-kind is just another stage in the geological epic poem.

While moving around indefinite space: entering a house, passing along a building, sitting on a concrete bench; these actions imply a direct contact with the ghosts of past intentions. In their origin they achieved to materialize, and some of them have remained. This history is embodied while touching a doorknob, pressing a button or holding on to a banister. The subject leaves a negative trail of usage, while absorbing the ghost-particles of previous desire. These objects respond to the body in a useful way and also resist to updated formats of ergonomics. Shape and form are bounced back and forth towards infinity, from human to object. This ricocheting motion is what eventually produces familiarity.

The artists included in the exhibition use different methods in order to create a short-term but equally potent familiarity. The residential past of the house where the gallery is located serves as raw matter for conducting an alchemical transformation: reanimating past events and incorporating novel gestures. This cohabitation of different timelines renders a density of rejected possibilities, and simultaneously visualizes new alternatives on the meaning of inhabiting.