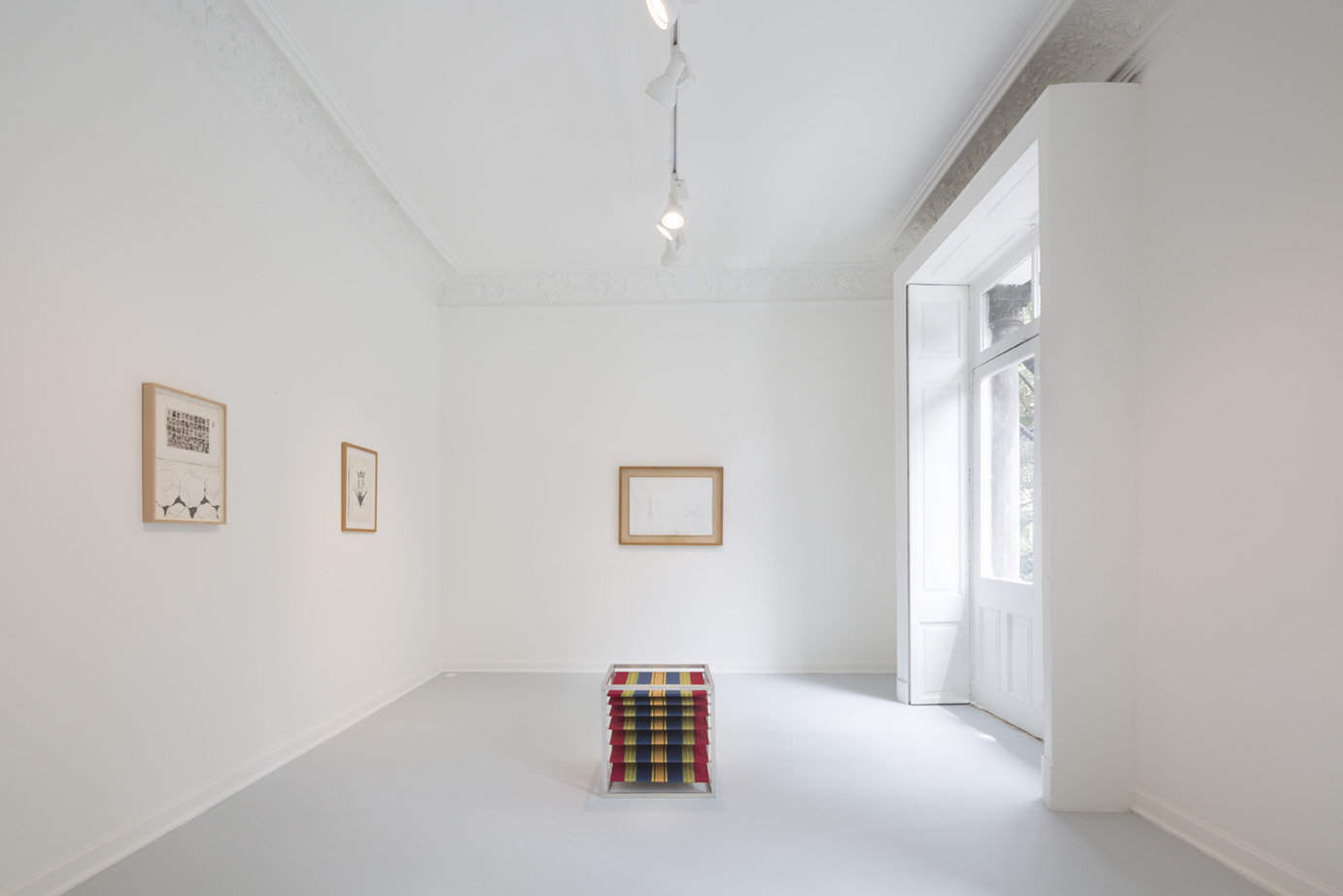 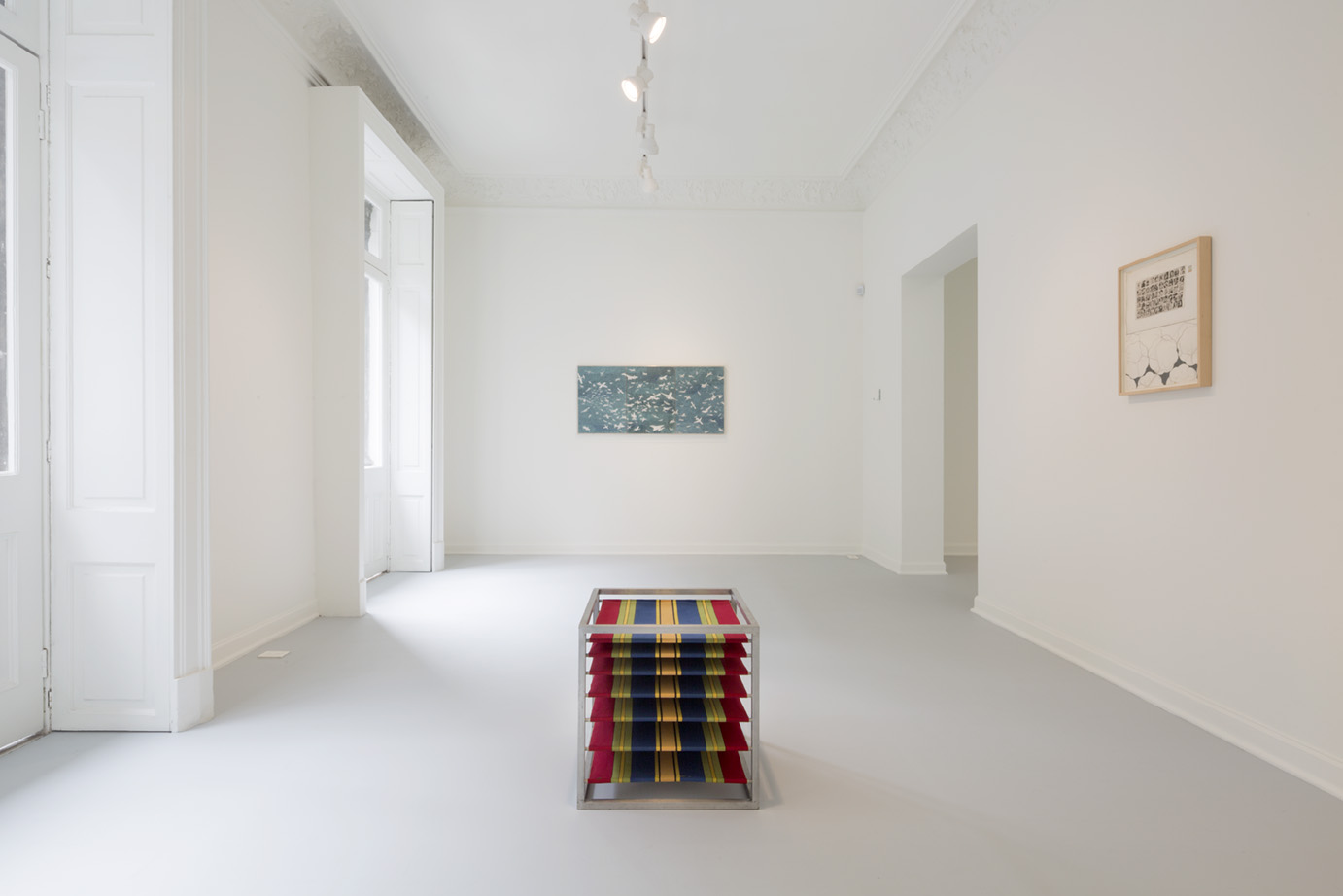 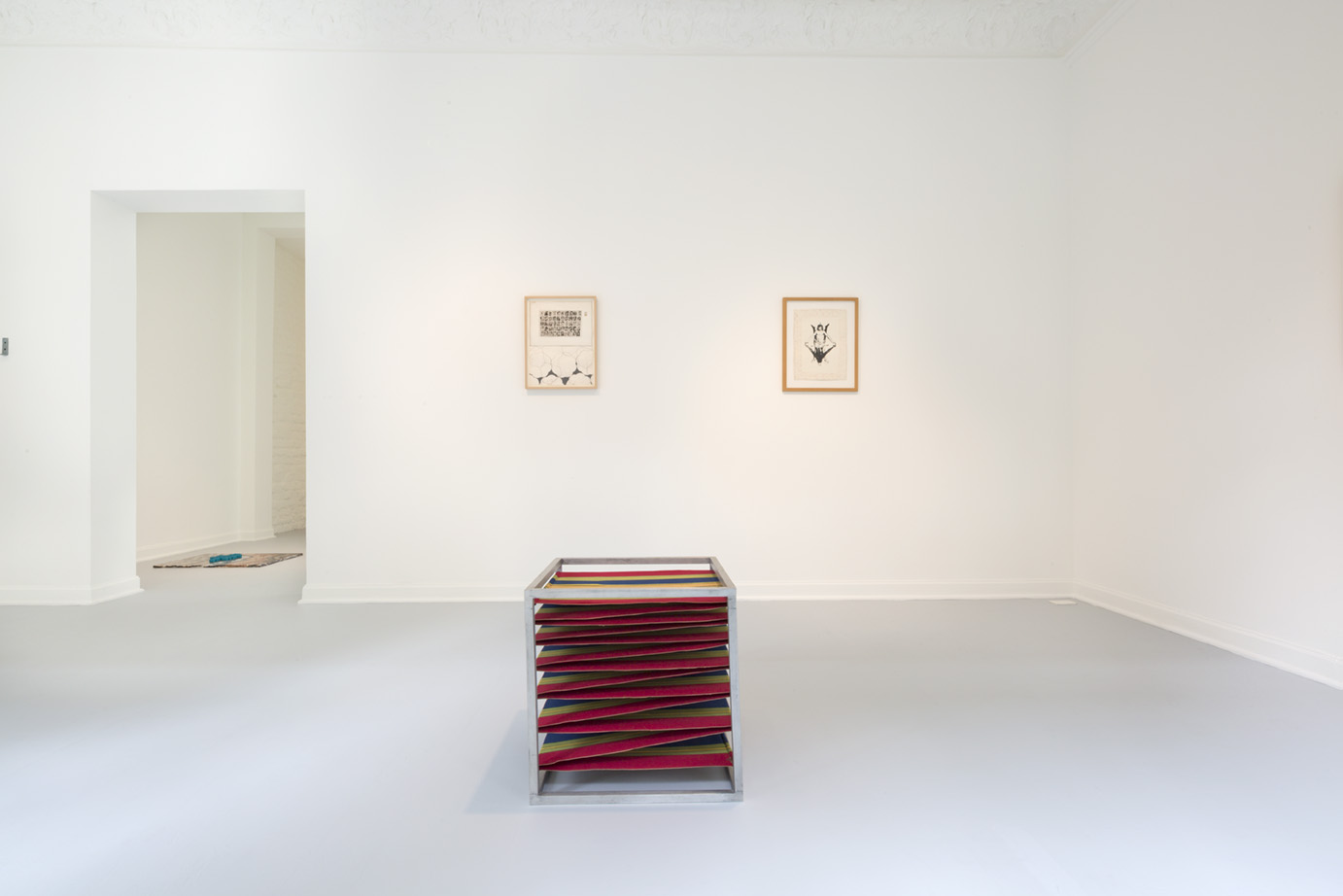 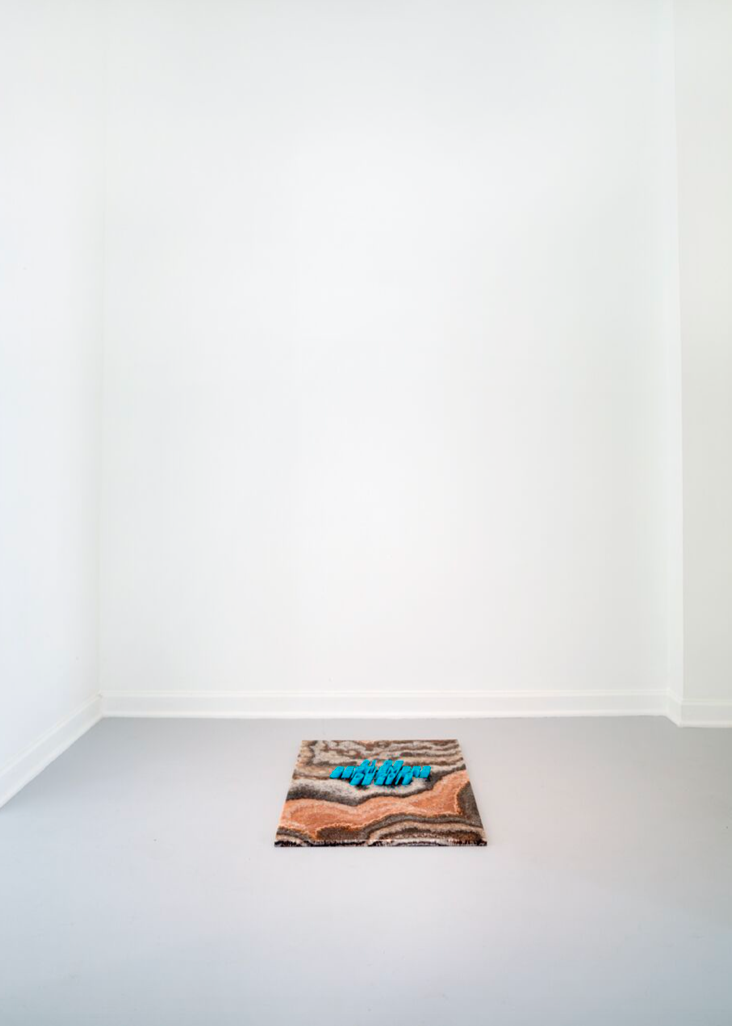 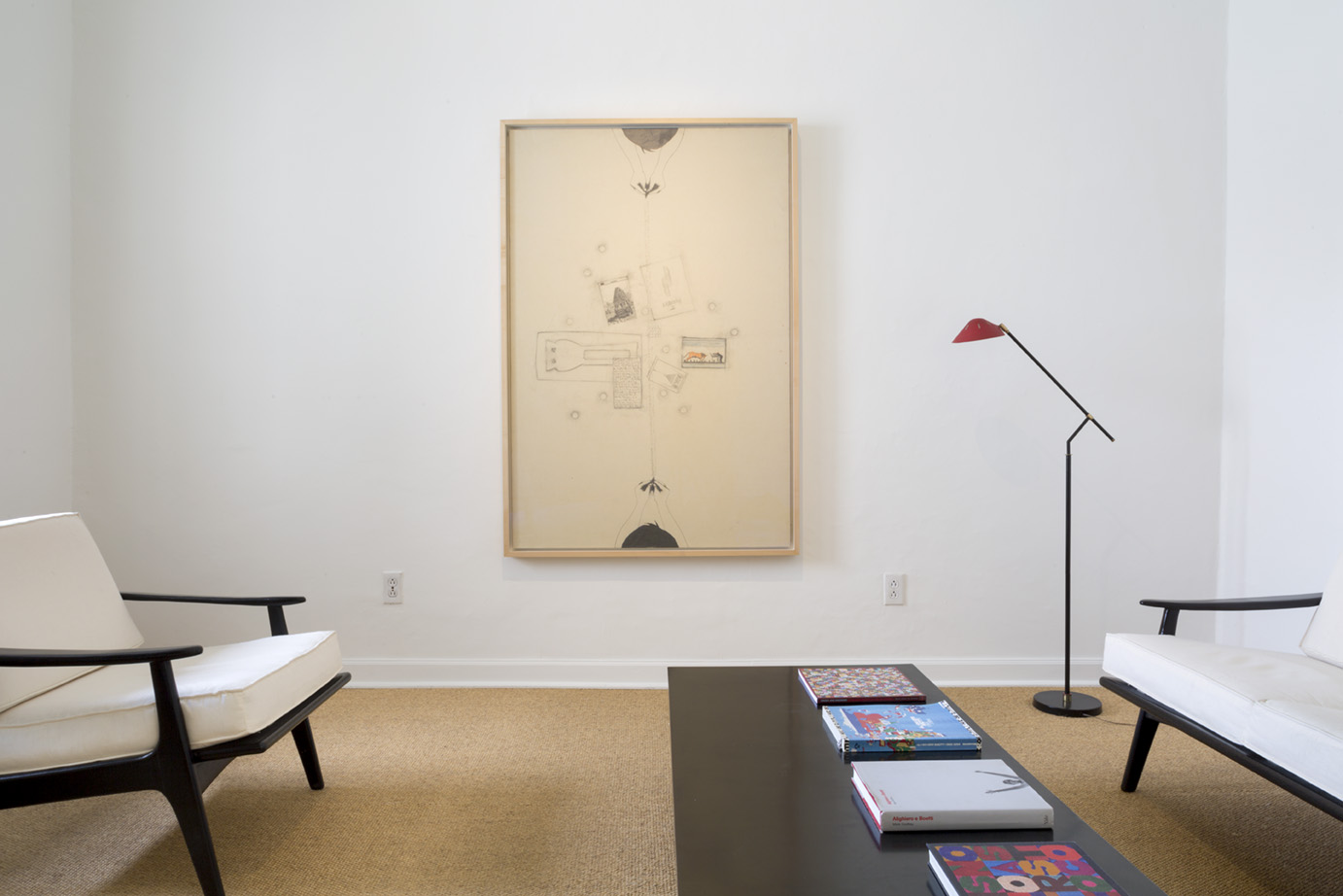 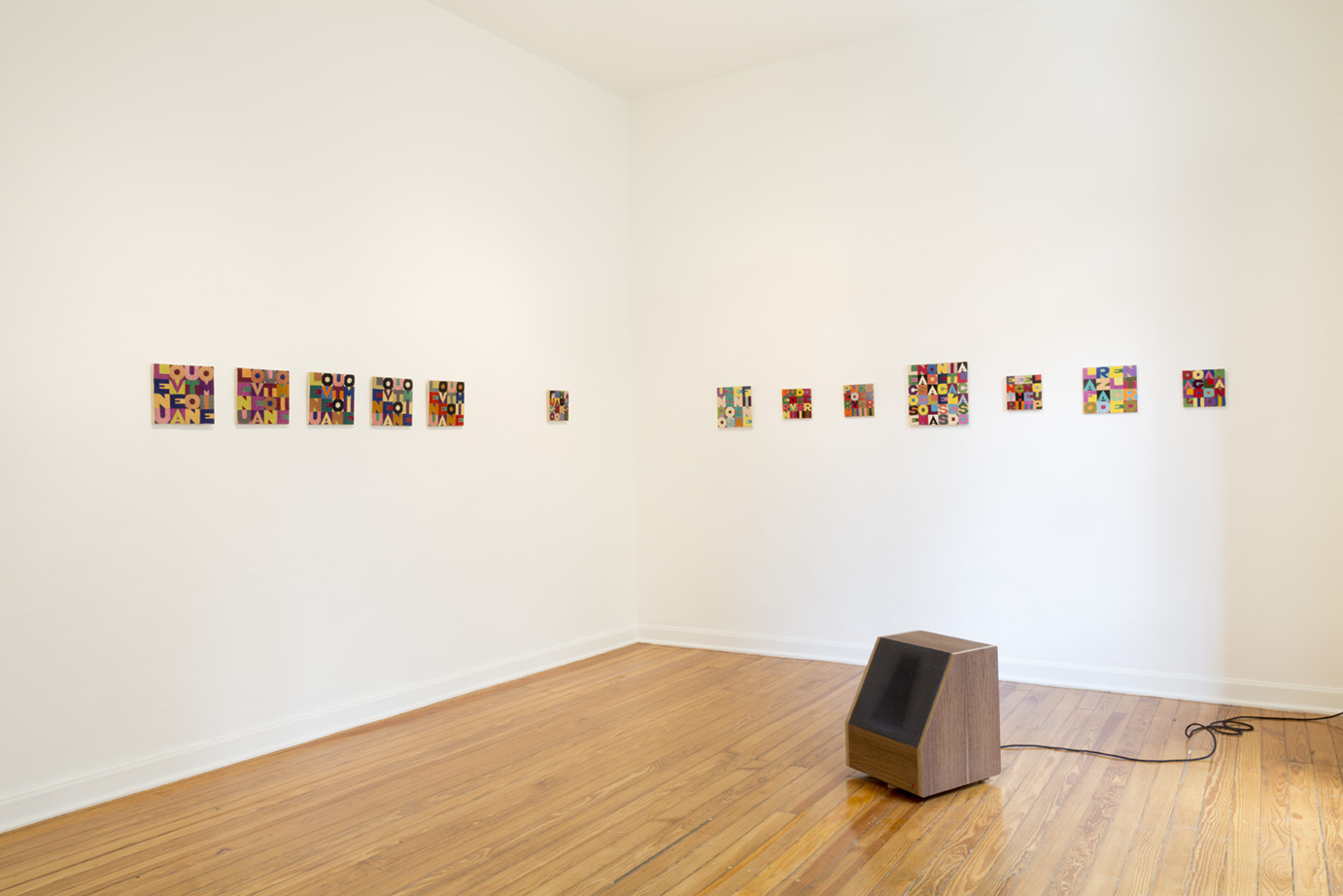 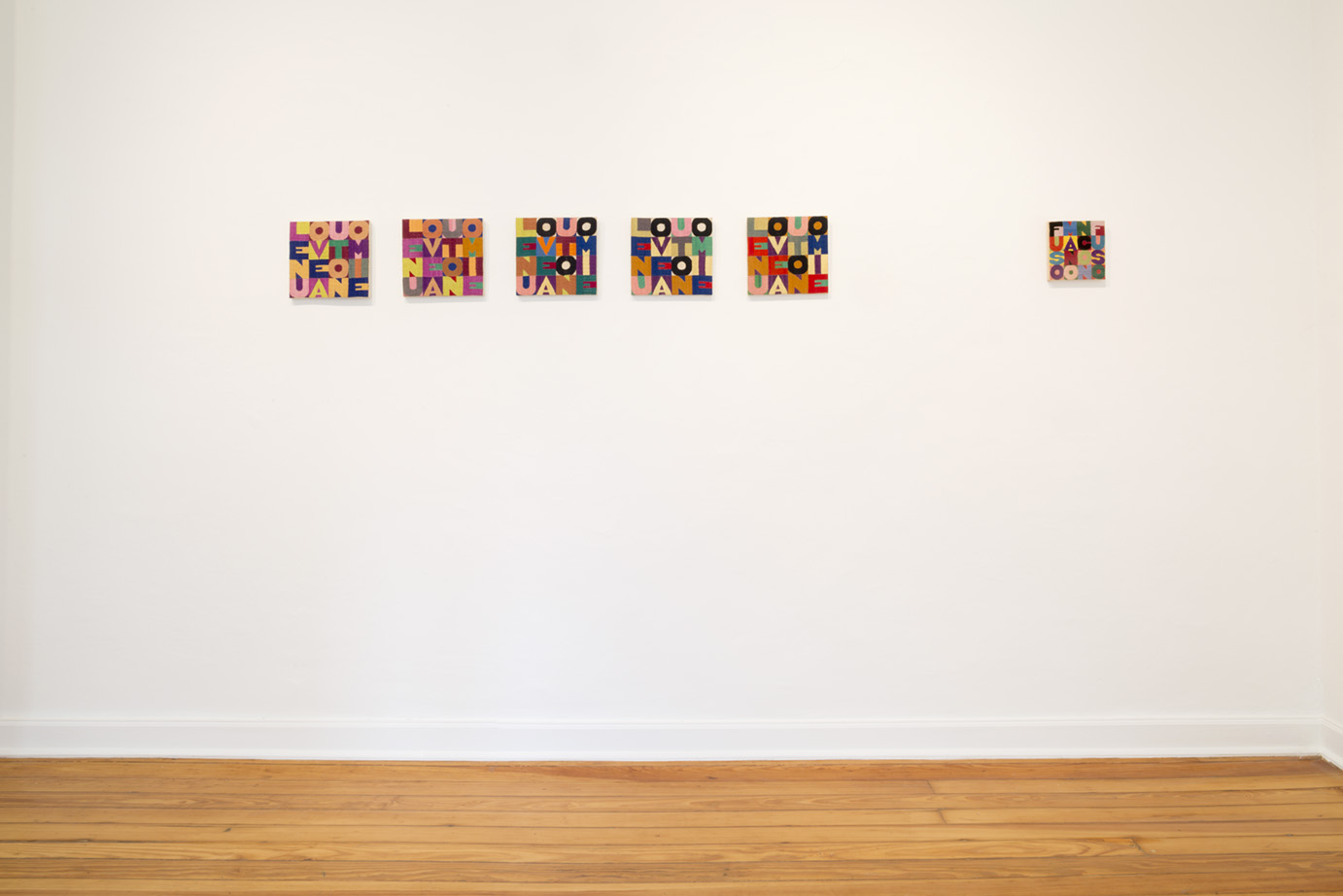 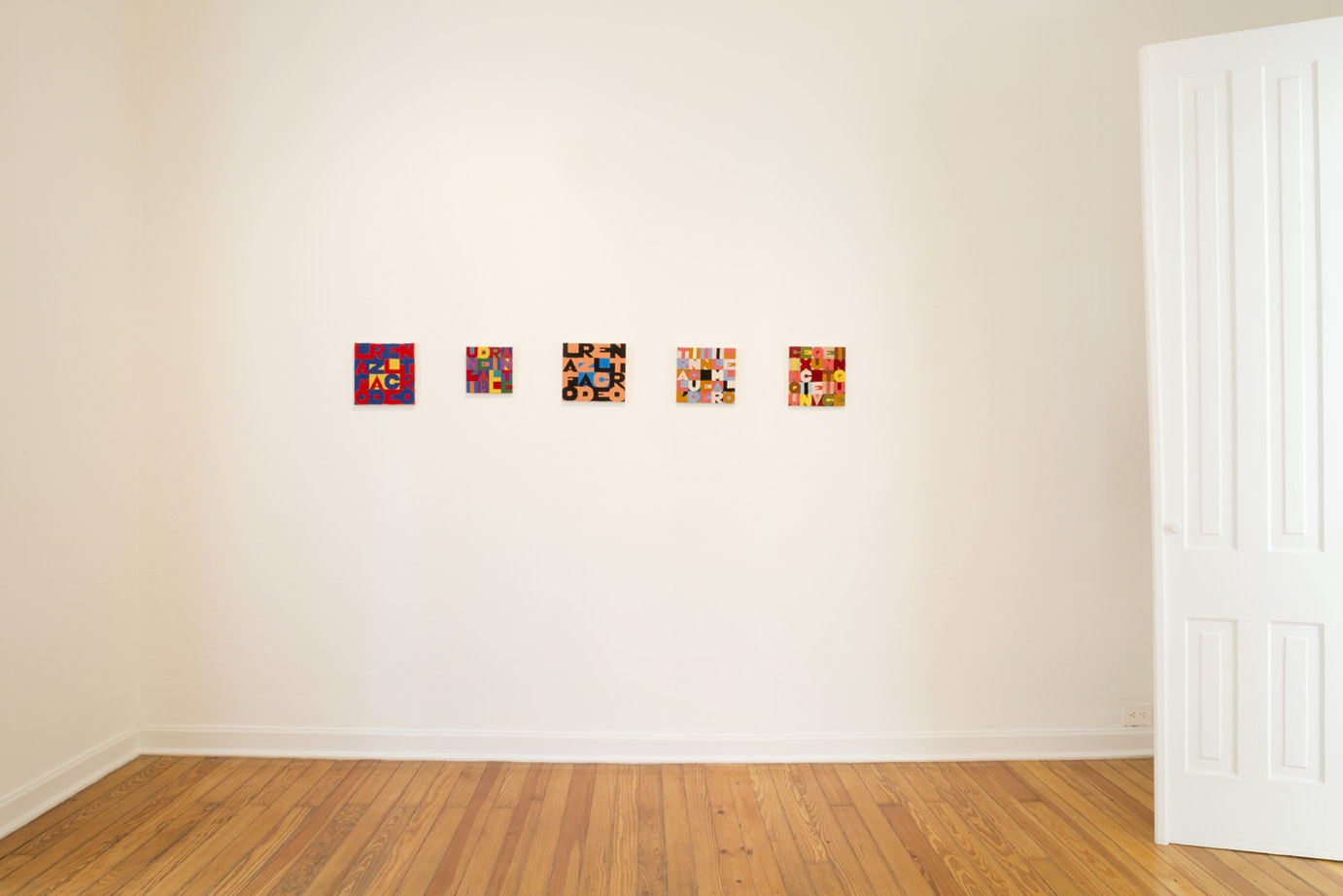 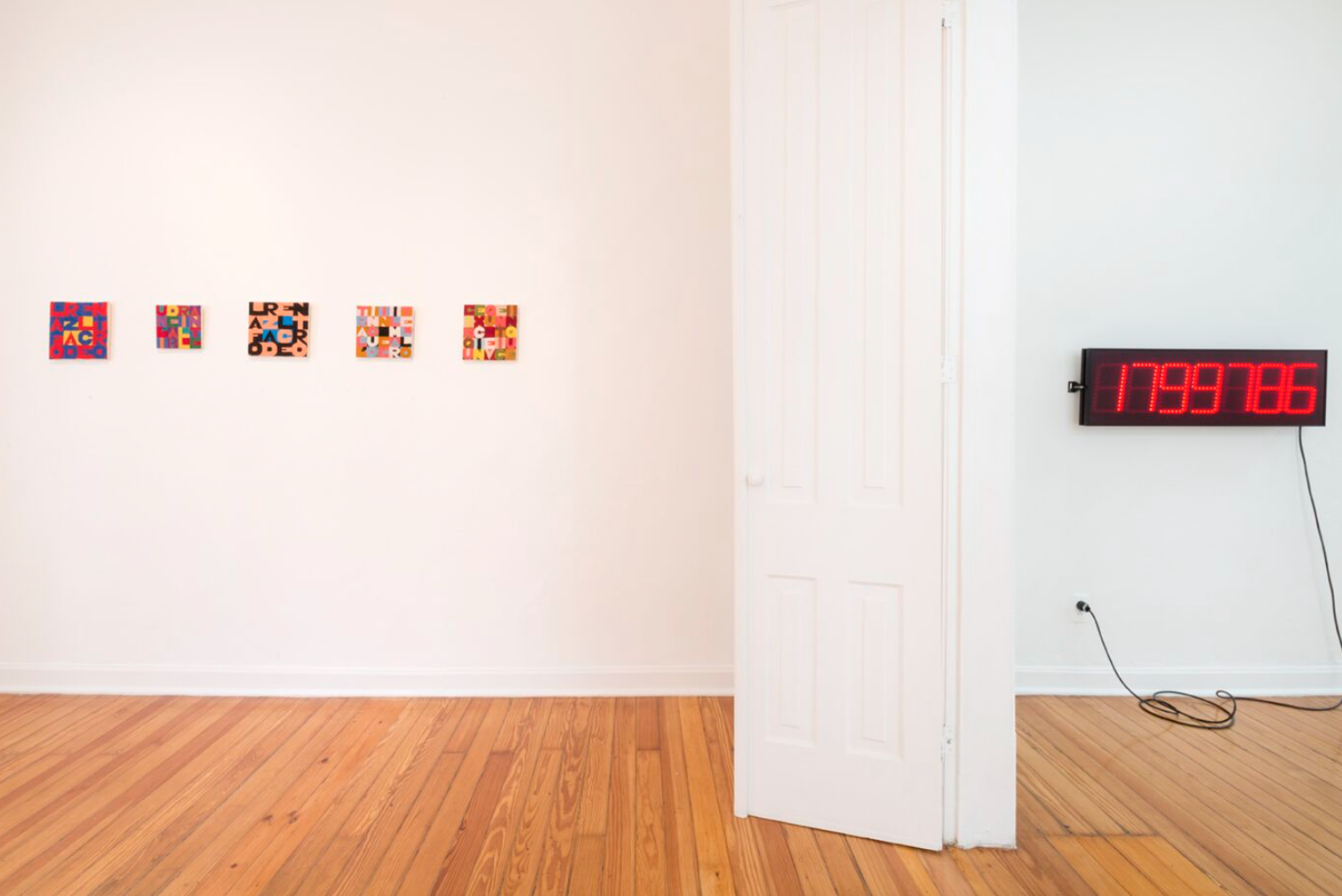 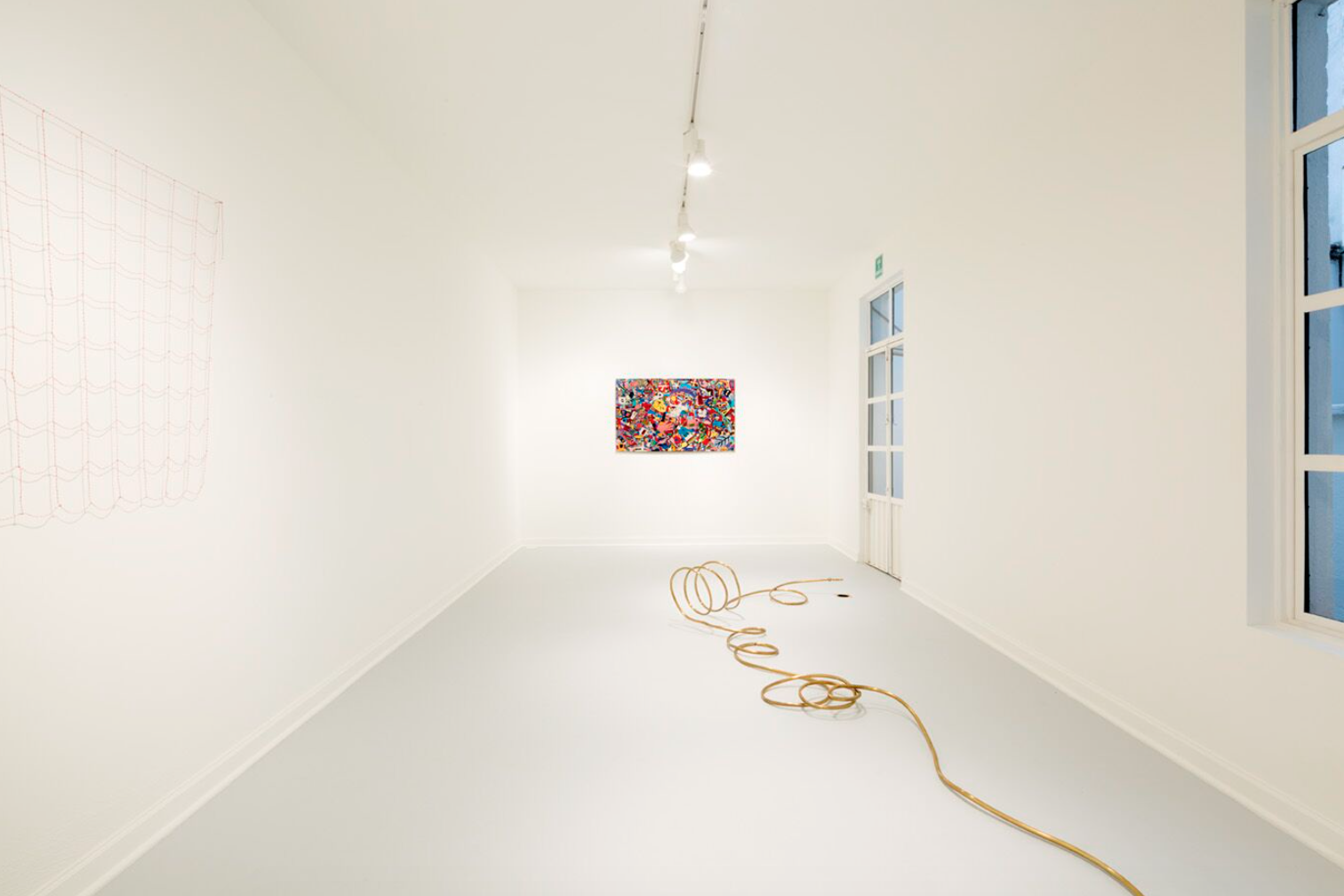 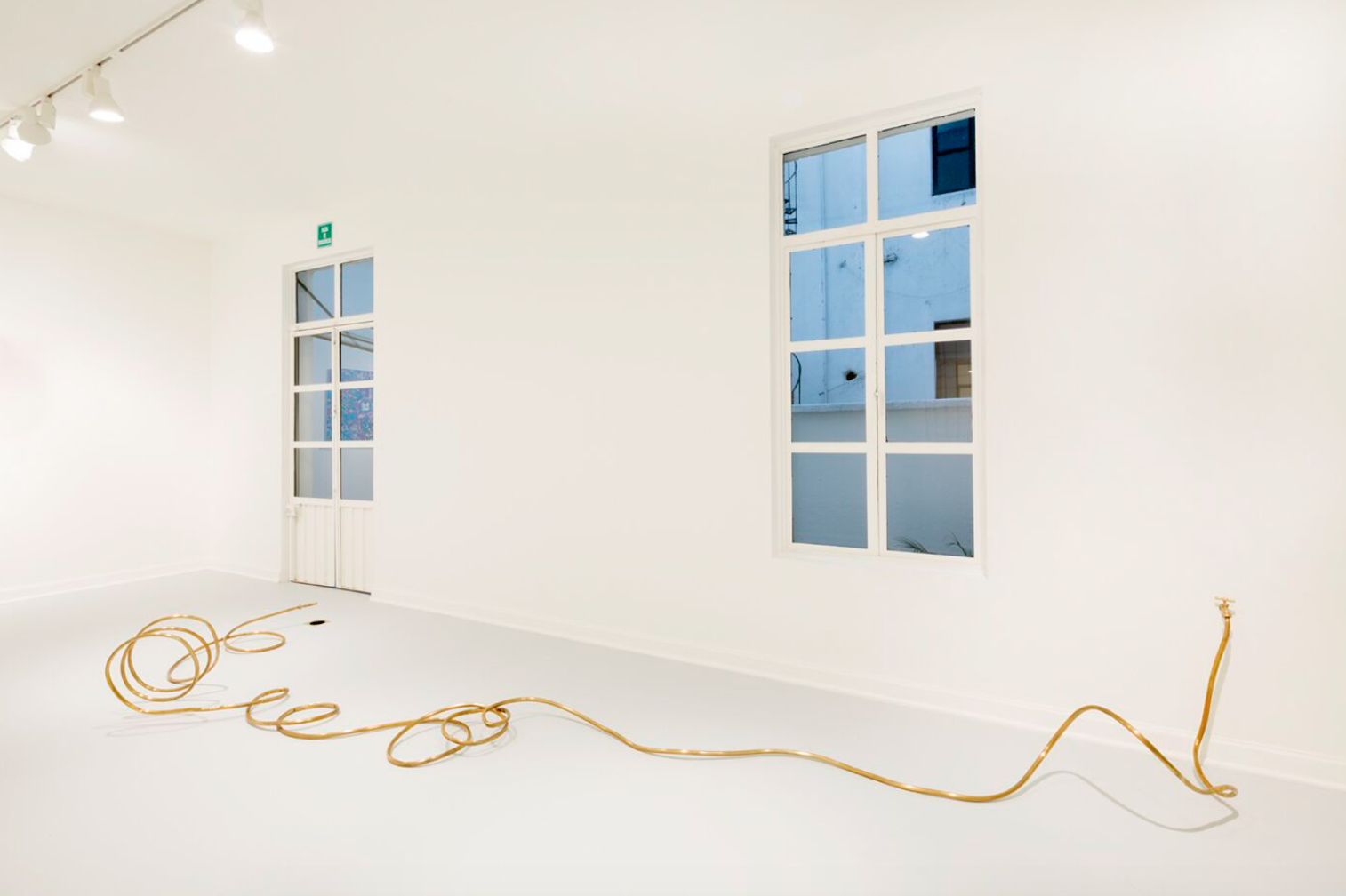 The exhibition Alighiero e Boetti e Mario e García Torres at Travesía Cuatro CDMX is a rebounded rumination between multiple personas,characters and subjects. Through his work, Boetti put into practice the concept of multiplicity, splitting his own identity into a series of opposing and contrasting entities. The artist presented himself as a hypothetical twin, he used a name that implied an association between two persons, and through his repeated journeys to Afghanistan he created a sort of hybrid, blending together the figures of a foreigner, a permanent tourist and a refugee.

Mario García Torres has dedicated a significant part of his work to establish a relationship between the multiple personasthat Boetti created. Since this collaboration took place after Boetti’s death in 1994, García Torres had to create peripheral routes in order to approach the Italian artist. Initially he established a fictitious correspondence, and later he carried out a detailed research on the One Hotel, the pseudo-company and operations center that Boetti established in Kabul after his first visit to the city.

Curiously, Boetti’s endeavors in Afghanistan and the subsequent research by García Torres are both framed by historical facts that surpass the artists’ capacities as individuals: the Soviet-Afghan War that started in 1978 and the “War on Terrorism” launched by the United States in 2001. These historical coincidences and Boetti’s biographical ambiguity inspired García Torres to replicate his methods and to address the notion of multiplicity and the constant splitting of identity. García Torres adopted a position of collaborator, extended twin and impartial researcher.

Time is what unites and separates both artists, and similar to identity, time can also be experimented as a multiple phenomenon subjected to detours and other manipulations. This is reflected in how Boetti predicted his own death and pointed out a specific date on July 11th, 2023; or in the way García Torres wrote his letters to the Italian artist in 2006 but dated them in 2001, the year in which the war started in the Asian country. This speculative permittivity reflects different ways to understand, measure and experiment time as a fluid and cyclic event.

The works presented by Mario García Torres suggest a series of temporary correlations which function as a poetic axis, connecting isolated moments, blending together past, present and future. This new “time” avoids conventional time measuring and permits the existence of multiples time units. Life itself becomes a measurement tool: bygone life, life ahead to be lived, imagined life, cancelled life. The duration of historical events experimented through intimacy. The new life of artworks which have become independent from the life of their author. With these works is evident that García Torres has learned to use Boetti’s techniques: knowing how to erase himself, to weave together myths and to establish connections between divided ghosts. This exhibition approaches one of the main motives behind artistic creation: wanting to take a walk through the mind of another person.