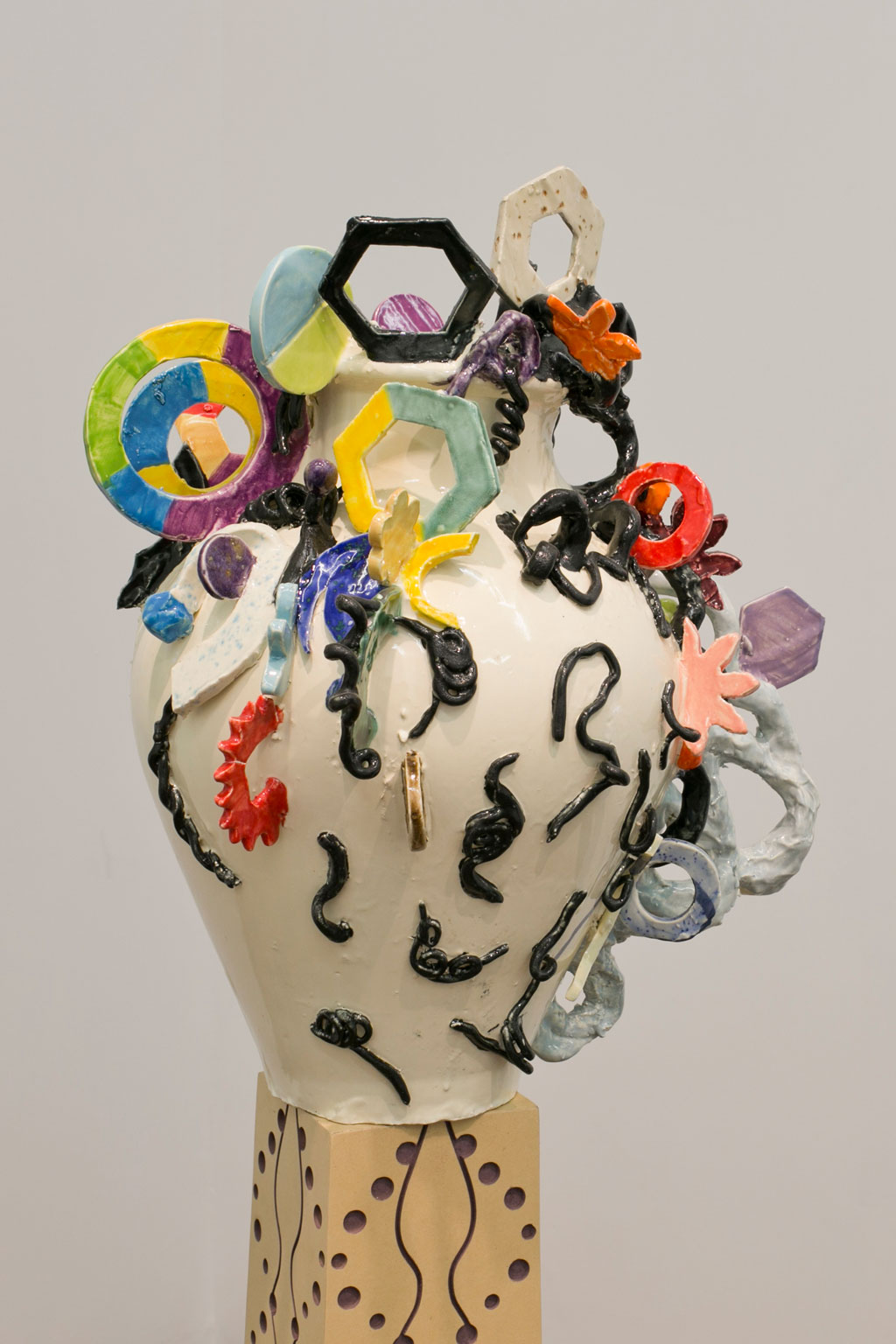 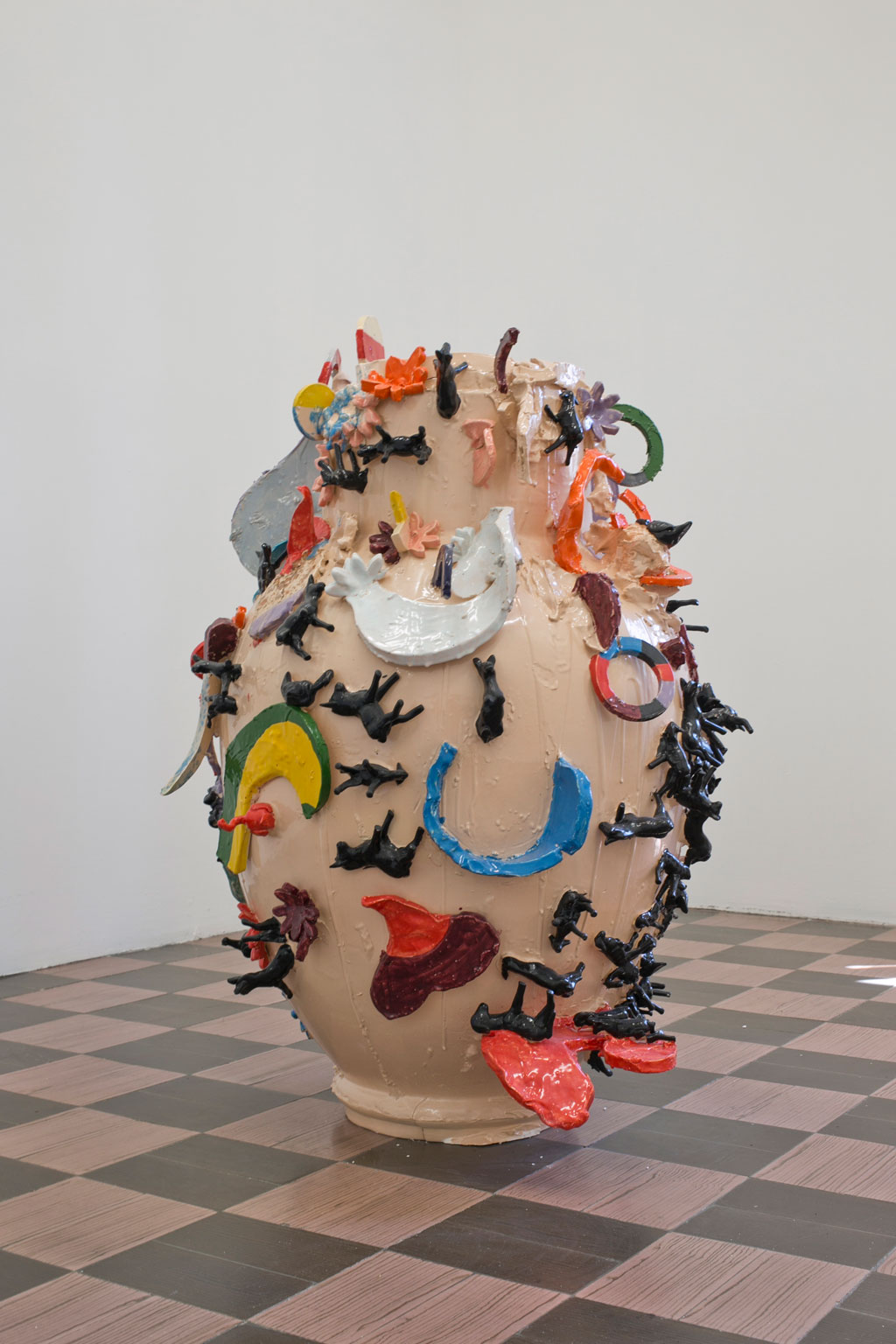 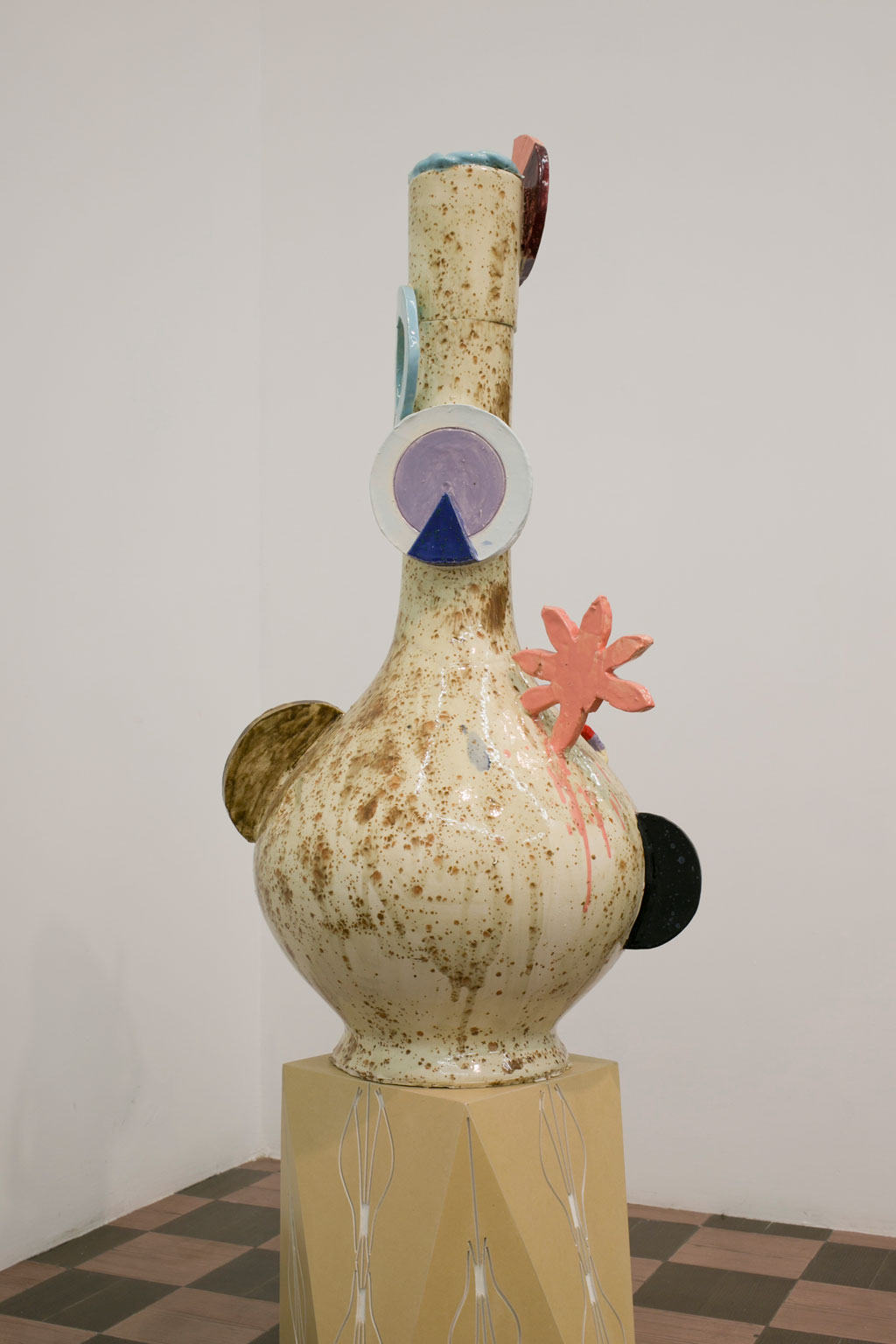 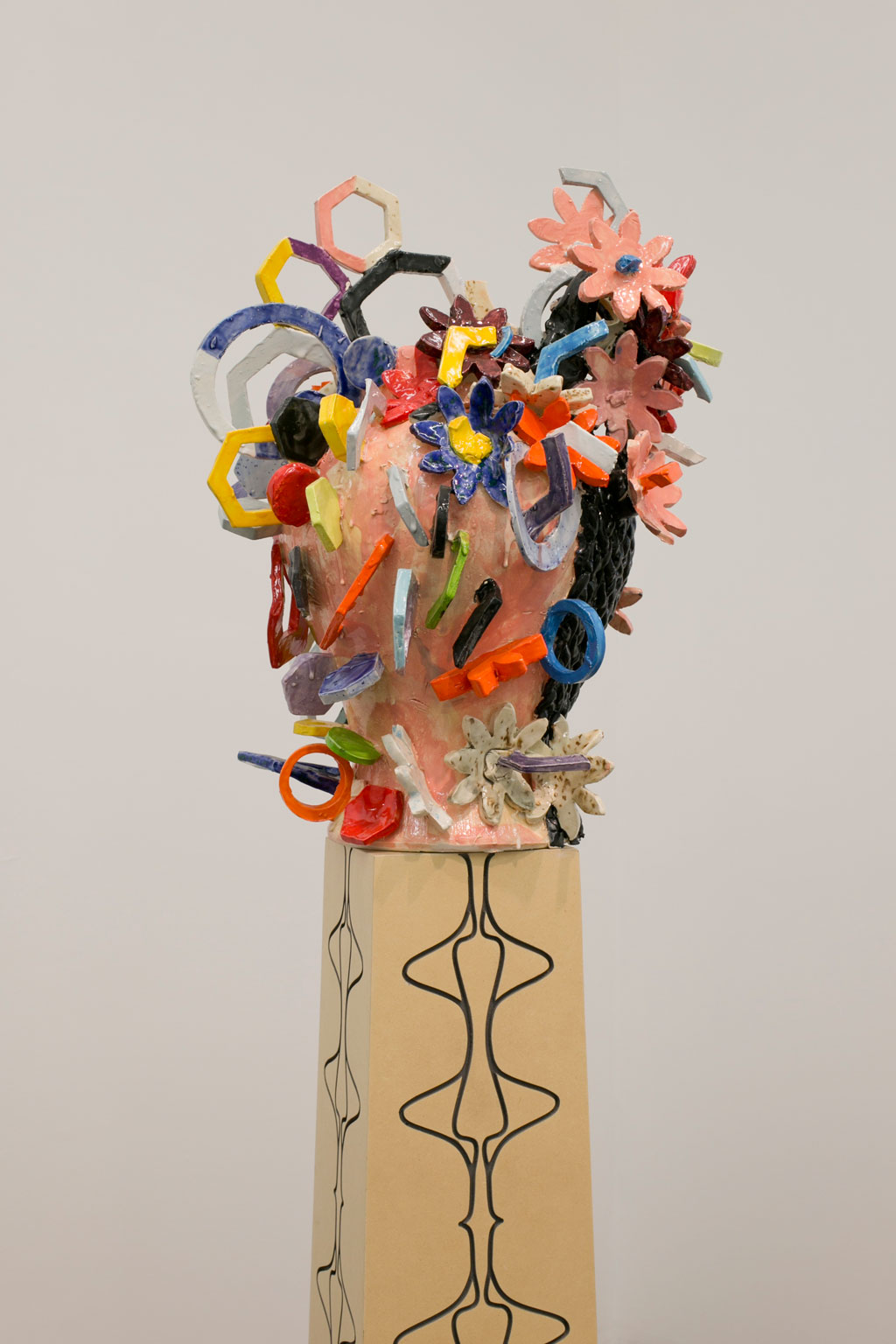 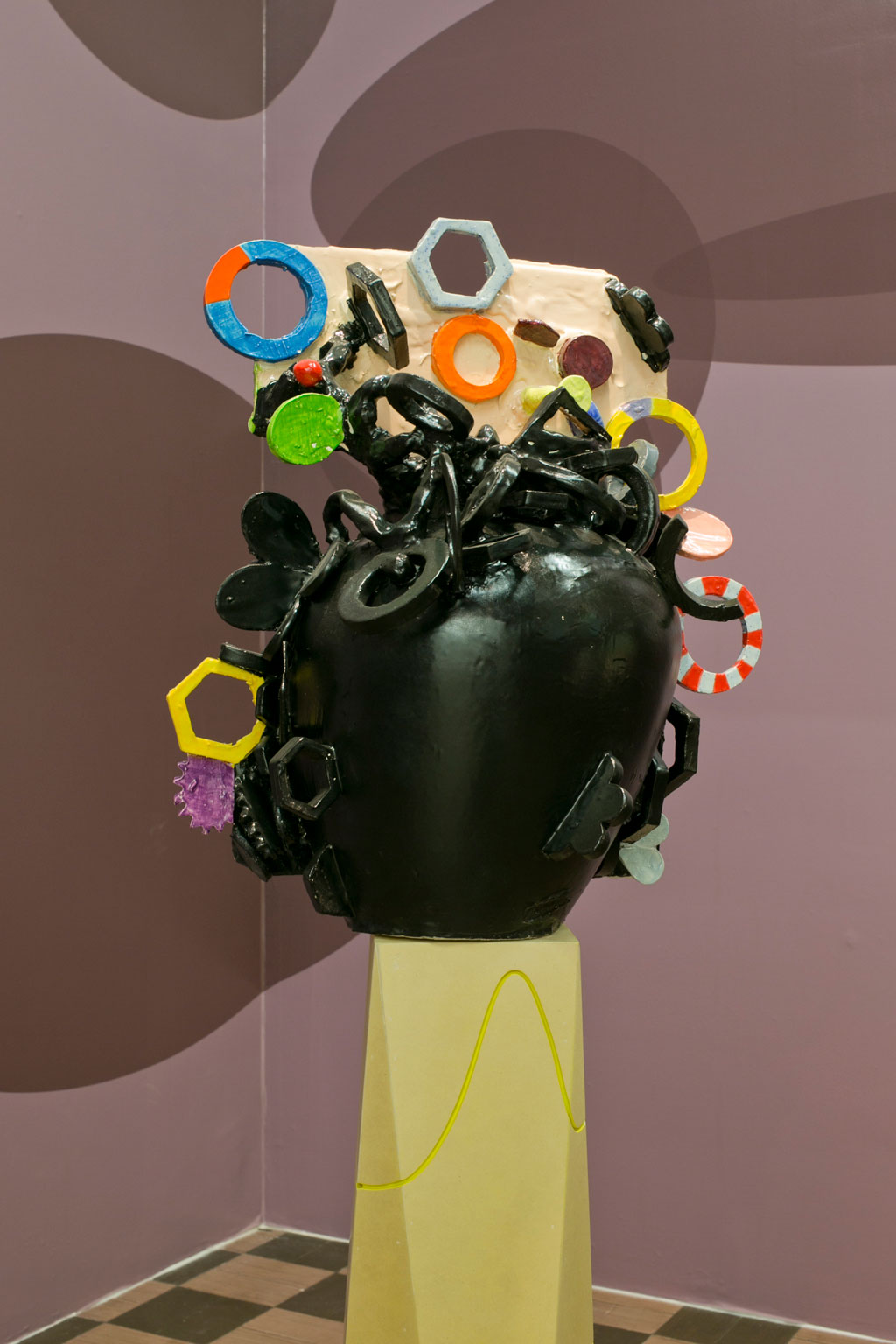 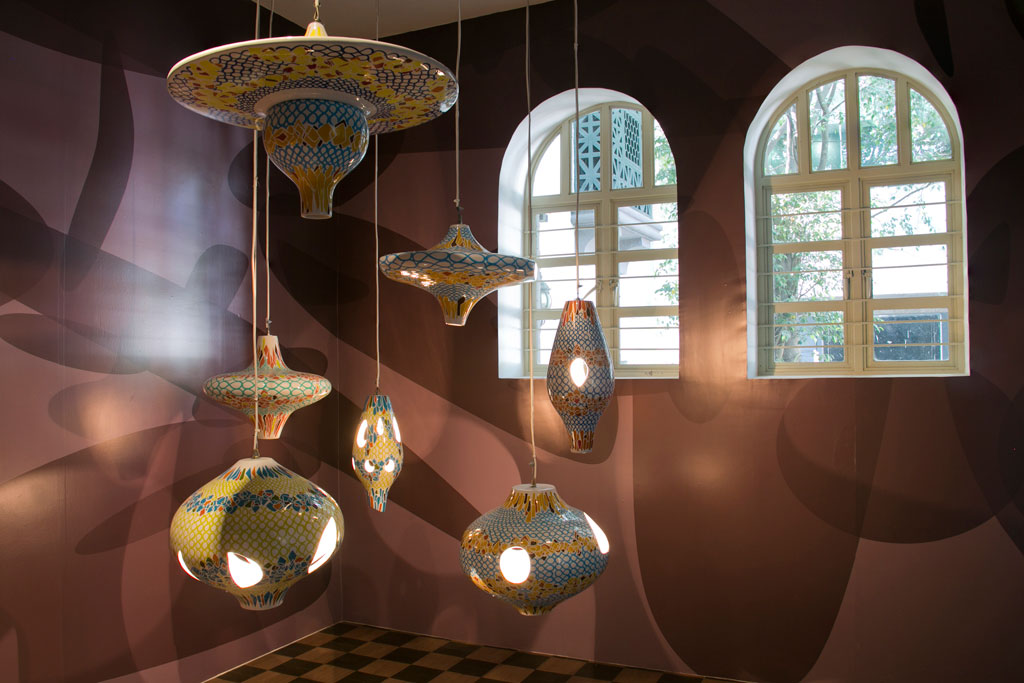 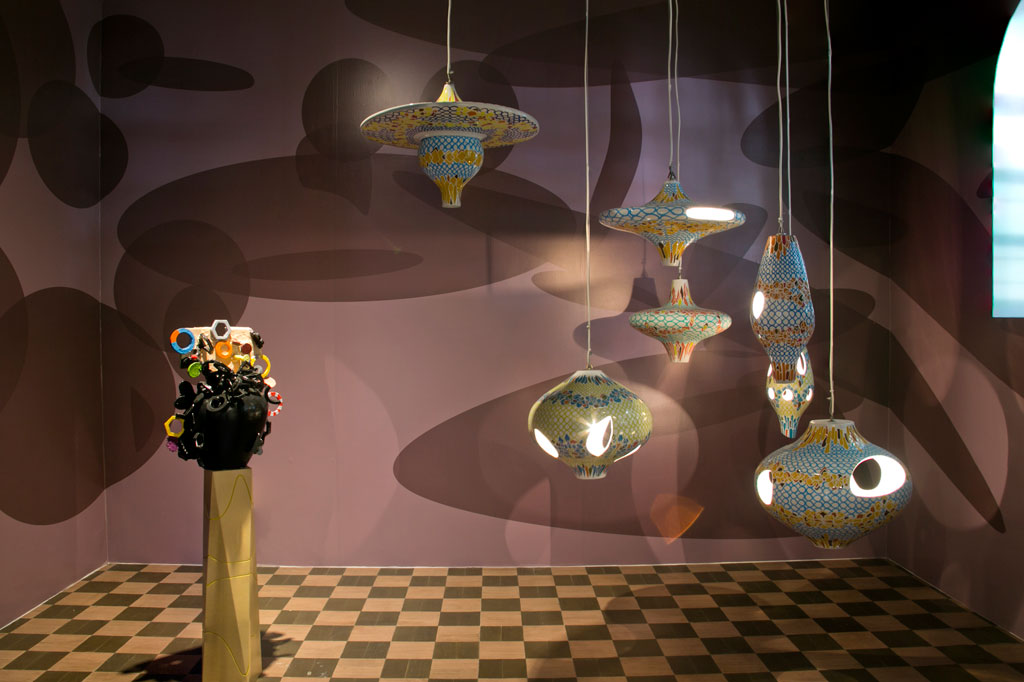 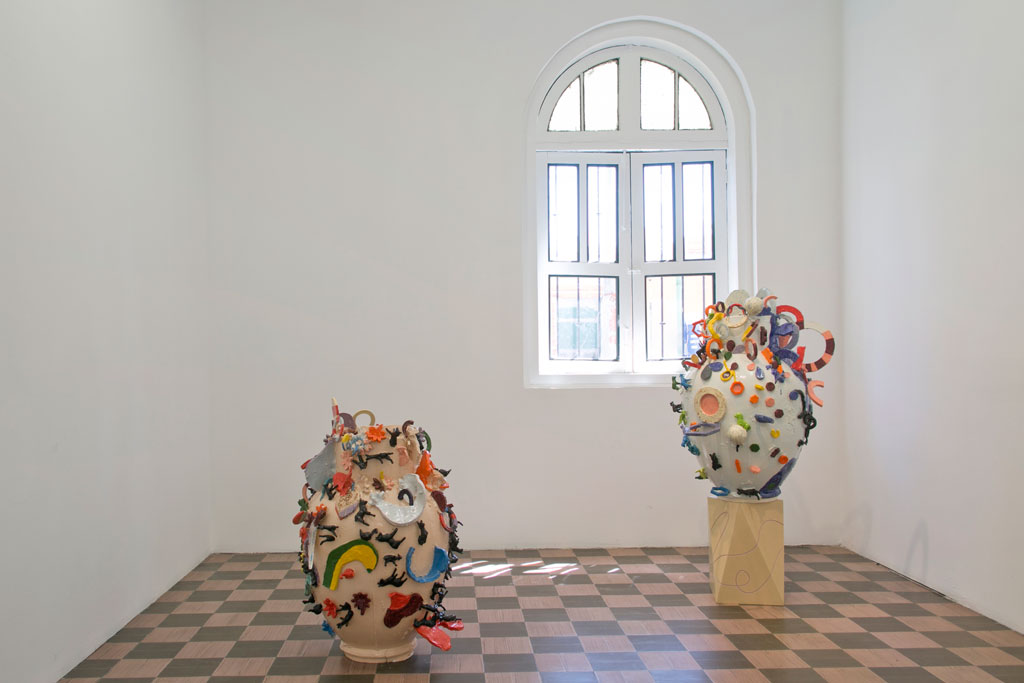 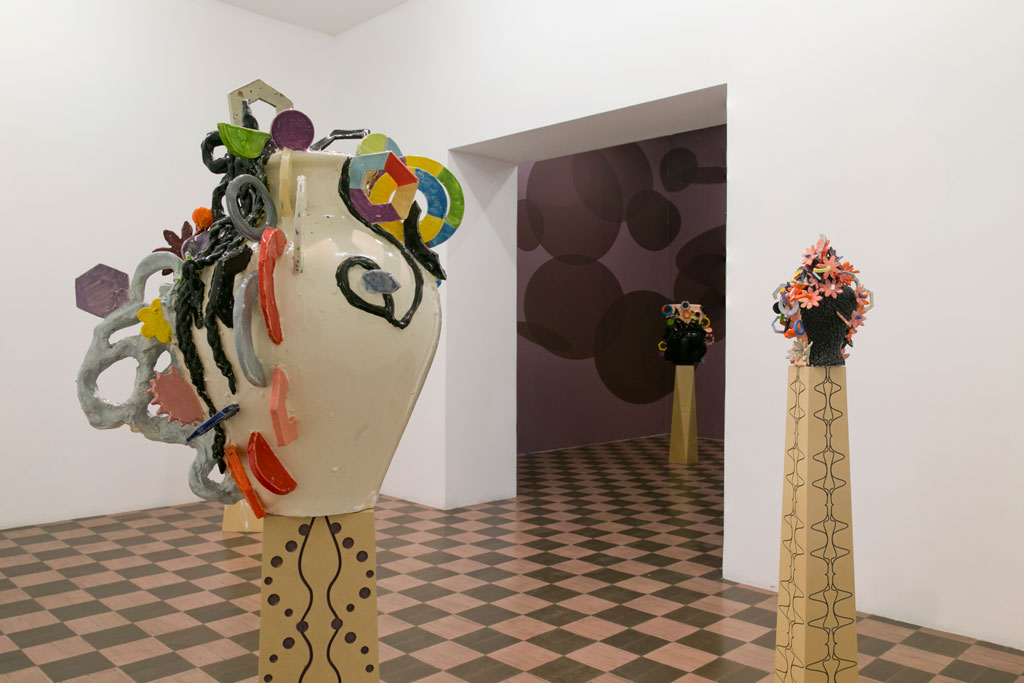 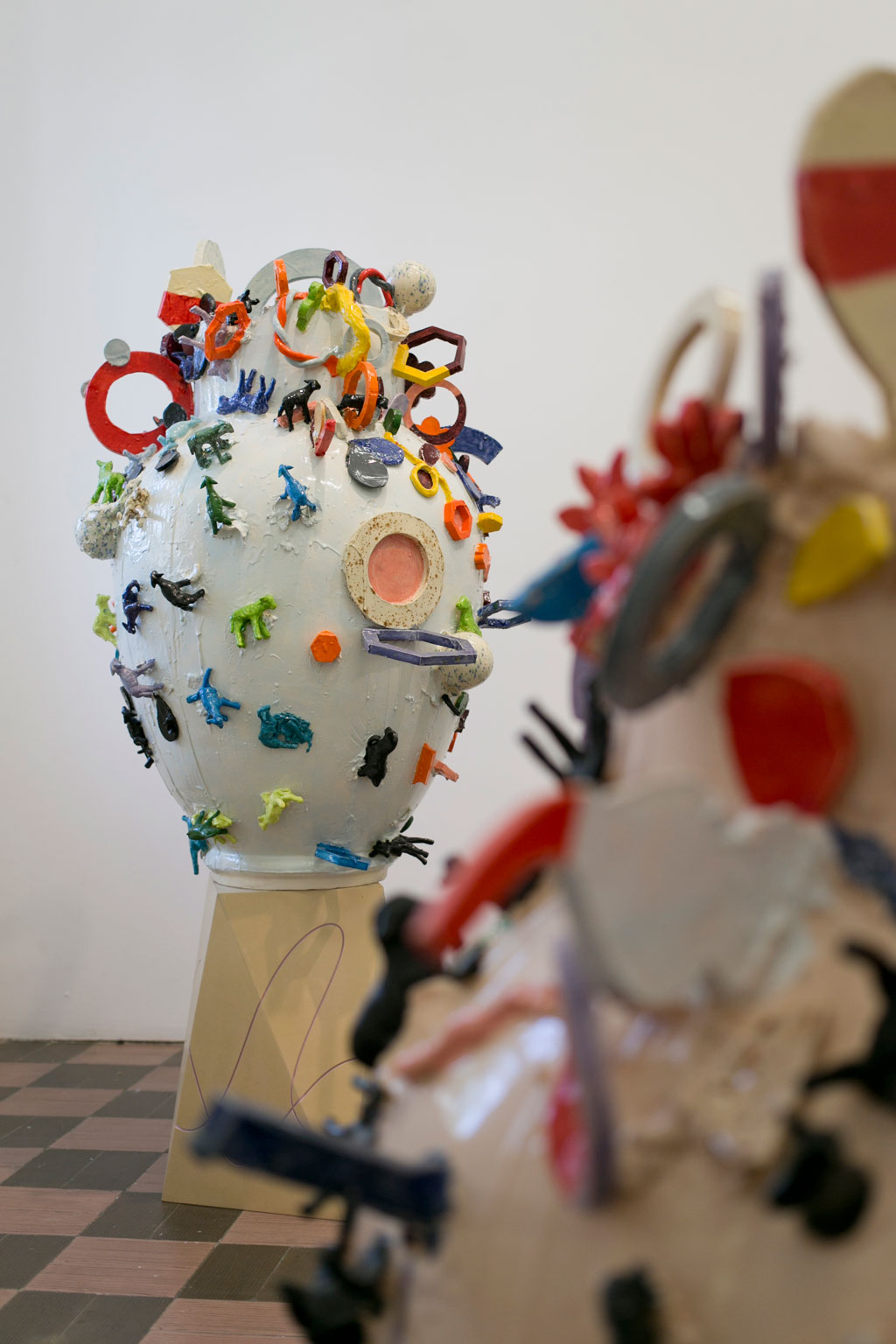 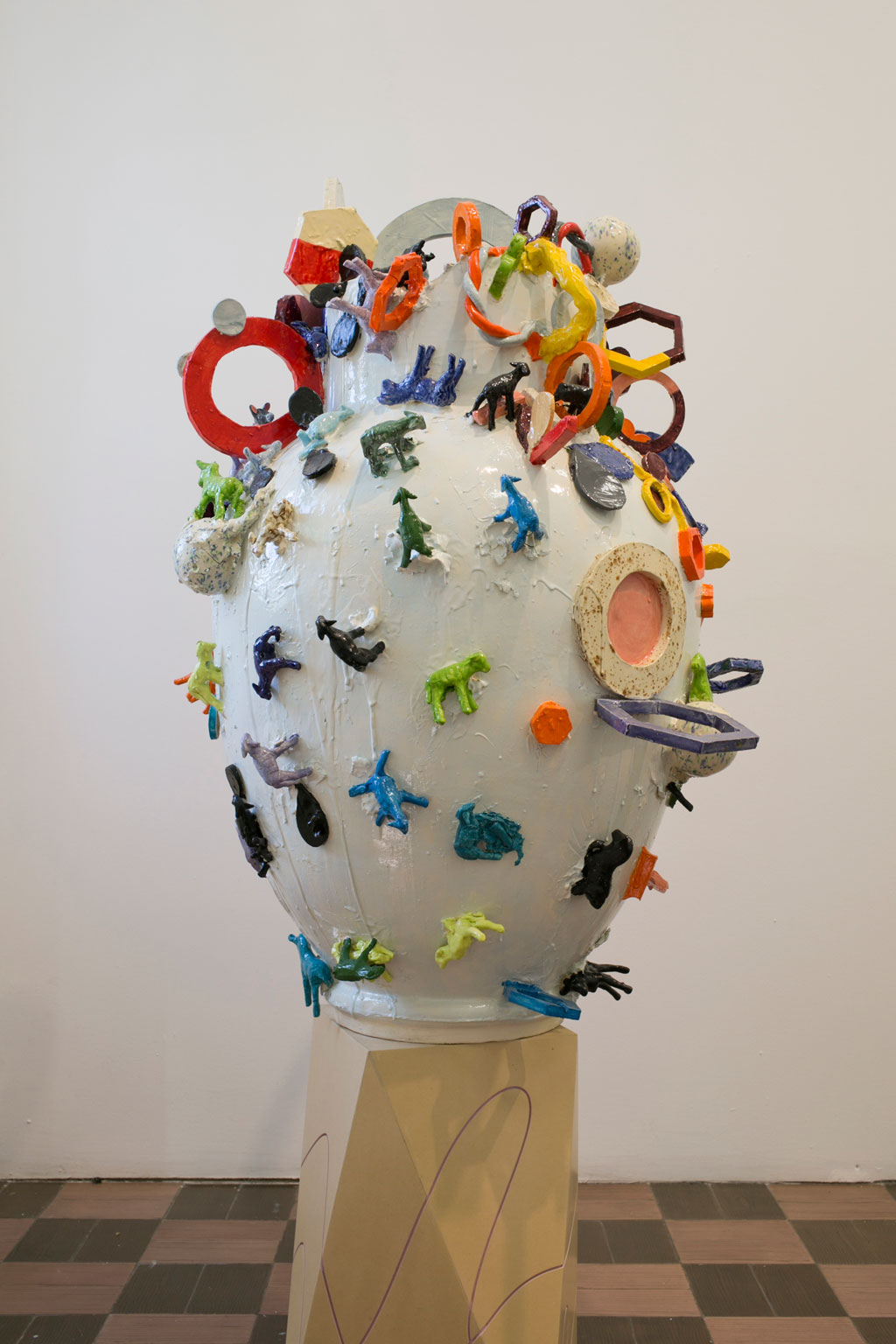 Pardo’s work explores the intersection of contemporary painting, design, sculpture, and architecture. Employing a broad palette of vibrant colors, eclectic patterns, with natural and industrial materials, Pardo’s works range from murals to home furnishings to collages to larger-than-life fabrications. He often transforms familiar objects into artworks with multiple meanings and purposes, such as a set of lamps displayed as both sources of illumination and as freestanding sculptures, or a sailboat exhibited as both a utilitarian seaworthy vessel and as a striking obelisk. Working on small and monumental scales, Pardo also treats entire public spaces as vast canvases. Pardo is engaging viewers with works that produce great visual delight while questioning distinctions between fine art and design.

Milena Muzquiz has worked for more than twenty years as an artist; very early in her career began the construction of a small ceramic studio in Tijuana. Muzquiz studied sociology and philosophy with Kurt Vonnegut at Chapman University in Santa Ana, California where the teachers led her to art schools in the Bay Area.In 1992 she meets Martiniano Lopez Crozet at the California College of Arts and Crafts in Oakland California, where they became friends at a nude drawing class and soon convinced the class professor to let them bring some music and create sets for the models. That was the beginning of “Los Super Elegantes,” a performance collaboration that lasted over seventeen years. Unexpectedly they had several hit songs, and started performing in music festivals throughout Latin America combined with large-scale performances for art institutions such as the Whitney Museum, the Frieze Art Fair in London and the Museo Tamayo in Mexico City. In 2007 she moved to Sicily where the work of “Los Super Elegantes” continued.
Most recently, she had a ceramic exhibition for the Francesco Pantaleone gallery in Palermo. Upon her return to Los Angeles, she started on a new project that finds its roots in the representation of domestic prison, using vases where the flowers and interventions become a sculpture. She continues working on this project. In 2013 she changed her residence to Merida where she is expanding her work experimenting with materials for the manufacture of vases while focusing on local traditions. She has been awarded recently with the “Promise Artist” grant given by the Tiffany Foundation.