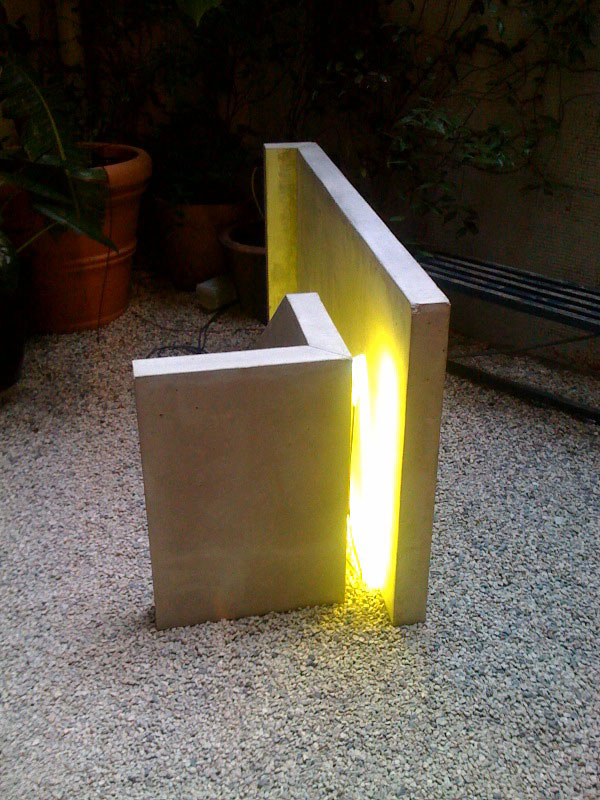 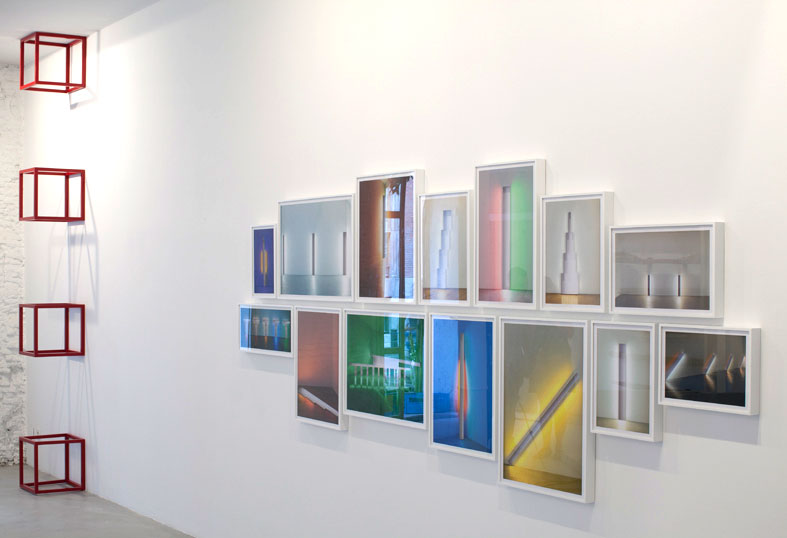 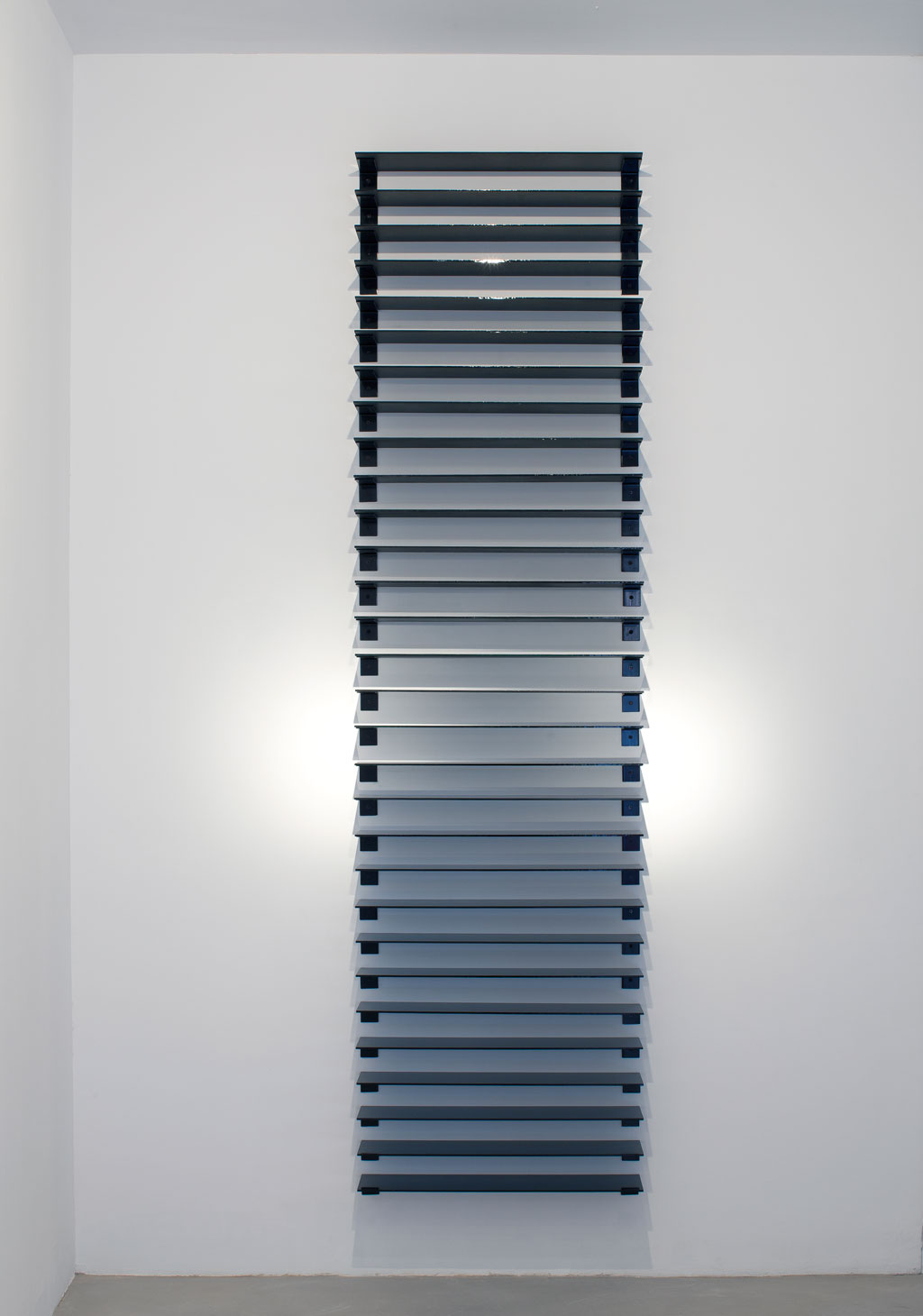 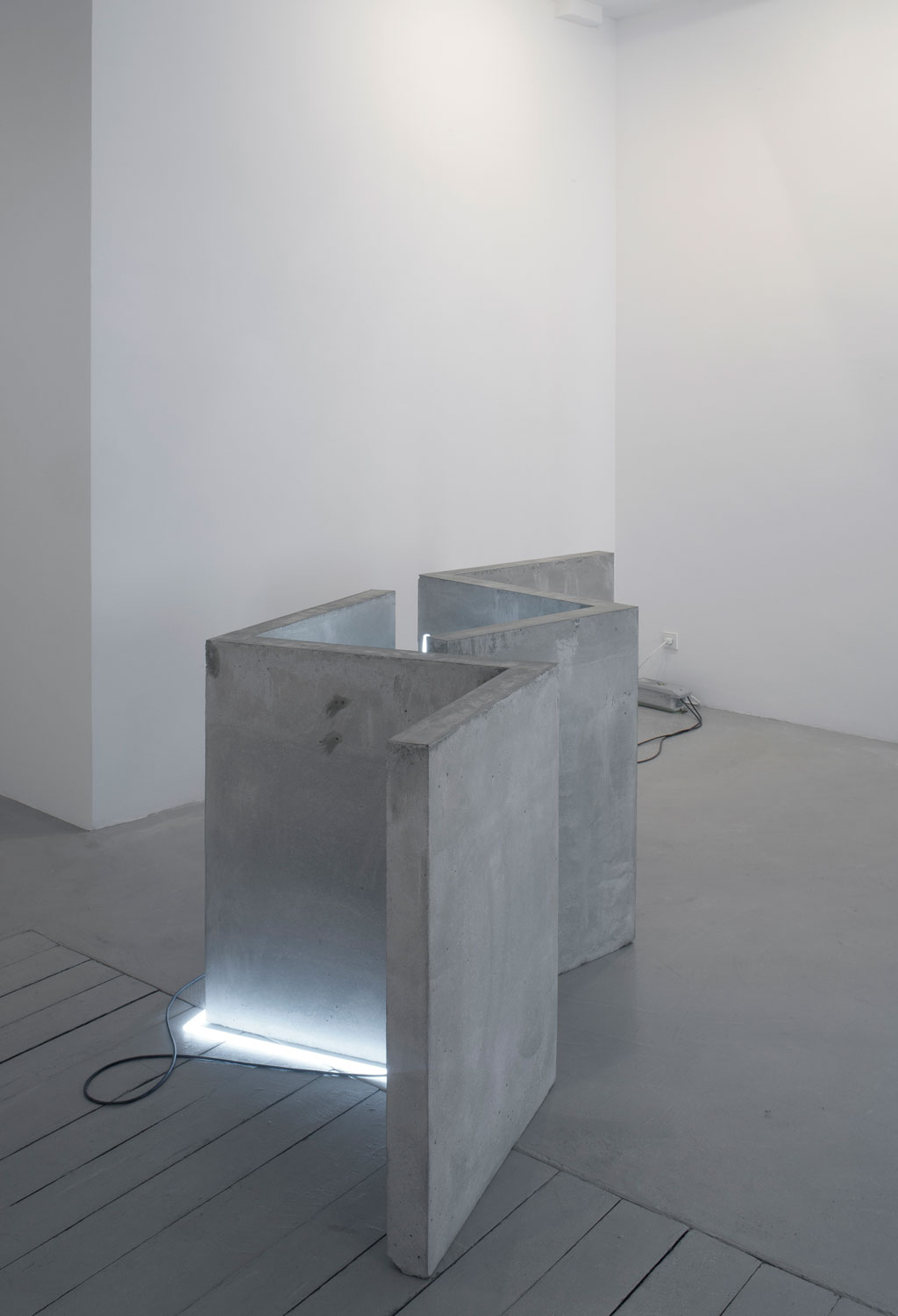 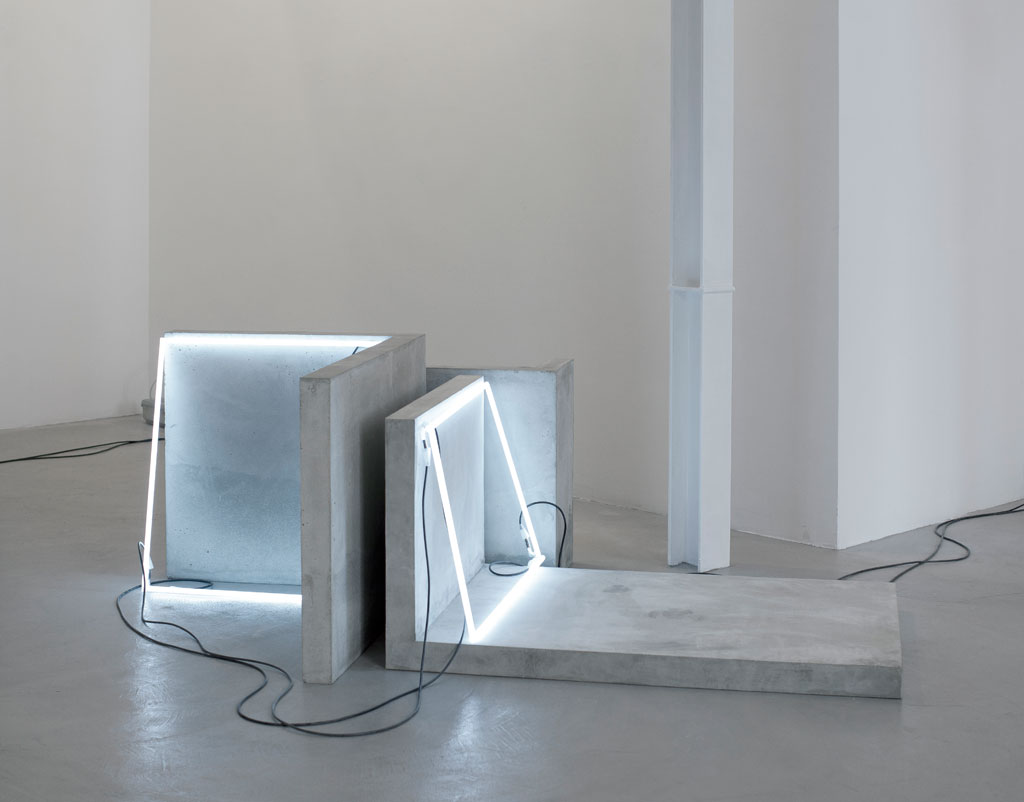 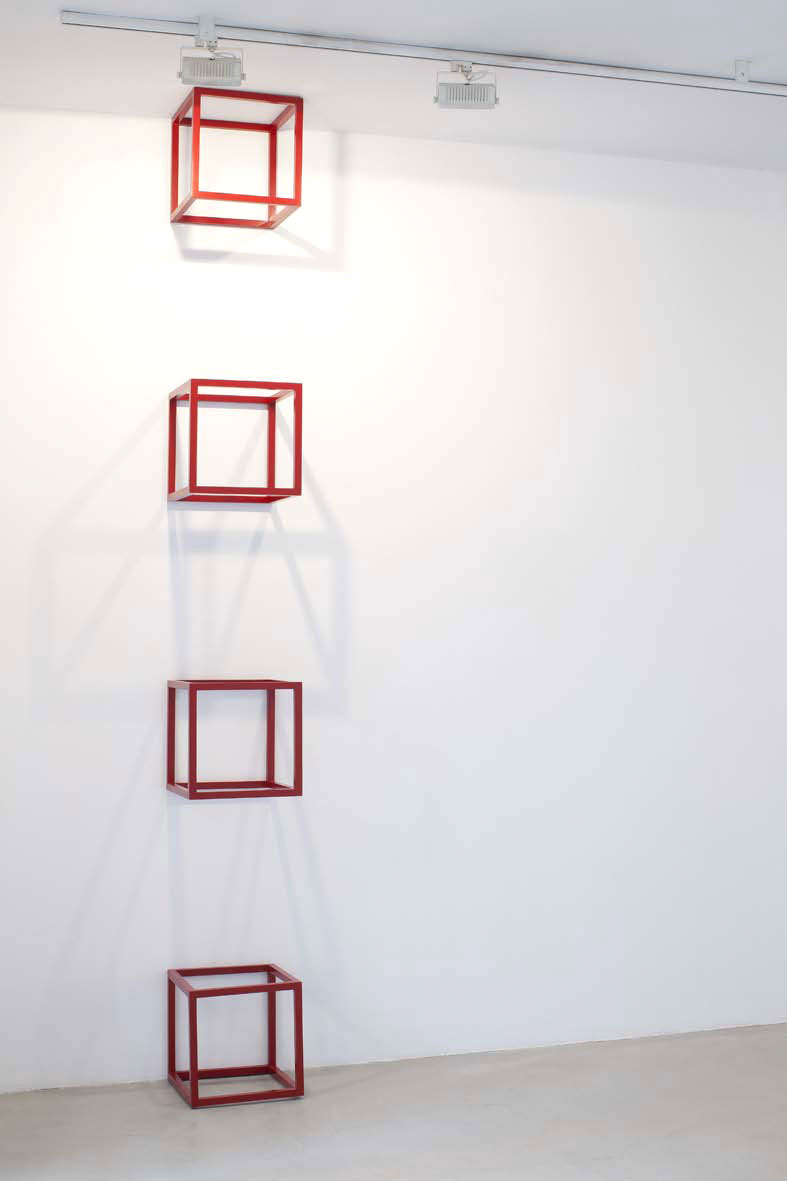 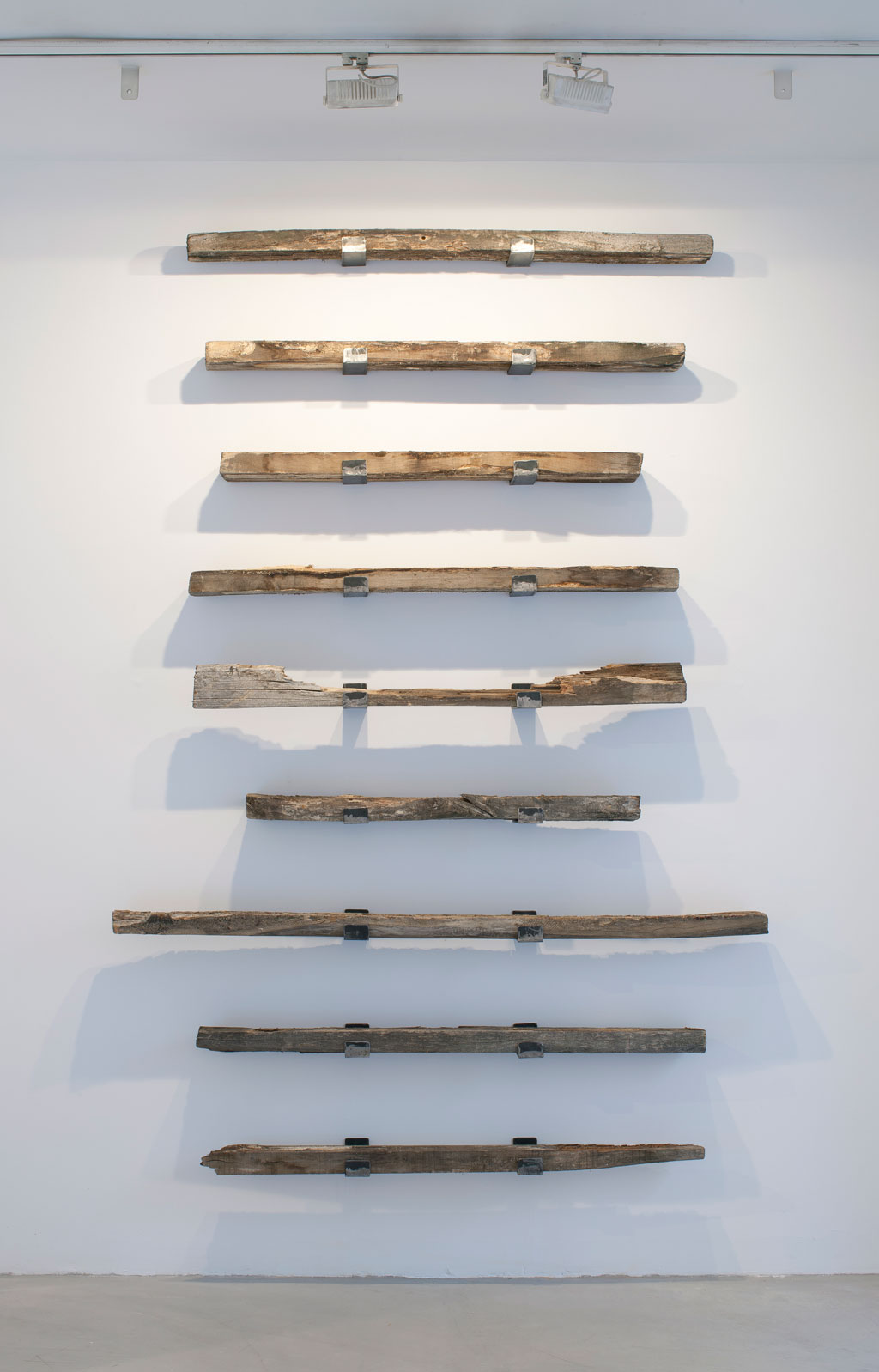 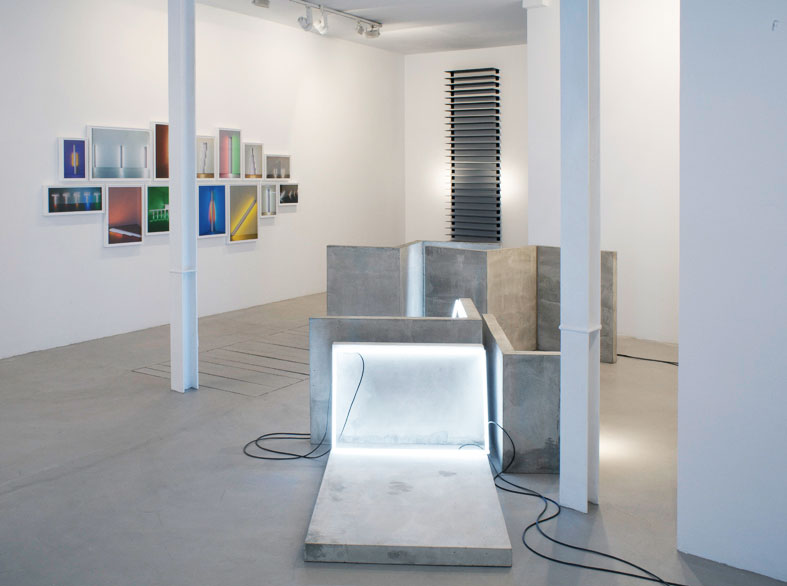 The gallery Travesía Cuatro is pleased to present EL JUEGO DE LO POSIBLE, the third individual exhibition by Mexican artist Jose Dávila (Guadalajara, 1974). This show takes its title from the book with the same name by French biologist François Jacob and explores topics discussed in the book.

Through a group of sculptures the artist raises an abundance of questions: What would be the result of joining arithmetic and chance? What would happen if scientific reason and popular knowledge were united? What if agitation were combined with certainty? By putting these apparently opposite realities side by side, Dávila invites us to embark on a journey to the place where they come together, to the meeting point. This exhibition uses geometry to communicate its message; it invites us to contemplate the work of art as the overlapping of elements that mark and define space through simple mathematics. By placing ordinary materials in a certain manner they acquire a new meaning. With no intention of demonstrating anything more than this, the sculptures encourage us to recognize the creative possibilities of a simple act. Thus the idea is a scheme of objects and things that come together by their materialistic contradiction; in the way they are presented as a sculpture to the observer. Despite the perceptible simplicity, this conjunction is a call to reflection on the wide array of possibilities that exist for organizing the world through the objects that surround us.