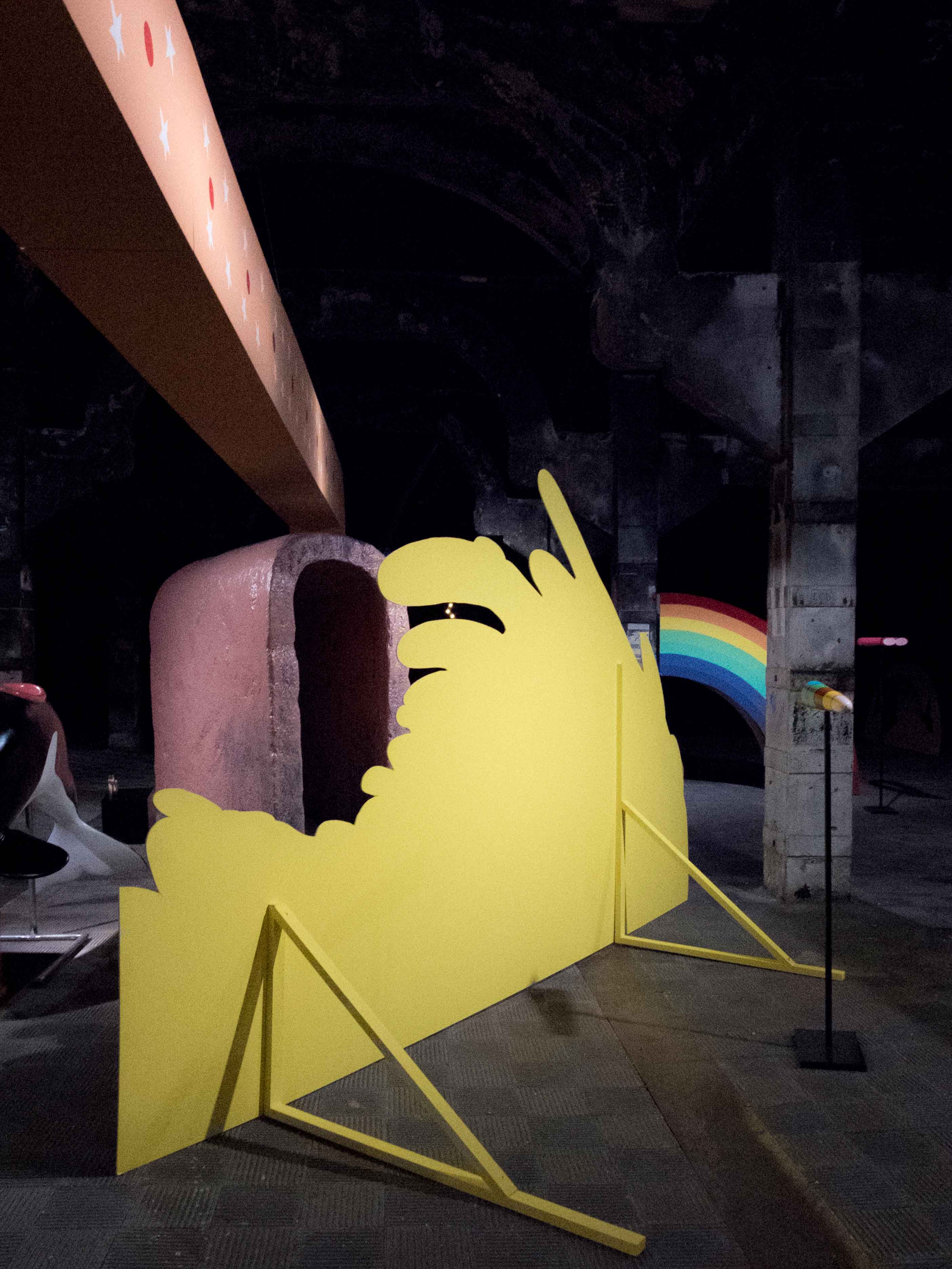 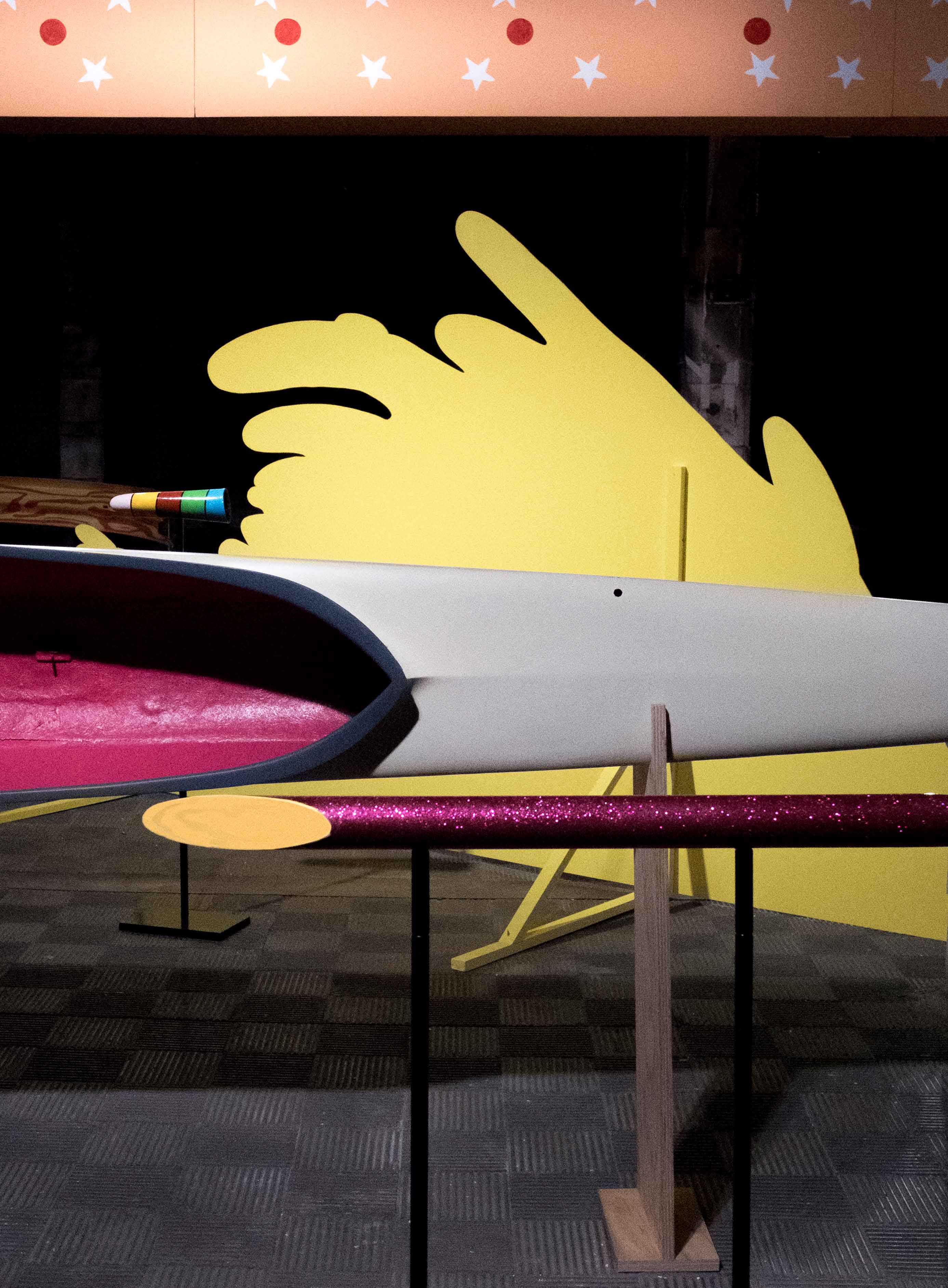 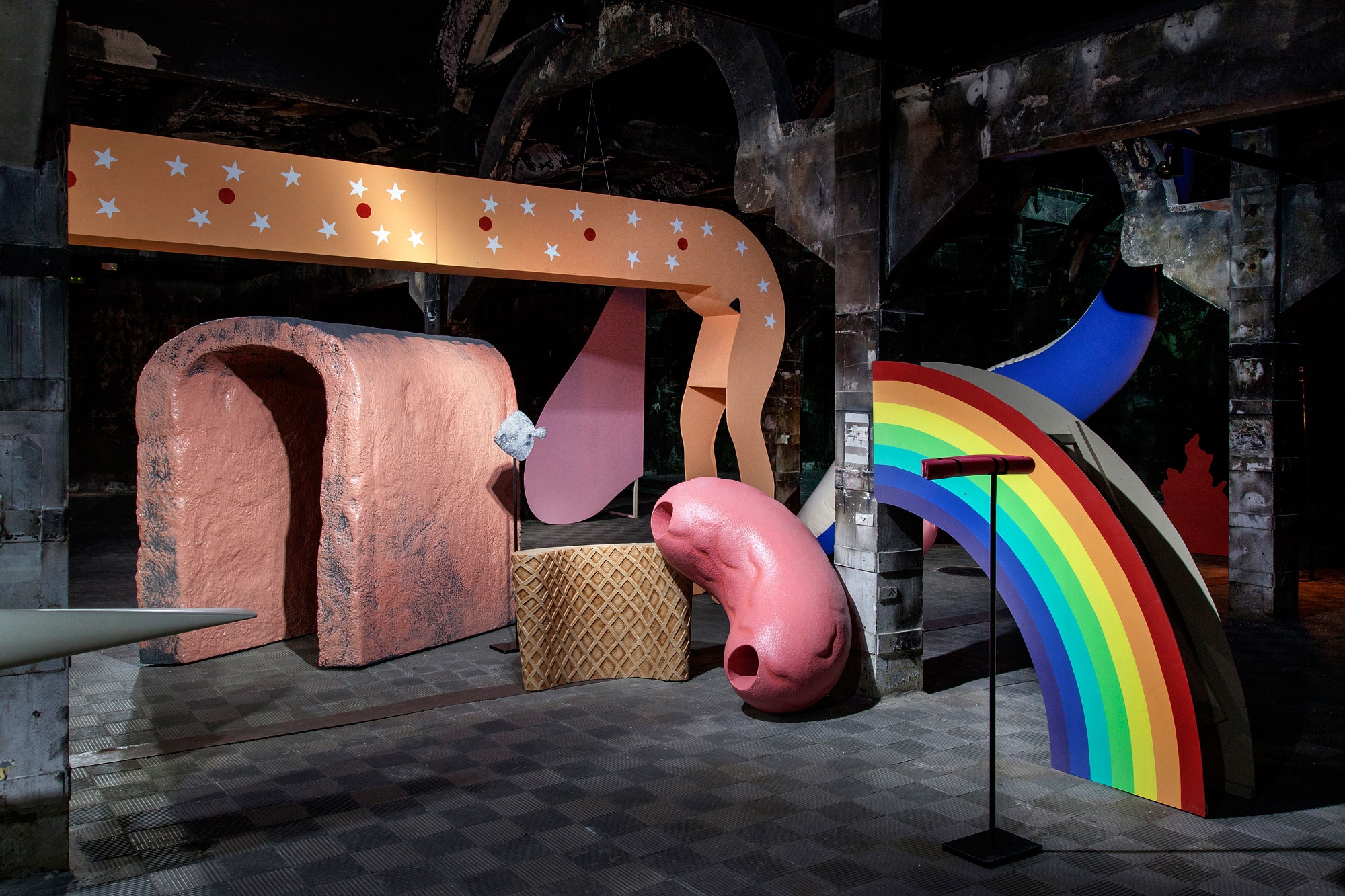 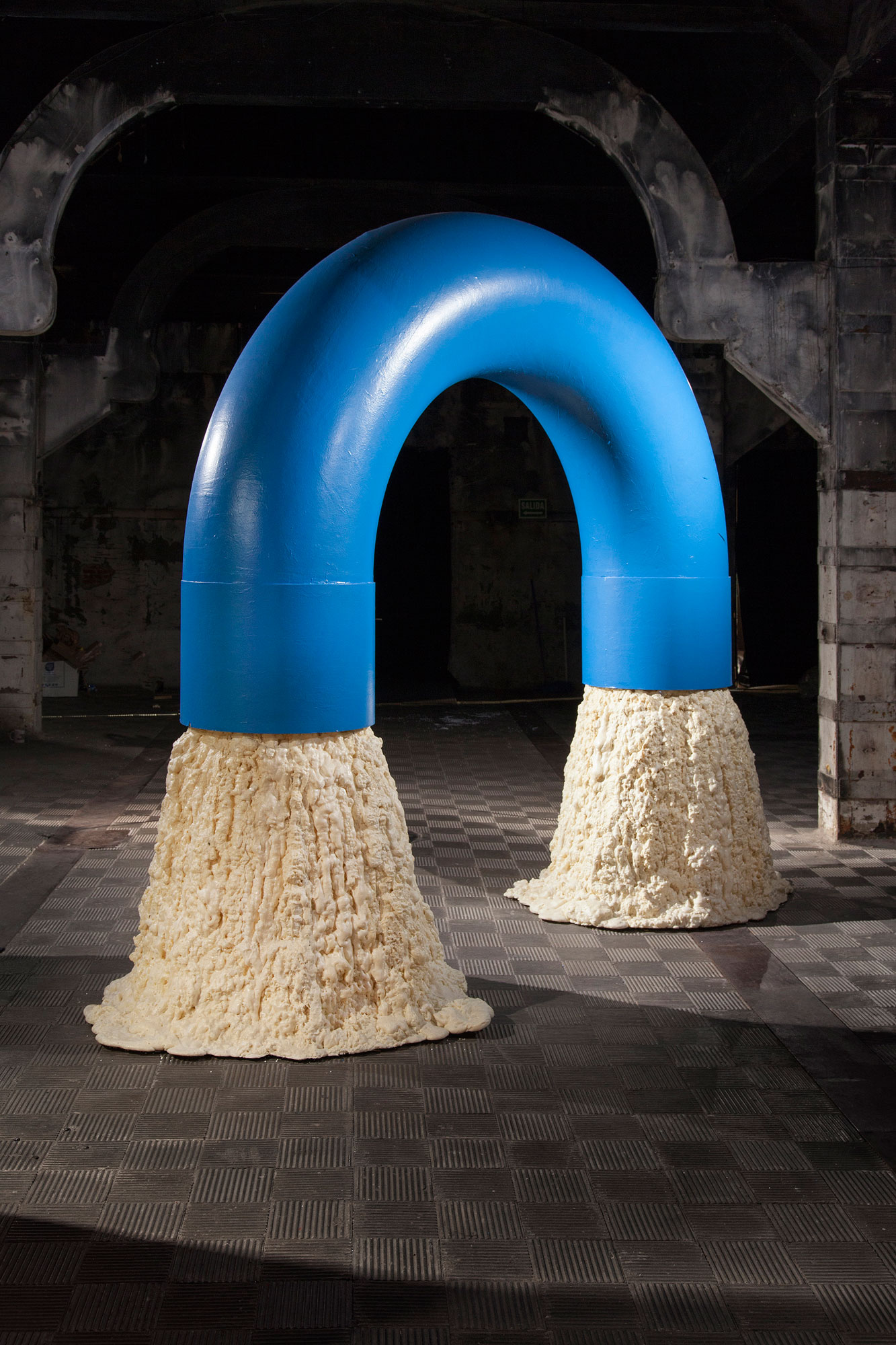 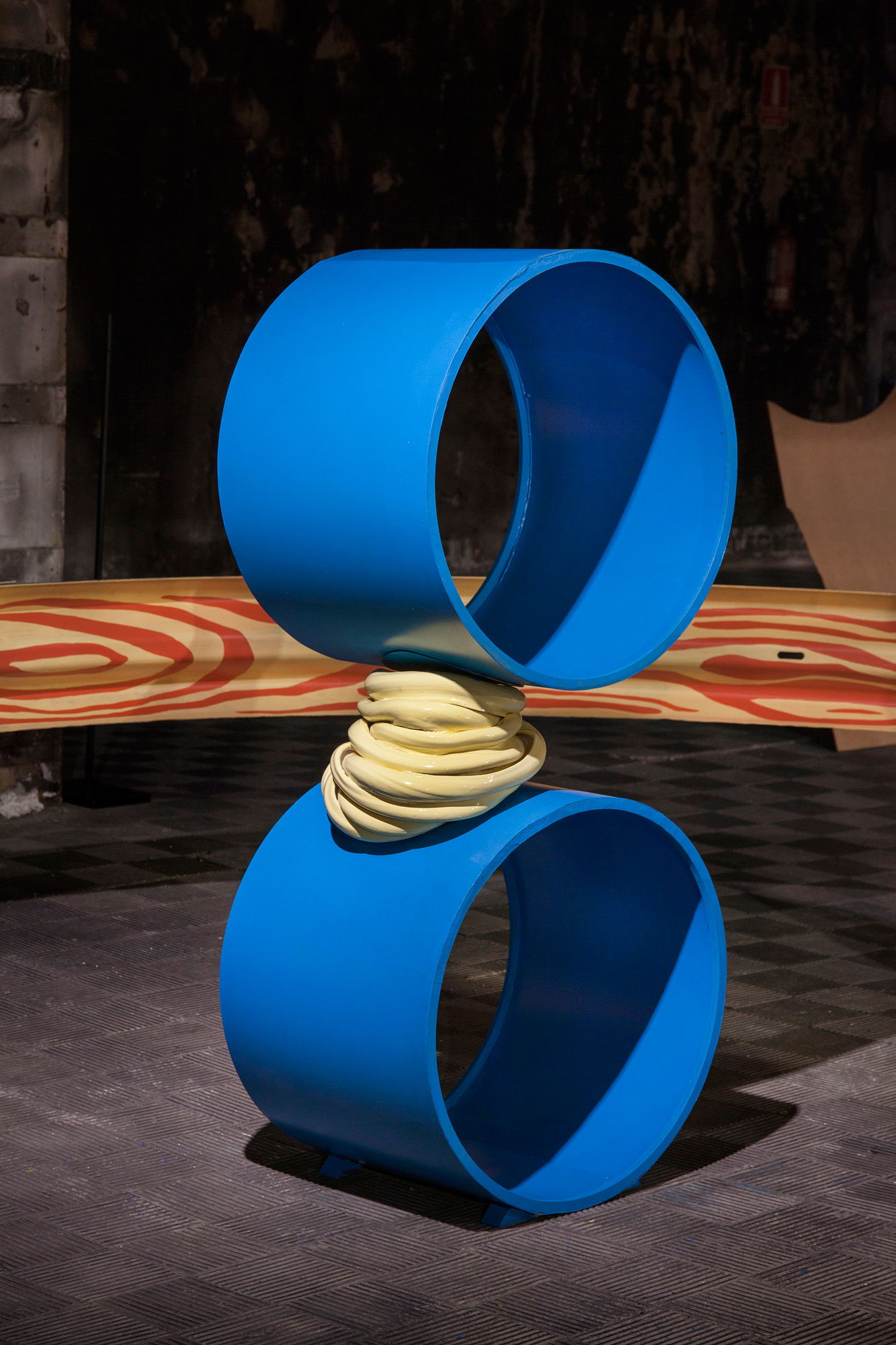 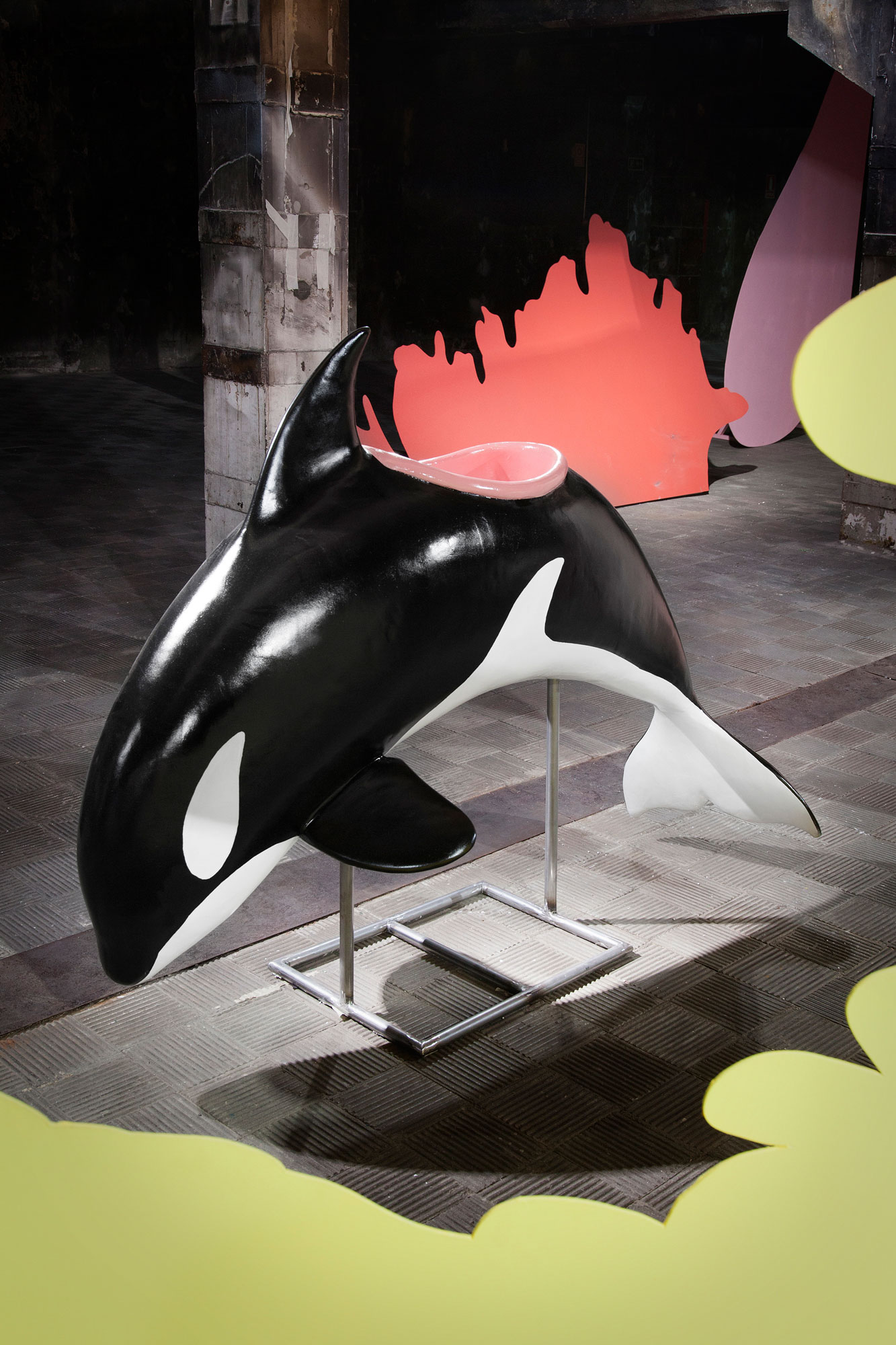 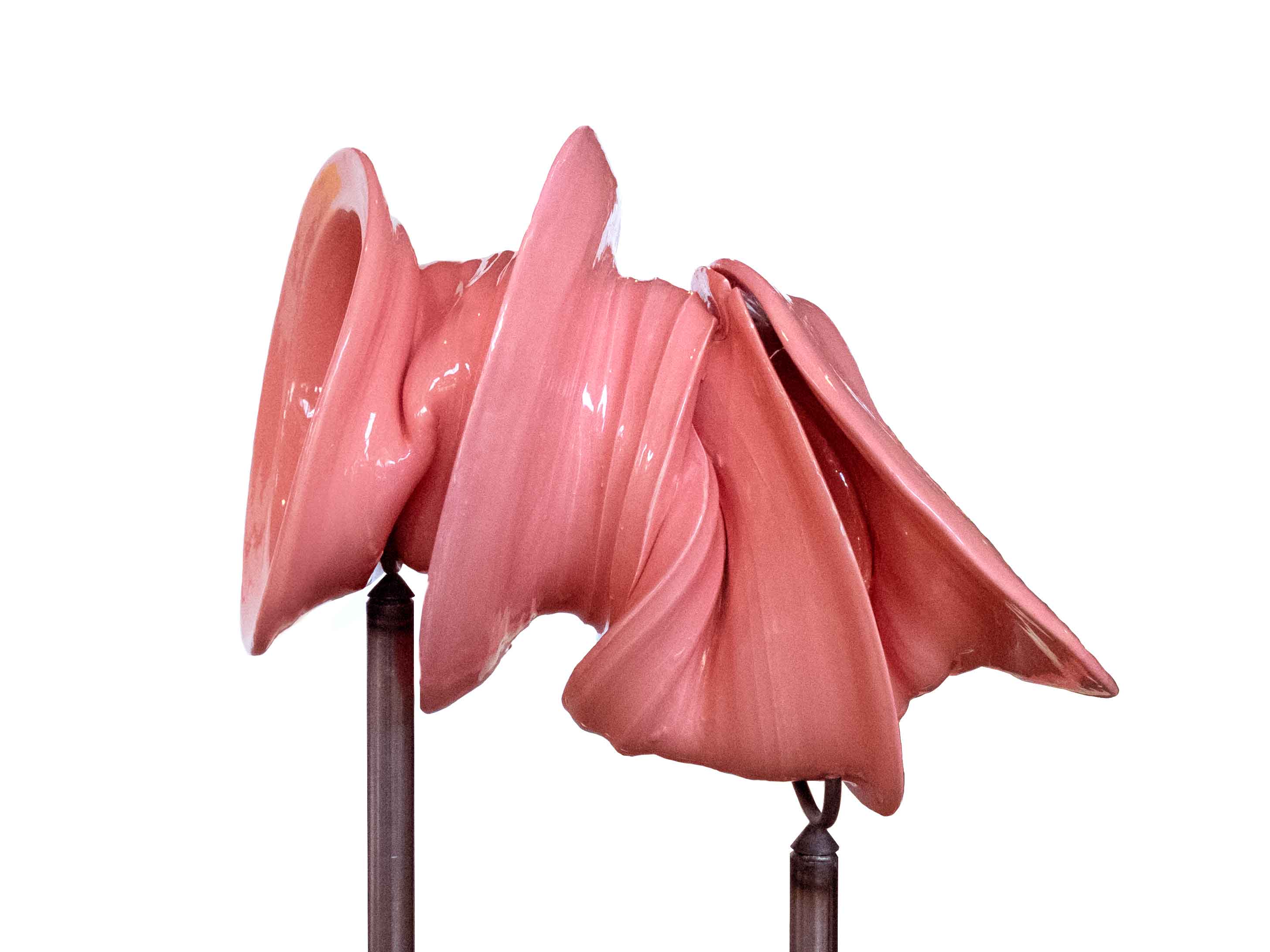 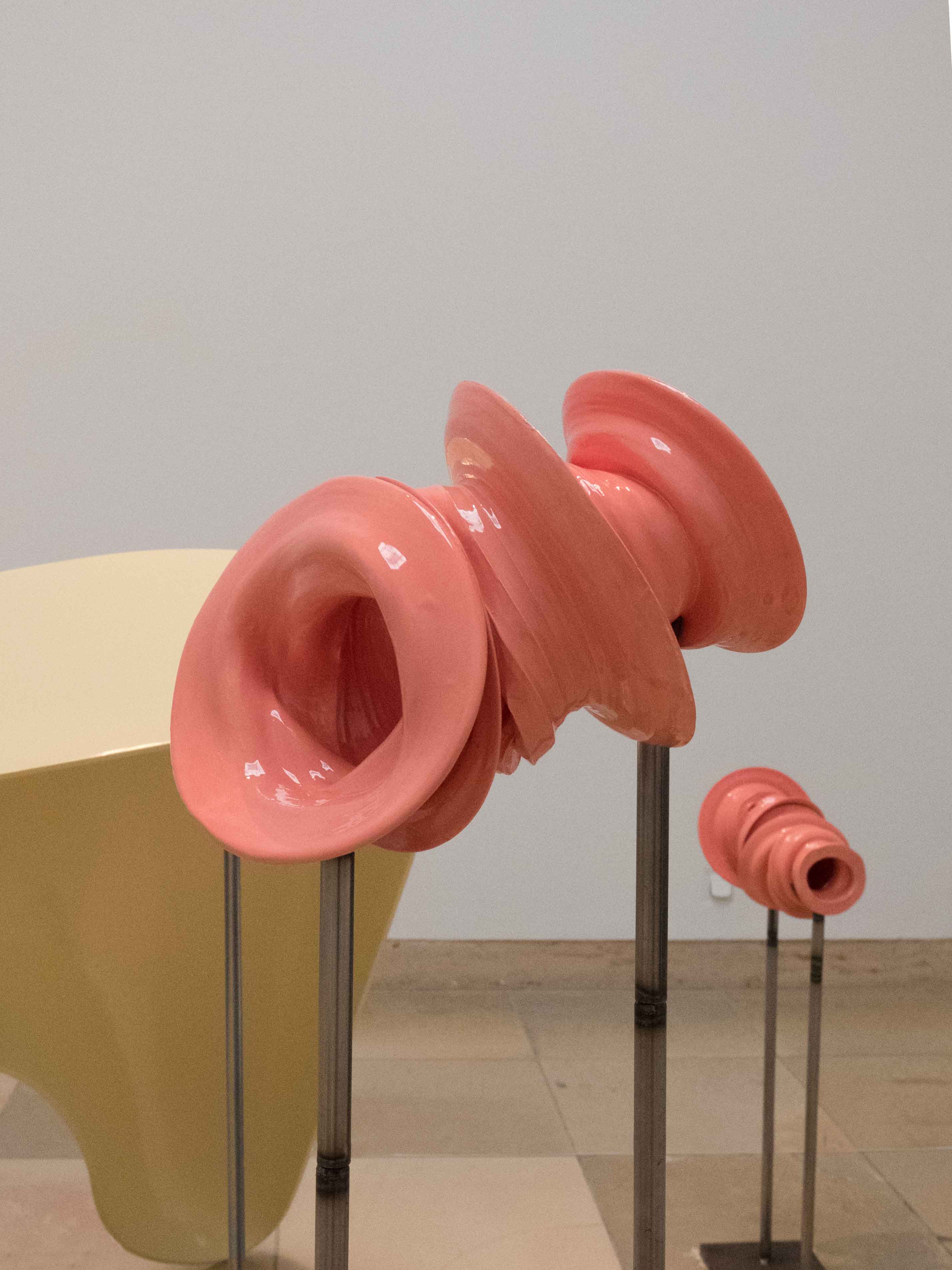 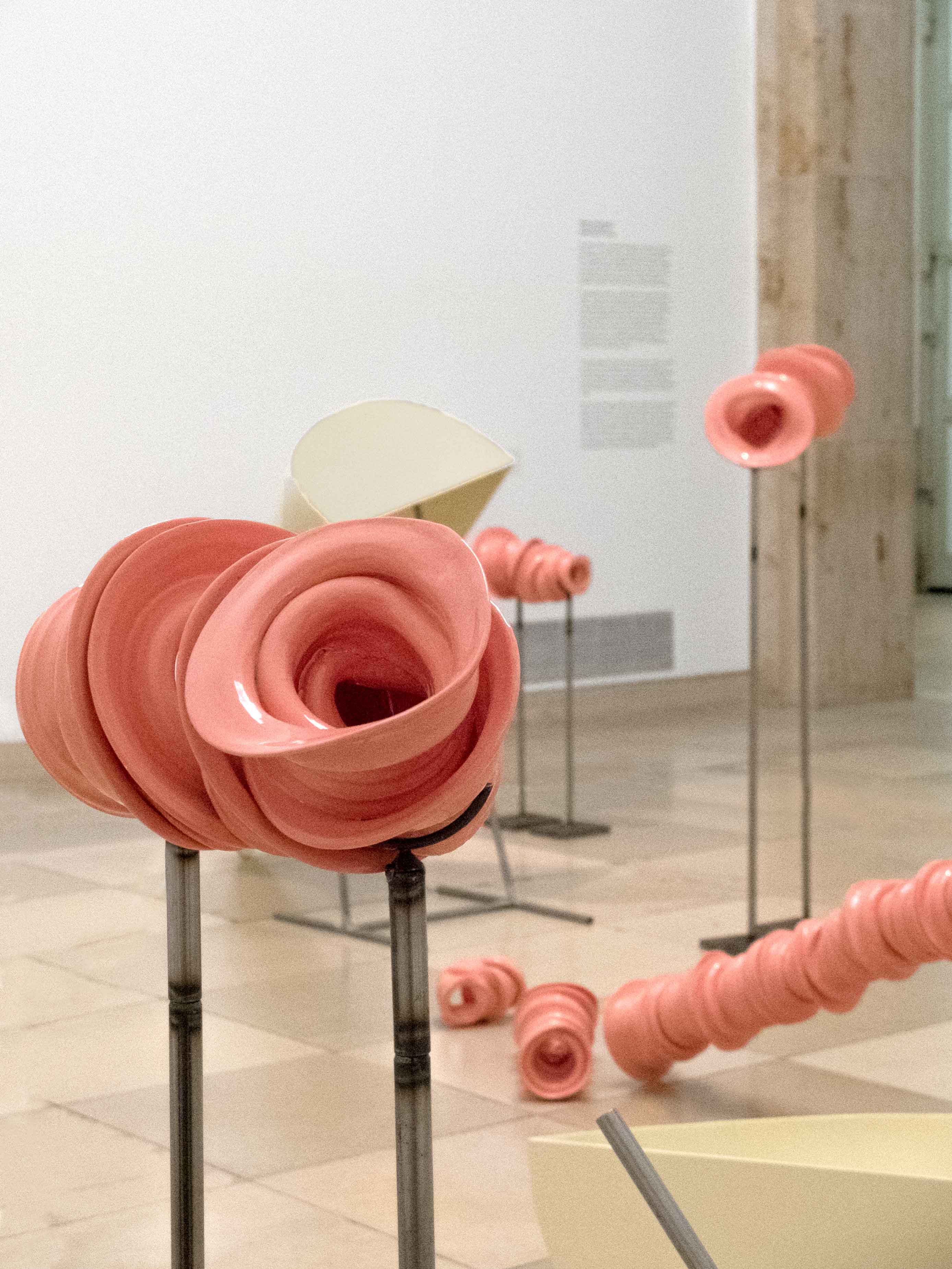 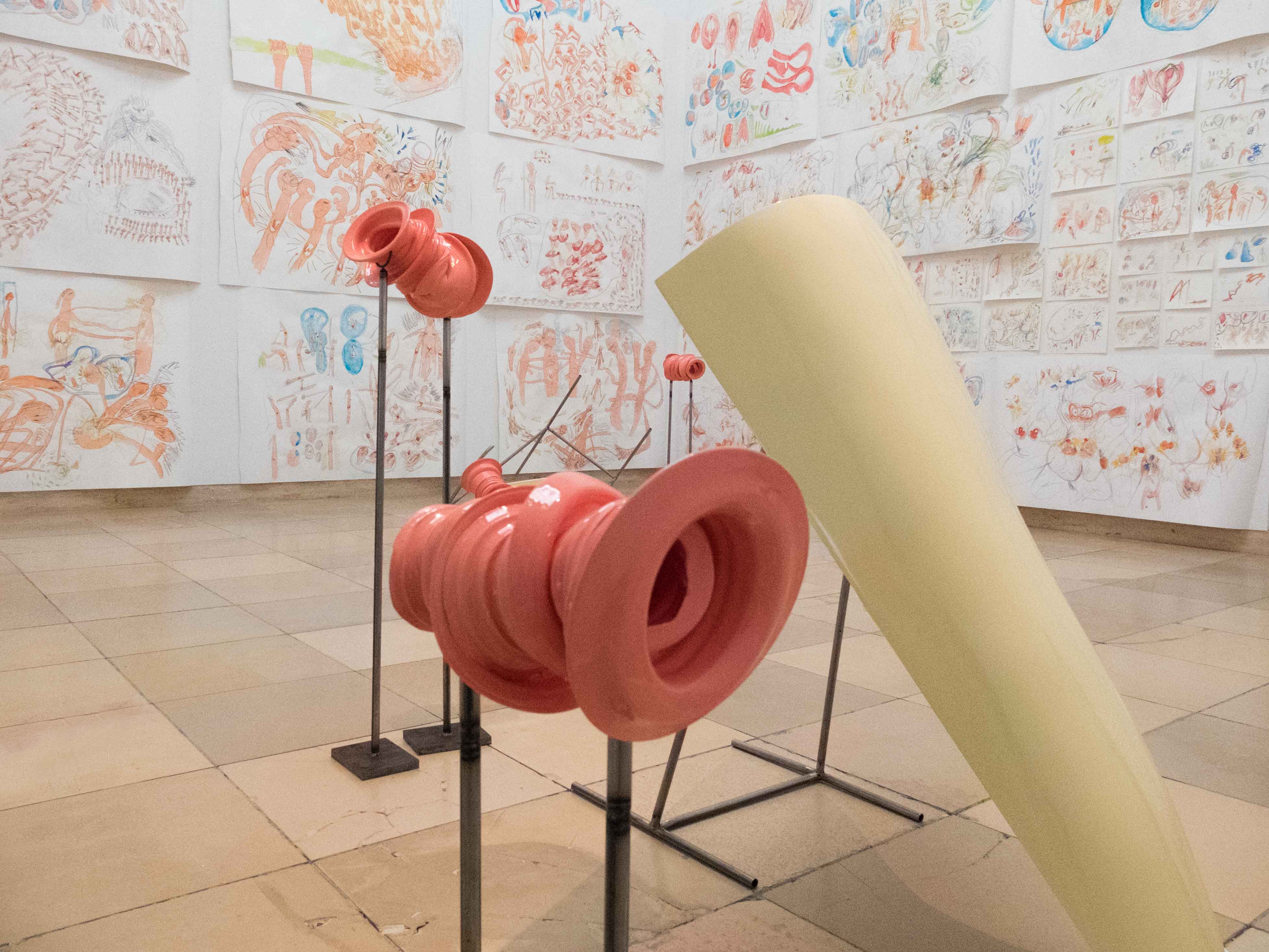 Teresa Solar works across sculpture, video, drawing and photography. Her audio-visual practice has been mostly focused on language, translation, and the construction of meaning. These topics remain at the core of her practice, but nowadays they are tackled mainly through sculpture. The tactile quality is fundamental in the artist’s sculptural practice, which focuses mainly on ceramics but also includes materials like fabric or metal.

Solar’s imaginary has a strong narrative drive and her creative process often begins with the discovery of a story or an idea that she later explores in depth. Her exhibitions usually function as an entire whole, creating complex worlds that either draw from literary works of fiction, Natural History or more terrestrial narratives that are close to her personal story.
Her exhibition ‘Flotation Line’ at Der Tank in Basel drew from universal works such as Thomas Hobbes’s Leviathanand Herman Melville’s Moby Dick while in ‘Ride, ride, ride’ at Matadero Madrid the central figure was Nut, the Goddess of the Night in Ancient Egypt, a celestial creature that connects to her family history.

The daughter of a Spanish father and an Egyptian mother, Solar speaks Arabic, but she can’t read or write it, and this circumstance has greatly imbued her work, in which everything is a game with transit, language and its changing translation processes. The cultural and linguistic implications of her dual identity are palpable in her work as she constantly explores the transformation of matter, her objects constituting a hybrid between the manmade, the natural and the mythical.

She was a fellow at Akademie Schloss Solitude in Stuttgart and a Finalist at the Rolex Mentor & Protégé initiative, both in 2016. In 2018 she took part in the expedition “The Current” organized by TBA21-Academy and she conducted the workshop ‘White Whale, Palace of a Thousand Courtyards’, at Tabakalera San Sebastián. She took part in KölnSkulptur #9 curated by Chus Martínez in Cologne (2017-2019).

In 2020 she will take part in the Liverpool Biennial curated by Manuela Moscoso.

The group show ‘Querer Parecer Noche’ taking place at Centro de Arte Dos de Mayo (CA2M) in Madrid will host the work of Teresa Solar Abboud. It will run from the 10th October to the 28th January 2019.