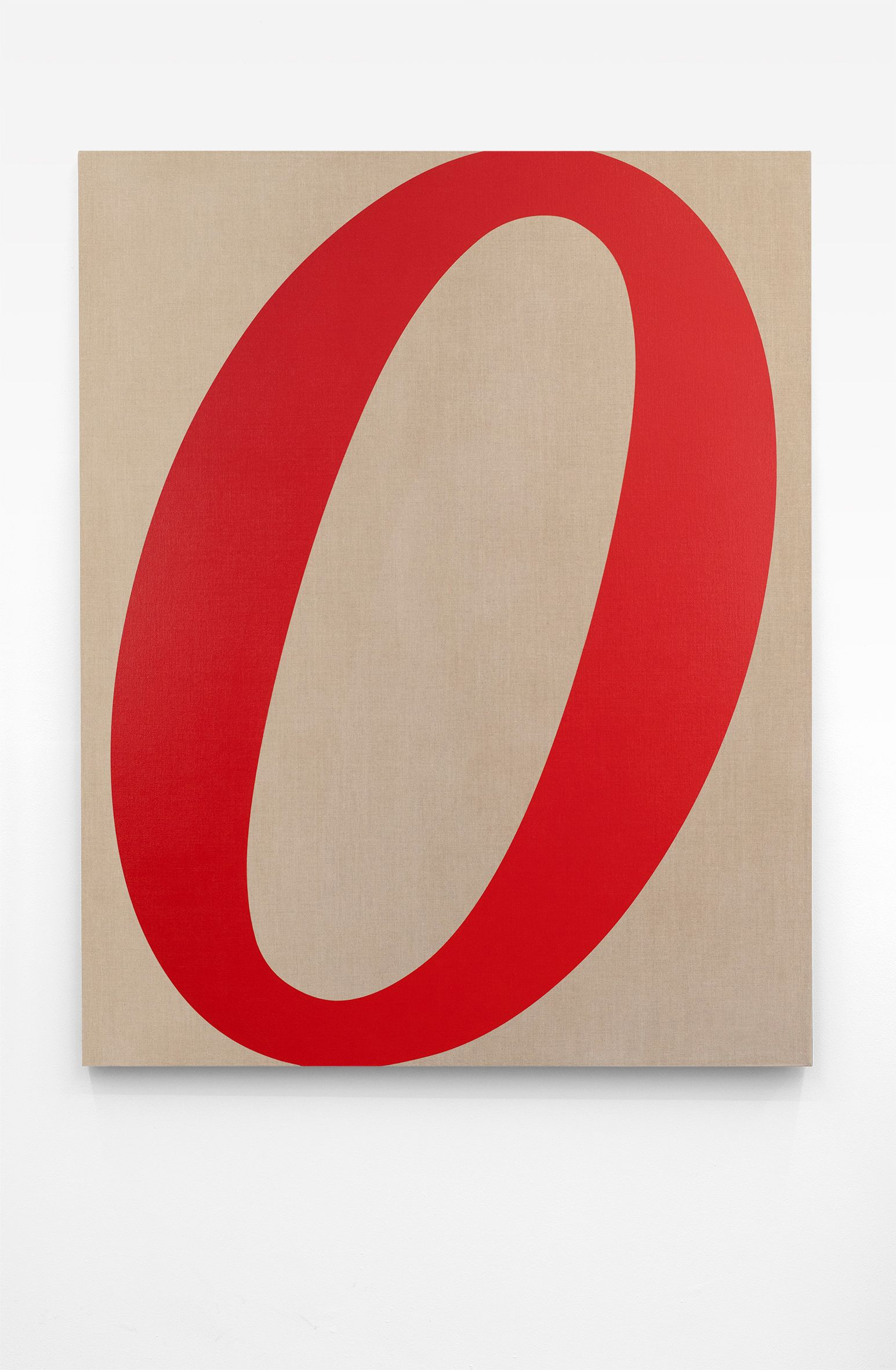 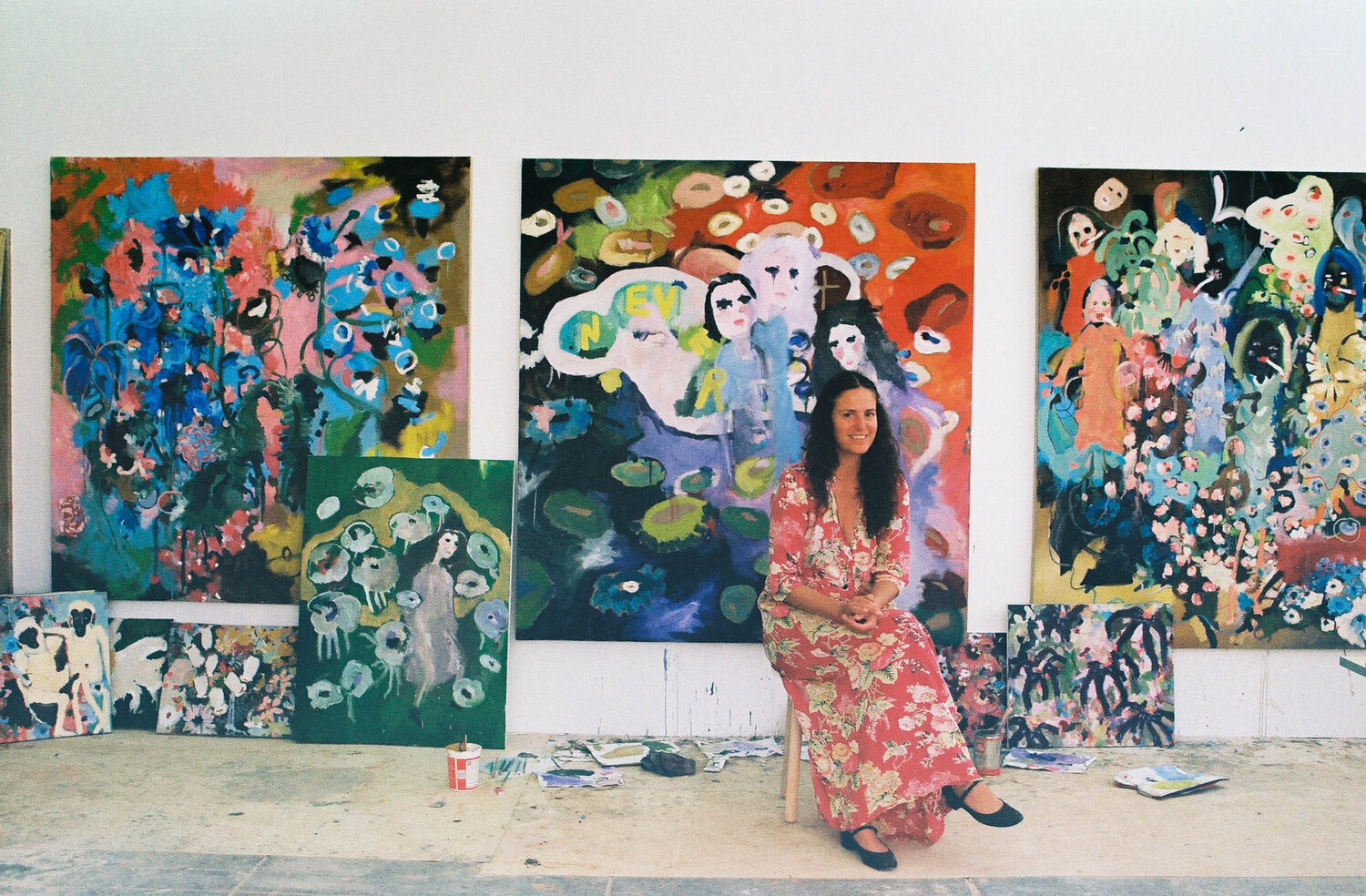 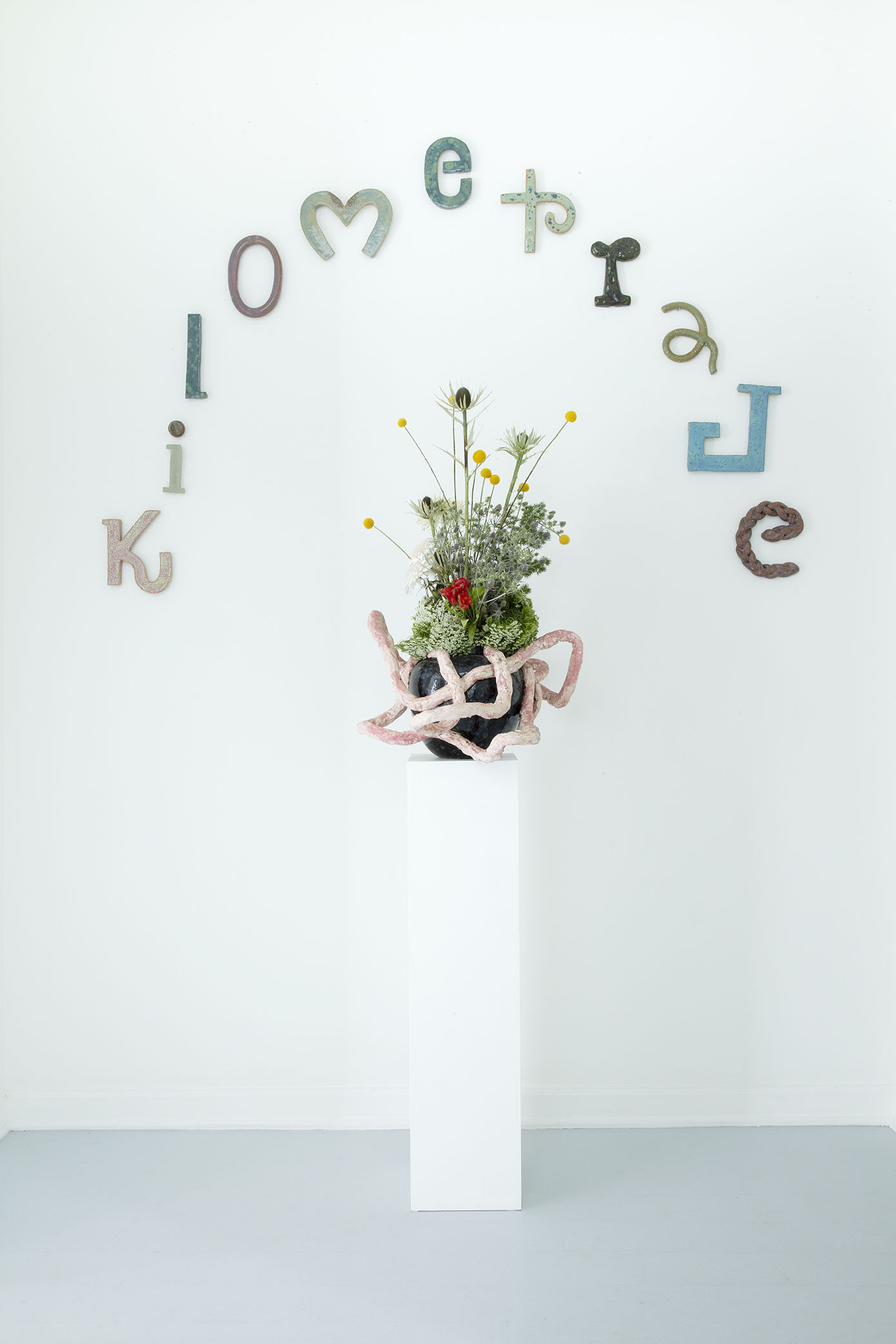 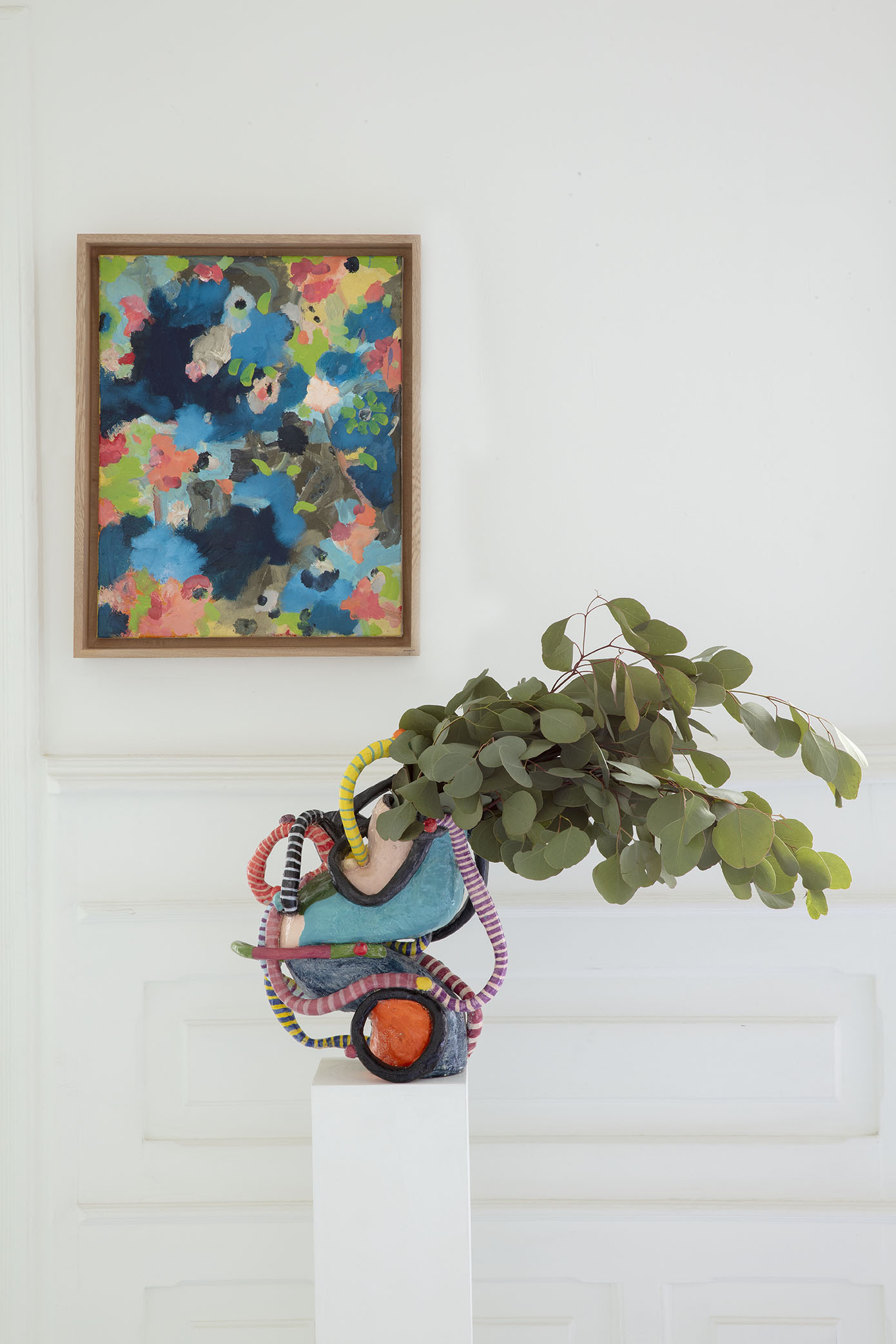 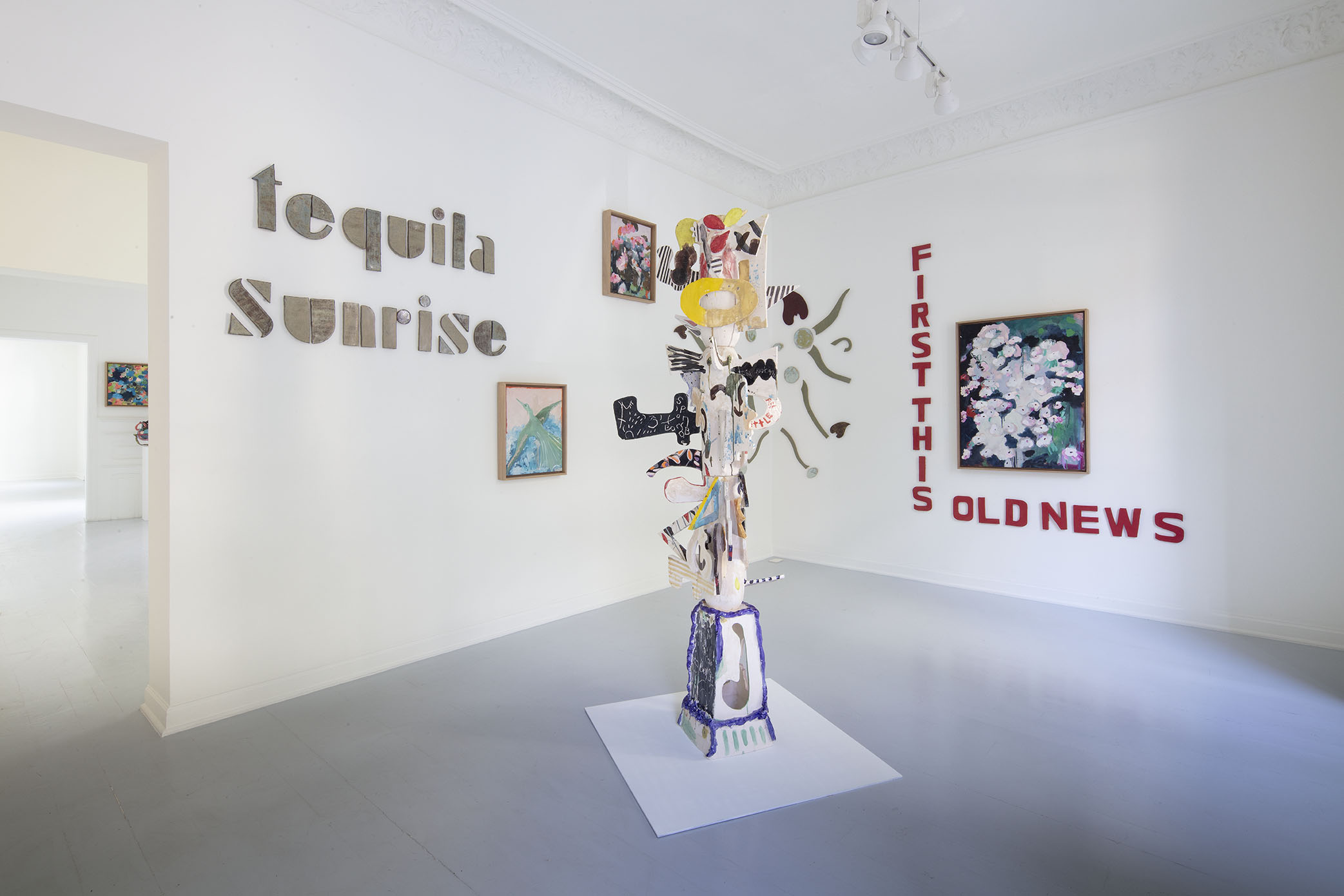 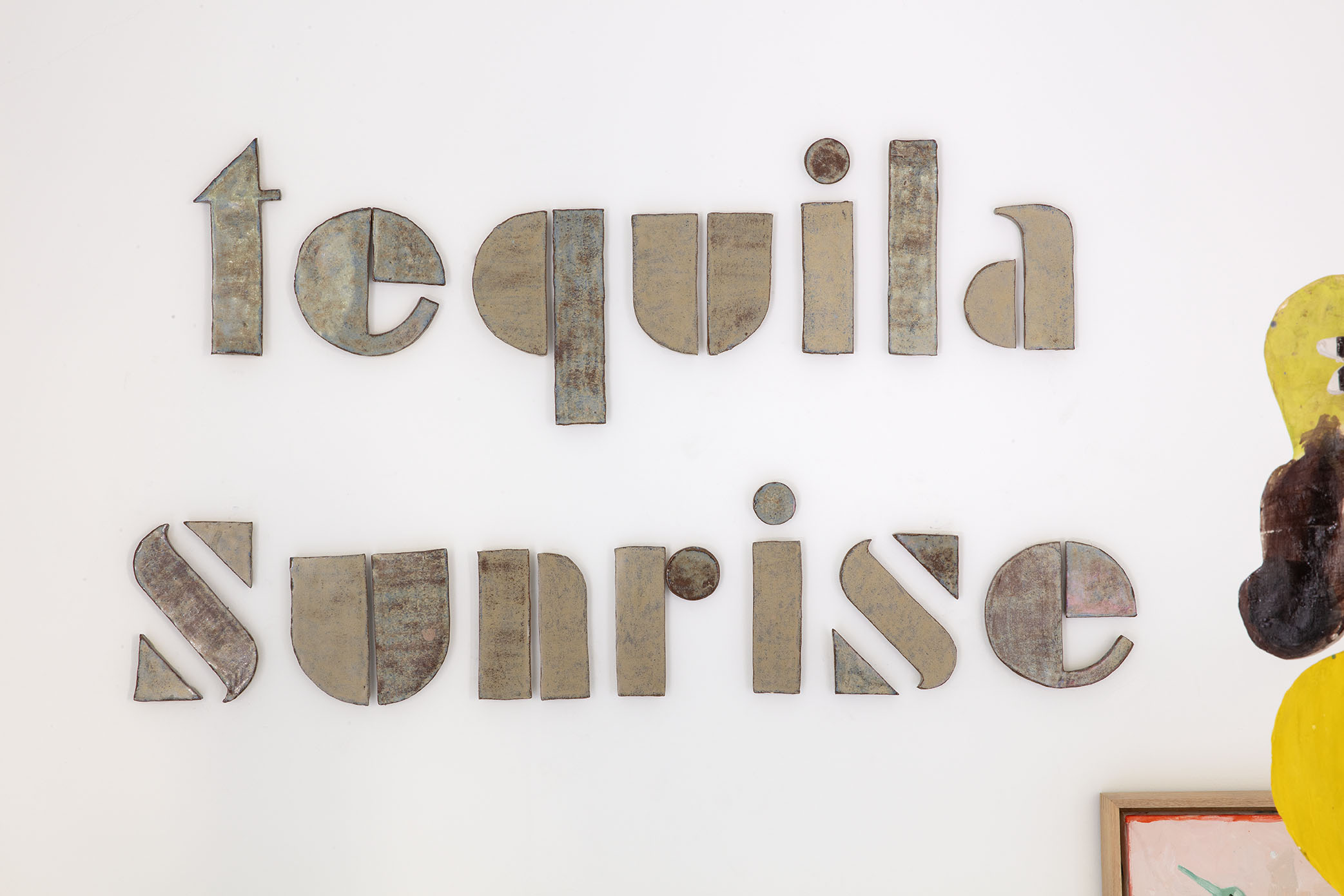 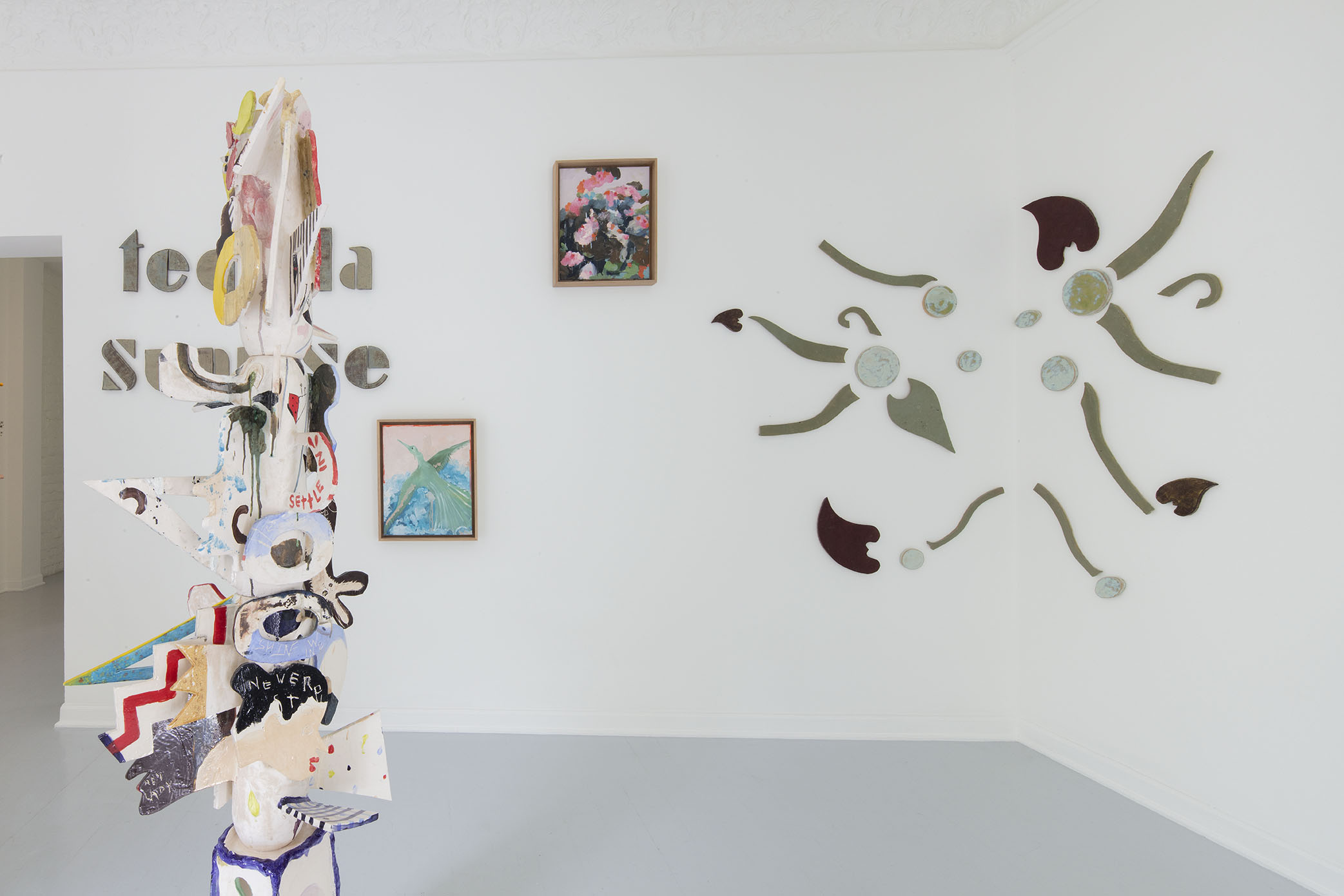 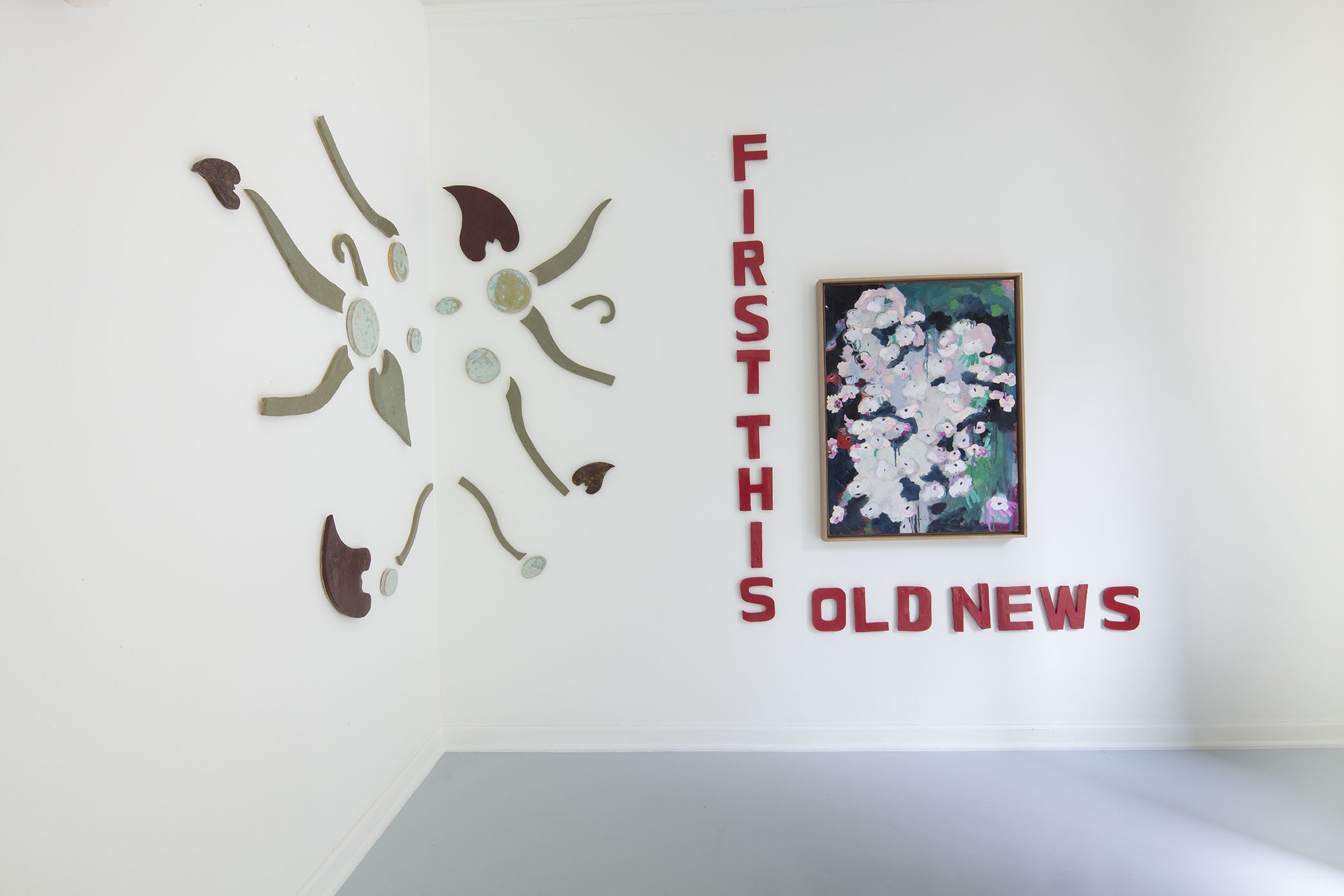 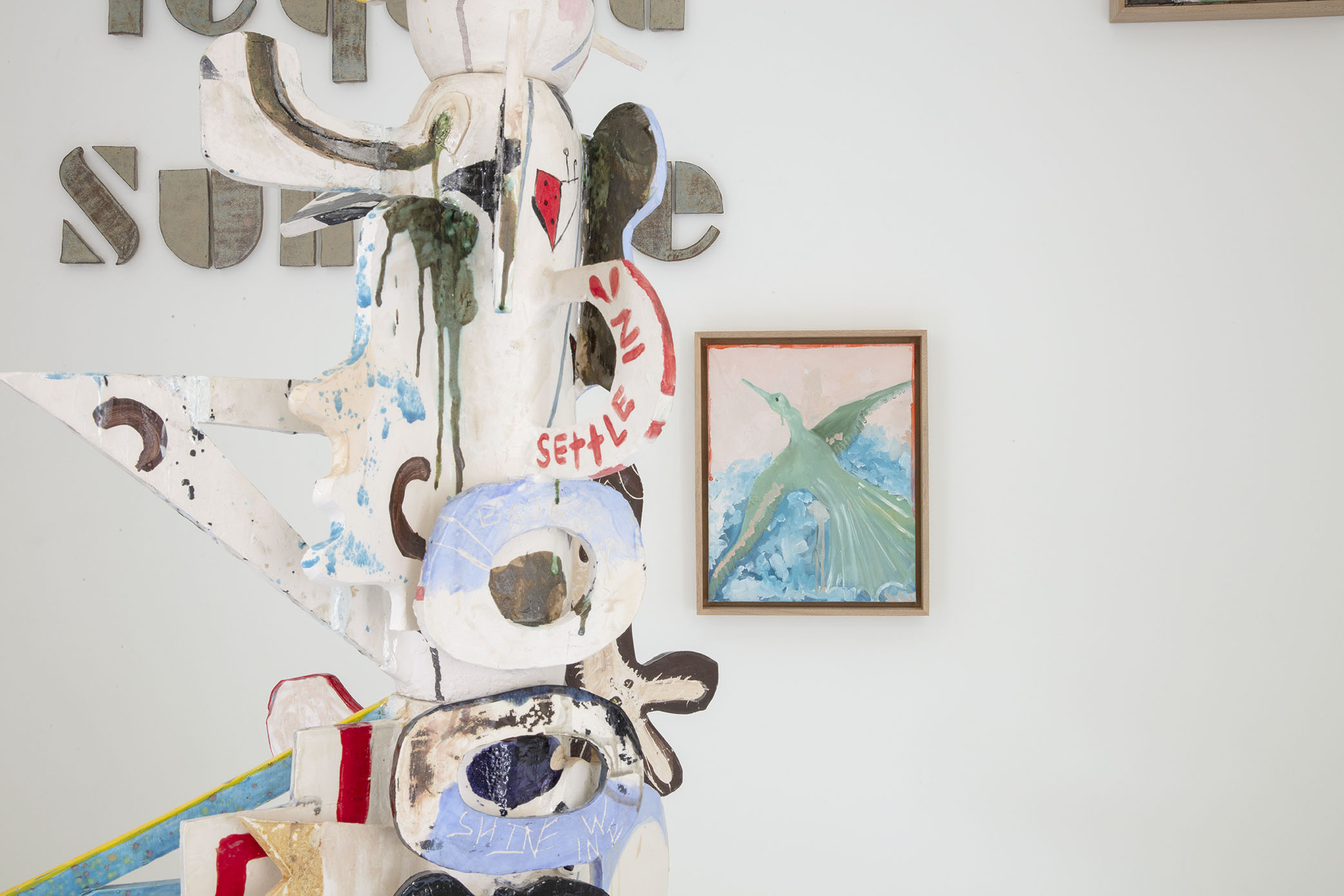 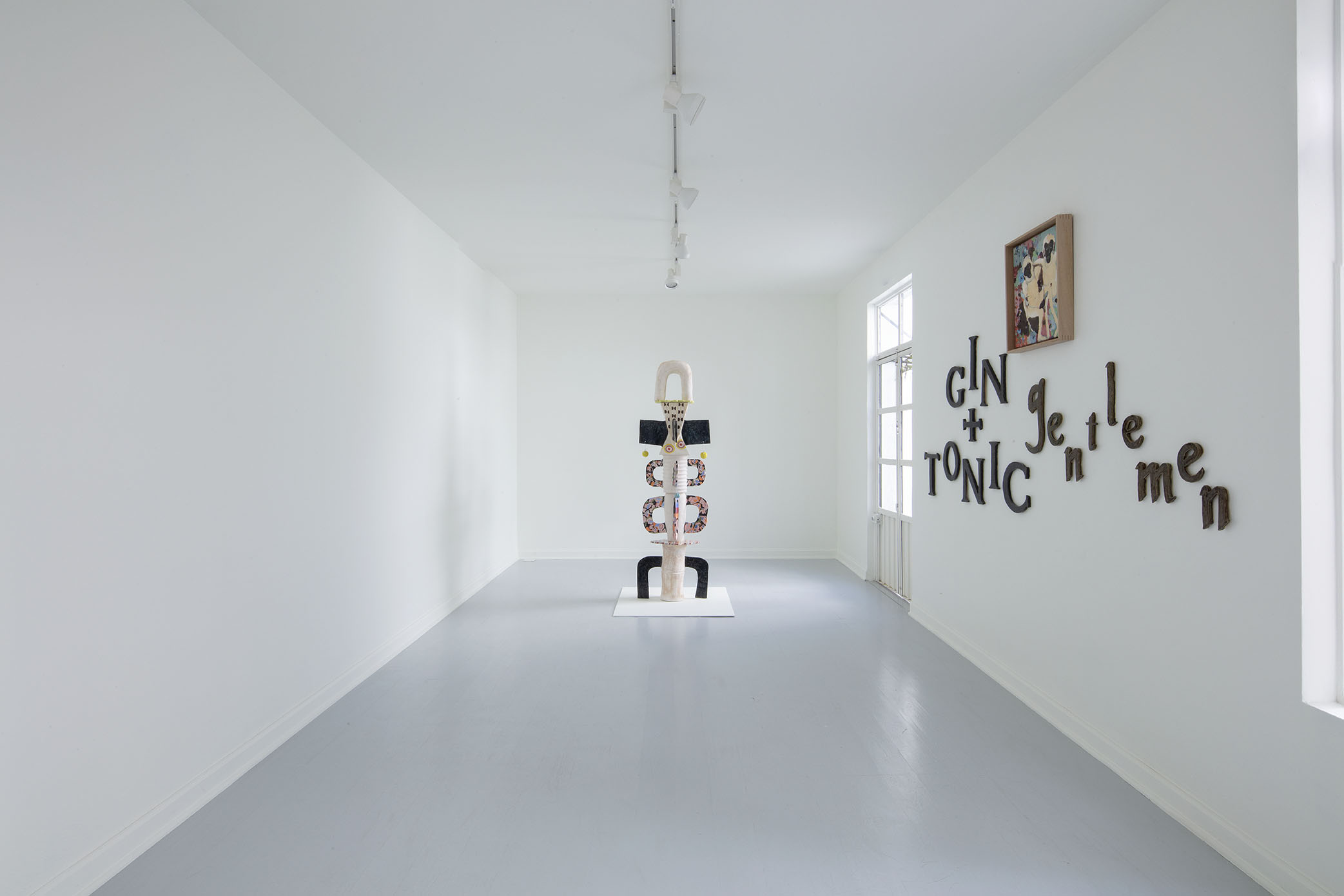 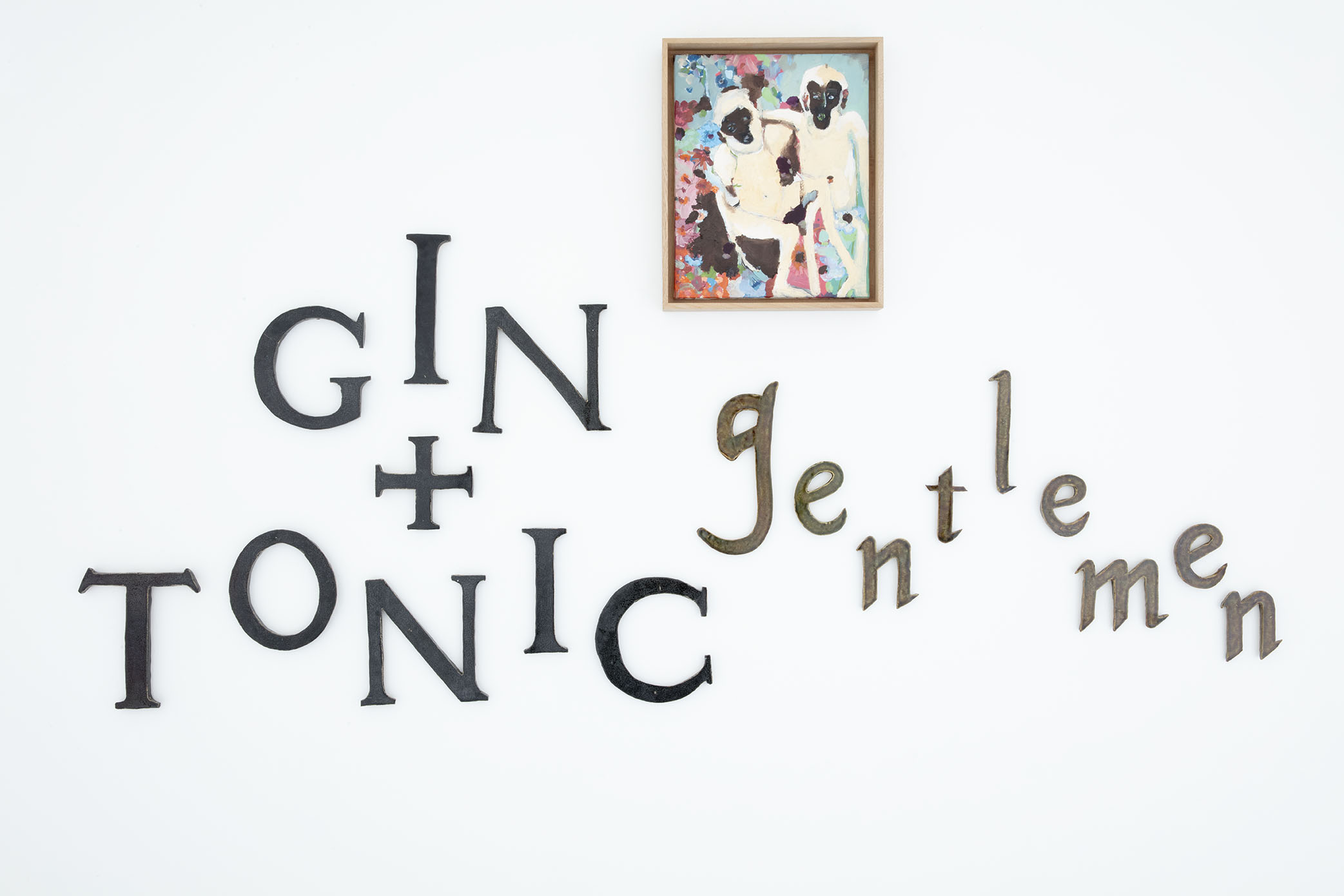 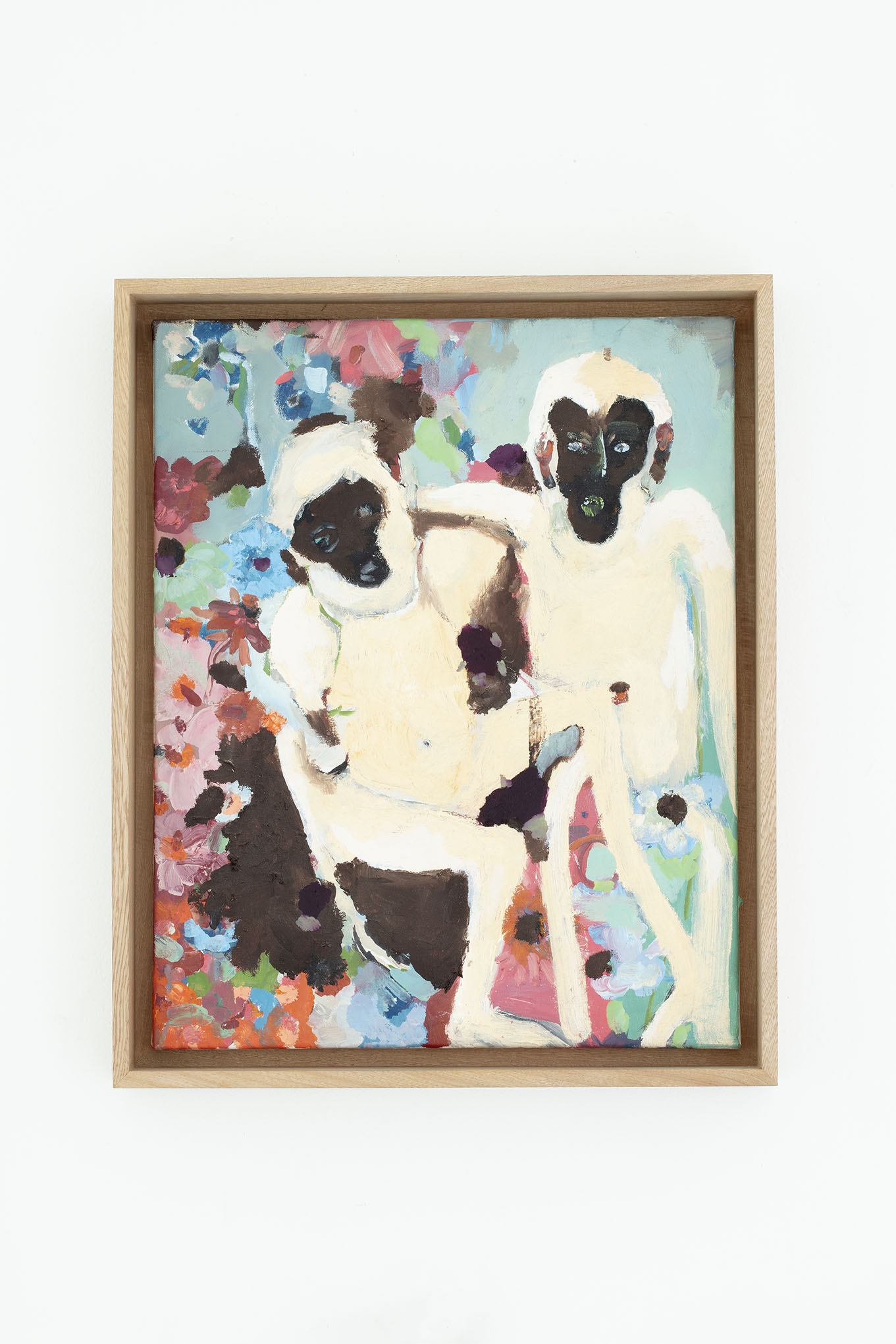 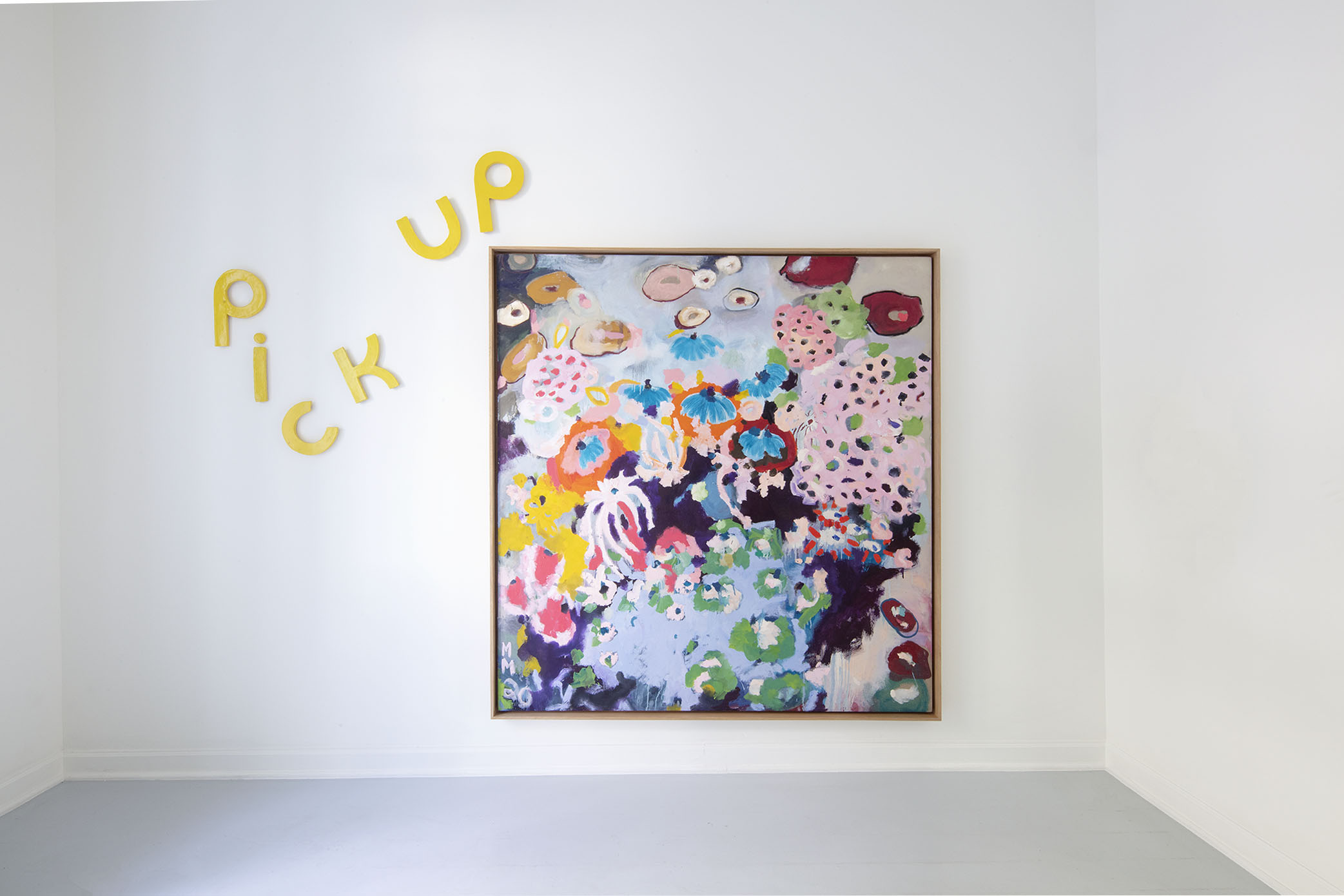 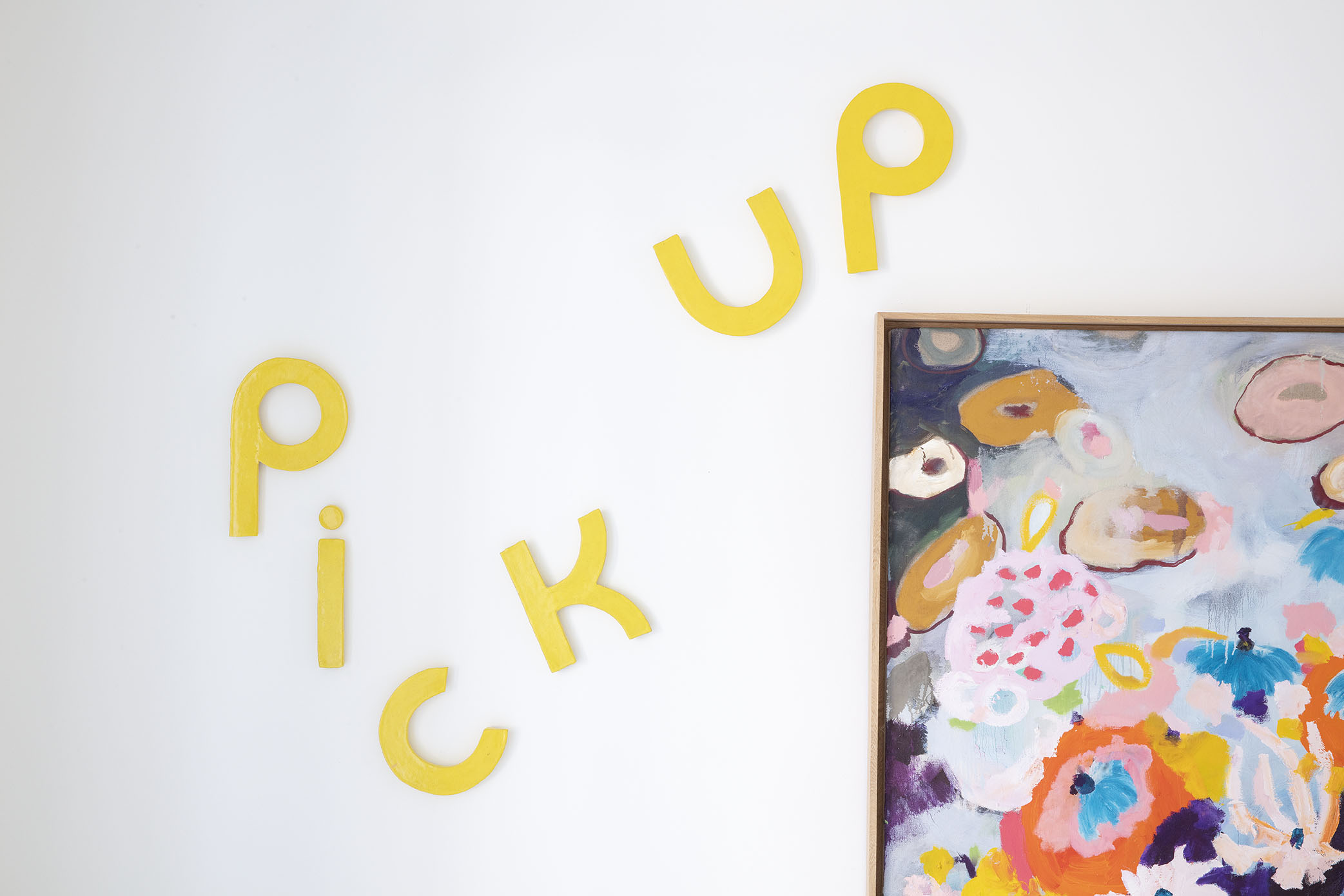 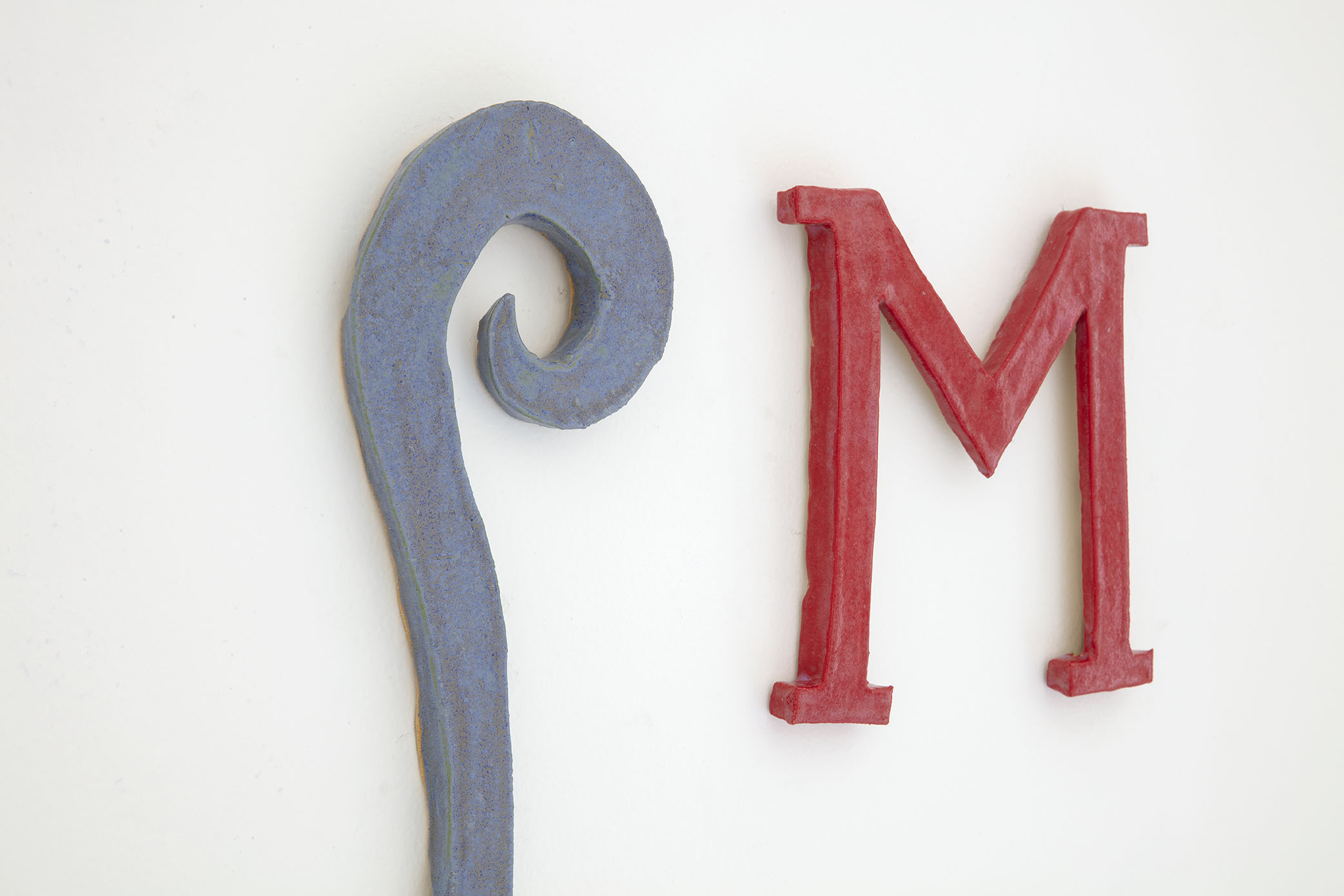 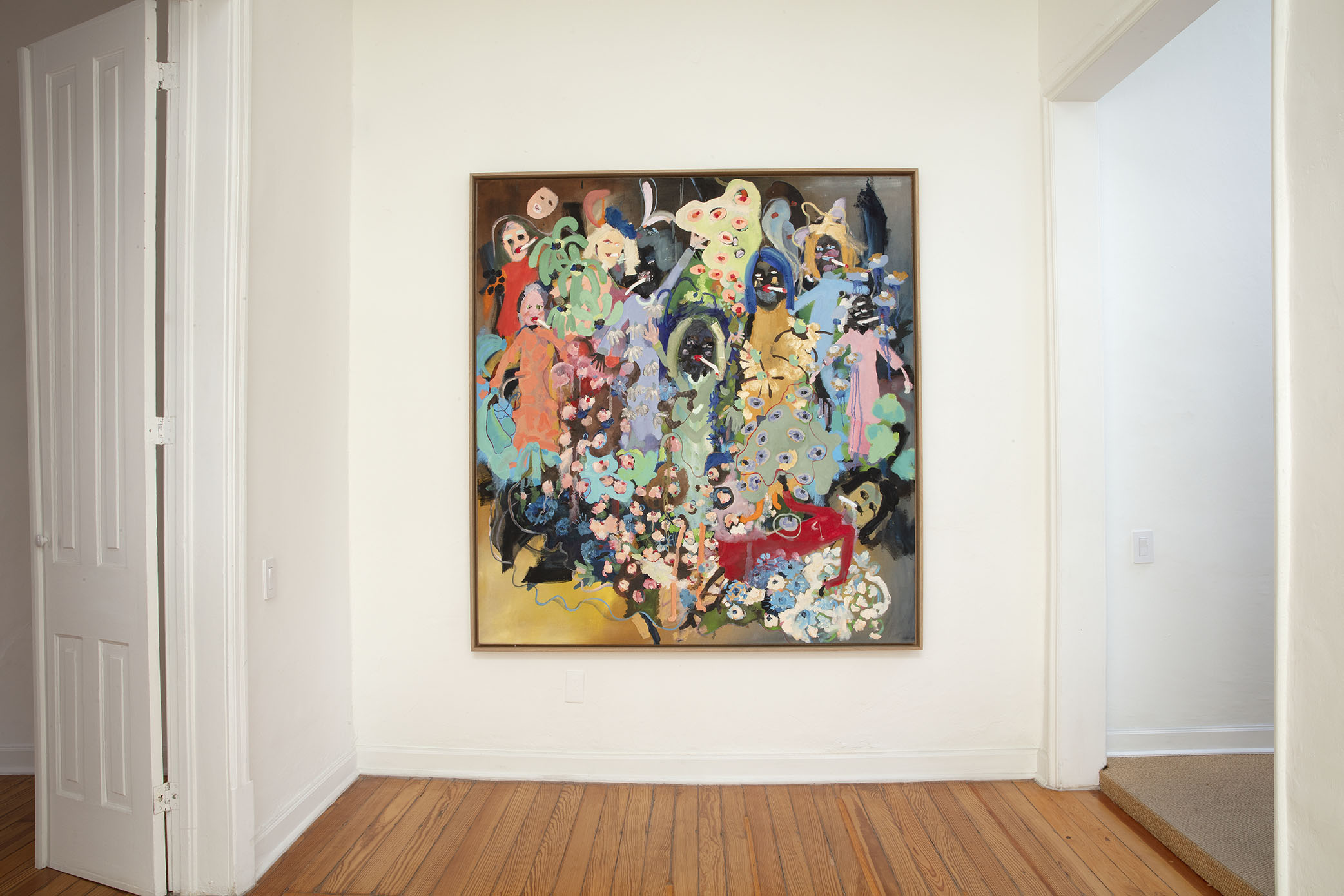 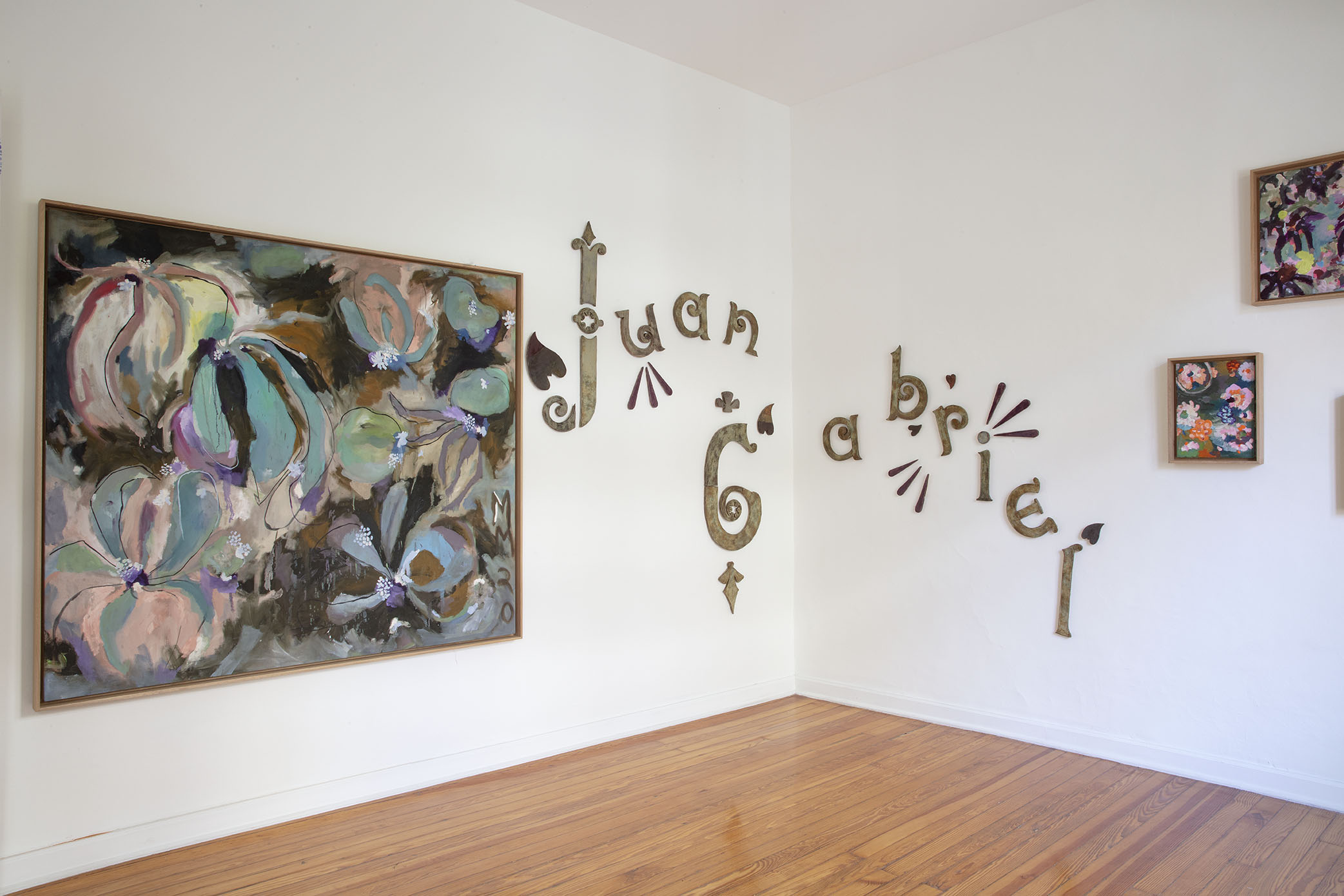 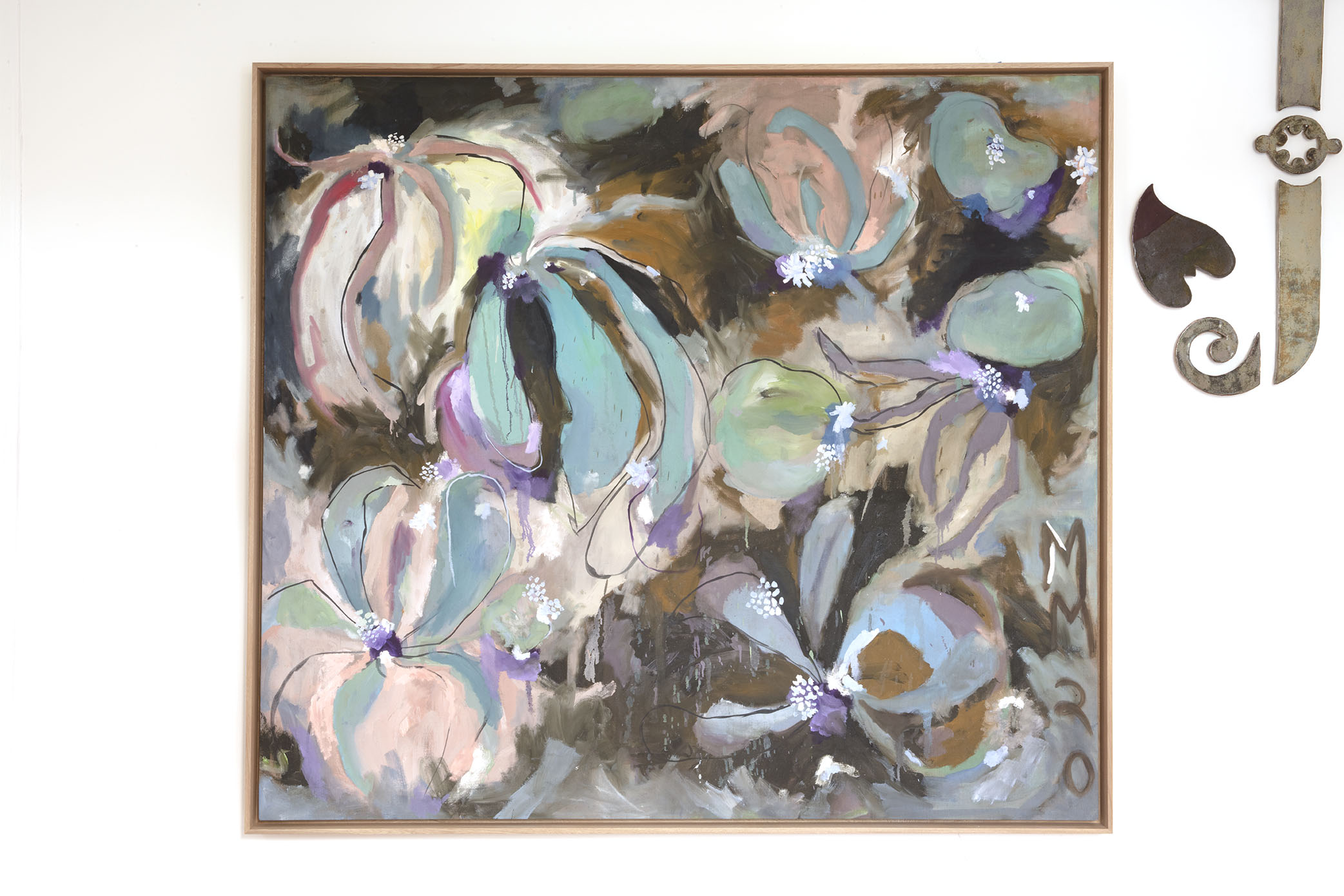 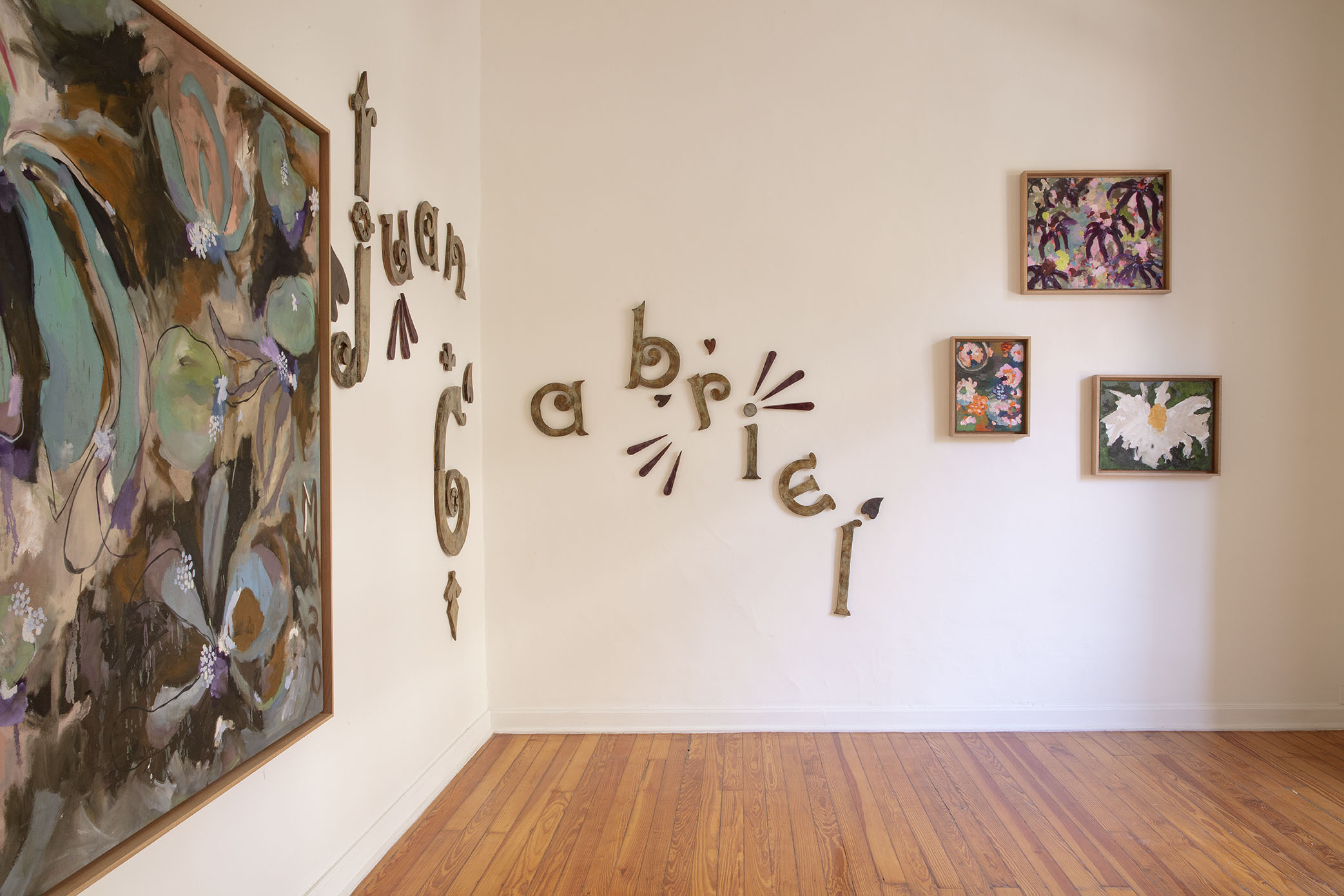 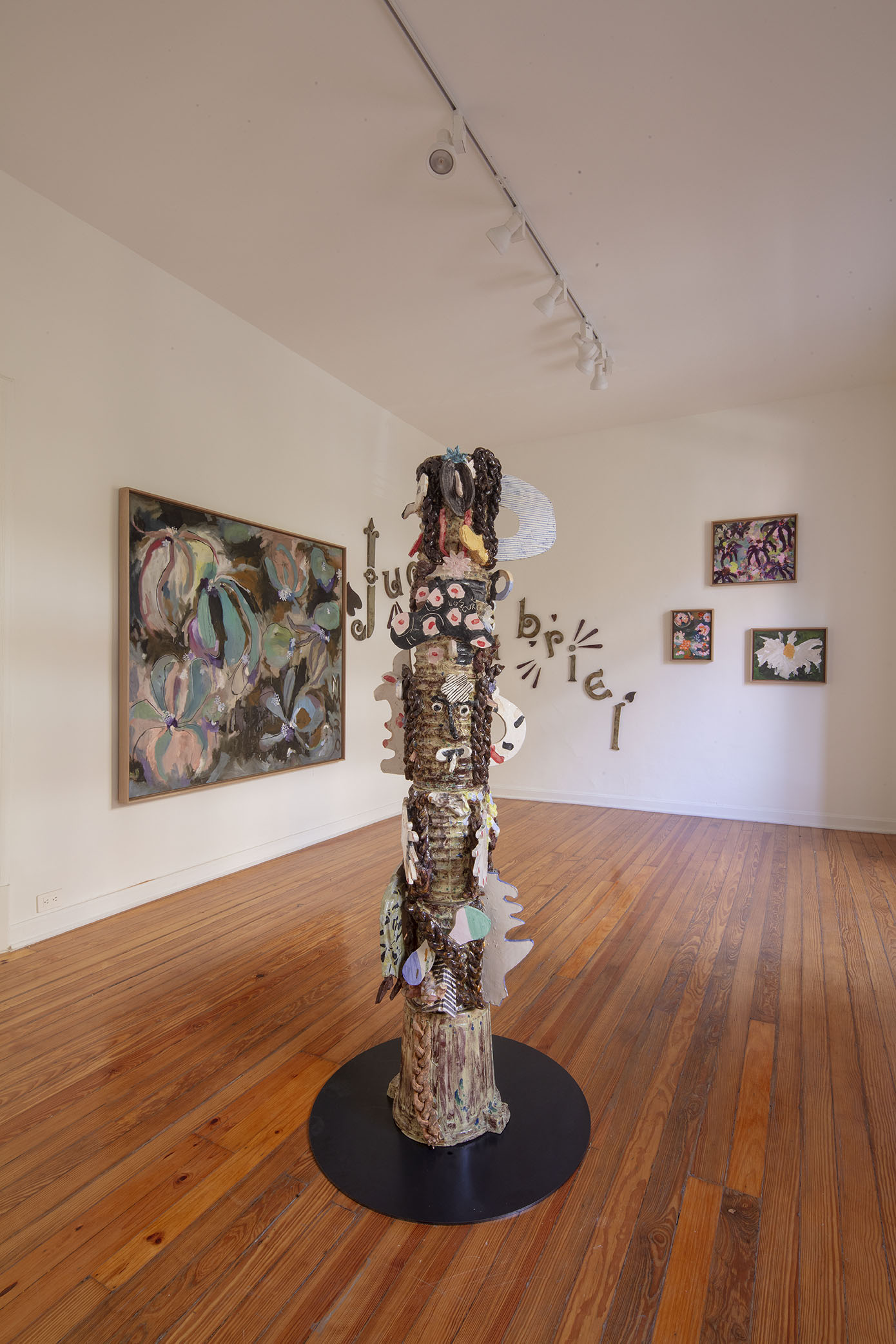 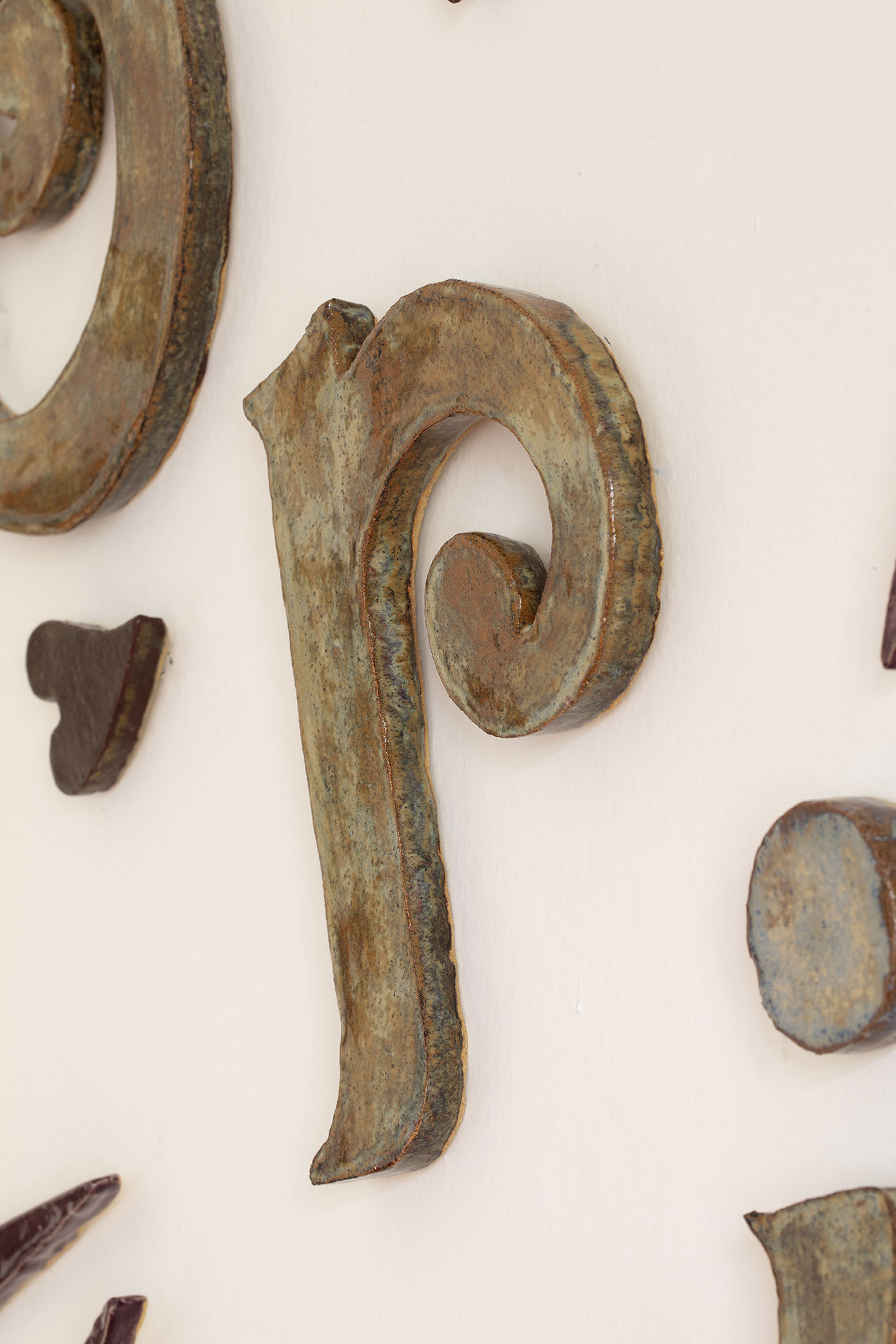 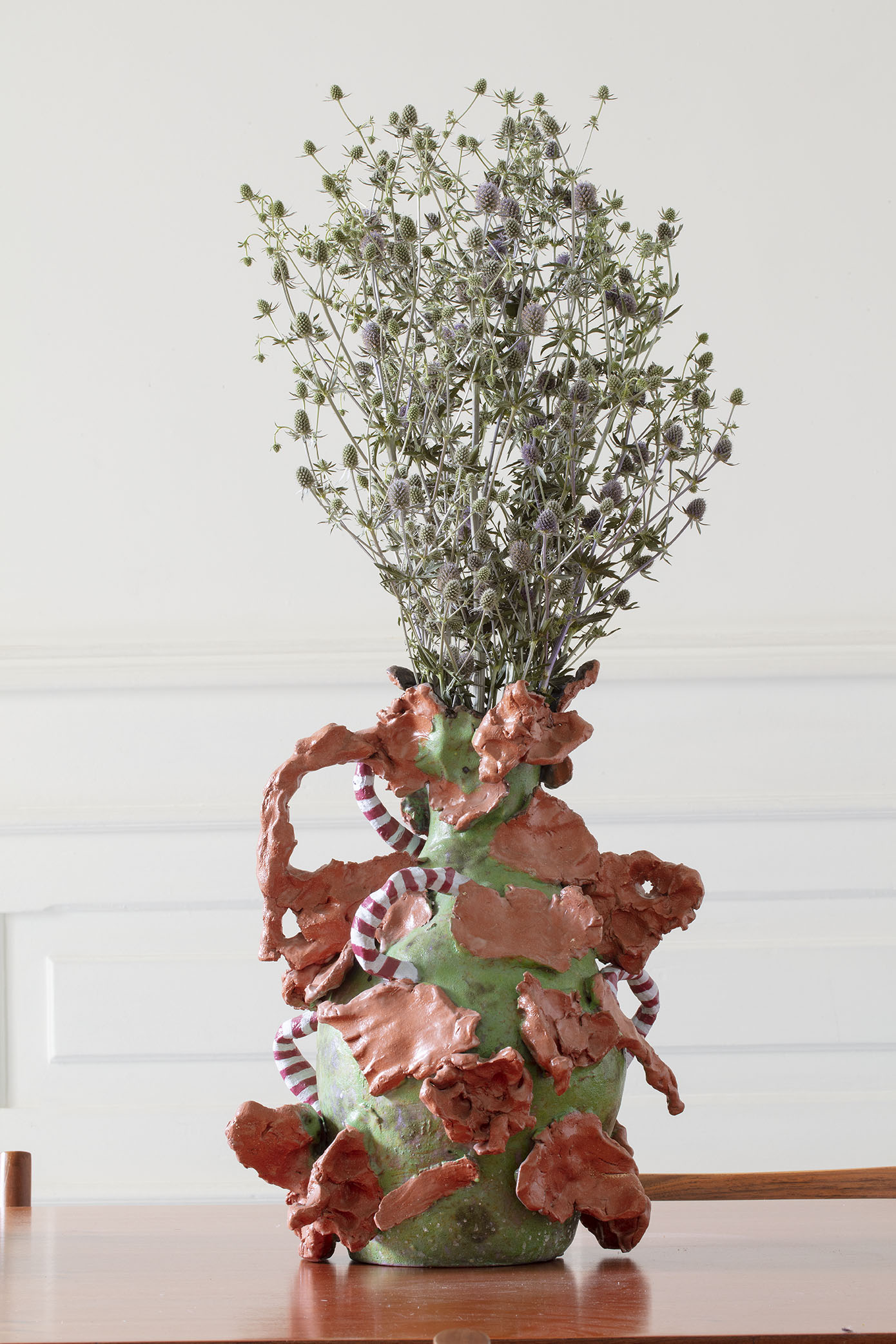 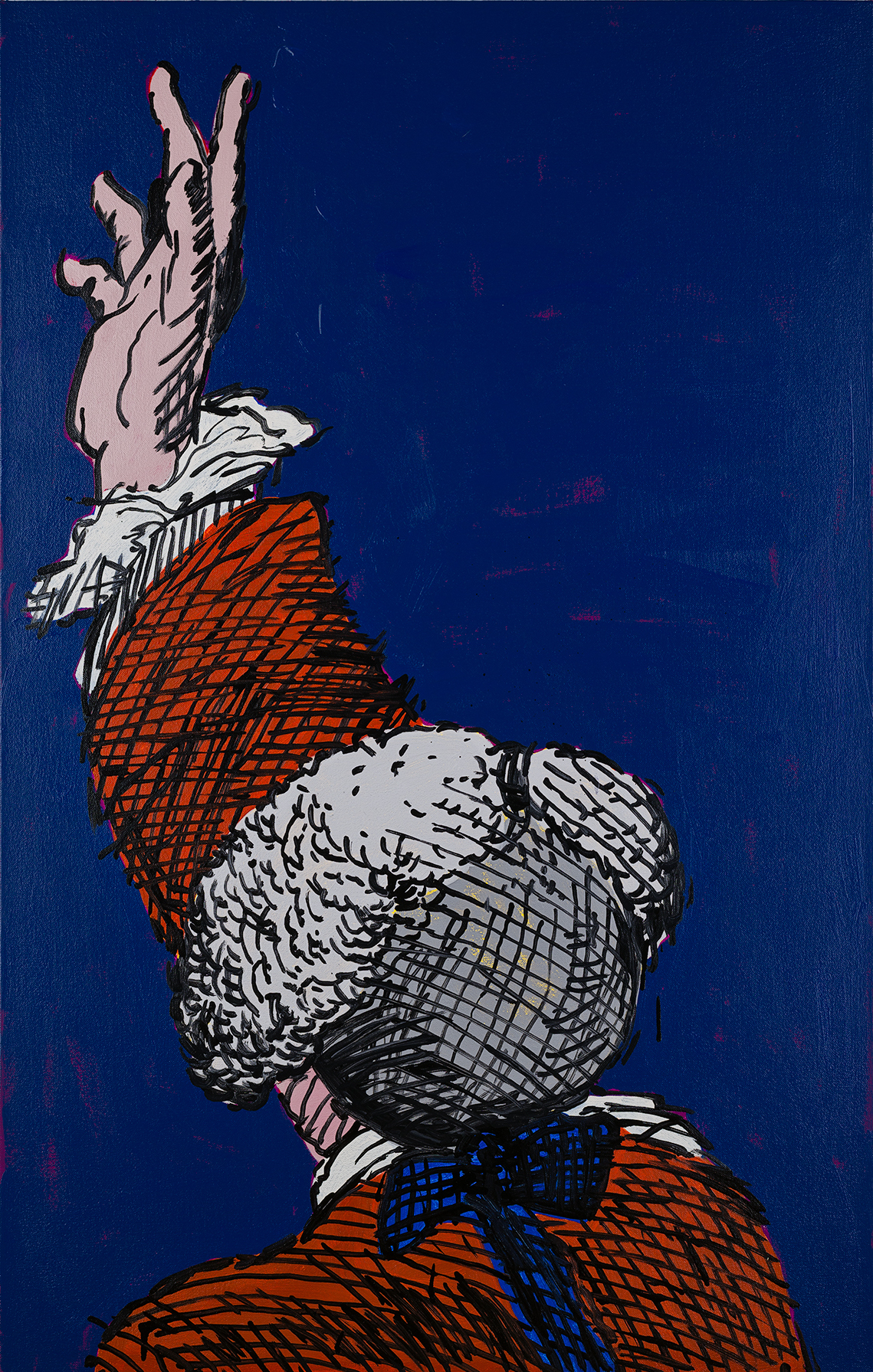 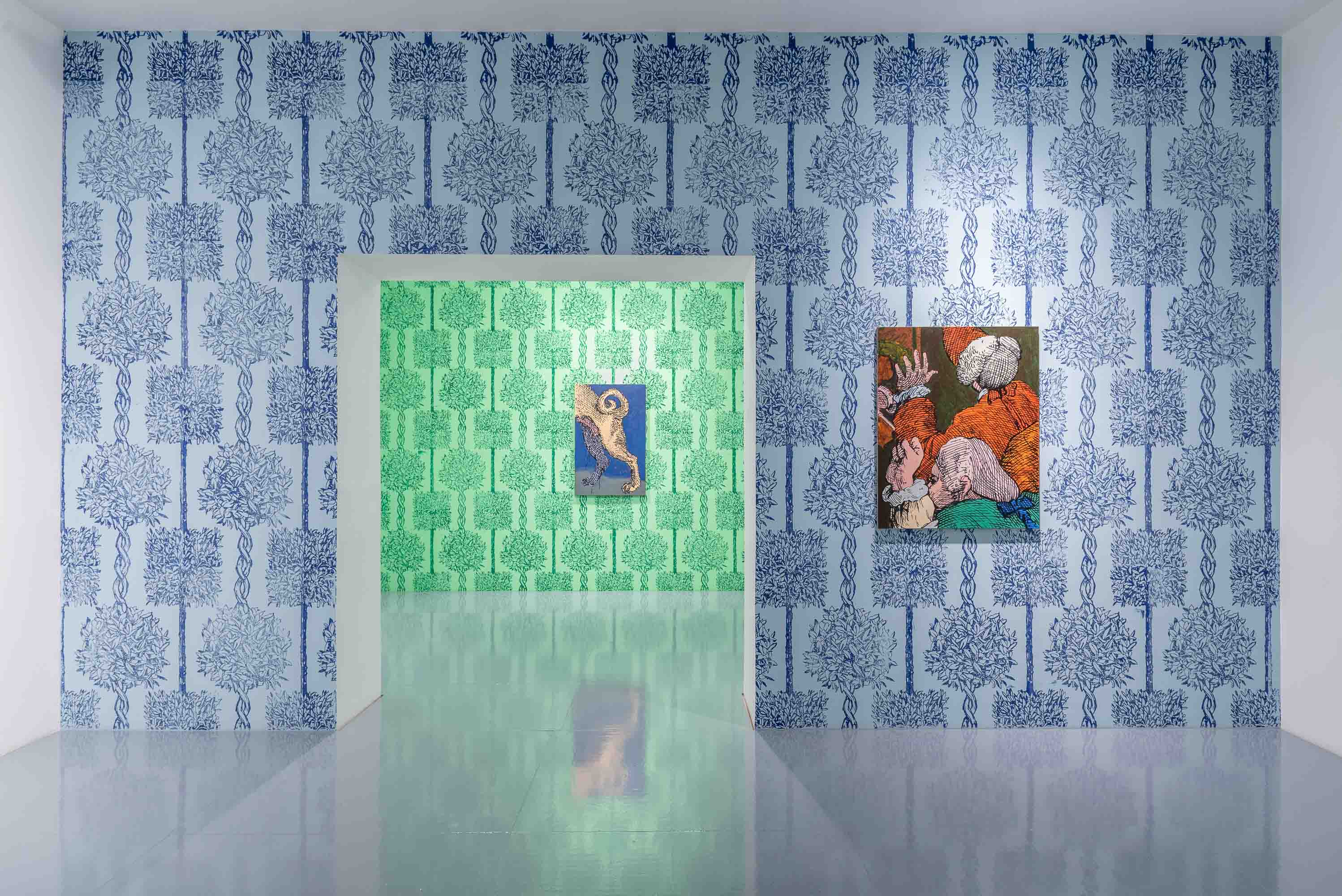 Charlie Billingham (London, 1984) lives and works in the city of London, England. Through means such as painting and installation, Billingham isolates and re-contextualizes elements of Georgian and Regency prints and drawings from the 18th and early 19th century, establishing a kind of historical contrast. From a contemporary perspective, and with certain ironic and playful touches, the artist uses painting as a tool to create more complex environments, immersive installations that position history as a place that can be visited and revisited.

Hand Gestures is an installation consisting of a series of recent paintings and a wall painting specifically designed for the exhibition. The paintings recreate a series of isolated objects such as hands, feet, documents, chandeliers and wigs, the partial form of which is the suggestion that they exist in a larger universe. Billingham has developed a particular style of painting from a combination of shades, gradients and line drawing, a technique reminiscent of 18th century engraving methods.

The group of paintings in this exhibition originates from a previous project, which refers to A Rake’s Progress, a series of oil paintings by William Hogarth that were transformed into prints in 1735. In this series of eight images, the moral of Tom Rakewell is narrated, an heir who begins a path of descent into vice and ruin, ending up in jail, and ultimately, in a psychiatric hospital. Billingham has located certain elements of these baroque images that are later treated as independent scenes. However, despite the source of the paintings, this show privileges the narrative power of the images themselves, regardless of their historical origin. Hand Gestures delves into an even broader story (at a much more dizzying speed) that alludes to the origin and trajectory of the hands in the history of representation – from the first cave paintings some twenty thousand years ago, through the anatomical studies of the Renaissance, and culminating in the codification and syncretism of the Emoji. Billingham bets on the idea of ​​the hand and its expression – the gesture – as a broader and more powerful story that has the ability to intersect the history of representation and image.

The Czech-Brazilian philosopher Vilém Flusser, who has deeply studied the notion of gesture, defines it as “a movement of the body or a tool attached to the body, for which there is no satisfactory causal explanation.”[1] In this sense, Flusser differentiates between mechanical movement as something linked to survival, and gesture, as a movement related to an ulterior intention. Flusser also speaks of the human ability to read that intention in real time, and to decode it – which ultimately produces a series of articulated interpretations, or in other words, intuition. Billingham appeals to the intuitive system as the point where his paintings create moments of convergence and divergence, and the possibility of inferring meanings in the gestures depicted in the paintings.Certain works such as Roundabout, The Life Guardsman or Duke’s Meadows, present a series of hand movements that the viewer can immediately associate with intentions, even emotions. An interesting peculiarity that Billingham poses is the expressive possibility of other objects, even of other species. In The Hog and Dog, it is a dog’s hind leg and tail that gives the viewer a clue to the animal’s intention. In turn, the distinctive wall painting recreates a composition based on artistic pruning trees typical of the British public space, a tradition whose style solidified around the 18th century, and is in the artist’s words “one of the most perverse levels of the interference of man towards nature, who with his own hands tries to create order and beauty.”

In summary, Hand Gestures is a study of the gesture in its different dimensions: as a formal entity, where the pictorial gesture – through variation, movement of the line, and color – creates intricate visual environments, and transmits the intention of the artist; as a physical entity, where the gesture is declared a real and therefore representable phenomenon; and as a political entity, where the gesture is used to abstract, mediate and transmit a specific intention. Continuing the legacy of sharp British art, Billingham transforms images and their genealogy, appropriating them, allowing an open space for interpretation that does not prescribe answers.

Charlie Billingham (b. 1984, London, UK) graduated from Fine Art and History of Art at The University of Edinburgh and Edinburgh College of Art (2008) and Fine Art at the Royal Academy Schools, London (2013).